Brad Pitt: ‘I cling to religion,’ now I believe ‘that we’re all connected’ 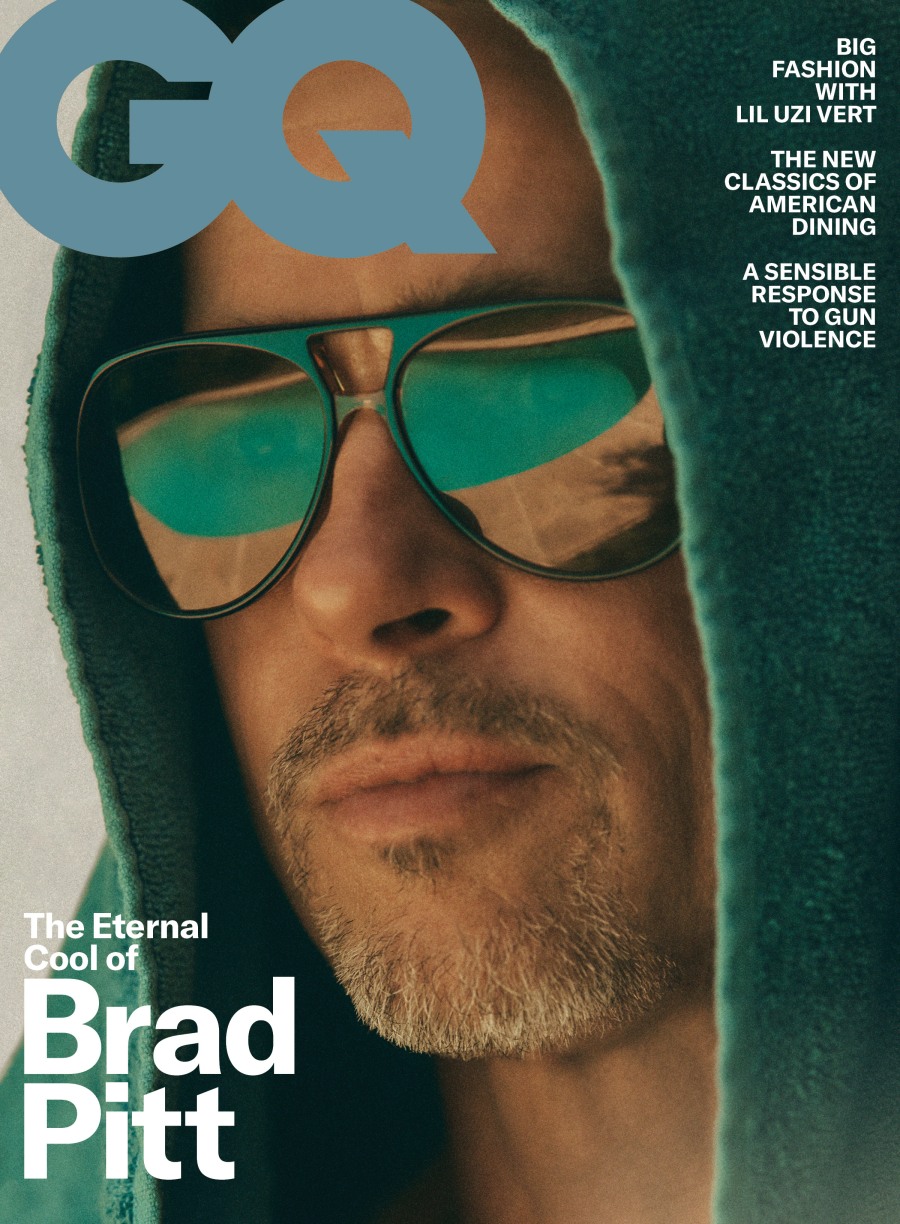 Are you in the mood for a long-read profile of Brad Pitt where he talks endlessly about Hollywood (as a business) and fame and faith? I’m really asking, because I was not in the mood for it when I sat down to read Brad’s October GQ cover profile. I thought it would be a more standard profile of Brad, where he talked around the controversial issues of his life. But no – there’s only one reference to Angelina Jolie here (and it was made in passing by the GQ writer) and the conversation about fatherhood is mostly in relation to the themes of Ad Astra, the film Brad is shilling in the interview. Yes, Brad will spill his guts to a magazine, but not about anything that might make him look less like a cool, intellectual movie star. You can read the full piece here. Some highlights:

He always wonders if a different actor should play his parts: “It’s been my question the last 15 years: ‘If I’m gonna do the role, what can I bring to it that someone else can’t?’ Well, it’s about bringing my personal experience, my personal humor, my personal, um, embarrassments, and my personal pains. When I watch [Christian] Bale or [Tom] Hardy, I can’t do what they do. I love watching them. And I couldn’t step into that role.” But: “I want to do the same thing on my end.”

His changing attitude towards the acting life: “Maybe it’s just getting older too, man. It’s just getting f–king older! How you become more aware of time, and you’ve had more experience, good and bad, with people. And your own wins and losses—the older you get, they don’t seem like so much of a win or so much of a loss. Who you spend your time with, how you spend time—it has just become much more important to me… There was just too much emphasis on finding interesting characters. I went, ‘F–k me, man. Live an interesting life and the rest will take care of itself.’ Like, ‘You go out and you…live an interesting life. Get out and have real experiences.’ And that is what informs the work. Not going to find the interesting work and then trying to make it up. I just became more conscious of how I was living versus what I was living for.”

His characters never haunt him: He said he didn’t really recognize the actors who talked about being consumed or haunted by the roles they played, “like James Dean, he couldn’t let go of his character for three months after—I’m not that person. I don’t understand that.” Pitt leaves his characters behind the moment he finishes playing them. “I’m off. Gone.”

Just an actor: “Something that always bugs me is when they say, ‘Well, he’s an actor,’ or ‘She’s an actor, actress, actor.’ Meaning the connotation is that you go and fake something. And acting is the exact opposite. I just want to get that on the record. It bugs the s–t out of me.”

On faith & connection: “I’m optimistic about the possibility of connection. I’ve gone through everything. Like, I cling to religion. I grew up with Christianity. Always questioned it, but it worked at times. And then when I got on my own, I completely left it and I called myself agnostic. Tried a few spiritual things but didn’t feel right. Then I called myself an atheist for a while, just kind of being rebellious. I wasn’t really. But I kinda labeled myself that for a while. It felt punk rock enough. And then I found myself coming back around to just belief in—I hate to use the word spirituality, but just a belief in that we’re all connected.” He admits that he’s more attracted to the authentic unknown. “The people I’m really drawn to, they just have no filter. They have no protection. They have no filter on their thoughts. They sometimes get in trouble because of that, but I adore them. I adore that they’re just so open and raw about their feelings at any moment.”

On flaws & vulnerability: “Everything’s cyclical. It seems new to me, because coming from where I’m coming from and the movies I grew up on. But it seems to me that this idea of: There’s strength in vulnerability. It’s not a posing, strength of muscles, ‘I can do anything’ kind of blind confidence, but it’s a real confidence in really knowing yourself, your strengths, your weaknesses. And being really…vulnerable to and open with the people you encounter, the people you love. Being able to laugh at your foibles.”

He also refers to himself as “a kid from the Ozarks” several times, like that’s his new brand or something. I’m half-expecting him to start a lifestyle blog called Dude From The Ozarks where he pushes faux-spirituality articles in between musings on whether he and Tom Hardy are up for the same roles (are they?). What really irritates me is the “elephant in the room” part of all of Brad’s interviews. It’s clear that writers can make references to the fact that Brad is a different person NOW, as opposed to who he was four years ago. But it feels like people are being required to write around what the big change was in 2016, you know? 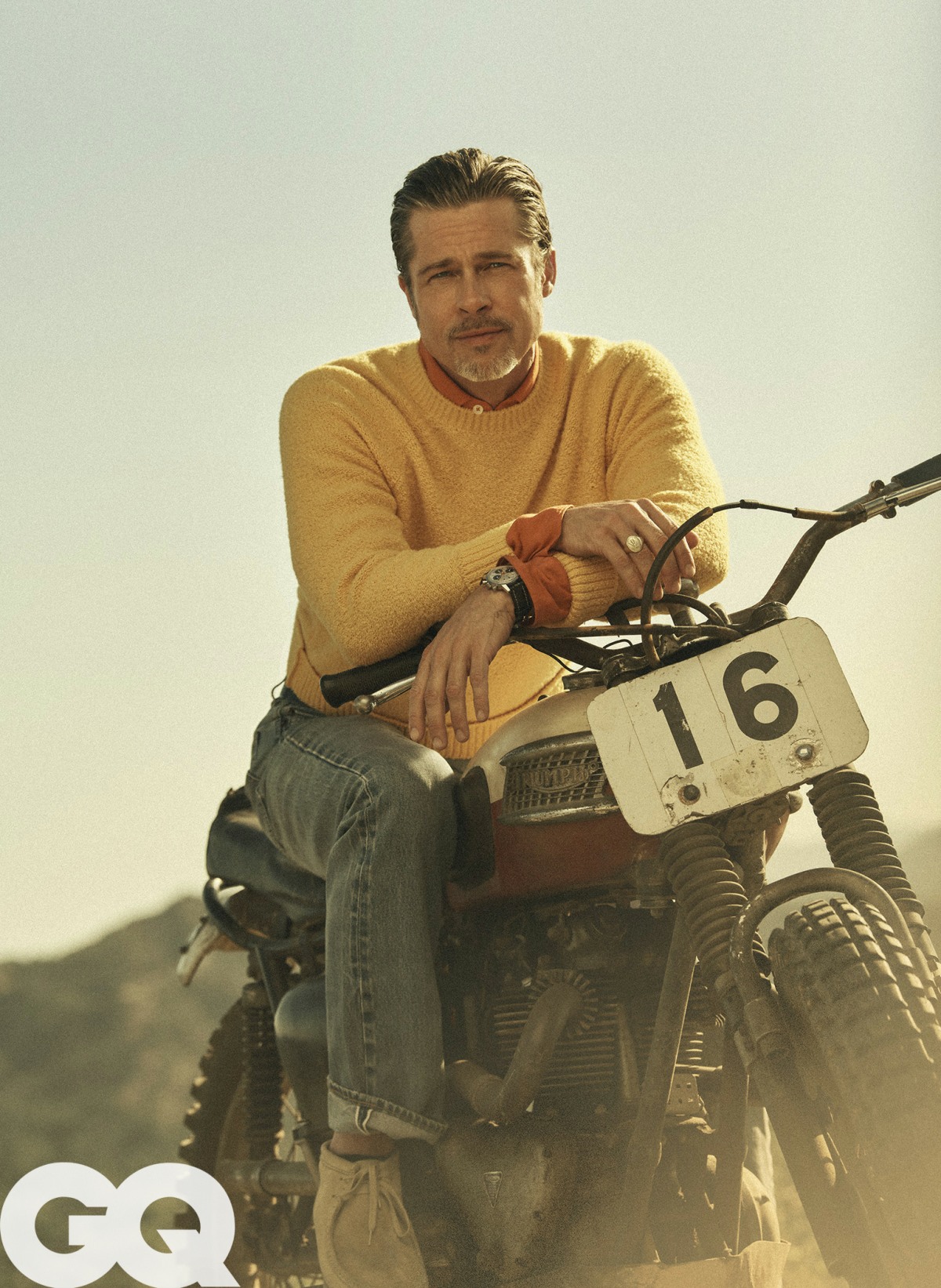 75 Responses to “Brad Pitt: ‘I cling to religion,’ now I believe ‘that we’re all connected’”