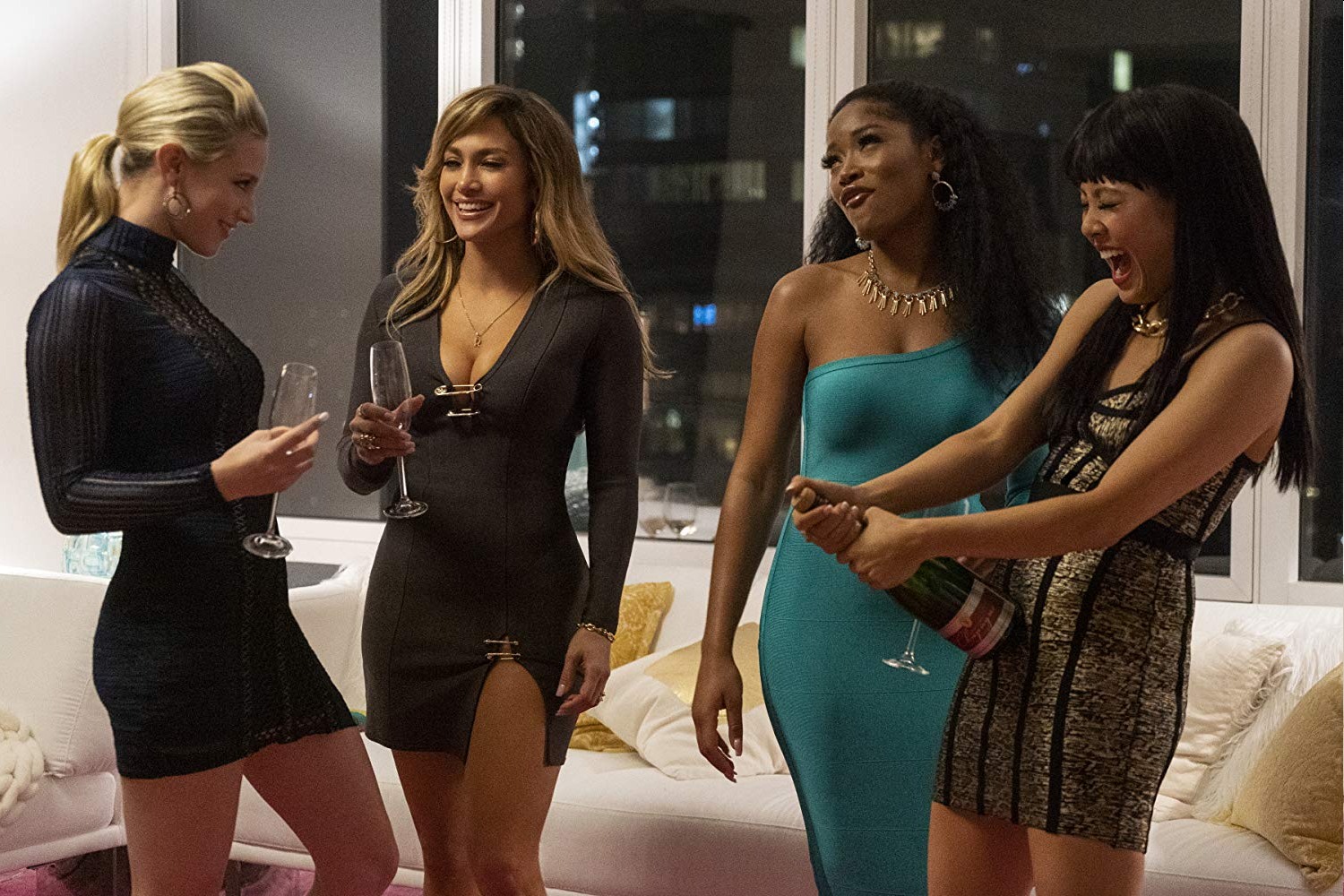 It had been months since I actually went to a movie theater and seen a movie on opening weekend. But I did it for Hustlers. The reviews were amazing and I wanted to see if Jennifer Lopez deserved the Oscar buzz. Guess what? SHE DOES. Jennifer Lopez completely and totally deserves an Oscar for Hustlers. Her strip club entrance is Oscar-worthy in itself, but her entire performance is brilliant. I’m so excited for her!!! The entire film is enjoyable too – Constance Wu is maybe the weakest part (she’s “the lead” but not really), but the ensemble is so strong and Keke Palmer is hilarious and just… everything. It’s a really enjoyable movie – not too dark but not too rah-rah-girl-power. You never forget that these women are doing some terrible things, but even then, you halfway root for them.

Jennifer Lopez will probably get an Oscar nomination, and God willing, an Oscar. That alone will make Hustlers an incredibly successful venture. But did you also know that J.Lo produced the film and she was a major player in putting together an all-female team, including writer-director Lorene Scafaria? And Jennifer’s being rewarded financially too: Hustlers is making money.

“Hustlers” rolled in the Benjamins this weekend, collecting $33.2 million when it debuted in 3,250 North American theaters. Boosted by rave reviews and stellar word of mouth, “Hustlers” beat expectations and now ranks as the best start for an STX film, along with the biggest live-action opening weekend for stars Jennifer Lopez and Constance Wu.

“Hustlers” arrived in second place behind Warner Bros.’ “It: Chapter Two,” which claimed the No. 1 spot for the second weekend in a row. The terrifying sequel pocketed another $40 million this weekend, marking a 55% decline from its inaugural outing. The follow-up to 2017’s “It” has earned $153 million in North America and $323 million globally. Between “It: Chapter Two” and its predecessor, the franchised based on Stephen King’s horror novel has generated over $1 billion worldwide.

At a time when Netflix and other streaming services are diluting audiences’ desire to see smaller comedies and dramas in theaters, STX’s motion picture group chairman Adam Fogelson points to a number of factors for the success of “Hustlers.”

“It was the reviews, the level of audience response and a great script from a filmmaker who had a spectacular vision,” Fogelson said. “The filmmaking team was almost entirely made up of strong women who had a really smart artistic and entertaining eye for how to tell this story. Never for a moment do you feel its inauthentic to the world of strip clubs and the women who work there. It’s so clearly not told through a male gaze.” For that reason, young women turned out in force for “Hustlers.” Among opening weekend crowds, 67% were female and 69% were over the age of 25. The female-led ensemble also includes Julia Stiles, Keke Palmer, Lili Reinhart, Lizzo and Cardi B.

There were a lot of women in the theater when I went, but there were a lot of dudes too, including a gay couple who truly gasped in excitement when Jennifer first strutted onto the stage. Hustlers is truly the film for ALL demos.

Other box office notes: while Hustlers is the success story of the month, The Goldfinch is the bomb of the month. The Goldfinch only opened with… $2.6 million. I blame Ansel Elgort!! And Once Upon a Time in Hollywood has now made $329.4 million worldwide, making it Quentin Tarantino’s second highest-grossing movie after Django Unchained. How did Kill Bill Vol. 1 & Vol. 2 not make more money? 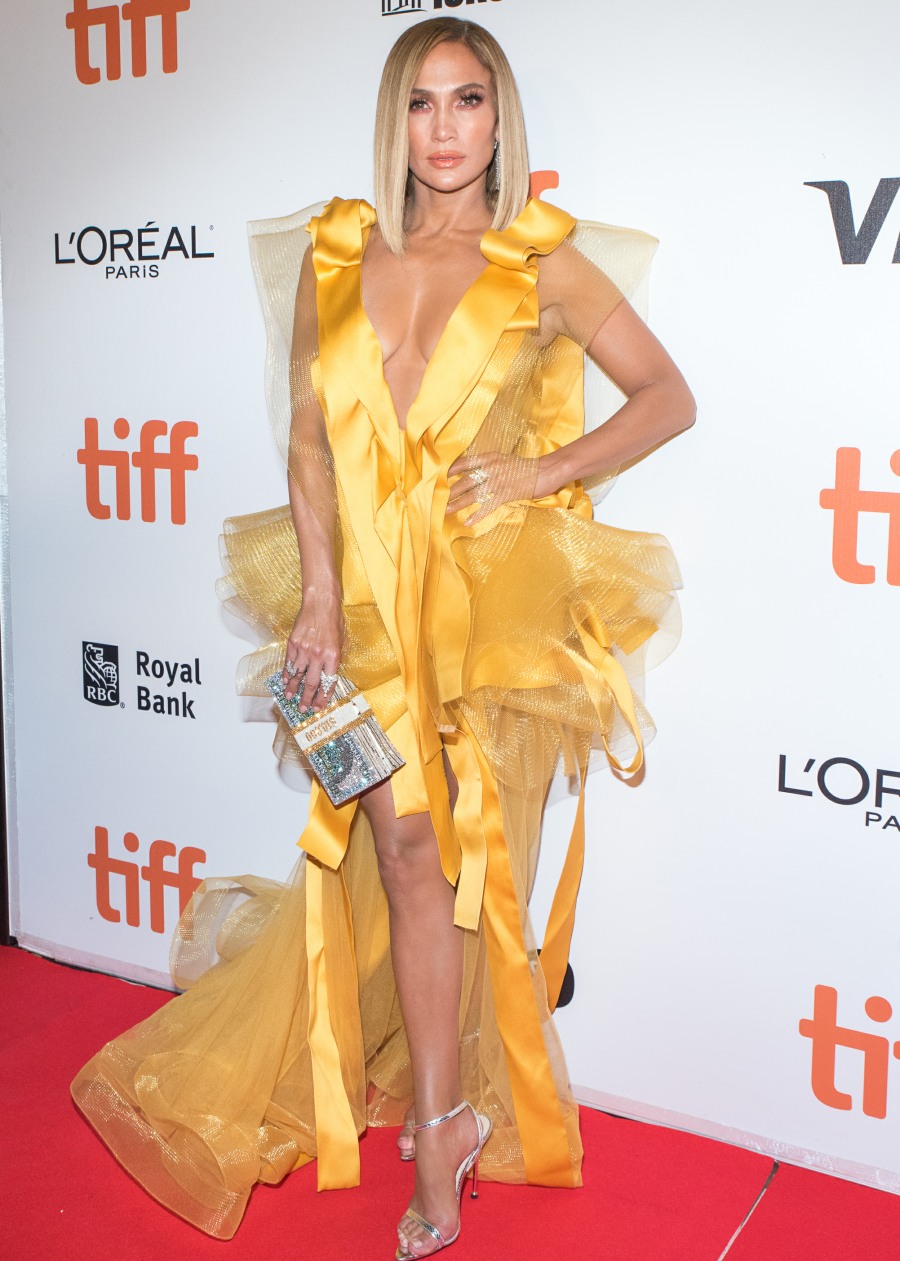