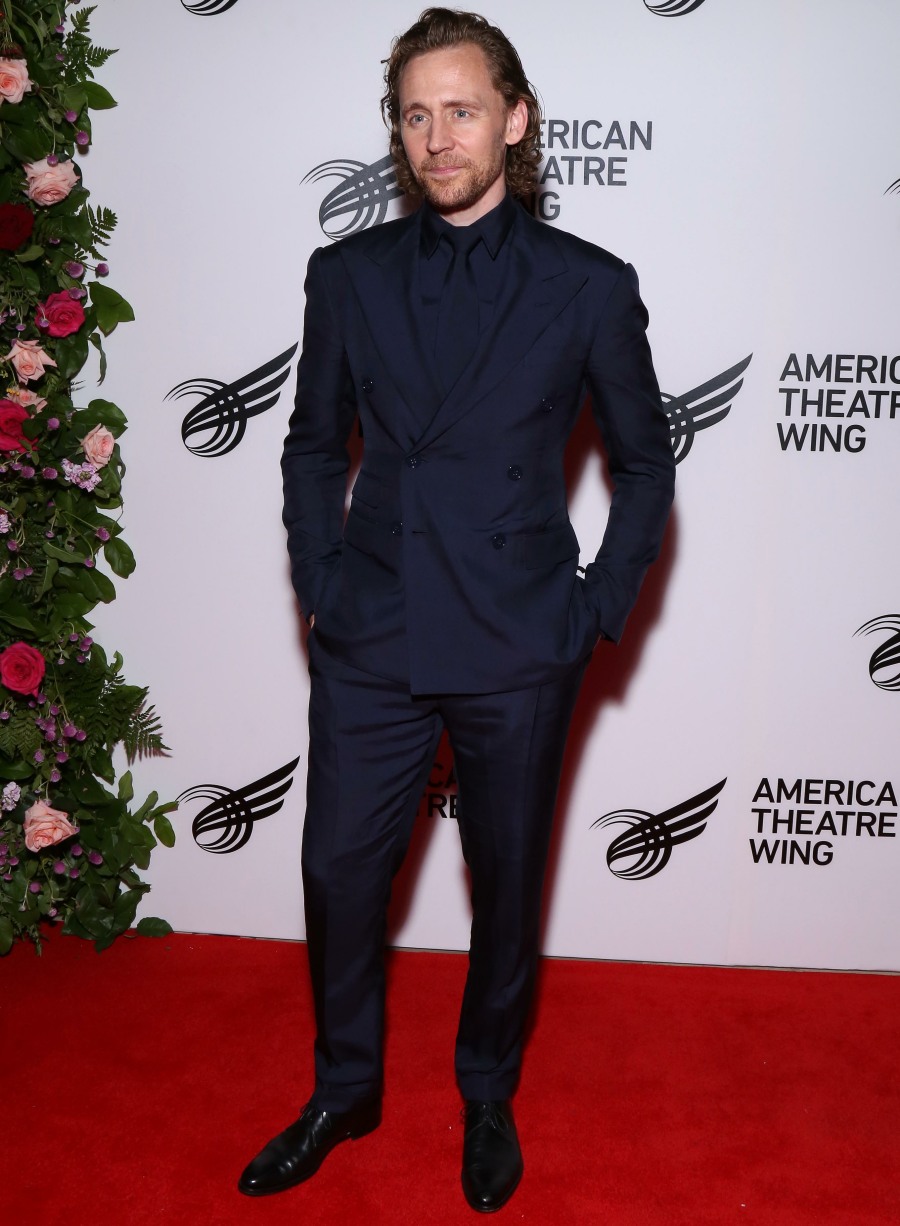 Here are some photos of Tom Hiddleston at the American Theatre Wing’s Say Yes To Artist Gala, which was held last night at Cipriani’s. Tom has obviously been in New York all summer, preparing and rehearsing Betrayal, which has been transferred from the London stage to Broadway. For all of the Betrayal events, Tom has been looking well put together, in his usual impeccable suits. Last night’s monochromatic look made him look like a gangster wannabe though. I have no idea what this is about.

Anyway, he’s doing Betrayal on Broadway and much like the London production, this Broadway production is wildly successful. Tom’s fans – whom I call Dragonflies – have been making the trek to see him in person. And while they’re there, they want to ENJOY the show. Sometimes they enjoy it too much:

Tom Hiddleston got the big ovation. An audience member at “Betrayal” on Broadway, which the “Night Manager” actor is starring in, was moved to tears, moans and spasms of ecstasy Wednesday at the Bernard B. Jacobs Theatre. A commenter on the All That Chat message board revealed that a person in their row at the performance, a well-dressed “young woman in her thirties,” felt the Harold Pinter play deeply — and she wasn’t Loki about it.

“My companion could feel a rhythmic banging against his armrest, punctuated by occasional low moans and giggles,” the unwitting voyeur said. “[It] got faster and faster until there was one slightly louder ‘Ha’, and she resumed her normal seat position, put her head back and closed her eyes.”

Close to the sexy infidelity drama’s climax, when Hiddleston walked downstage and passionately kissed co-star Zawe Ashton, the panting woman kicked off Round 2, again adjusting in her seat, furiously pounding her armrest, letting out a “Ha” and dozing off. “Betrayal” was good for her; she enthusiastically applauded at the end, and quickly exited, perhaps to light a cigarette.

Still catching his breath, show spokesman Rick Miramontez had no comment. “The show was really wonderful and the cast first-rate,” added the poster, who said this is the strangest behavior they’ve seen in 55 years of theater-going. “But you might want to avoid seat B-3.”

I would be so mad if I bought a ticket to a Broadway play and someone seated close to me was doing any of that. I mean… control yourselves, Dragonflies. It’s fine to get super-excited to see Tom Hiddleston. But save the energy for when you get back home, or back to your hotel. Anyway, I’m sort of wondering if this is actually real, or if this is maybe some kind of Dragonfly Stunt, some fakery on a message board, possibly to get Tom’s attention. 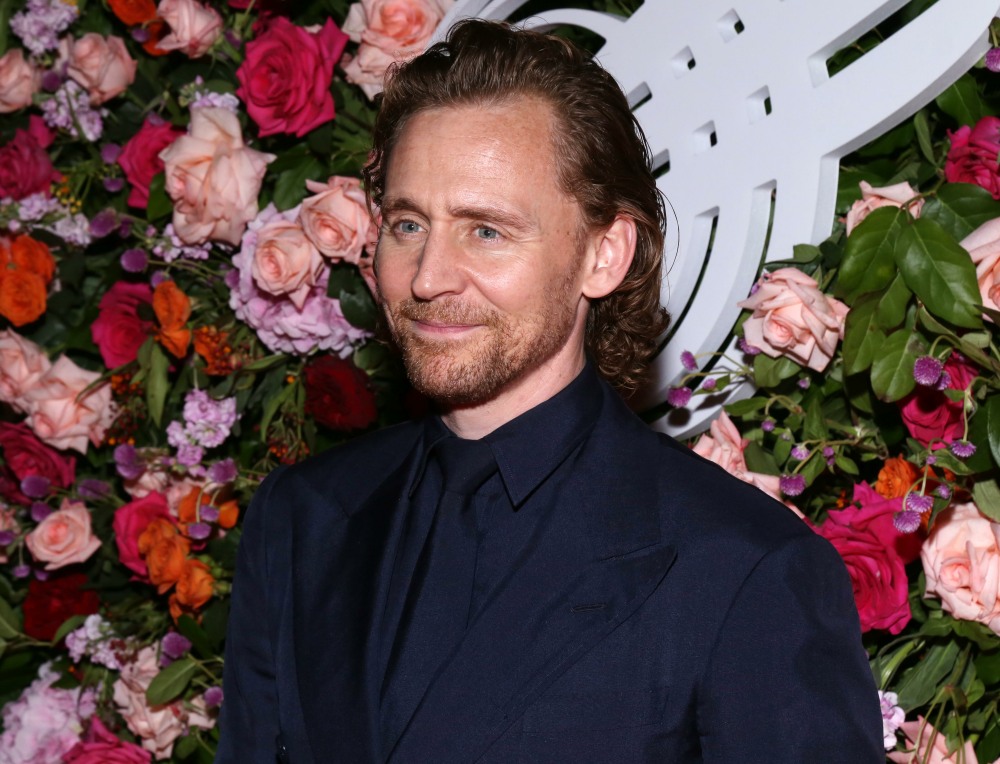 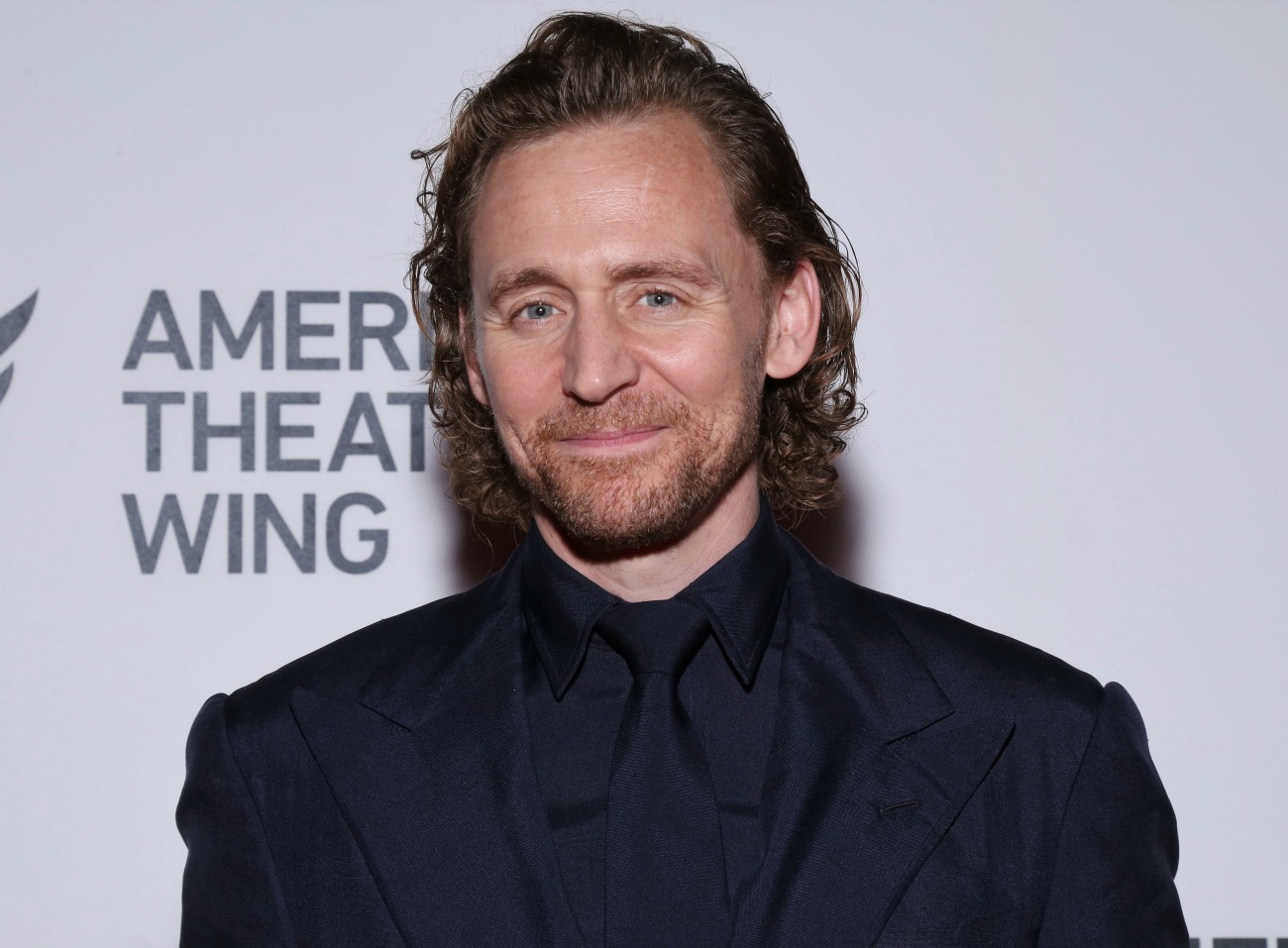