Jameela Jamil: ‘You’re not called anti-male if you criticize Kanye or Trump’ 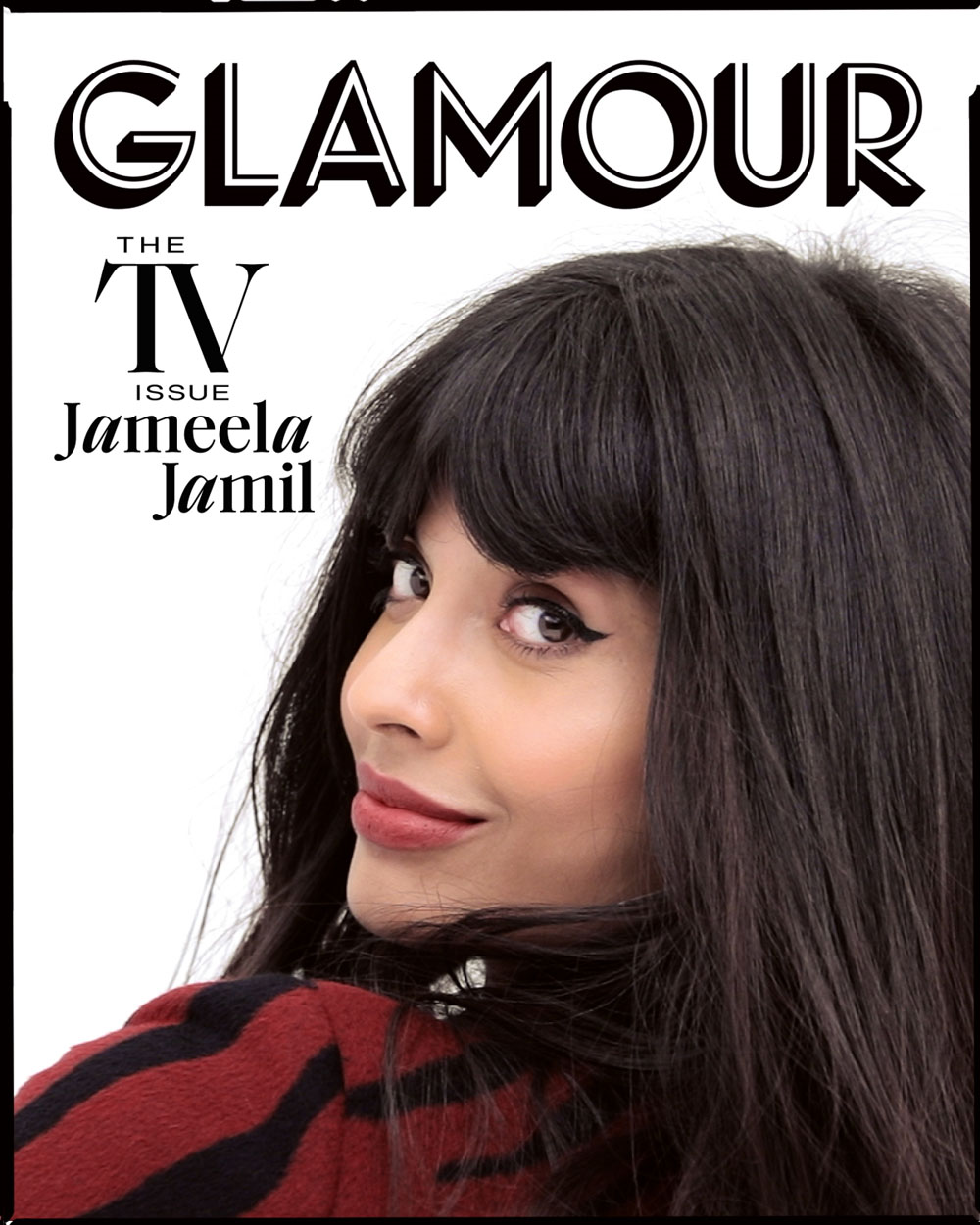 I really appreciate Jameela Jamil. She’s unapologetic about speaking up about things that matter to her, and says what she thinks. She’s not averse to being told that she’s wrong, or to admitting that she’s changed her opinion or deepened her understanding of an issue. She doesn’t offer defensive “Sorry you were offended” non-apologies. Over the summer, she gave an interview to Bustle, in which she criticized the Kardashians for selling dangerous weight-loss aids, and talked about unrealistic beauty expectations and tackling body-shaming. Jameela has given another candid interview, this time to Glamour, and she makes many of the same points. Love her or hate her, there’s never a question about what Jameela cares about. Here are some of the highlights from her interview, though the entire piece is worth a read:

On the Kardashians
I don’t hate those girls. I just want them to stop selling laxatives, and then I will get off that dick. That’s all I’m trying to do. I’m not trying to attack anyone. But if you have a lot of power and influence and money, and you’re using yours irresponsibly, and other people aren’t aware that they’re being sold a lie, I’m gonna step on that dick.

On self esteem
I don’t really do self-esteem. I don’t have space for it in my brain. I feel like it just involves me still thinking about myself, which is tedious. And so I just don’t think about myself…. I follow my instincts.

I don’t think about my body ever. And because of that, I swear to God, I never would have been able to have this success that I have now. It opened up all this time because I spent hours a day thinking about my food.

On her activism
I’m calling people out in the same way that I’ve been called out. I don’t sit there and play the victim if I’ve done something wrong. I just take that as an opportunity to learn. I feel as though I’m being afforded the faith that I can do better

We still have a booming diet industry. We’re in an epidemic of teen suicide, teen eating disorders. The nice way doesn’t work. I have to get in people’s faces. I’m okay with pissing people off, as long as it creates change.

On being called anti-woman for calling out other women
You’re not called anti-male if you criticize Kanye West or Donald Trump and you’re a man. It’s quite condescending to imagine that women can’t take any criticism. And it’s dangerous because without criticism, we never know how to improve.

I appreciate that she’s discussing the double-standard of women being labeled anti-feminist for calling out other women, while men aren’t called “anti-men” for speaking out against other men. I usually hear the former argument as a criticism of liberal women by conservative women (who hate the term “feminist” and are attempting to use it against women they can’t stand who are calling them out on patriarchal BS). I also think, though, that Jameela is assuming that women (in general) care about criticism and are open to learning and changing. Maybe some are, but some probably aren’t. (Have the Kardashians stopped endorsing shady weight-loss aids?) So I can see how some people would find her eye-roll-inducing, because to them she’s needlessly preaching a lesson that they don’t need or want. But she’s also right that men don’t get called “anti-male” for criticizing men, so why are women labeled “anti-feminist” for similarly calling out other women for their nonsense?

Glamour wrote that Jameela is “on a crusade against shame.” I want that message on a t-shirt. It’s so important, so I got frustrated with some of how Jameela was articulating that. She’s interested in “body neutrality, even ambivalence,” and says, “I don’t think about my body ever.” I understand that she’s trying to get people to be less fixated on their weight and on dieting, but completely ignoring your body doesn’t make sense, either. (And is that really possible?) She also says that she wants to shift the conversation toward thinking about “mental health around our body.” I don’t see how we can do that without thinking about our bodies. The idea of not obsessing about our size/shape is important, but a healthy relationship with our bodies involves acknowledging them with compassion and common sense, not pretending that they don’t matter. Jameela’s messages are important, so while I knew what points she was trying to make, I got exasperated with how she was glossing over holes in her message. 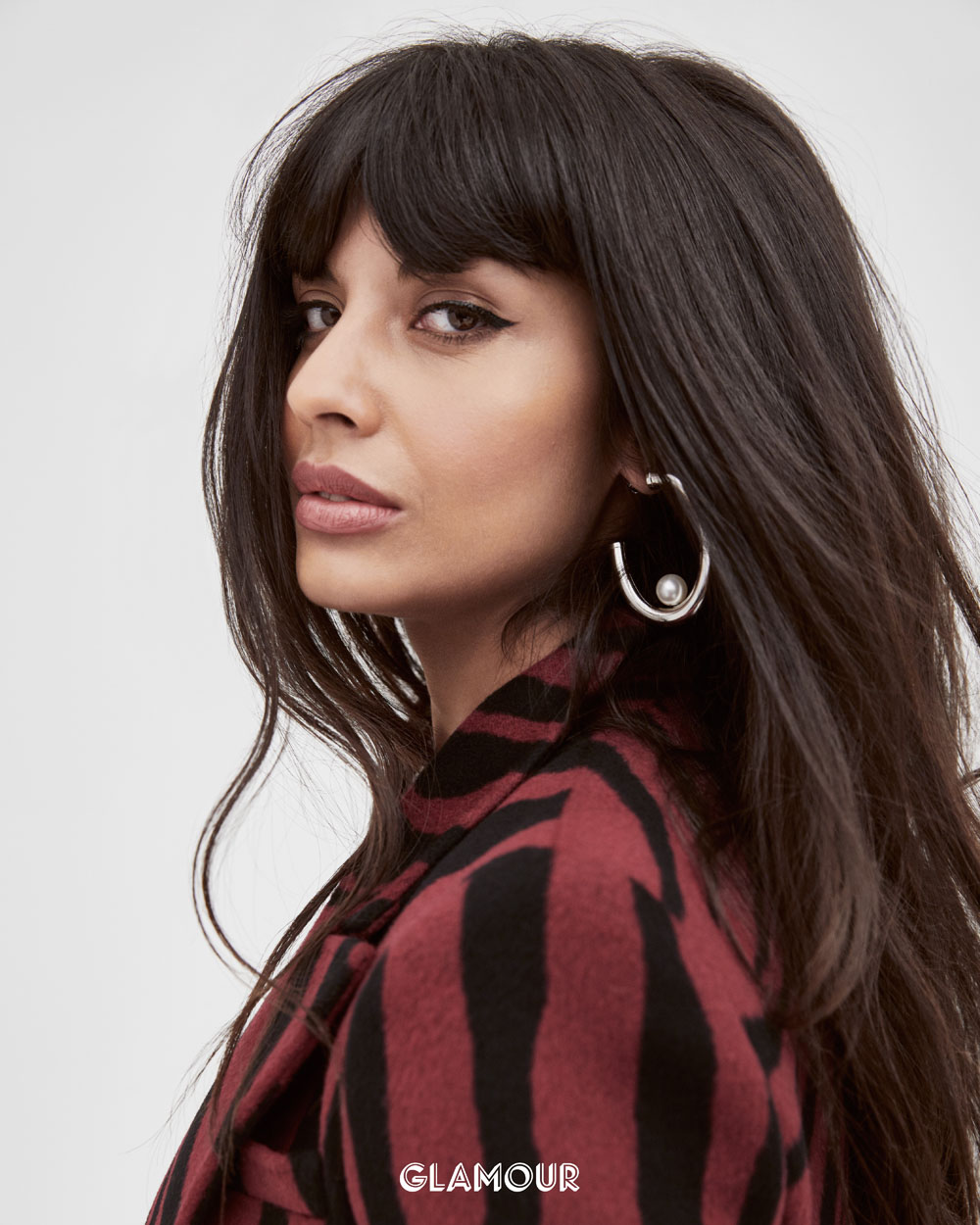 Note by CB: Jameela is wearing frozen peas on her face in the photo below because she just had oral surgery before she was scheduled for a panel discussion about a new show she’s hosting for TBS.

36 Responses to “Jameela Jamil: ‘You’re not called anti-male if you criticize Kanye or Trump’”