Winnie Harlow criticized for half complaining about sleeping in coach 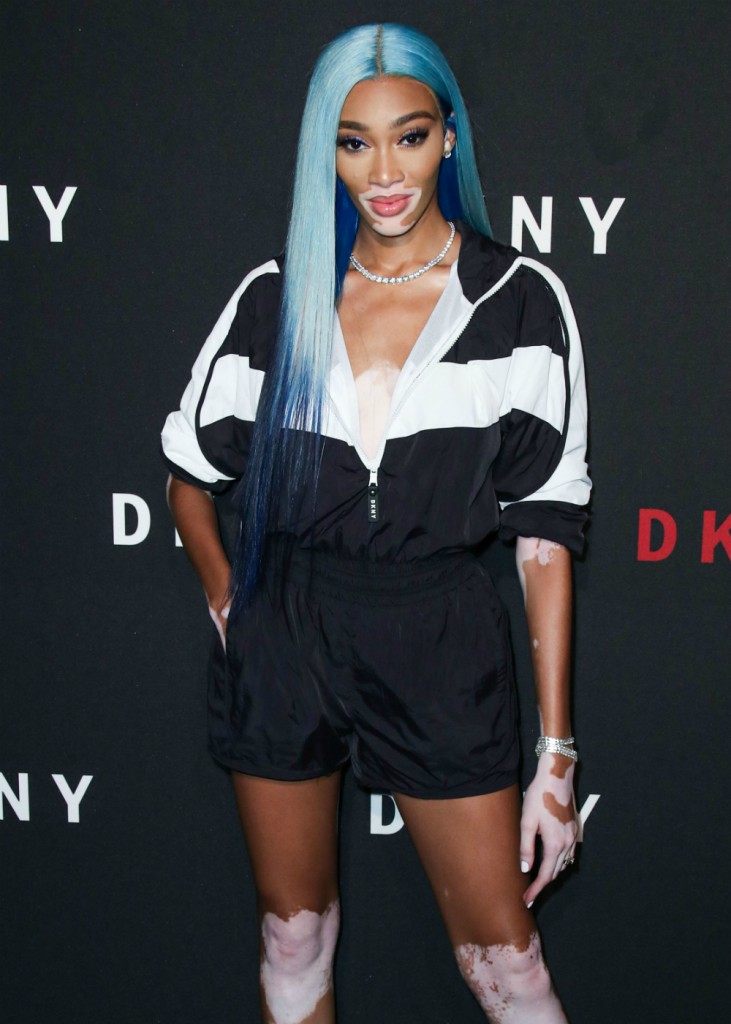 Model Winnie Harlow is in the the middle of Fashion Week season so she’s working pretty hard. And if jetting from city to city wasn’t enough work, she had to carve some time out to deal with a few of her followers after she sparked criticism on one of her Instagram posts. The kerfuffle started with this photo she posted on Wednesday:

The photo wasn’t the issue, per se, it was her caption. In it, Winnie gives a shout out to the “amazing airport escort” who was able to get her on the only flight available and how grateful she was to make her scheduled 6AM shoot. She also mentioned that she got bumped back to coach, which was unfortunate because sleeping in coach sucks (my words):

I haven’t slept in 4 days, and my flight got cancelled. The amazing airport escort got my team and I put on the fastest flight out but we had to give up our business class seats in order to land in time for a huge shoot at 6am. I realize this may not seem like a big deal to some, but when a plane is your bedroom and a flight the only time to get sleep during a hectic fashion month, it’s tiresome. Regardless I’m grateful, god works in mysterious ways and everything happens for a reason. It’s not everyday glamour, you have to do what you have to do to be successful in life 🙏🏽❤️ to reach your goals the grind never stops! (Ty @hbjbofficialfor being my pillow😴😁)

Whereas a few fans commented with some version of, “I feel you,” many others told Winnie to have a seat with her “first world problems.” Of course, the Daily Mail collected a smattering of nasty comments and posted them under a headline attacking Winnie for “bemoaning” having to sit in coach. Some folks accused her of wearing a high-end track suit for the purpose of differentiating herself from the coach class riders. *Insert eye-roll here* She is wearing her clothes. The fact that they are high-end makes perfect sense – given she’s a high-end fashion model. I can’t afford business and ride coach everywhere I go, and I have no problem saying that sleeping in coach sucks. Sometimes, the food, using the restroom and even reading a book in coach sucks. But if those few hours you are on the plane are the only sleep you get before you have to show up fresh-faced and ready to work, the sleeping part is really important. But that’s not even the point here. Winnie mentioned the sleeping part, but what she was really doing was acknowledging the airport staff and the fact that the flight she did take allowed her to honor her commitments, for which she was grateful. So Winnie went to IG again to reiterate her earlier point, which so many missed:

@dailymail hmm “bemoaning”.. not Winnie Harlow is grateful for being able to get on a flight period because of the amazing work of of the people in the airport? All you took was “had to give up business class flight”. This whole “woah is me” take is sickening. Me not flying in business is a statement, not a moan. If the class mattered I could’ve waited for the next availability. If I can post pictures in business class and be proud, I can also take pictures in coach and be proud. Proud that making it to work is more important to me than how I got there. That is the message. Like I said, “the grind never stops.” Put that in your headline.

“Proud that making it to work is more important to me than how I got there. That is the message.” I like that she spelled this out, but I understood it in her first message. The whole reaction was overblown, people were looking for anything to criticize. In addition to trying to call out a successful model for wearing designer clothes, commenters accused Winnie of taking up the seat next to her just so she could put her feet up. Isn’t it pretty obvious this was a staged photo? I’m sure that seat belongs to the person in her team taking the photo. I don’t think some random passenger had to take the jump seat next to the flight attendant so Winnie’s pristine sneakers wouldn’t get scuffed. Because I’ll tell you what, if that shot is not staged and Winnie really looks that perfect sleeping – in coach – that’s what’s not fair. We should be complaining about that instead. 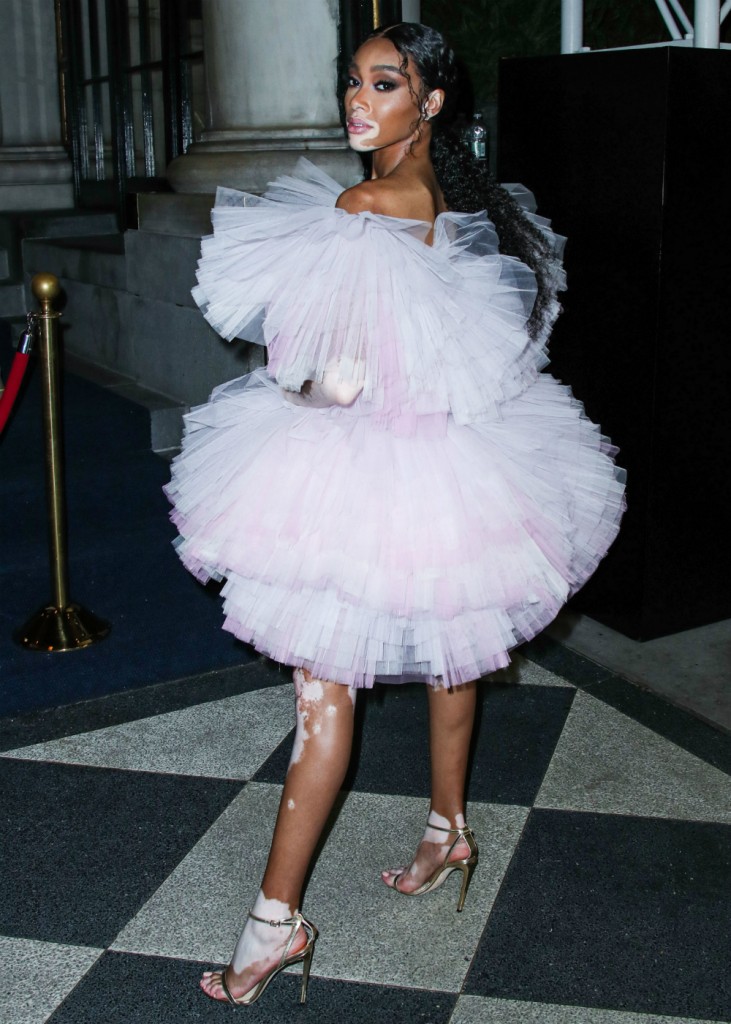 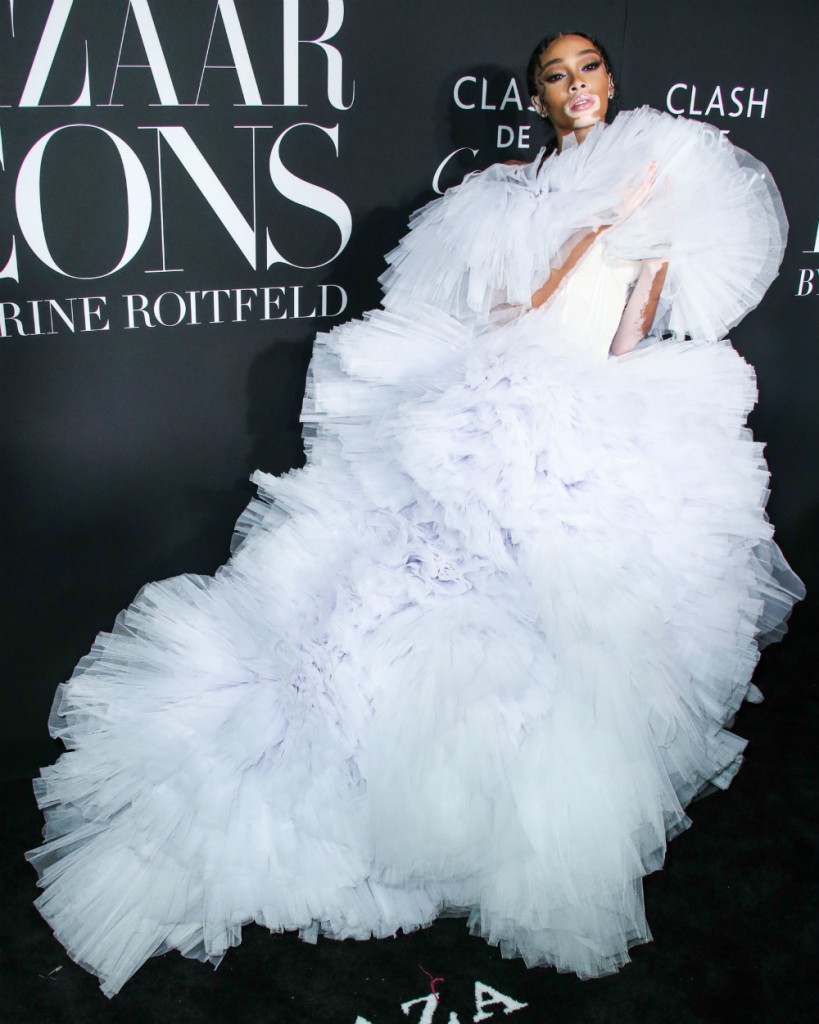 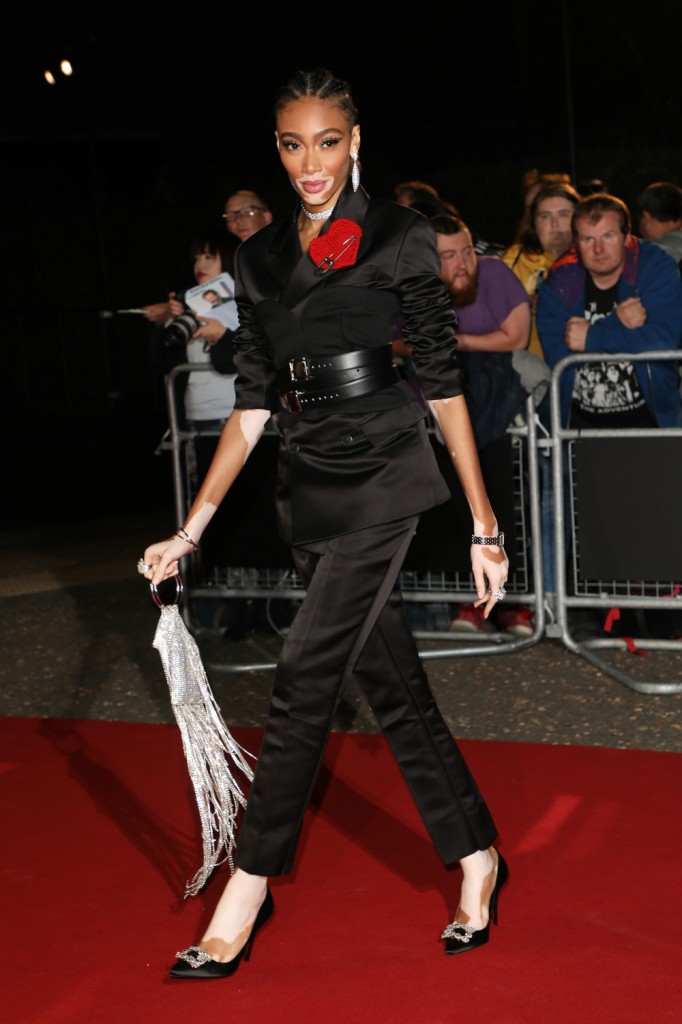