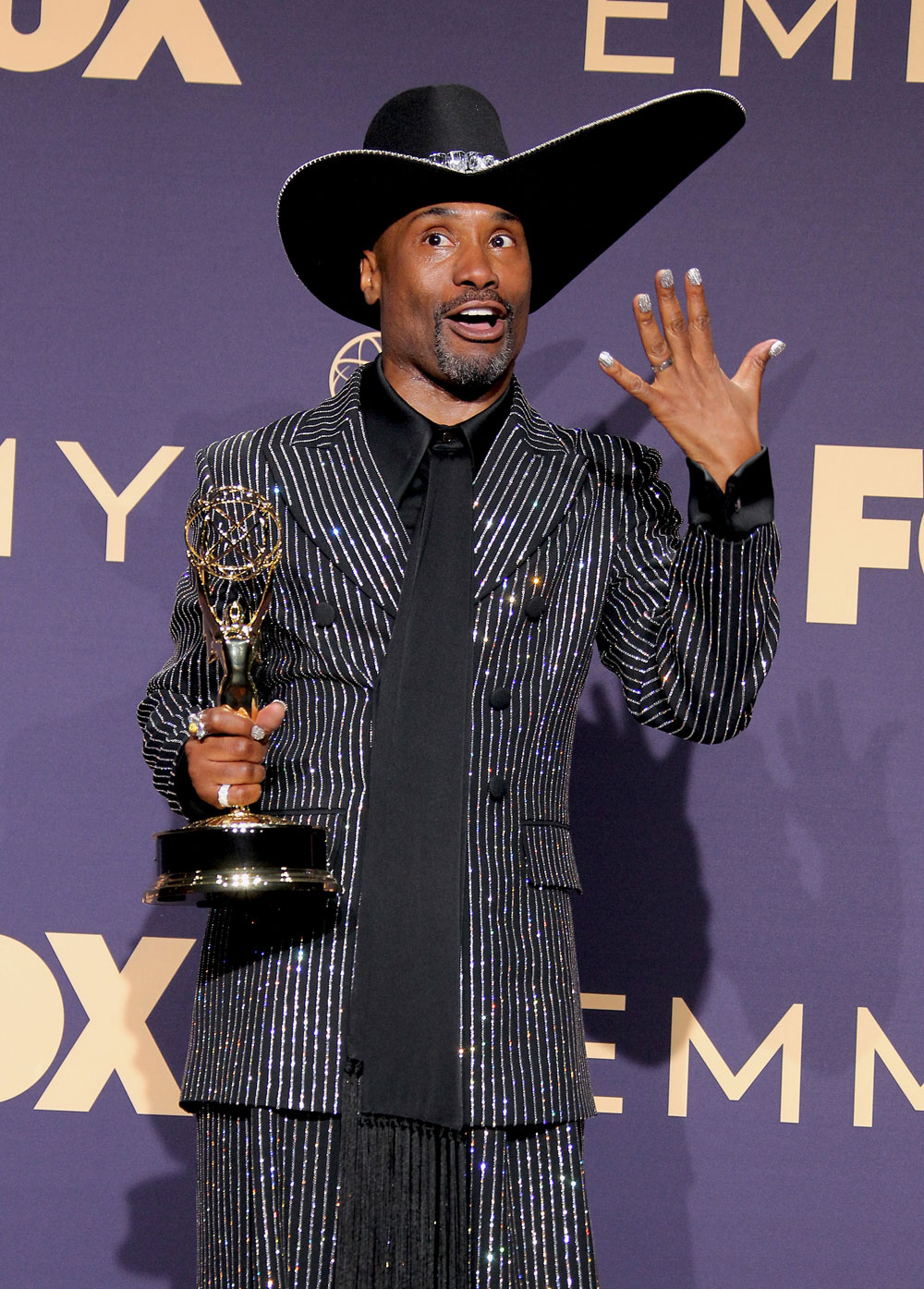 Billy Porter always brings it on the red carpet and last night’s Emmys were no exception. He was in a Michael Kors silver sequin striped suit with a fringe scarf instead of a tie, giant stack heels and an amazing Steven Jones hat that looked like a giant checkmark. As he told Kelly Osbourne on the red carpet he was the first openly gay black man to be nominated for an Emmy and he won! He won lead actor in a drama for his work in Pose and that was one of the best moments of the night. You can see part of his acceptance speech here. He opened with “the category is love” and a James Baldwin quote and it was amazing. Plus his Pose co-stars were in tears. This is the first time I’m seeing his silver manicure and I love it. 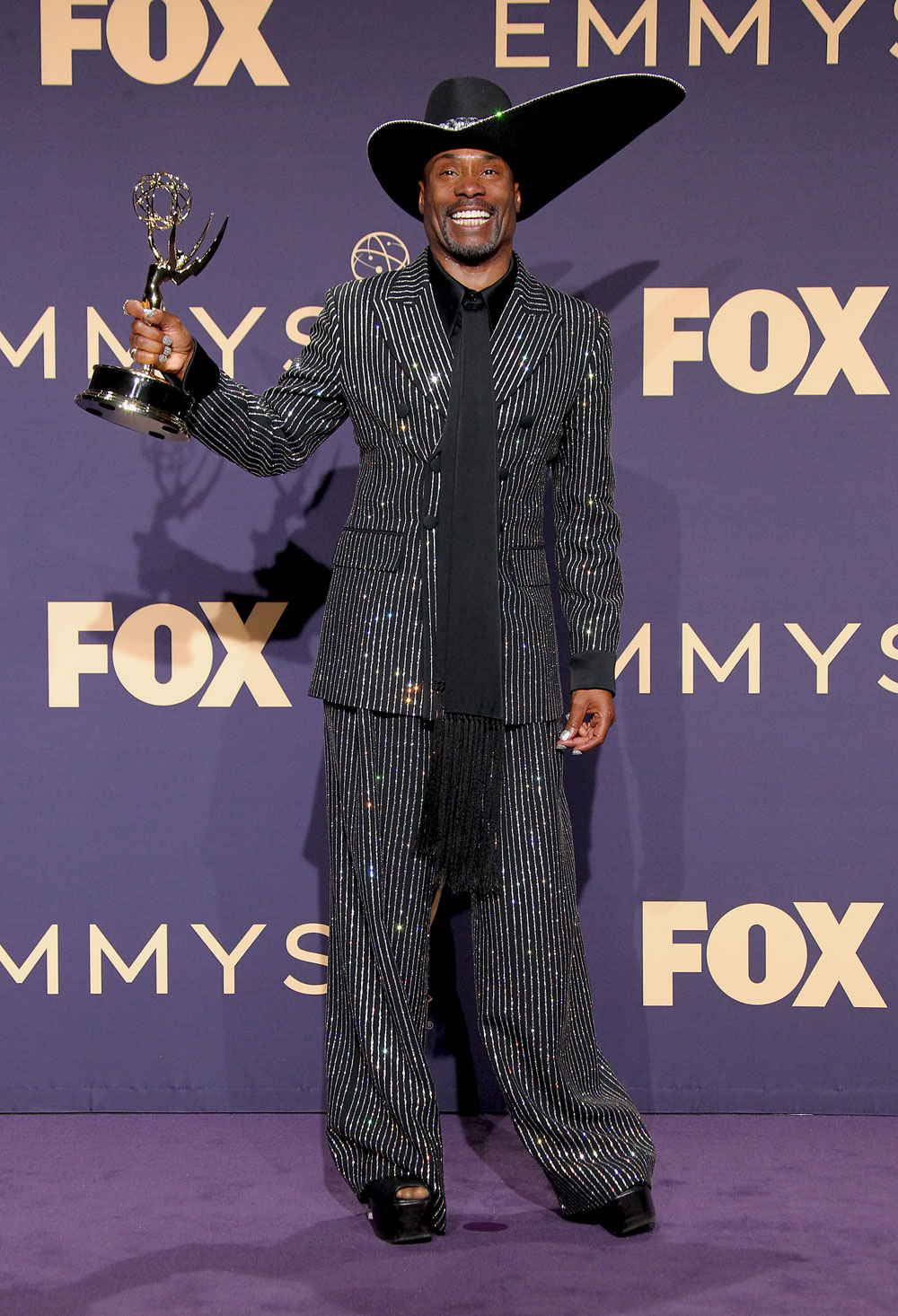 Billy’s costar Indya Moore was in Louis Vuitton, in a structured white gown with a gold zipper. That zipper pull makes the dress and her minimal accessories and styling really work. Look at how the necklace contrasts just enough with the circular zipper pull on the dress. It’s clever and she looks gorgeous.

MJ Rodriguez was in a hot pink Jason Wu floor length gown accented with two black bows at the waist. In her E! interview she said she wanted it to be angular and stand out on the red carpet, which she definitely achieved. I was moved when she explained knowing who she was at seven. This whole look was incredible. 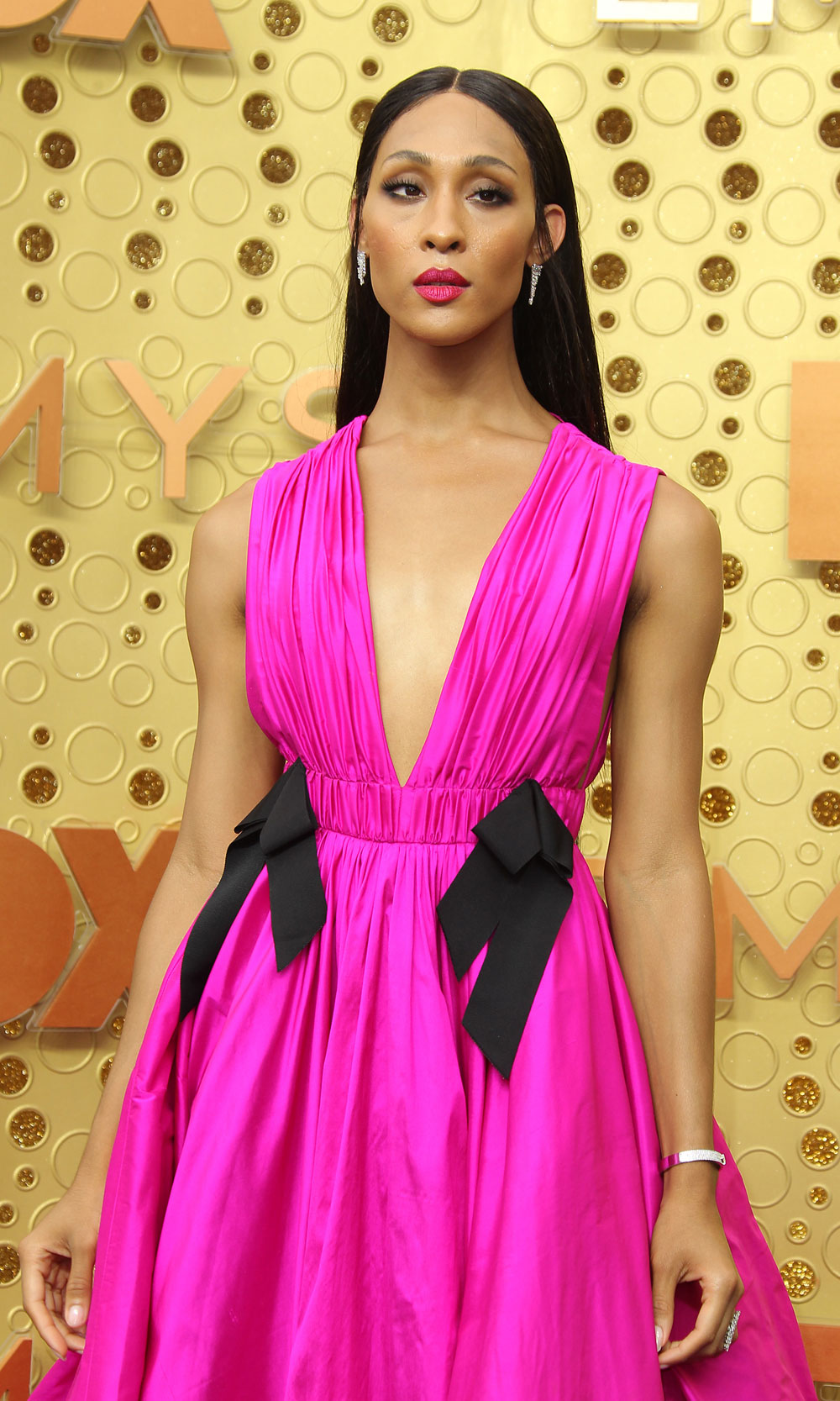 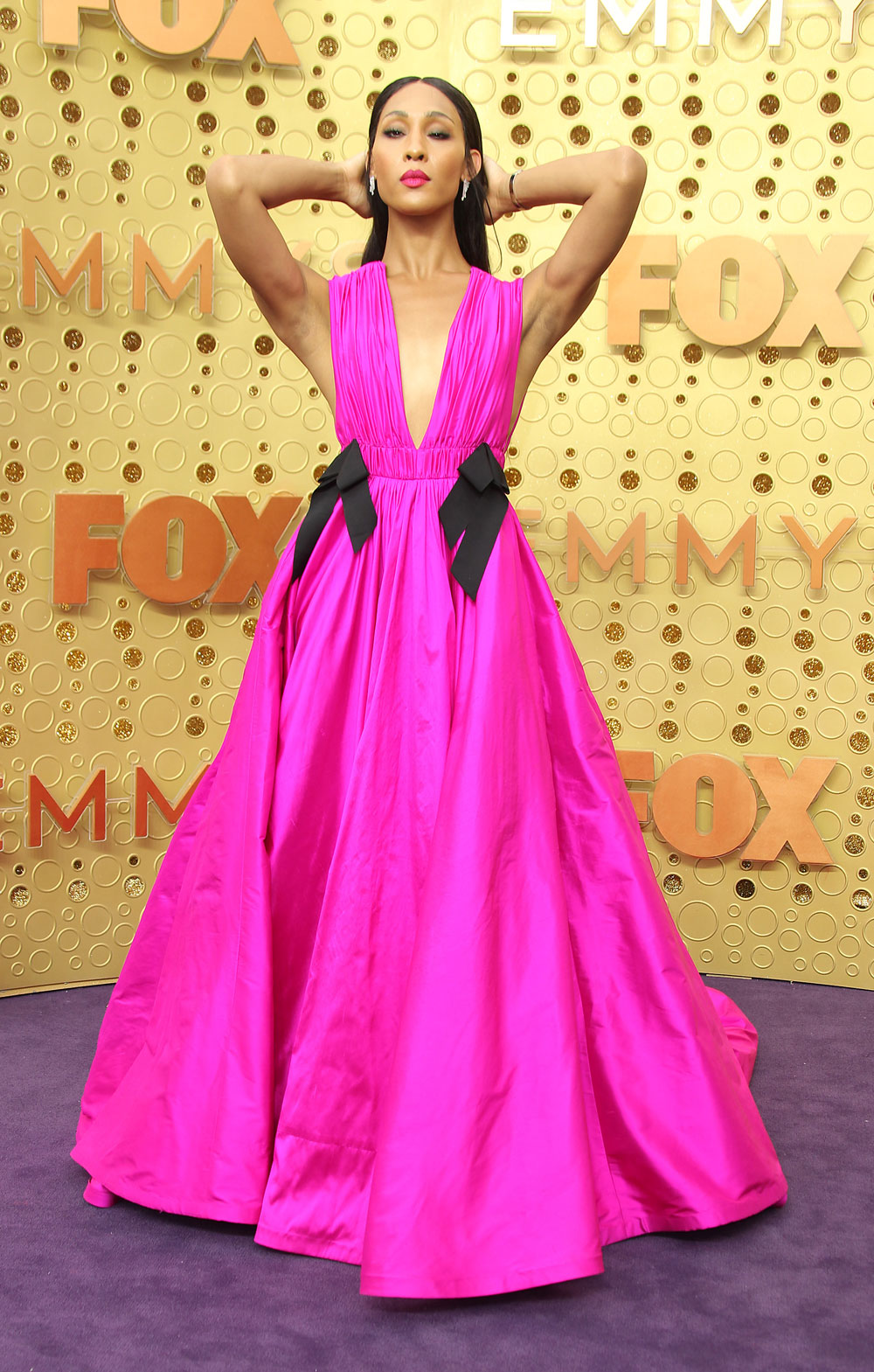 Janet Mock was also a standout in bright orange Valentino featuring an asymmetric neckline with a giant tiered bow and a matching bustle. Not everyone can wear Valentino but I think she’s working this! Her makeup is perfect too. 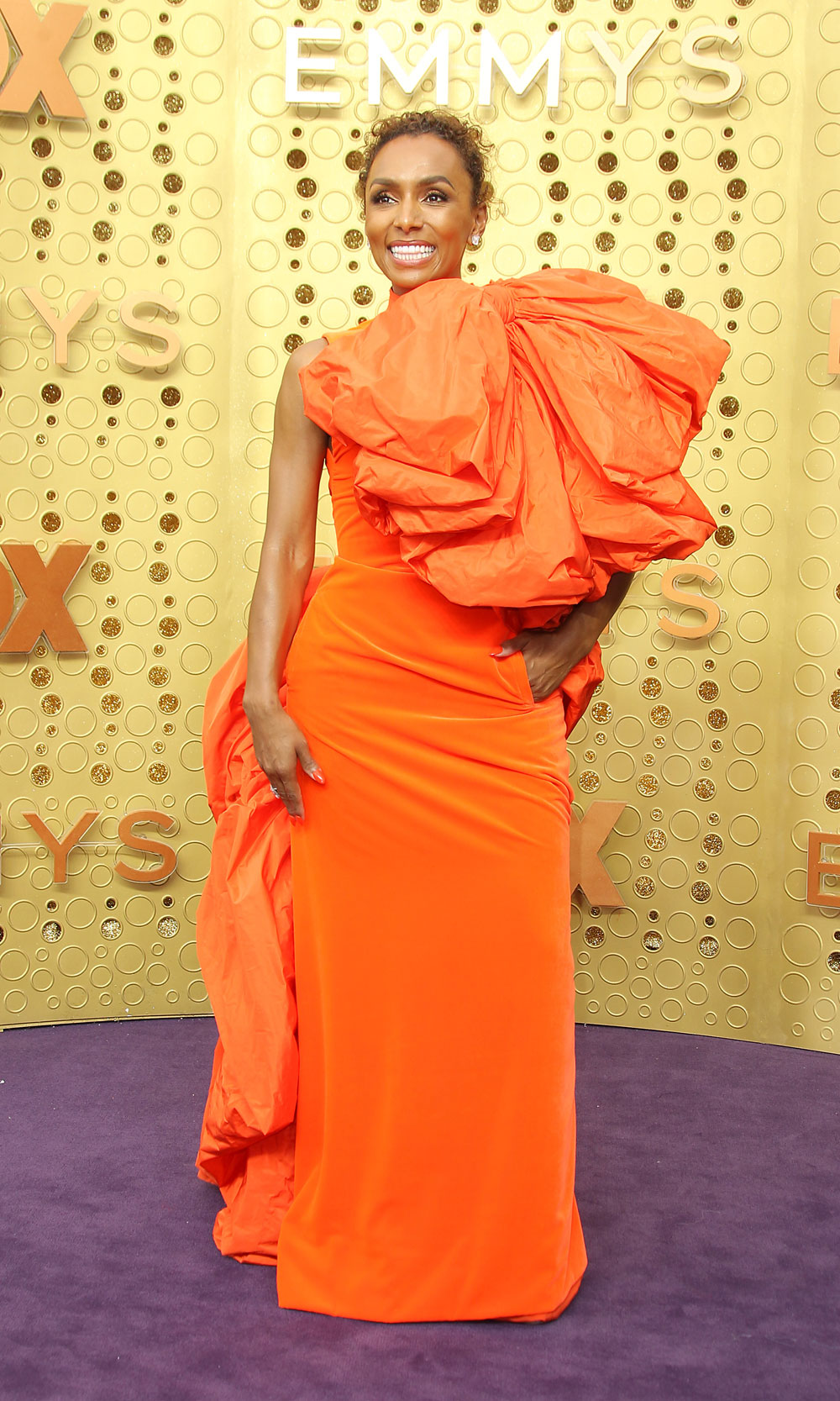 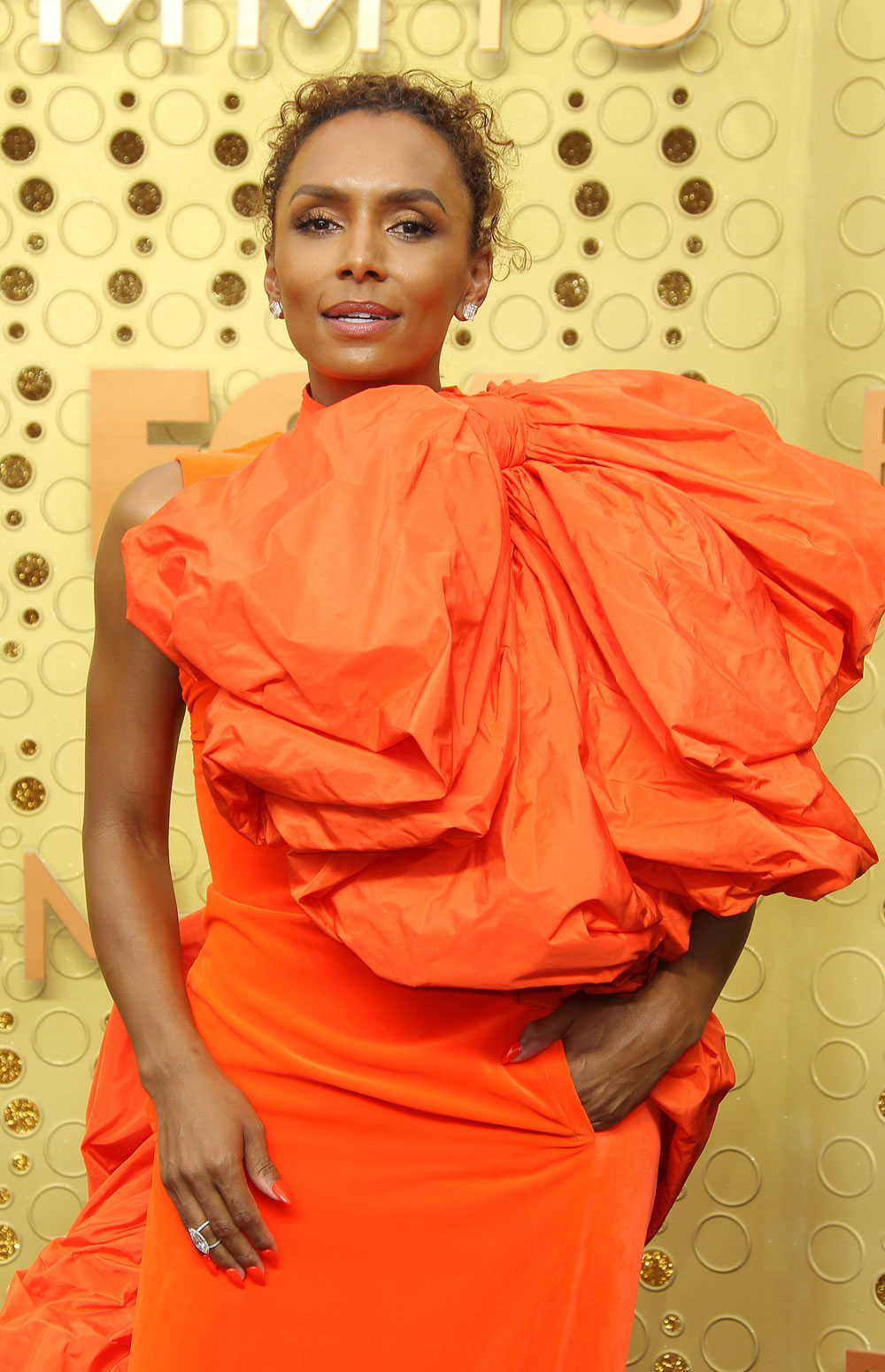