Michelle Williams won in a great, colorful Louis Vuitton at the Emmys 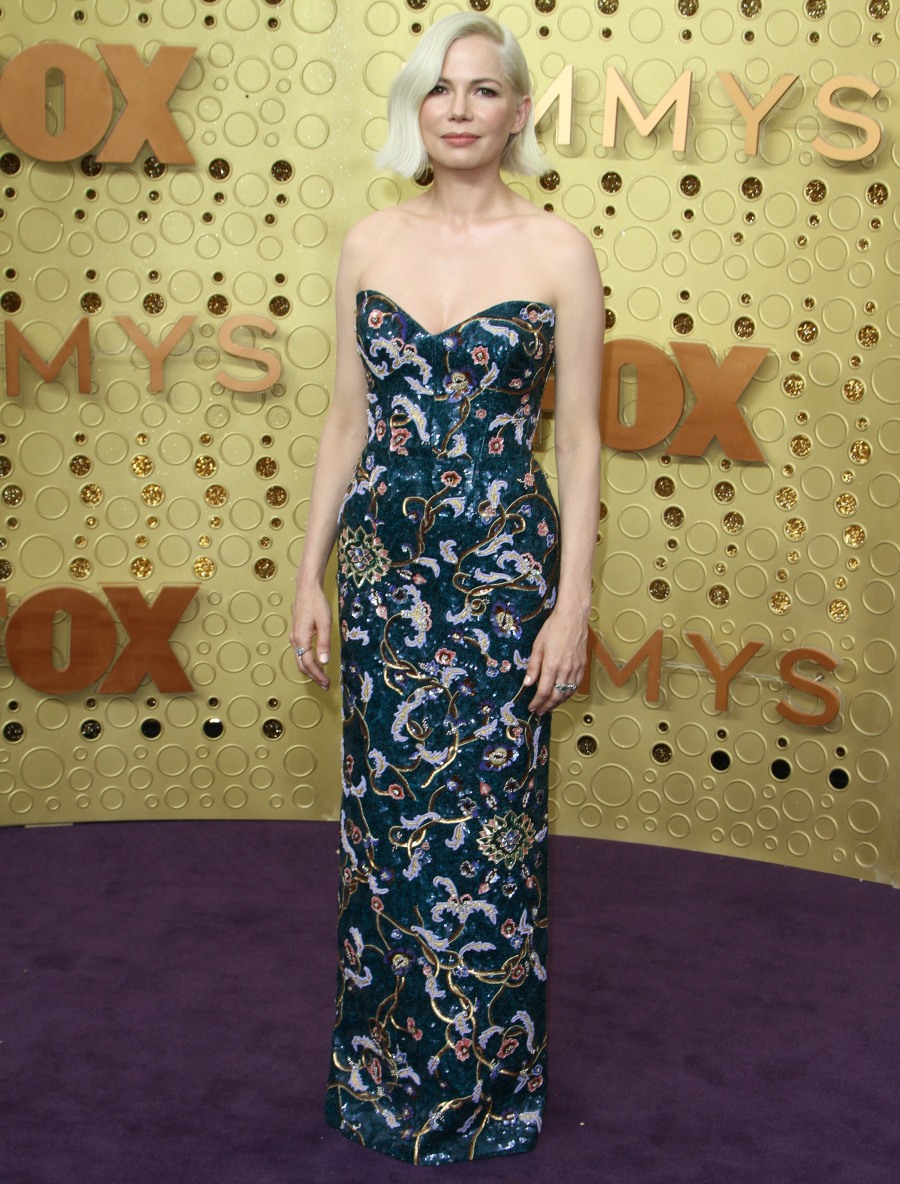 Honestly, I love everything about Michelle Williams these days. I now see her as one of the best actresses of her generation, that’s how good she was in Fosse/Verdon. Her style has finally changed too – she dressed like a sophisticated woman in her 30s, as opposed to a Civil War ghost or her usual virgin-widow-bride style. Louis Vuitton does so many women dirty, but they really gave Michelle a great dress for the Emmys: it’s simple and beautiful and it suits her. The color is great on her too.

Michelle ended up winning the Best Actress Emmy for the Fosse/Verdon miniseries. Well-deserved, again – she was phenomenal in it. In her speech, Michelle spoke about how she received equal pay and equal respect at every part of the production:

"My bosses never presumed to know better than I did about what I needed in order to do my job and honor Gwen Verdon." #FosseVerdonFX star Michelle Williams thanks her studios during her acceptance speech for lead actress in a limited series https://t.co/WmT1Fmyol4 #Emmys pic.twitter.com/DDF1ONJV7Z

Great speech. Her date was her BFF Busy Philipps too: 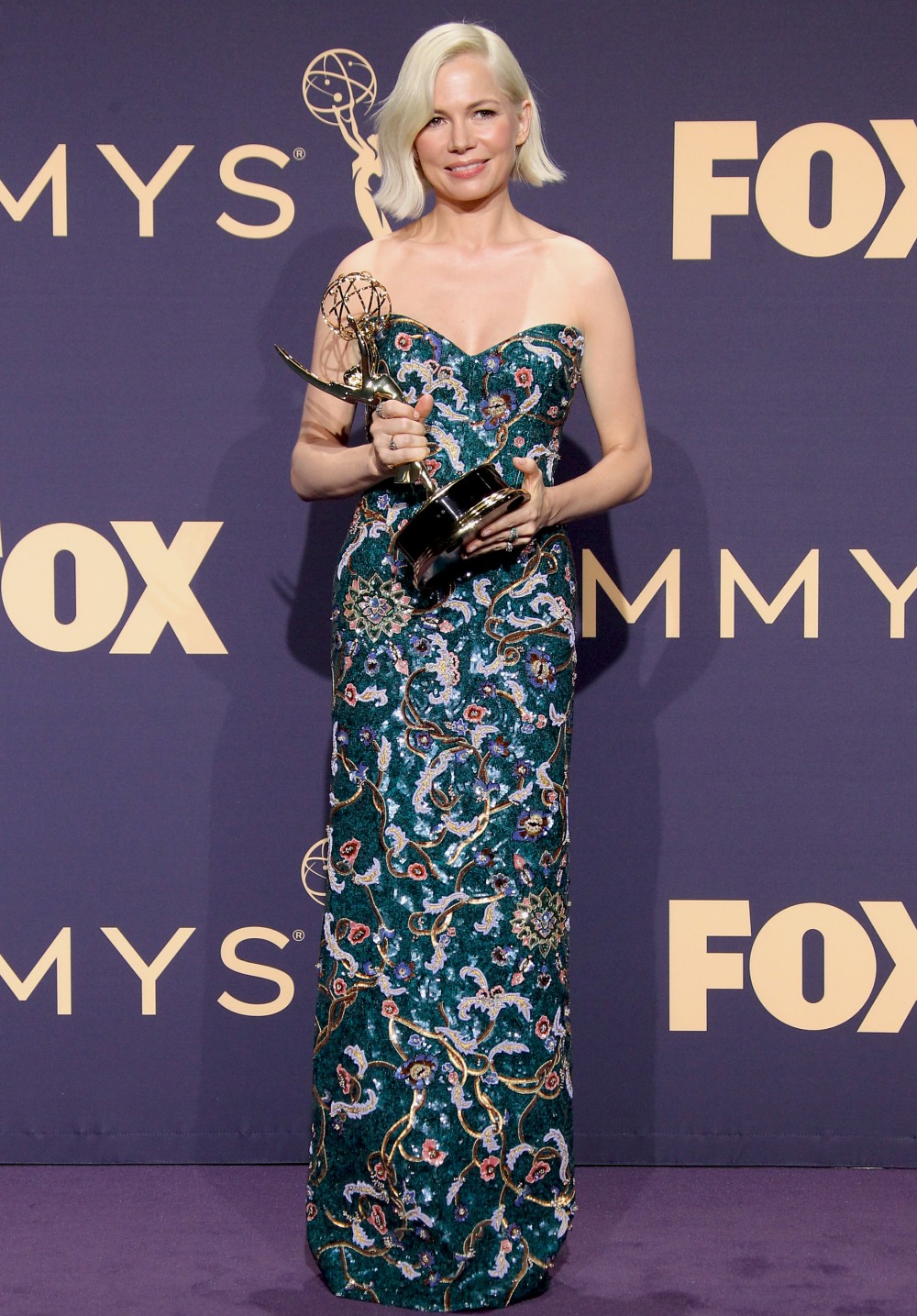 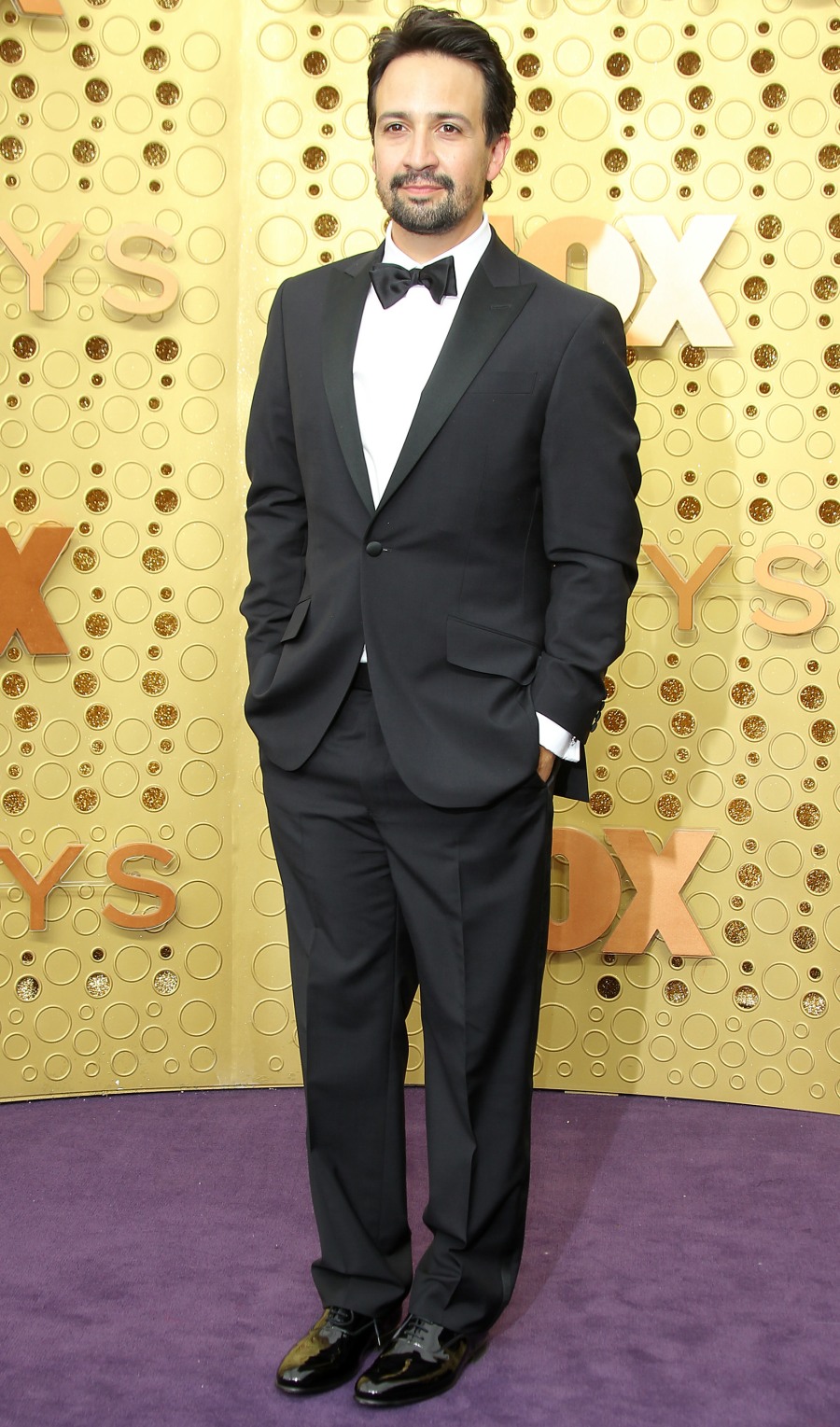 Here’s Leslie Bibb & Sam Rockwell – Rockwell was sort of robbed of the Emmy for playing Bob Fosse so brilliantly, but it all evens out – I did not think he deserved the Oscar a few years back, so there. Leslie is in Georges Hobeika. Super-blah. 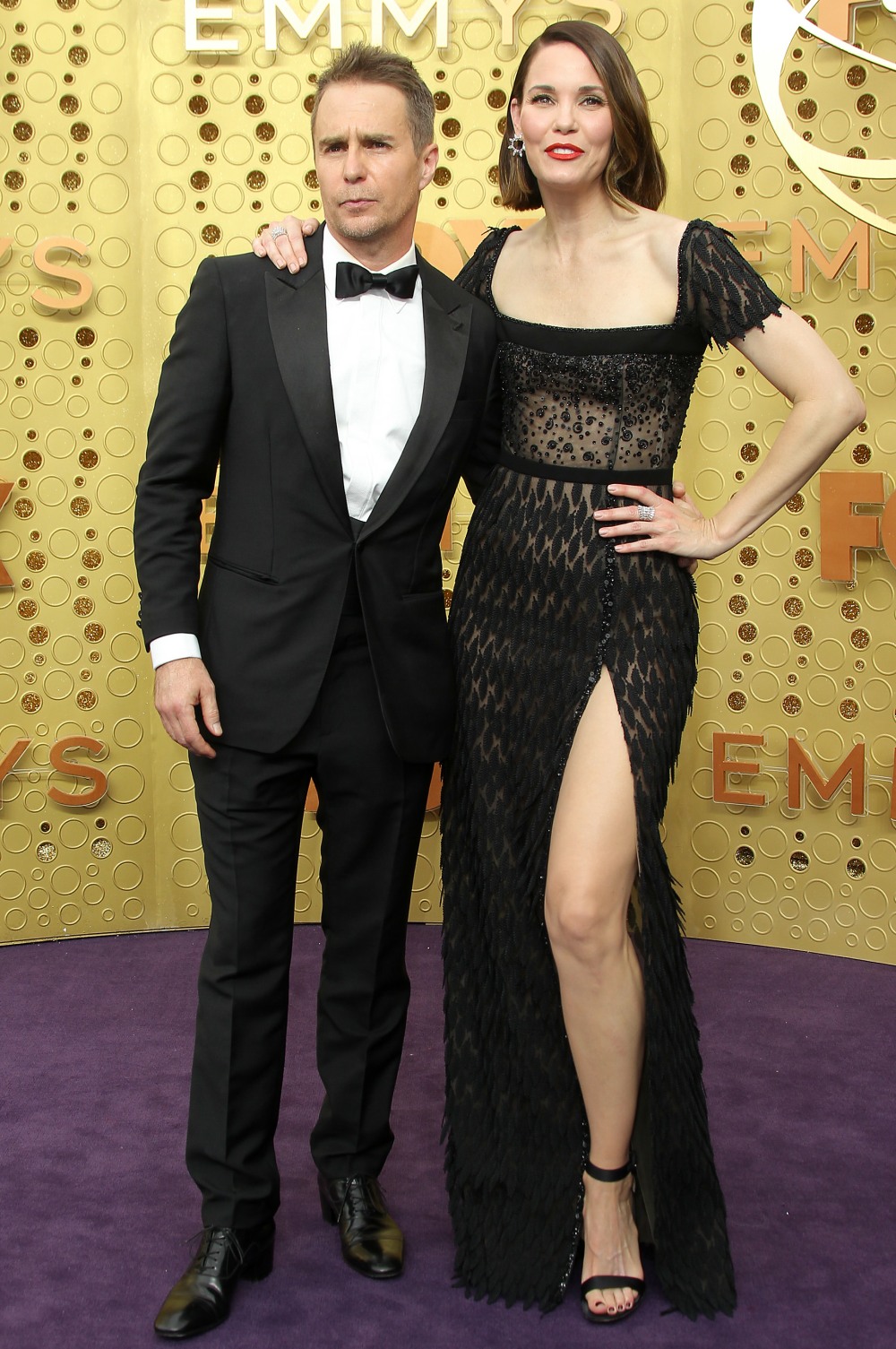 And finally, the other piece of the Fosse/Verdon puzzle: Margaret Qualley, who was also excellent in it. She wore this plain AF Chanel gown. Blah. 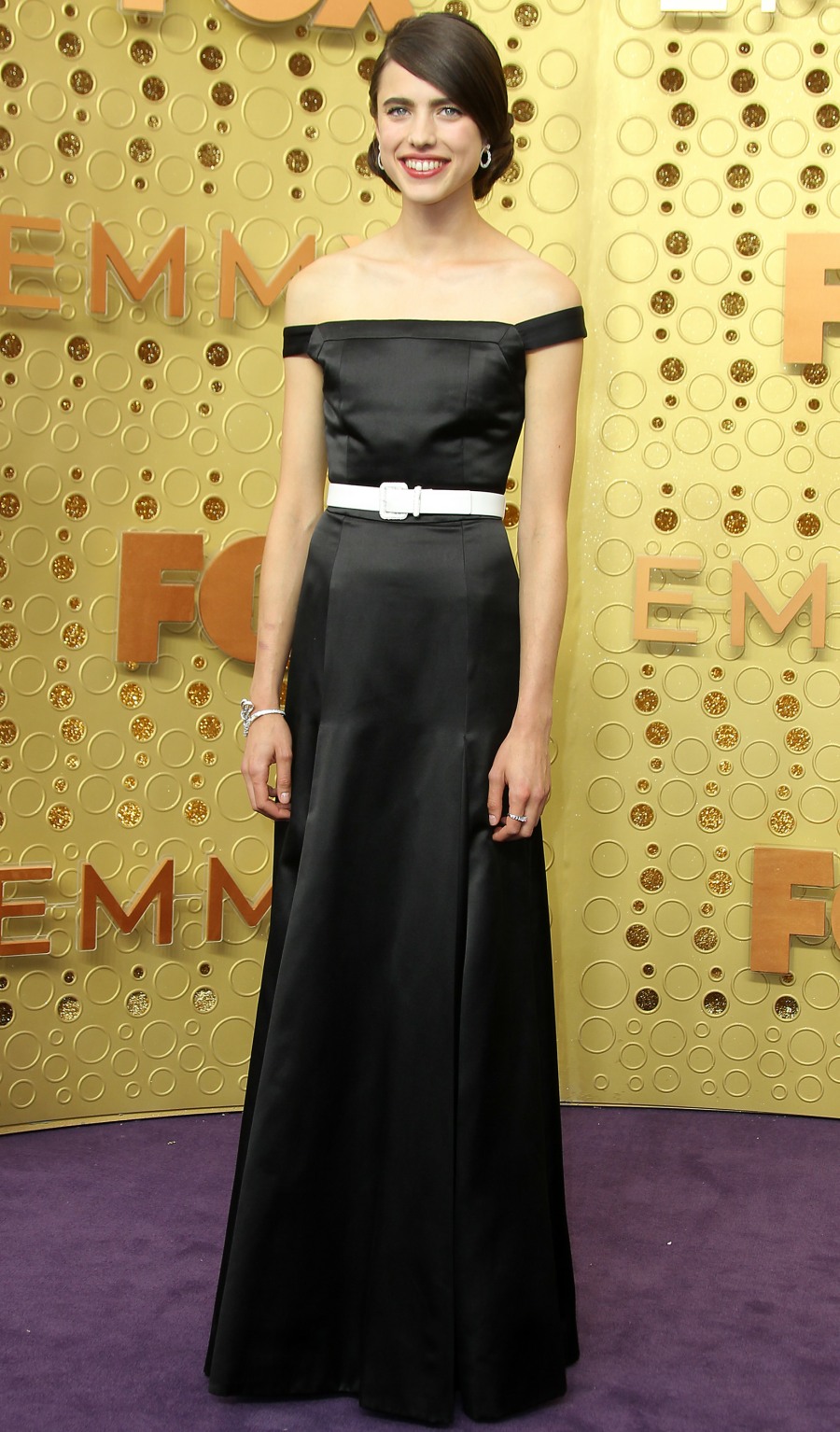 27 Responses to “Michelle Williams won in a great, colorful Louis Vuitton at the Emmys”