Angela Bassett in a red Antonio Grimaldi pantsuit at the Emmys: one of the best looks? 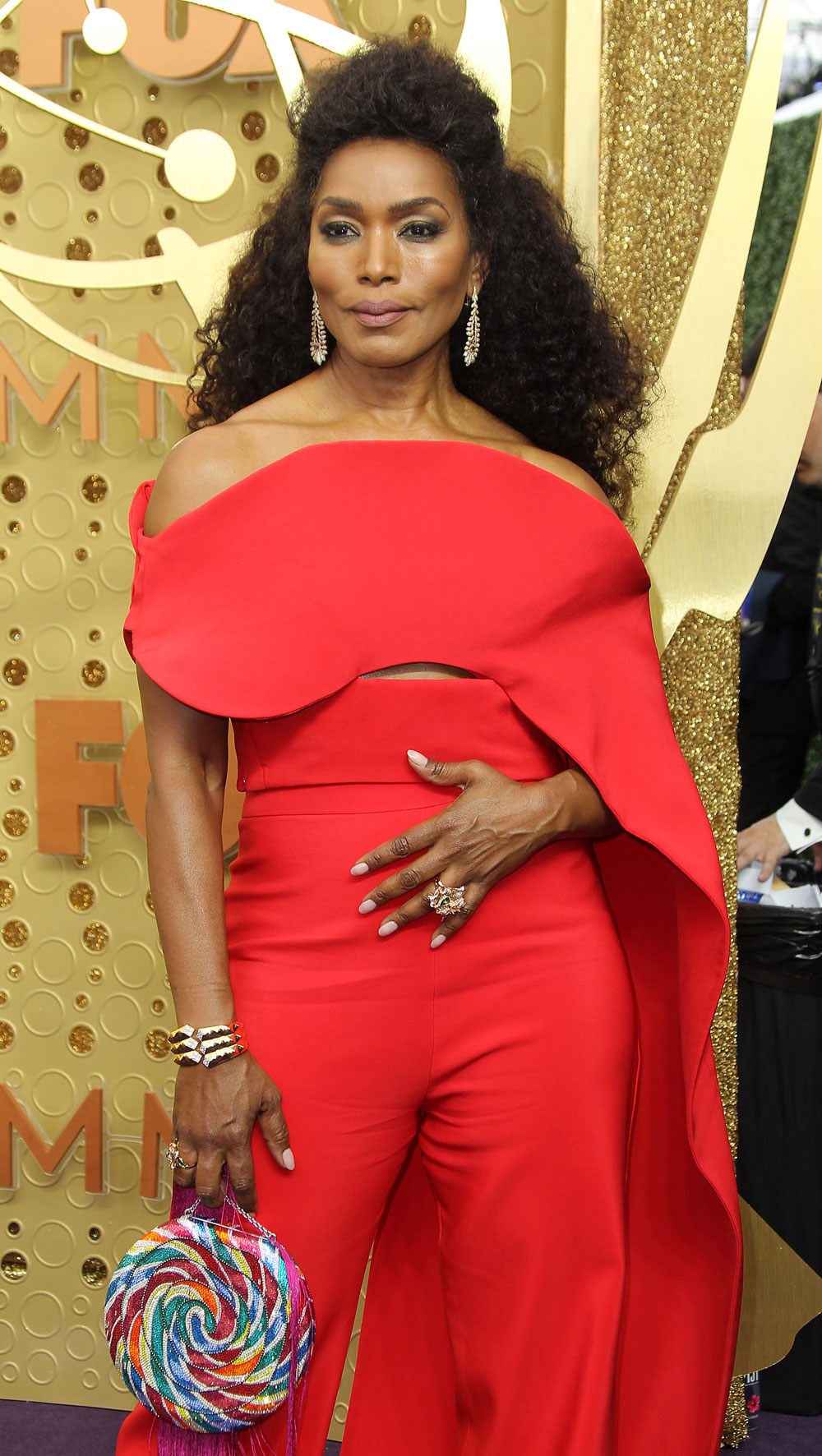 Whenever I see Angela Bassett on a red carpet I study her like I’m trying to pass a fashion test. She takes the crown for best look almost every time. Last night she was in a red Antonio Grimaldi pantsuit featuring a slightly structured off the shoulder bandeau top that trailed into an asymmetric cape. I love this look so much. Kaiser covered some pantsuit looks already, but I took Angela Bassett because I wanted to gush about her. Check out her lollipop clutch! 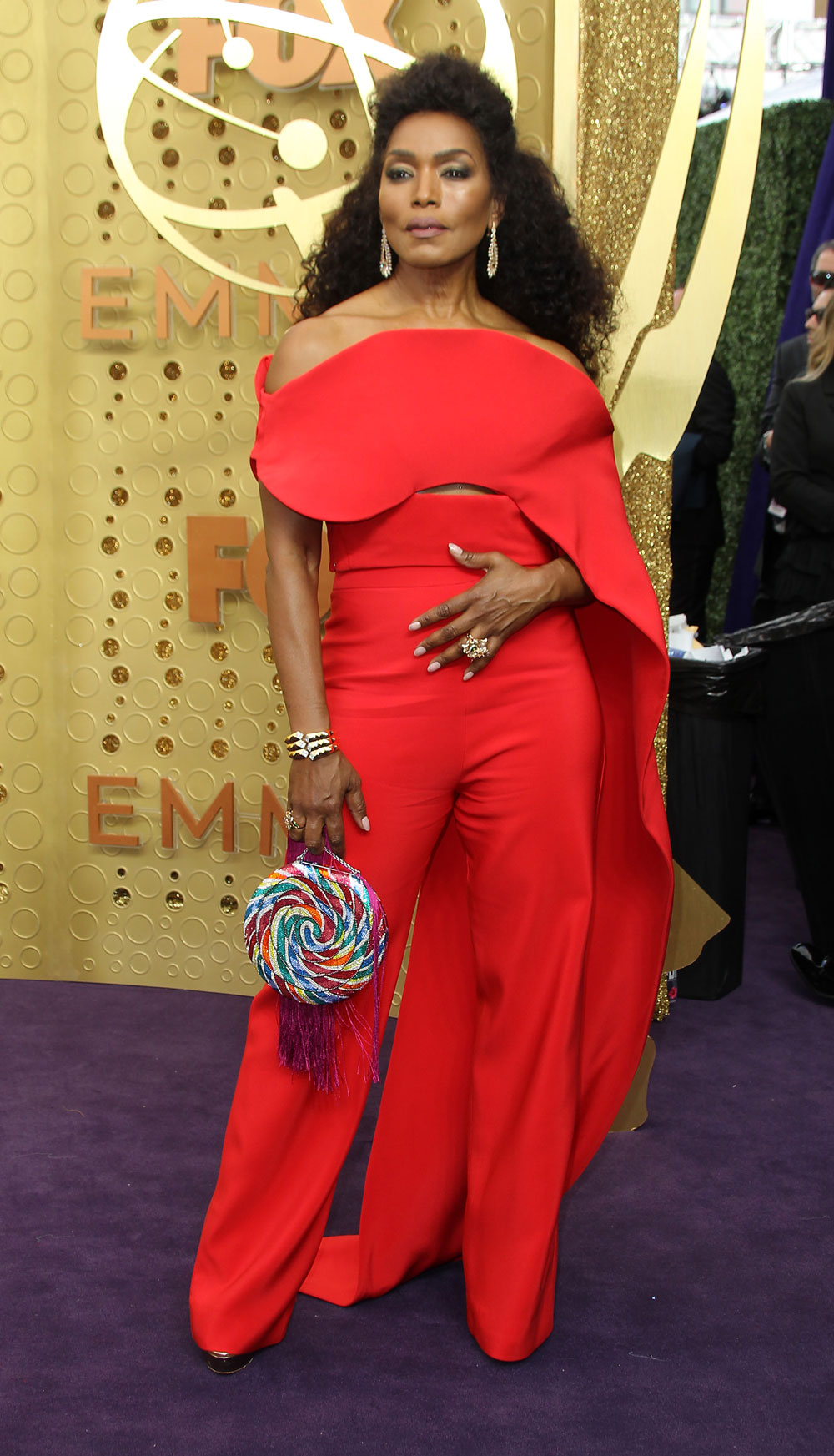 I love Vera Farmiga, I watch her in all those Conjuring movies, and I still think about how Bates Motel was robbed of an Emmy. (It only got three nominations in acting categories in its five season run!) She was looking a matronly in a full length red lace Ryan Roche gown with long puff sleeves and a high neck. Vera was nominated for Supporting Actress in a Limited Series or Movie for When They See Us. That went to Patricia Arquette for The Act. Jharrel Jerome from When They See Us won best actor though, and that was one of the best moments of the night.

Patricia Arquette was in white LBV. She usually goes more formfitting than this. These bangs do not seem to be clip in as she’s had them for a while. Patricia gave a moving speech for trans rights in which she said she misses her sister Alexis every day. Alexis passed in September, 2016. 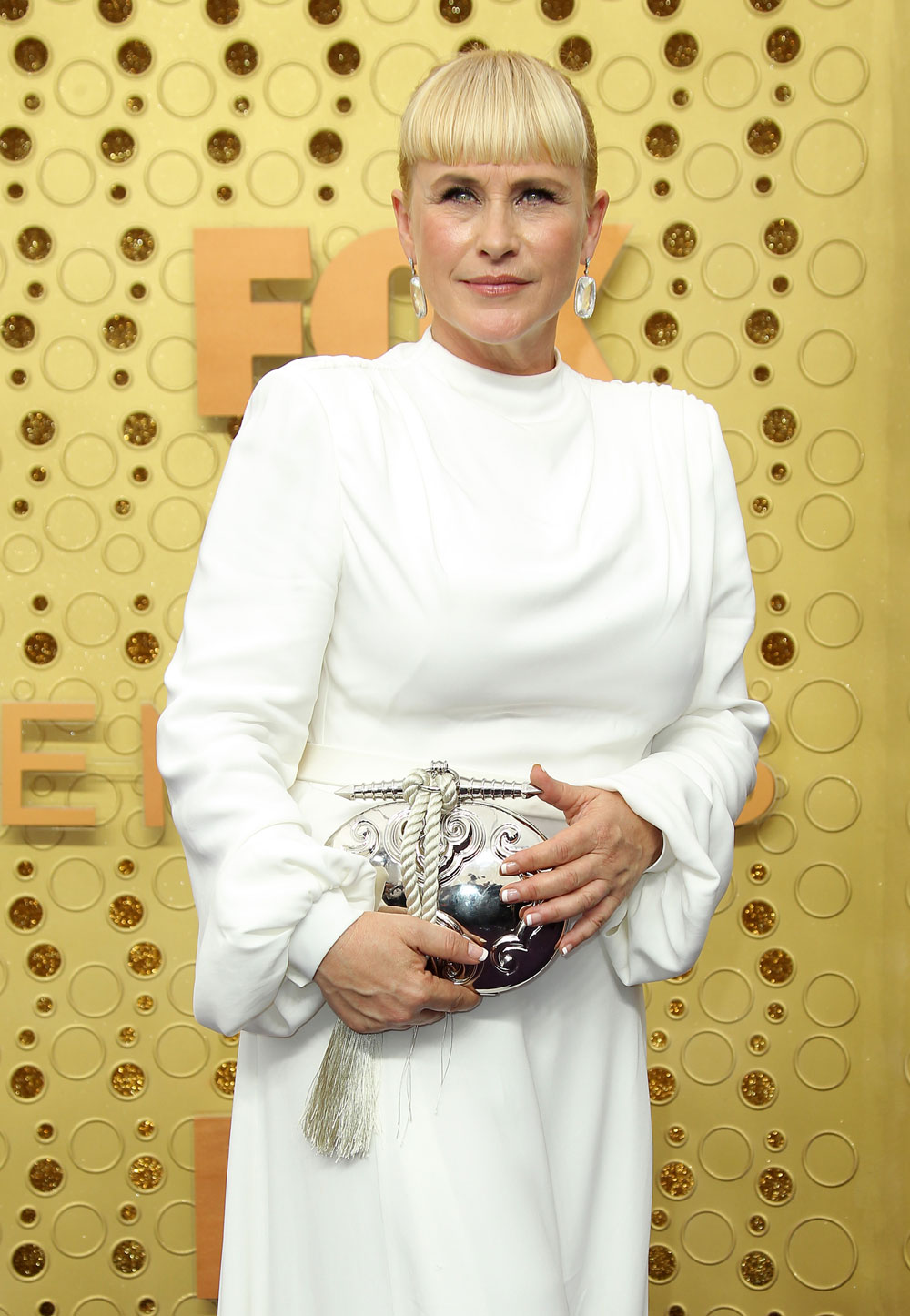 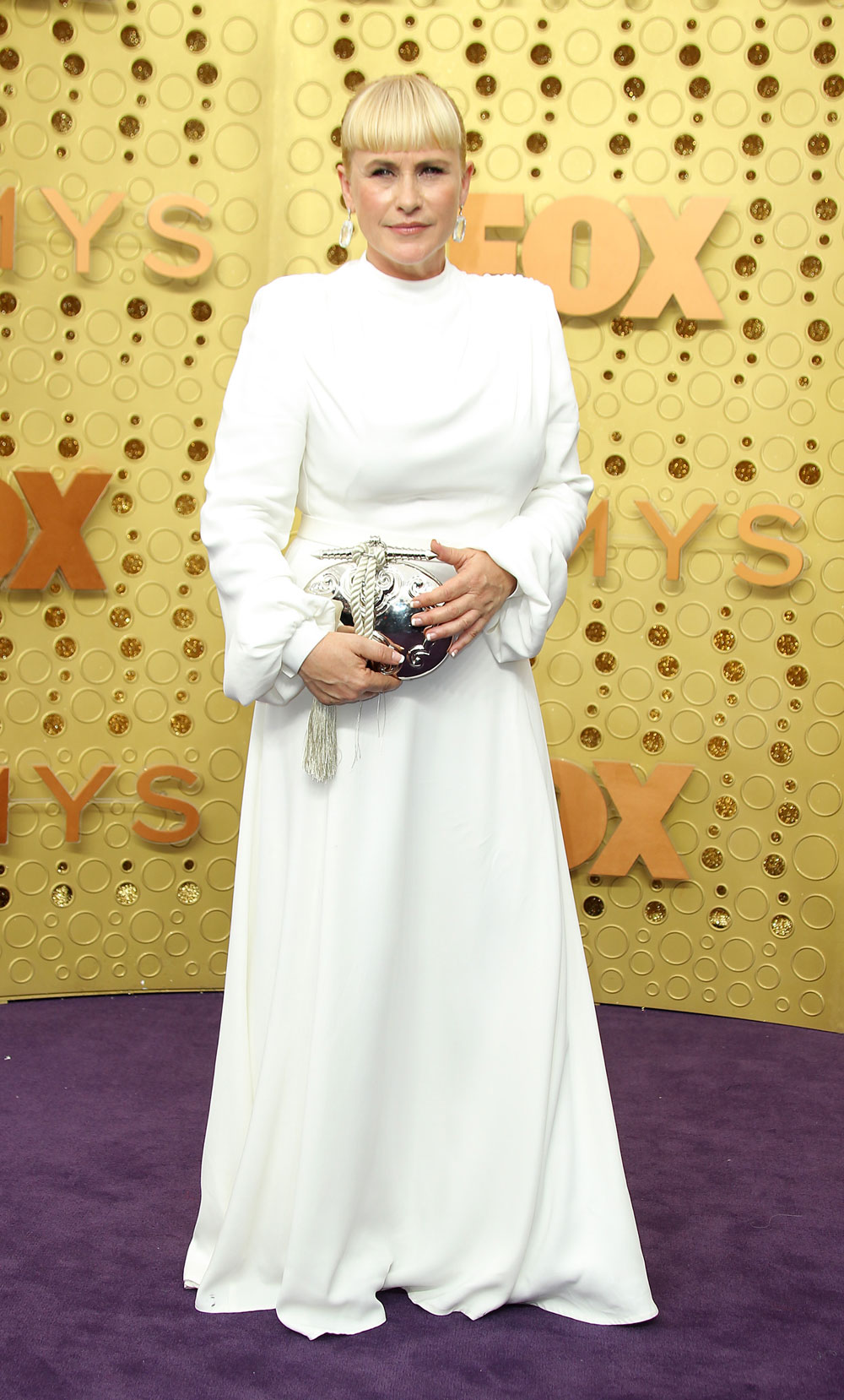 Patricia’s costar on The Act, Joey King, was super cute in red Zac Posen. This fits her like a glove. I know not everyone likes Posen’s designs but he makes some gorgeous princess gowns with an insane amount of attention to detail. Joey had her first Emmy nomination, for Lead Actress in a Limited Series or Movie, which went to Michelle Williams for Fosse/Verdon. 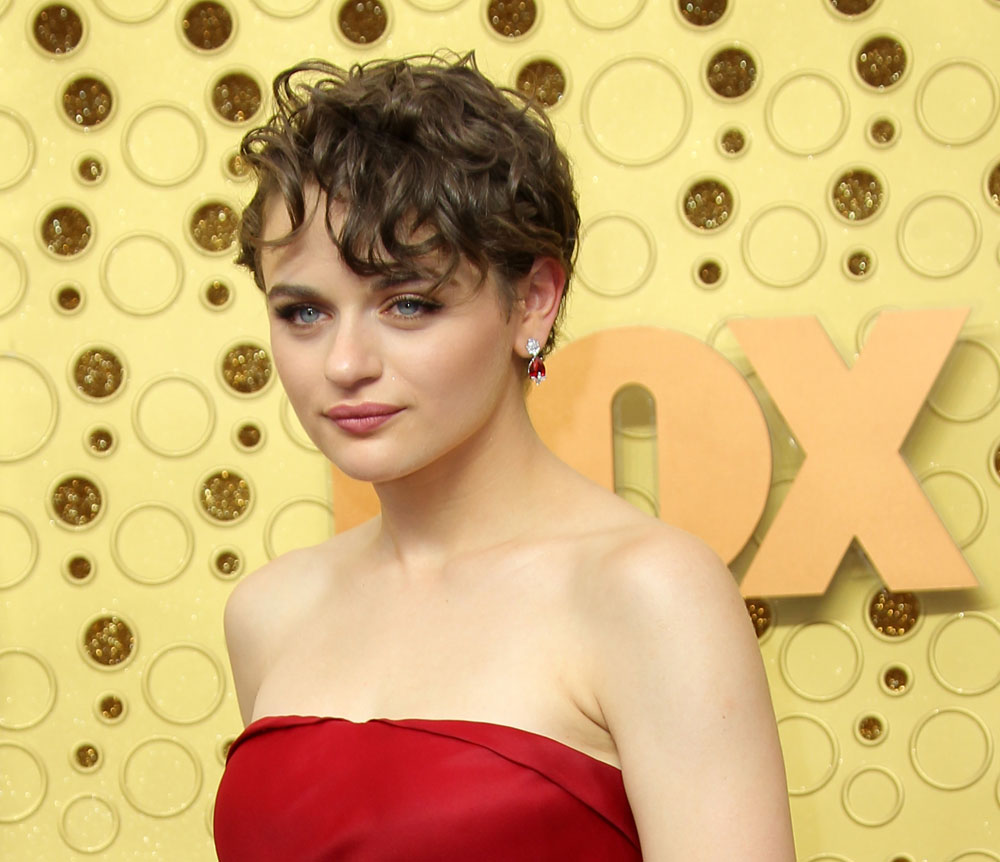 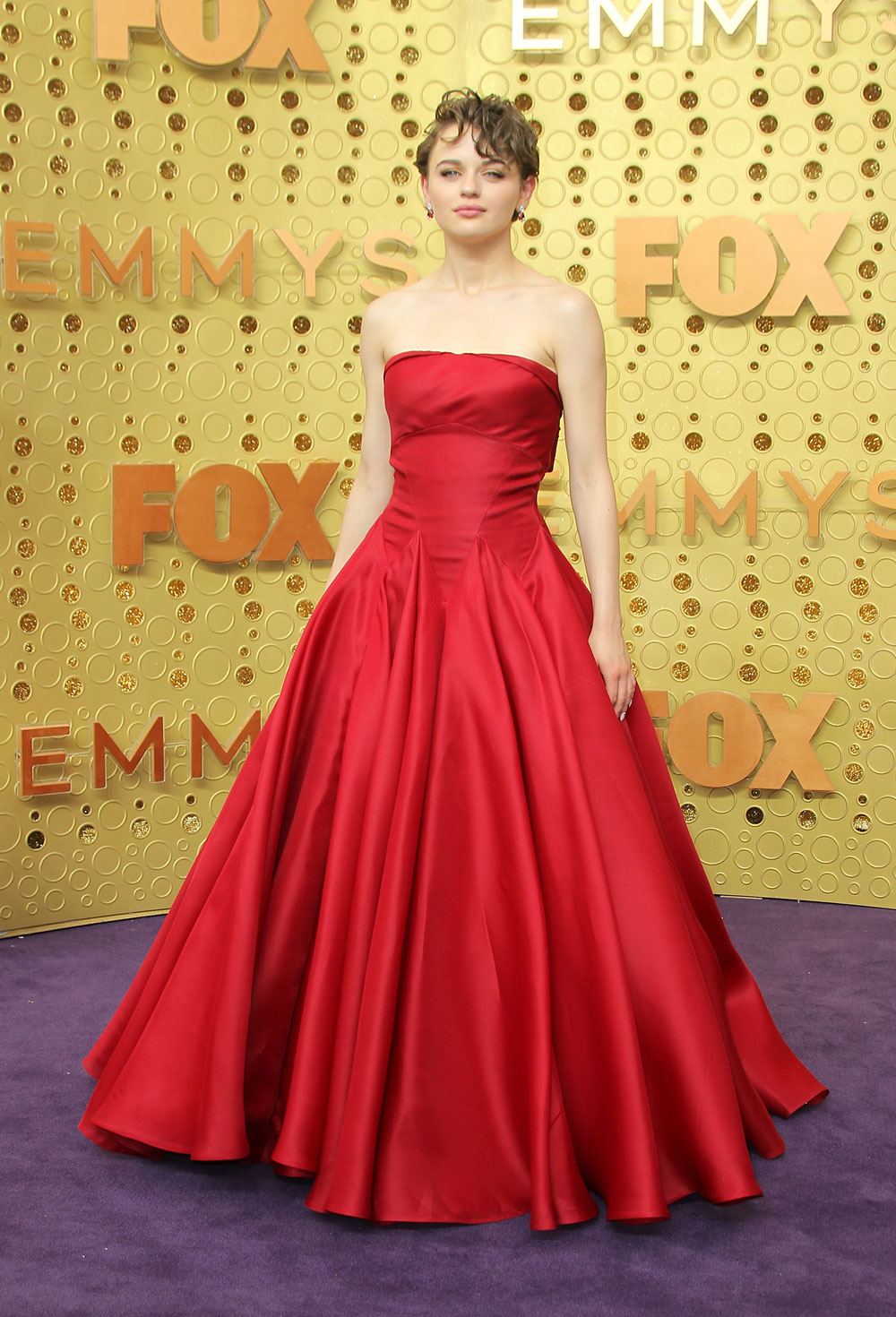 22 Responses to “Angela Bassett in a red Antonio Grimaldi pantsuit at the Emmys: one of the best looks?”