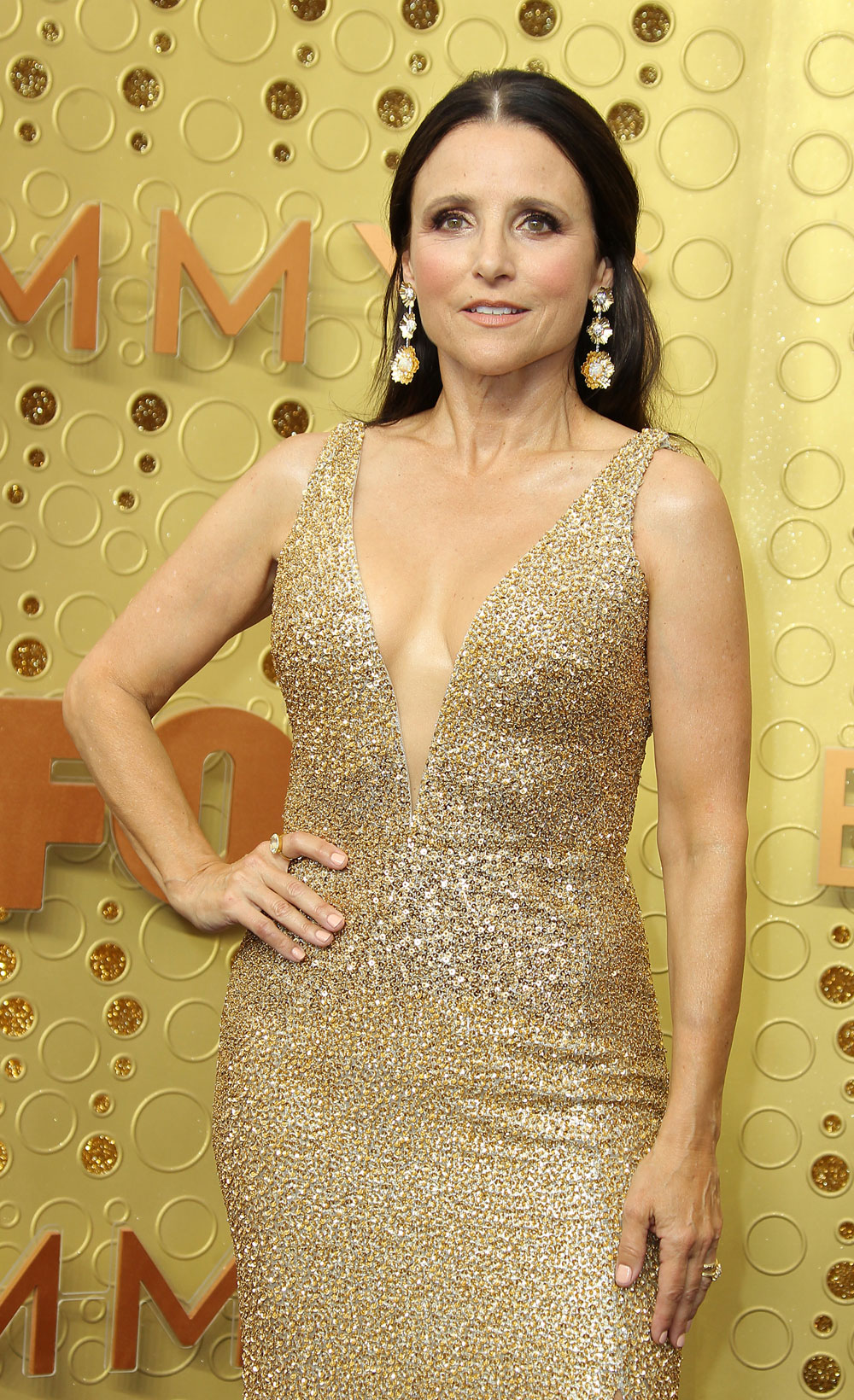 Veep didn’t take home any Emmys for its seventh and final season. It’s been nominated 59 times and has 17 wins, so I’m sure they’re not broken up about it at all. When the cast presented on stage Julia deadpanned that she thought she was supposed to present alone, which was awesome. Then when she presented with Tony Hale they joked about her loss while they were both in character and I loved it. Julia didn’t beat Cloris Leachman’s record for most acting Emmys but she has plenty of time. I’m sure she’ll get another starring role on a series, whether it’s cable or streaming.

Julia was in gold sequin Oscar de la Renta. She often plays it safe with her fashion so I loved to see her vamping it up. The color could have been a little bolder, but that’s minor. In her two purple carpet interviews, on E! and Fox, Julia admitted that she was nervous. You couldn’t tell at all when she was on stage. She’s such a seasoned actress. 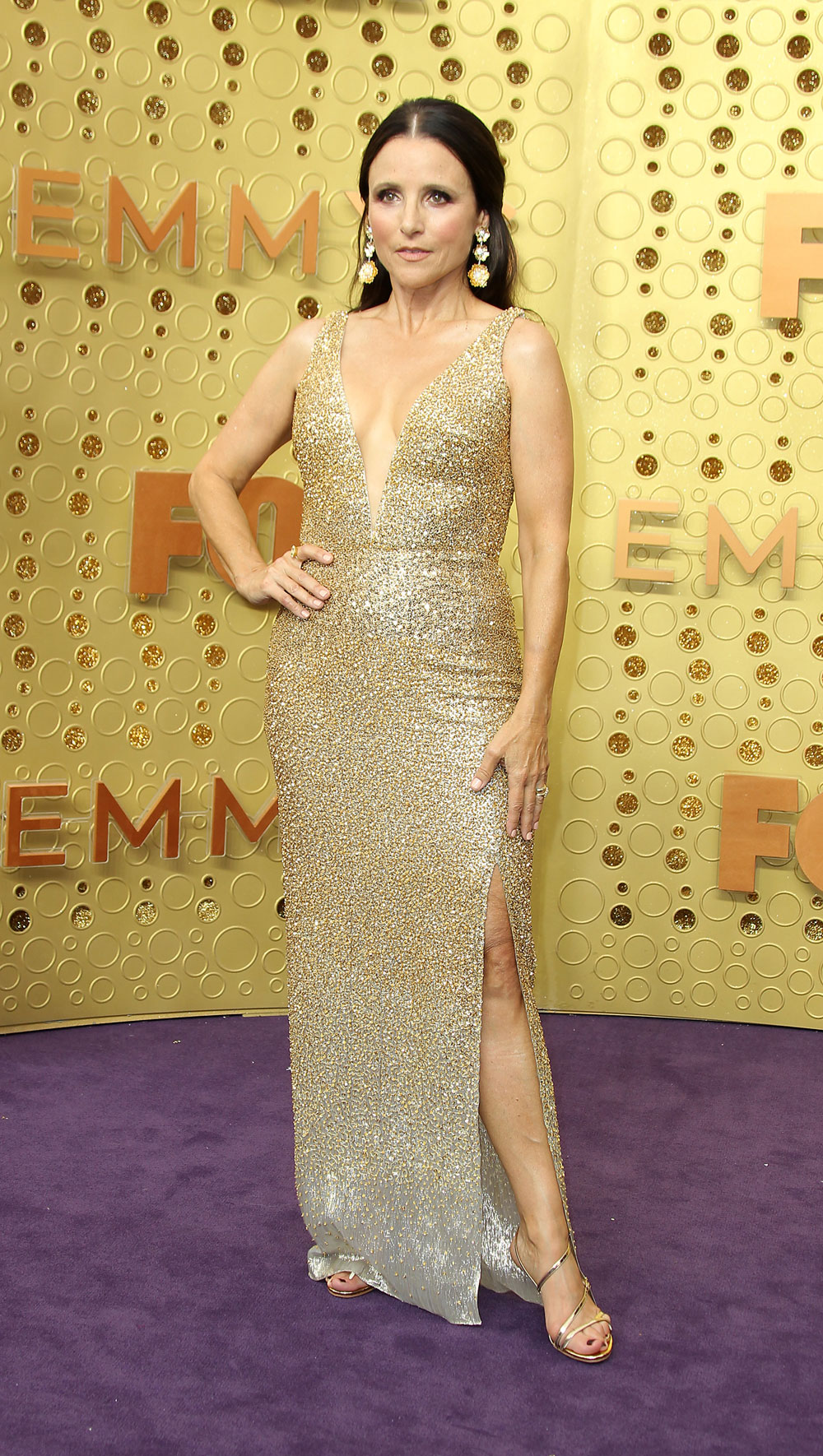 Presenter and nominee Amy Poehler was also in gold, in a Greta Constantine jumpsuit with a black tie. I enjoyed seeing the pants and jumpsuits at the Emmys, but this is cut oddly. I like the top thought and think it would work separately with cigarette pants. Also she overaccessorized. 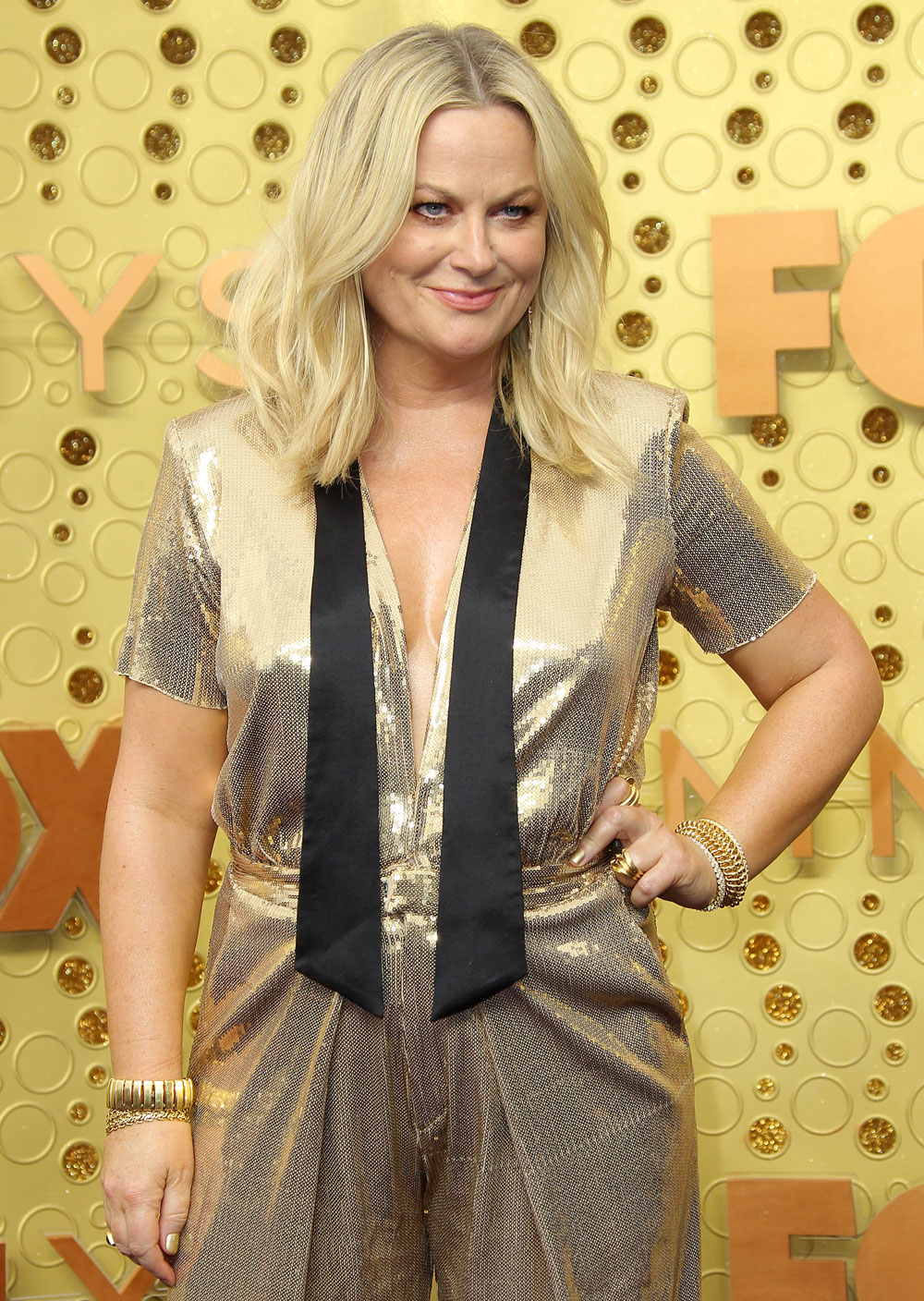 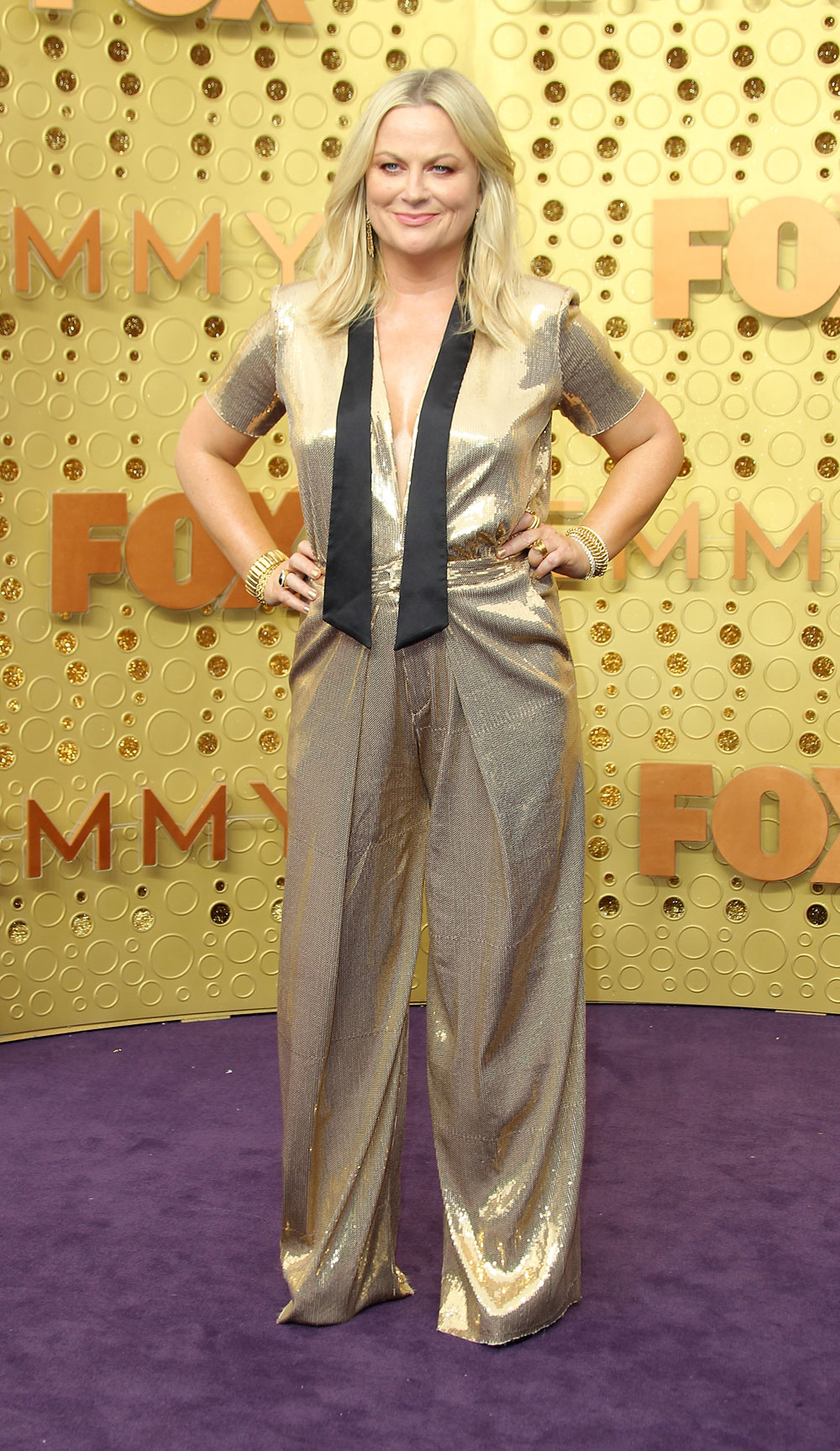 Nominee Natasha Lyonne was in a Gucci gold lamé look that just covered her head to toe. I might like this gown if the top wasn’t so fussy. It doesn’t need bishop sleeves AND a giant dippy bow. Also, I didn’t realize that Amy Poehler was a co-writer on Russian Doll, which was robbed. At least it got nominated in several categories. So many people gave up on that show after the first episode as the dialogue was too smarty pants, but I stuck with it on Hecate’s recommendation and am so glad I did.