Jodie Comer wins in white Tom Ford at the Emmys: stunning or plain? 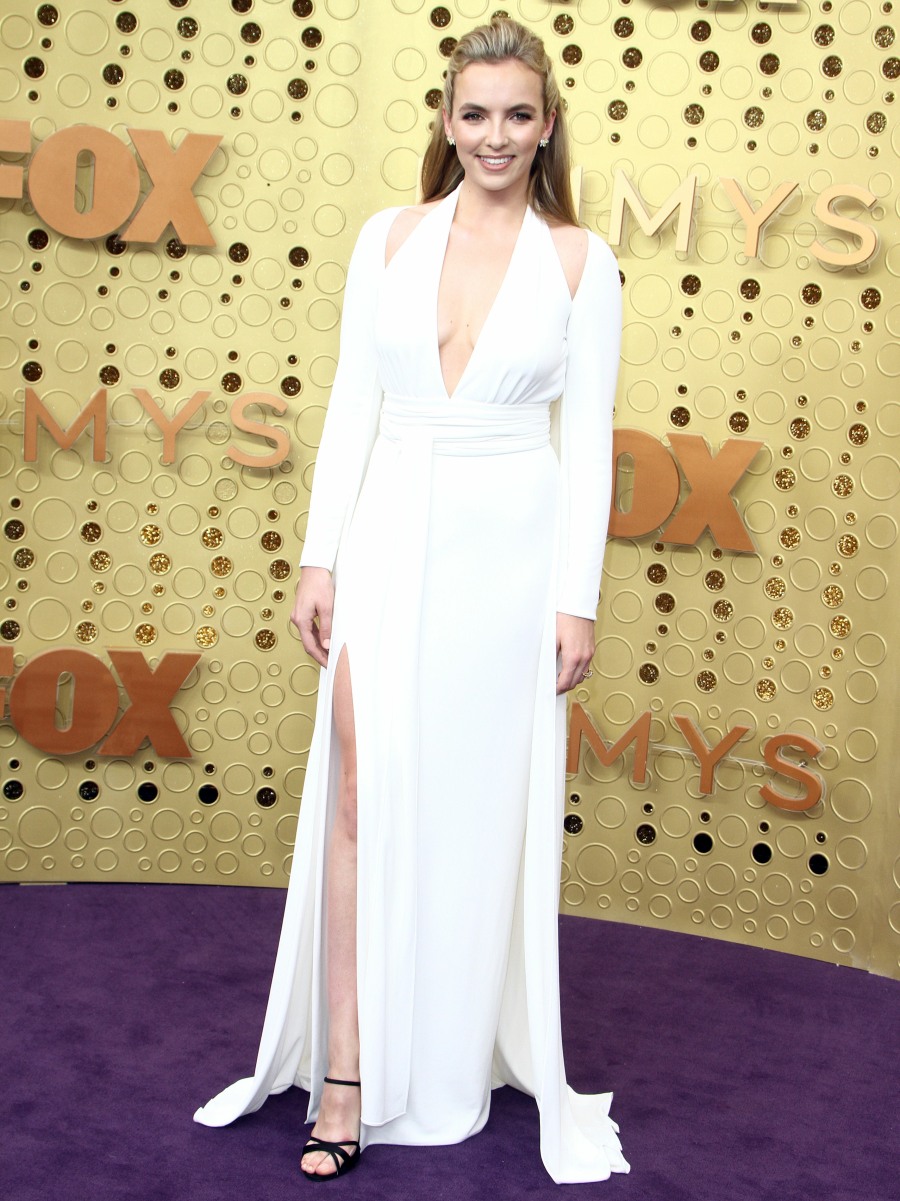 Did Tom Ford know that Jodie Comer would win the Emmy, and that’s why he only dressed her? Perhaps. Or maybe Tom Ford is just a big Killing Eve fan and he wanted to do something special for Jodie. In any case, Jodie Comer got it all – she was the only woman at the Emmys in Tom Ford and she won an Emmy for Drama Actress. The dress looks suspiciously comfortable, and I do like the design – I think I probably would have preferred it in a strong color though, like a dark green or a rich purple. Comer has the most charming accent too:

"I didn't think this was going to be my time." A shocked Jodie Comer (@jodiecomer) – star of #KillingEve – explains why she didn't invite her parents to the show in her acceptance speech for lead actress in a drama https://t.co/WmT1Fmyol4 #Emmys pic.twitter.com/dgvHO8sOi2

Oh, and before I forget: Jodie told a story on the red carpet about how she heard that Prince William is a big Killing Eve fan and she expressed surprise that he has time to watch the series. It was funny because… of course William binge-watches Netflix shows. Of course. 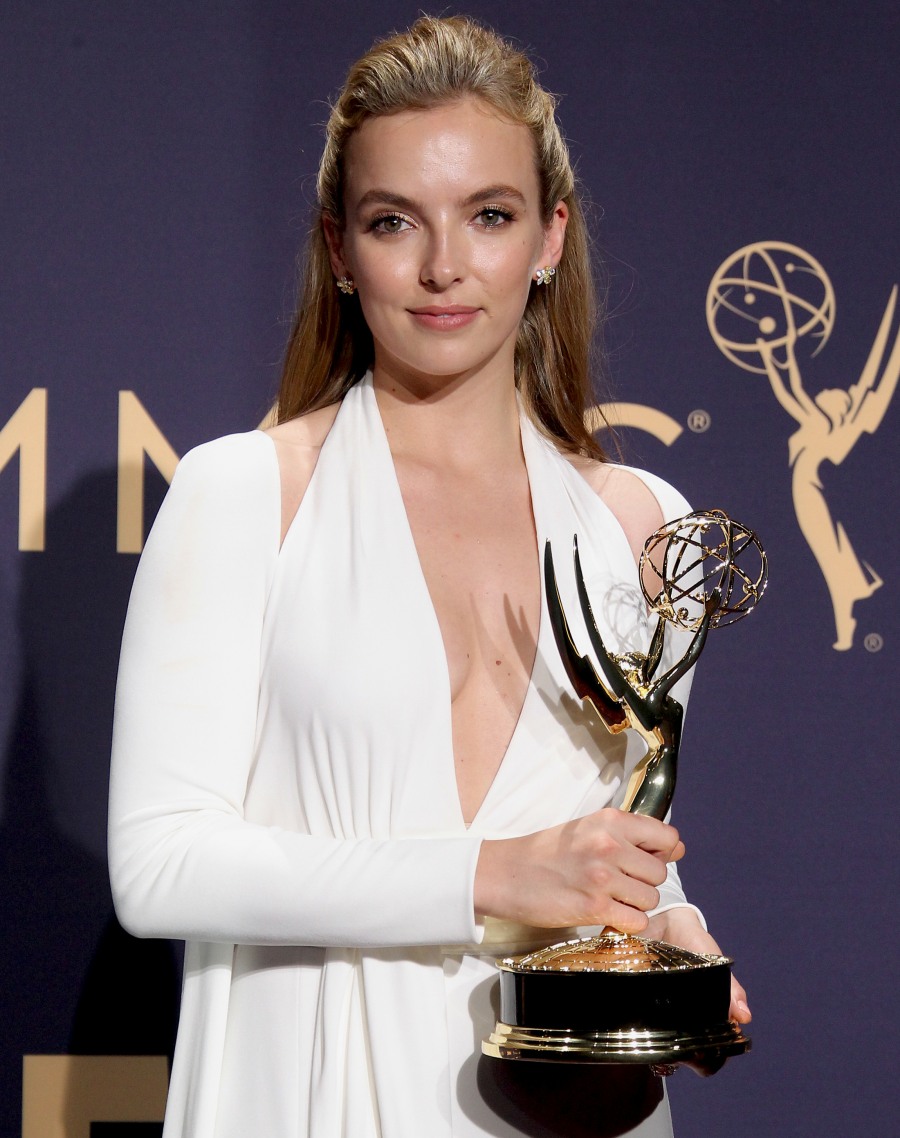 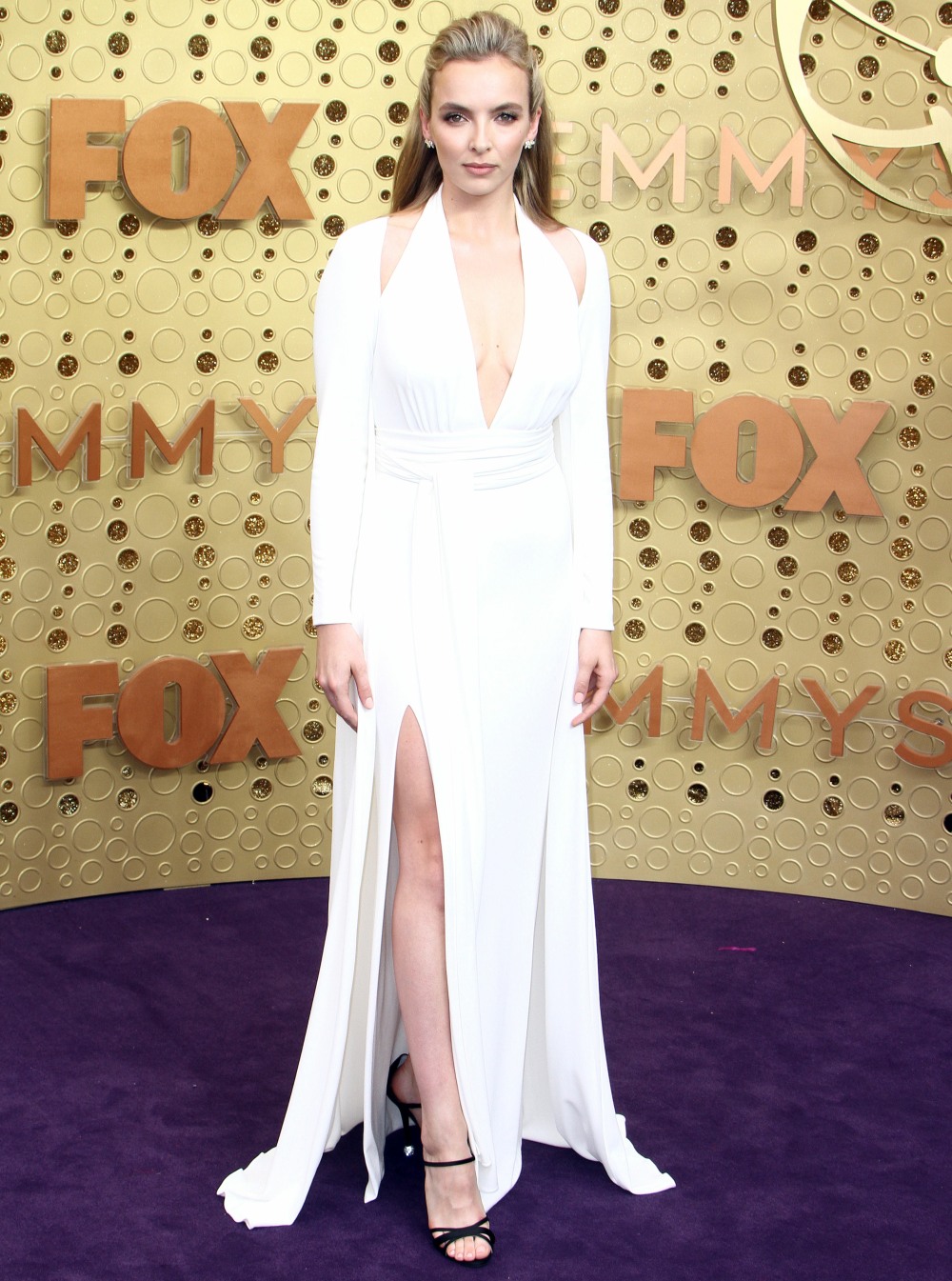 Sandra Oh is Jodie’s costar in Killing Eve (they’re co-leads) and Sandra seemed genuinely thrilled for Jodie, giving her a big hug as Jodie walked to the stage. Sandra wore this pretty pink Zac Posen gown which was very cute and only a little bit cloying. I thought it looked better in motion. 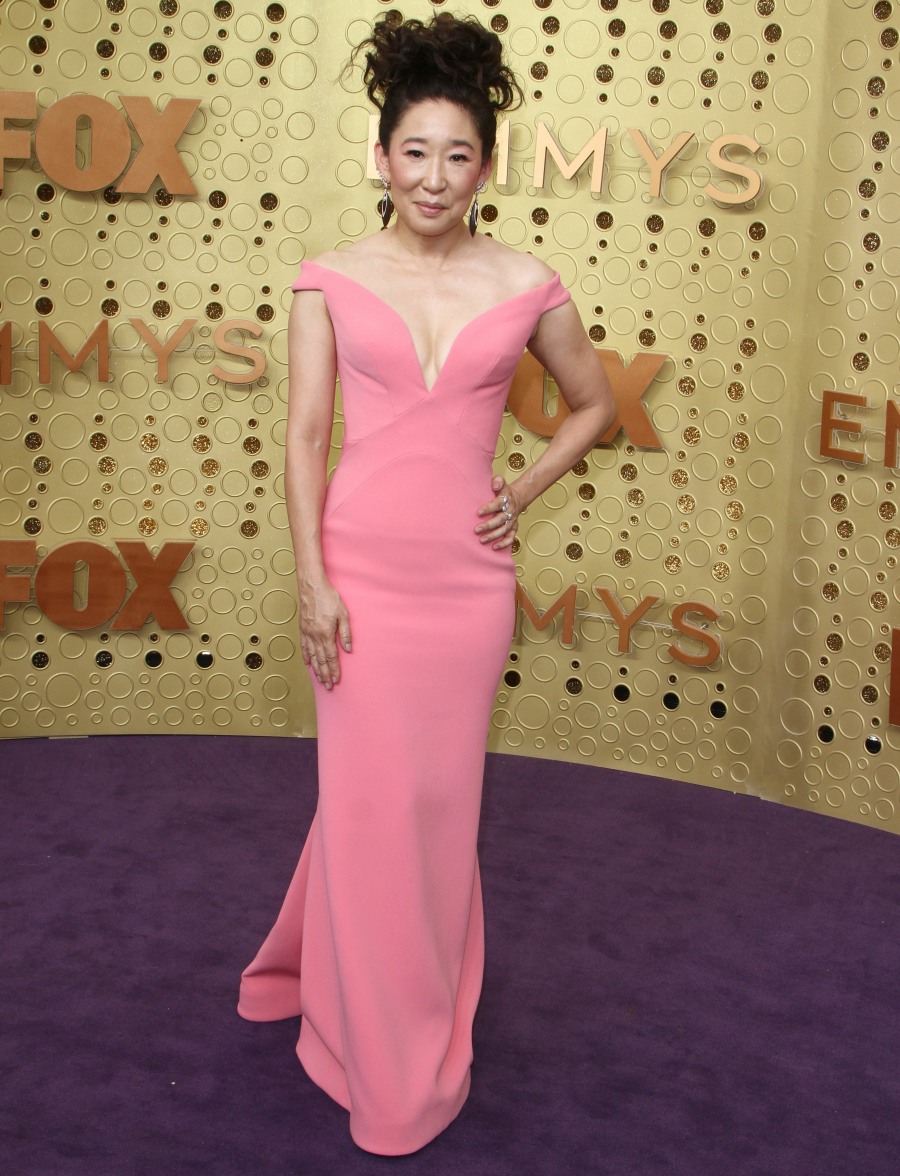 And here’s Phoebe Waller-Bridge, the star of Fleabag. She writes the show, she produced it, she created it and she stars in it, and people absolutely love her and the show. She won a slew of Emmys last night for it, for Comedy Actress, Comedy Writing and the show took home Best Comedy. She wore this simple Monique Lhuillier look – I think that was a smart choice. She wasn’t looking to be the biggest fashionista there, she just wanted to look cute and pulled-together and it worked. She’s adorable too!

"This is just getting ridiculous." Phoebe Waller-Bridge recalls the "absolutely mental" journey of #Fleabag in her acceptance speech for best comedy series https://t.co/WmT1Fmyol4 #Emmys pic.twitter.com/g7d7HYBrAF 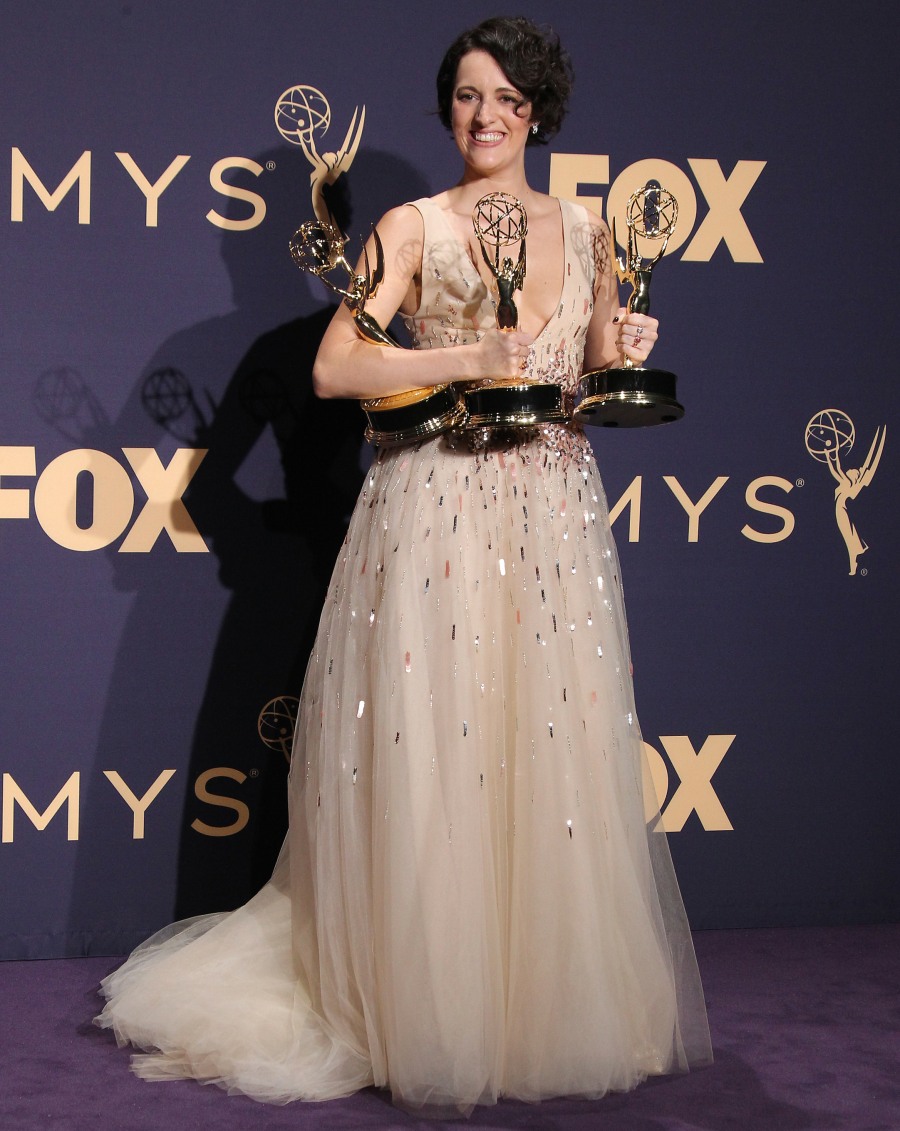 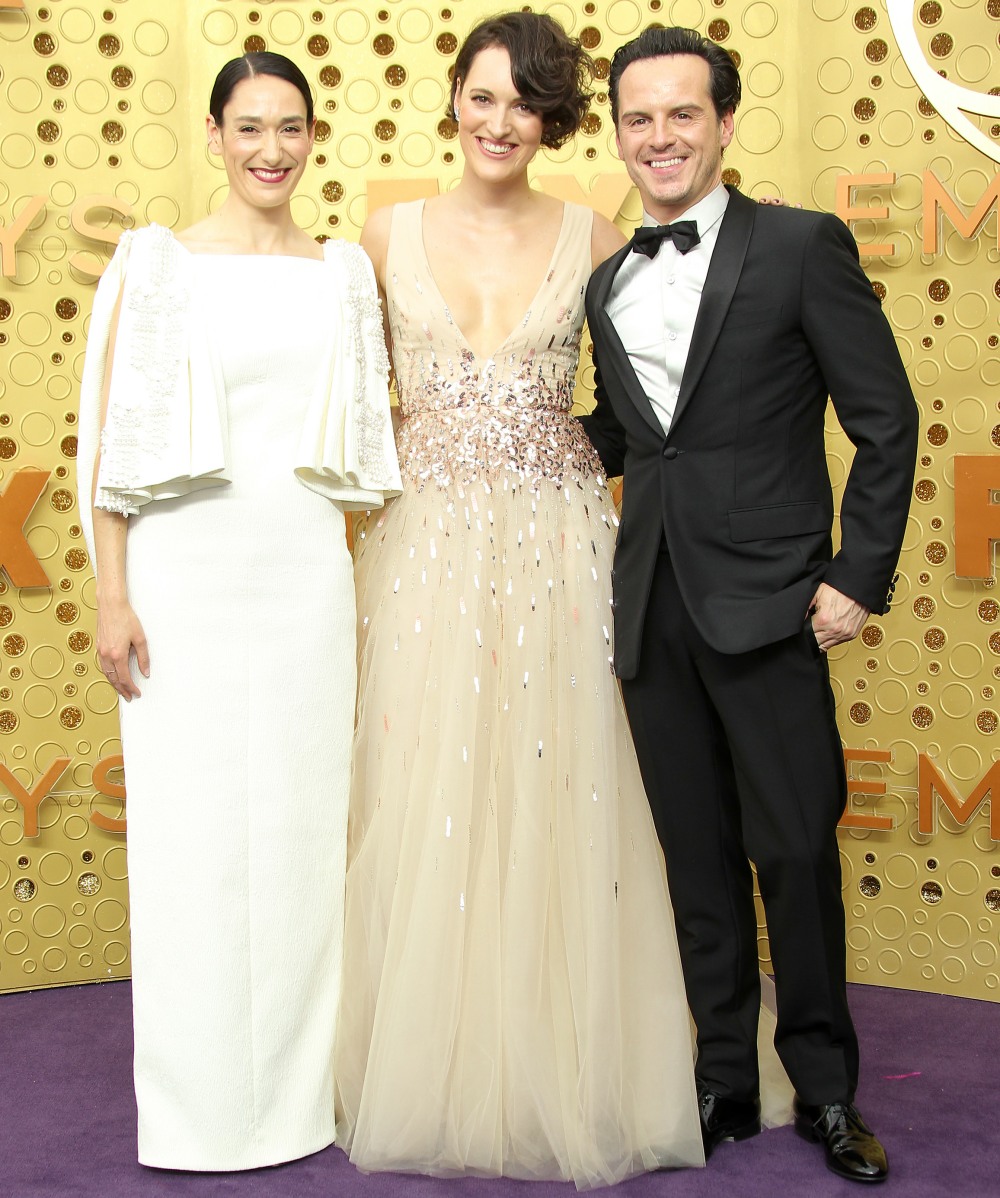 55 Responses to “Jodie Comer wins in white Tom Ford at the Emmys: stunning or plain?”