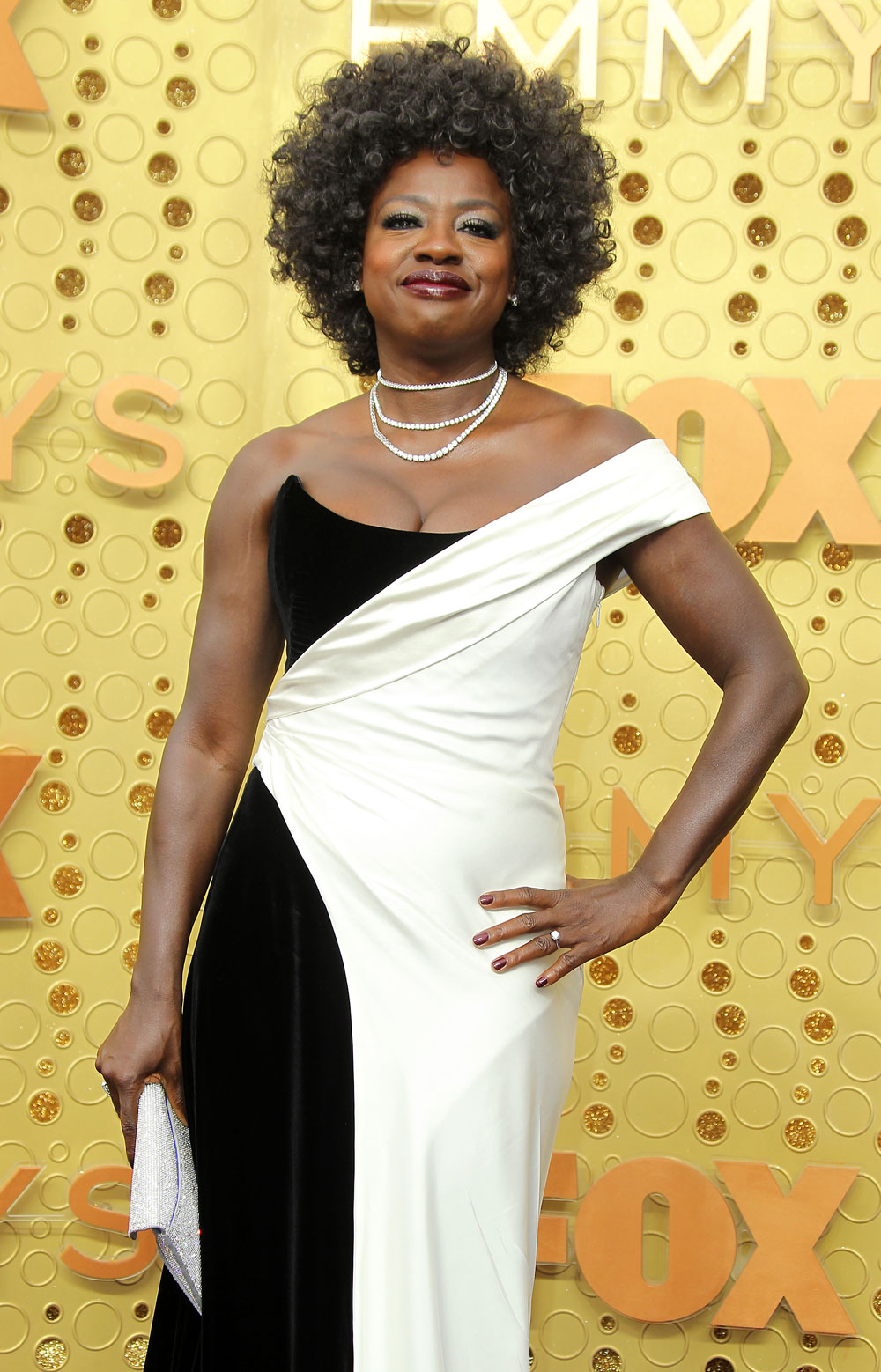 One of my favorite presenting moments last night was seeing Viola Davis walking across the stage in silver platform sneakers like it was no big deal. I spent 10 minutes looking through Amazon and eBay for silver sneakers after that! I’m going to treat myself to some high top Reeboks when this week is over. I tweeted video of Viola strutting across the stage and Kaiser told me that she always walks like that. You don’t have to be all girly to be sexy as hell!

Viola worked a black and white Alberta Ferretti gown with a pointed bustline and a single draped shoulder. I really like the way the white fabric overlaps and comes up the side to make a one shoulder gown. Viola and her husband Julius are goals. They’ve been together 16 years! Viola was nominated for Lead Actress in a Drama, which went to Jodie Comer. Viola already has an Emmy, two Tonys and an Oscar! 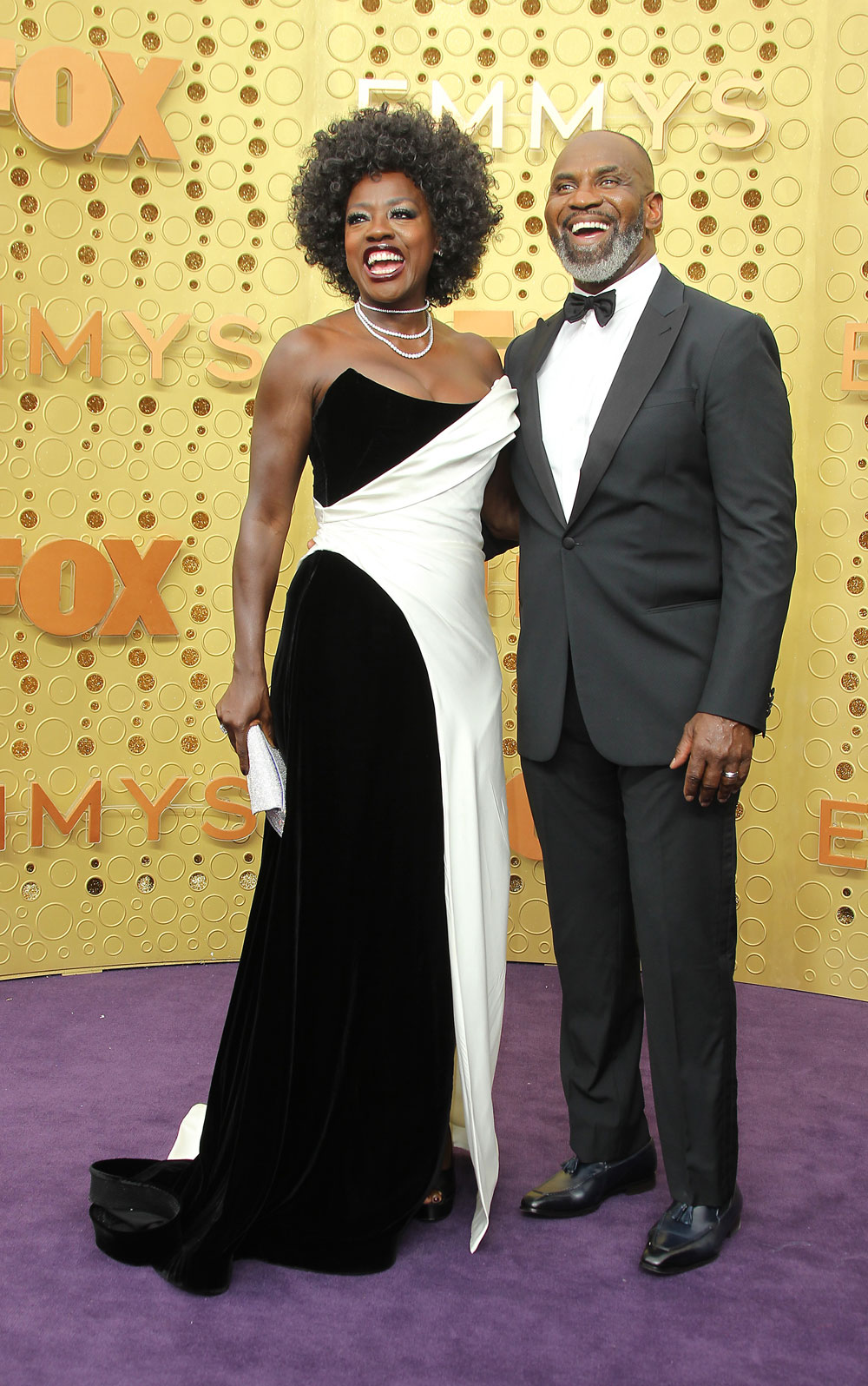 Catherine O’Hara was also in black and white, in a checkerboard Greta Constantine dress. (Update: Thanks Crowhood for pointing out that this is a nod to her Schitt’s Creek character, who loves black and white looks.) Catherine was nominated for Lead Actress in a Comedy, which went to Phoebe Waller-Bridge for Fleabag. Last night marked the first time Schitt’s Creek was Emmy nominated and all the cast attended together.

Presenter Naomi Watts was gorgeous in a black Dior ballgown with a belt and bustier bodice. I love the netting on this and the way the velvet belt is looped over itself. Remember when Naomi was Liev Schreiber’s plus one back when they were together and he was nominated all the time for Ray Donovan? She doesn’t get enough credit for keeping her business tight. There were rumors that their split was messy behind the scenes but we barely heard anything about it. 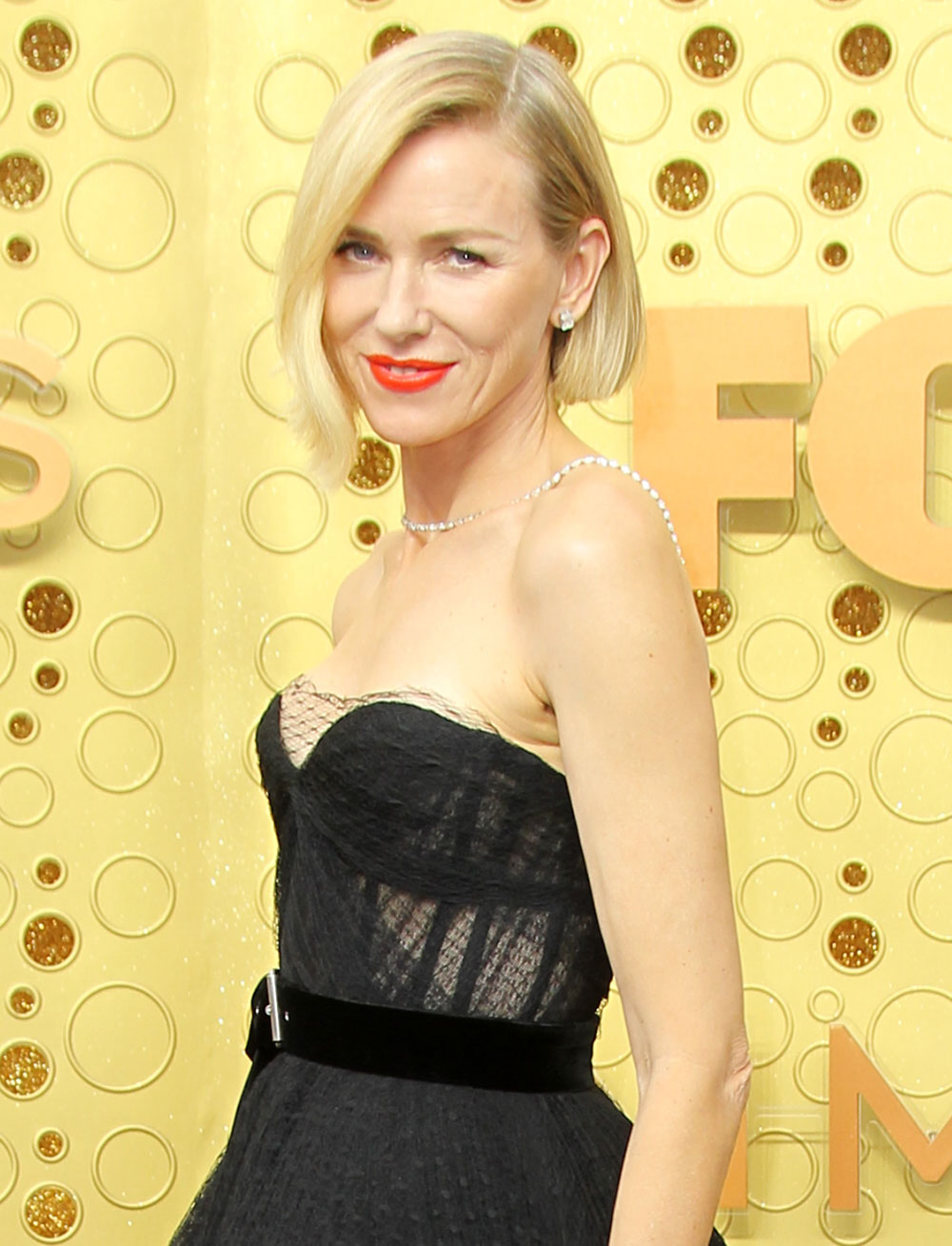 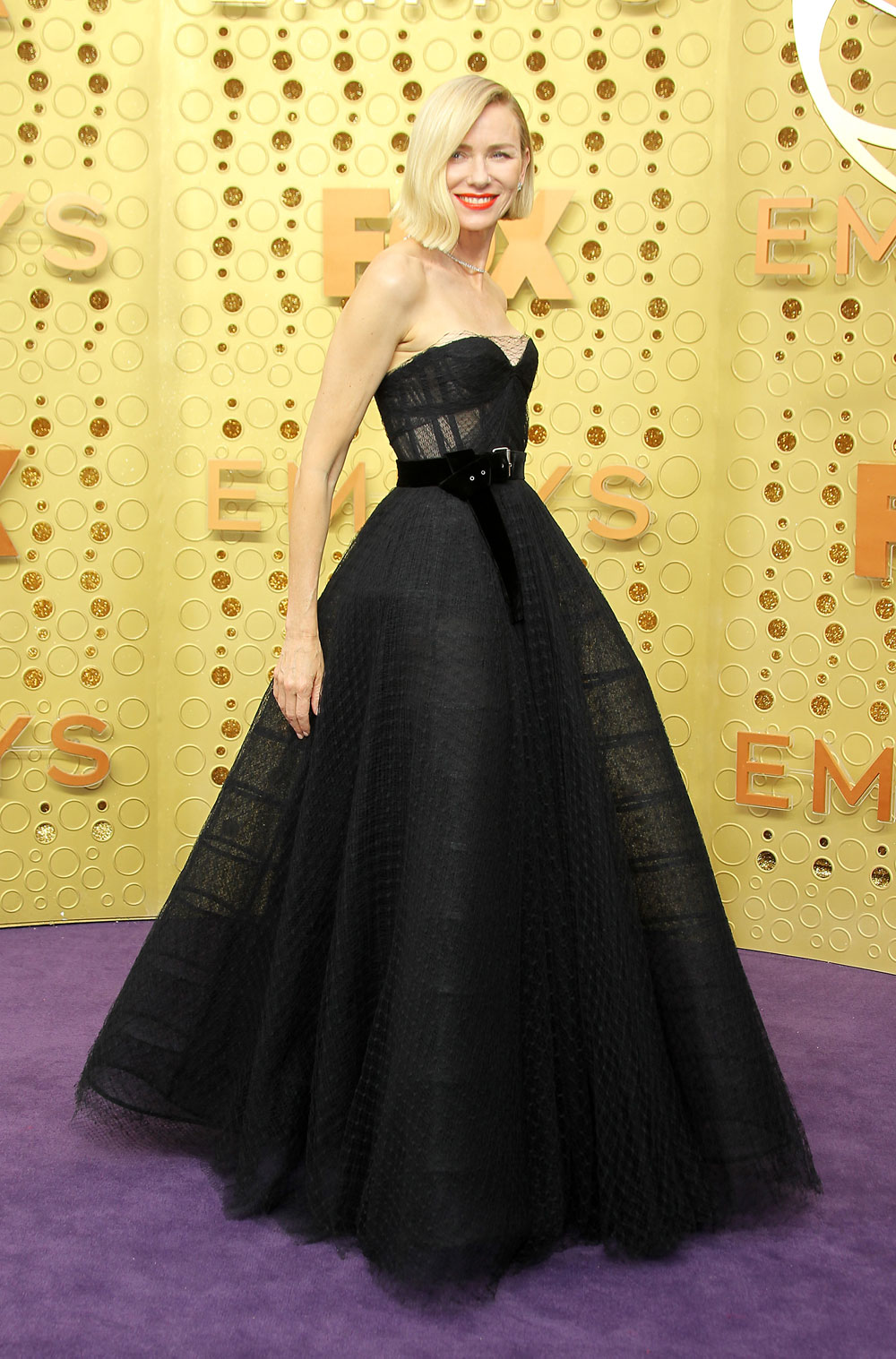 Kristen Bell was also in Dior, in an intricately beaded multi-color dress with stripes. The front looks like a dickie and I don’t like it. Also, she’s looking a bit altered and I hope it settles for her. Kristen presented with her former House of Lies costar, Don Cheadle, and they joked about how Don hasn’t won an Emmy or an Oscar. A few months ago I got confused and wrote that he’d won one for Hotel Rwanda, but that was wrong! 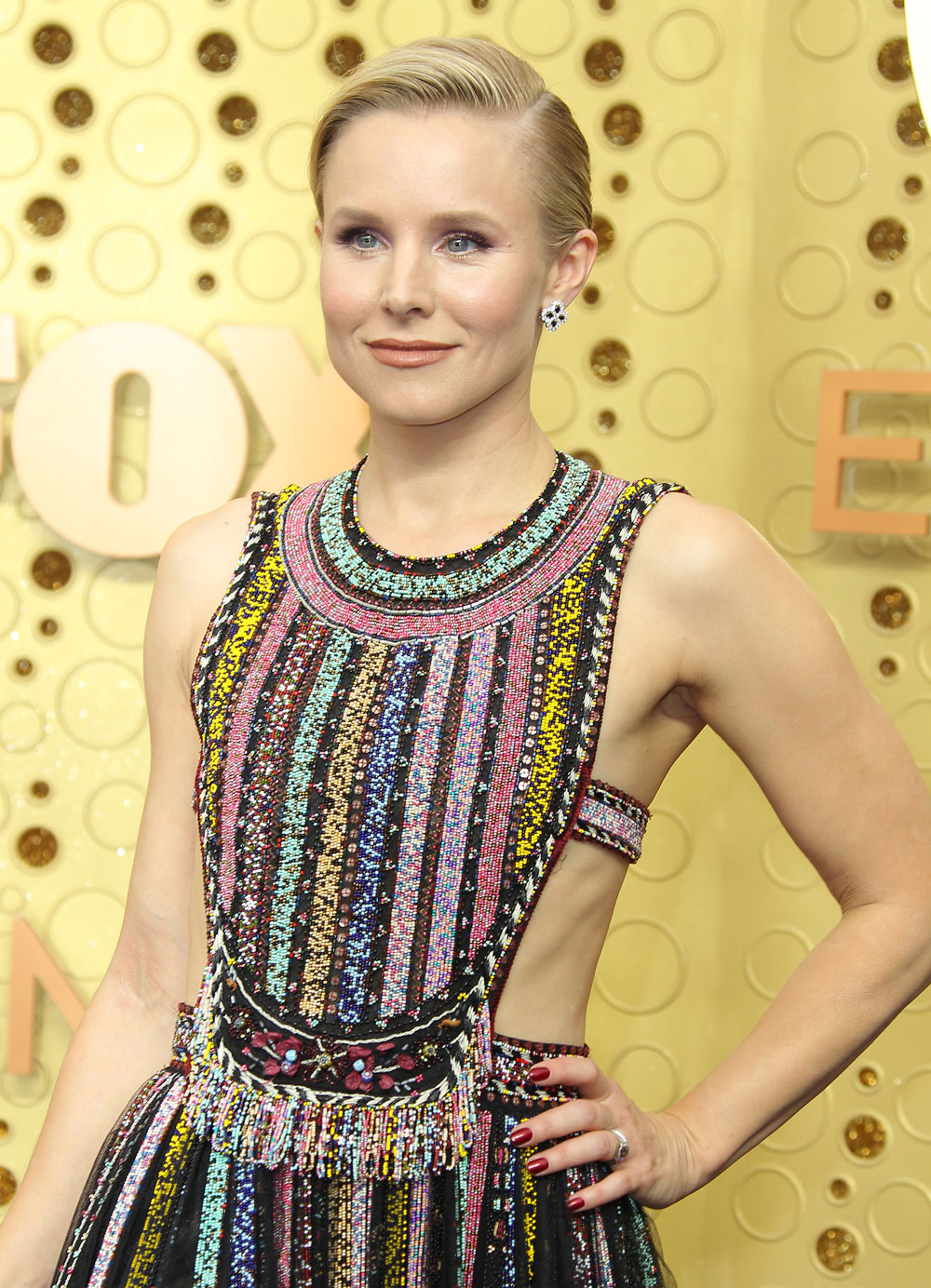 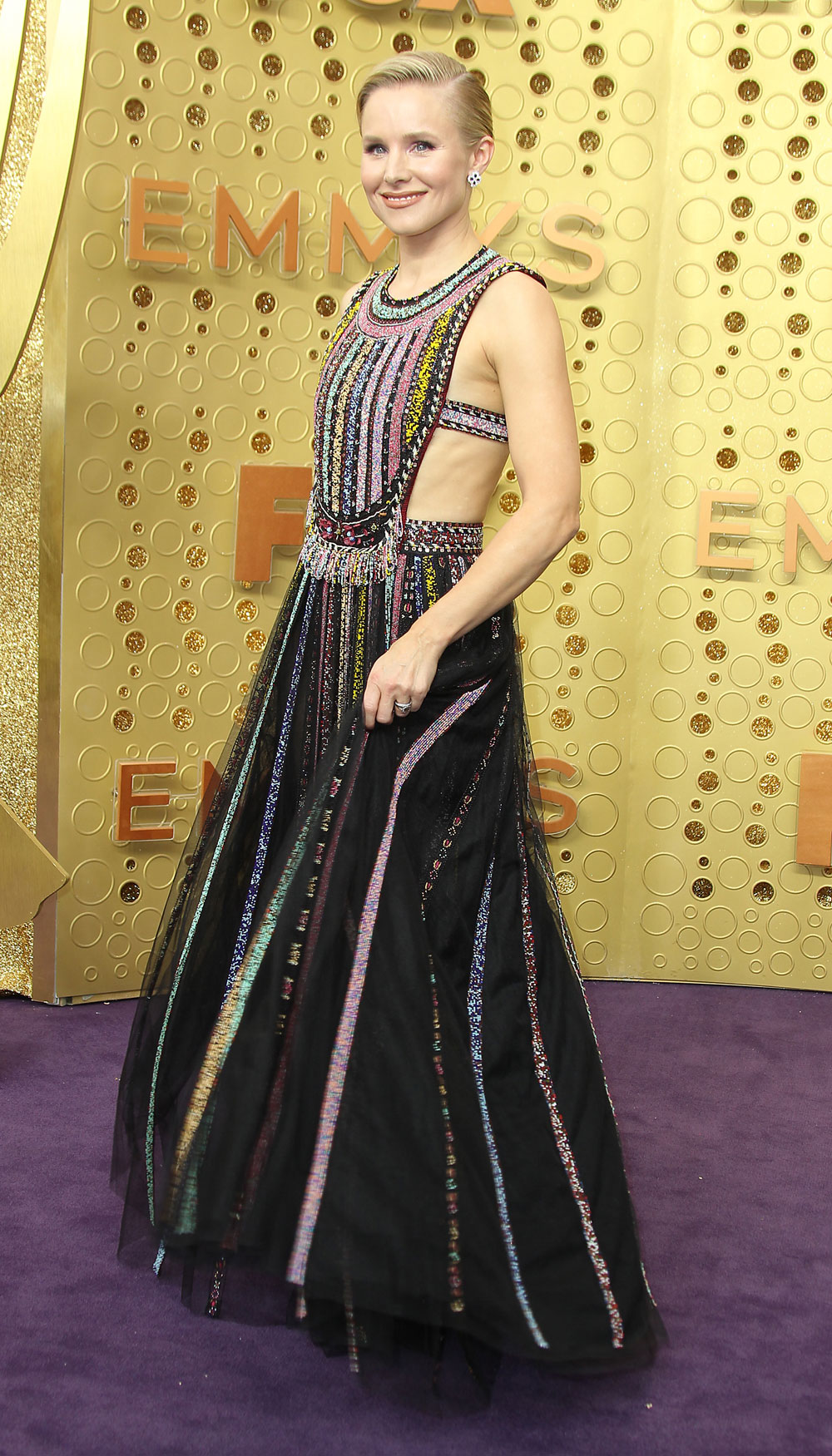 Kristen’s costar Jameela Jamil was in light blue Monique Lhuillier. I heard the E! commentators say that this was one of the big colors last night and it’s true we did see a few women in this color. Jameela said that she insists on doing her own makeup for The Good Place and on the red carpet, which explains some of her past looks. She does look great here though. 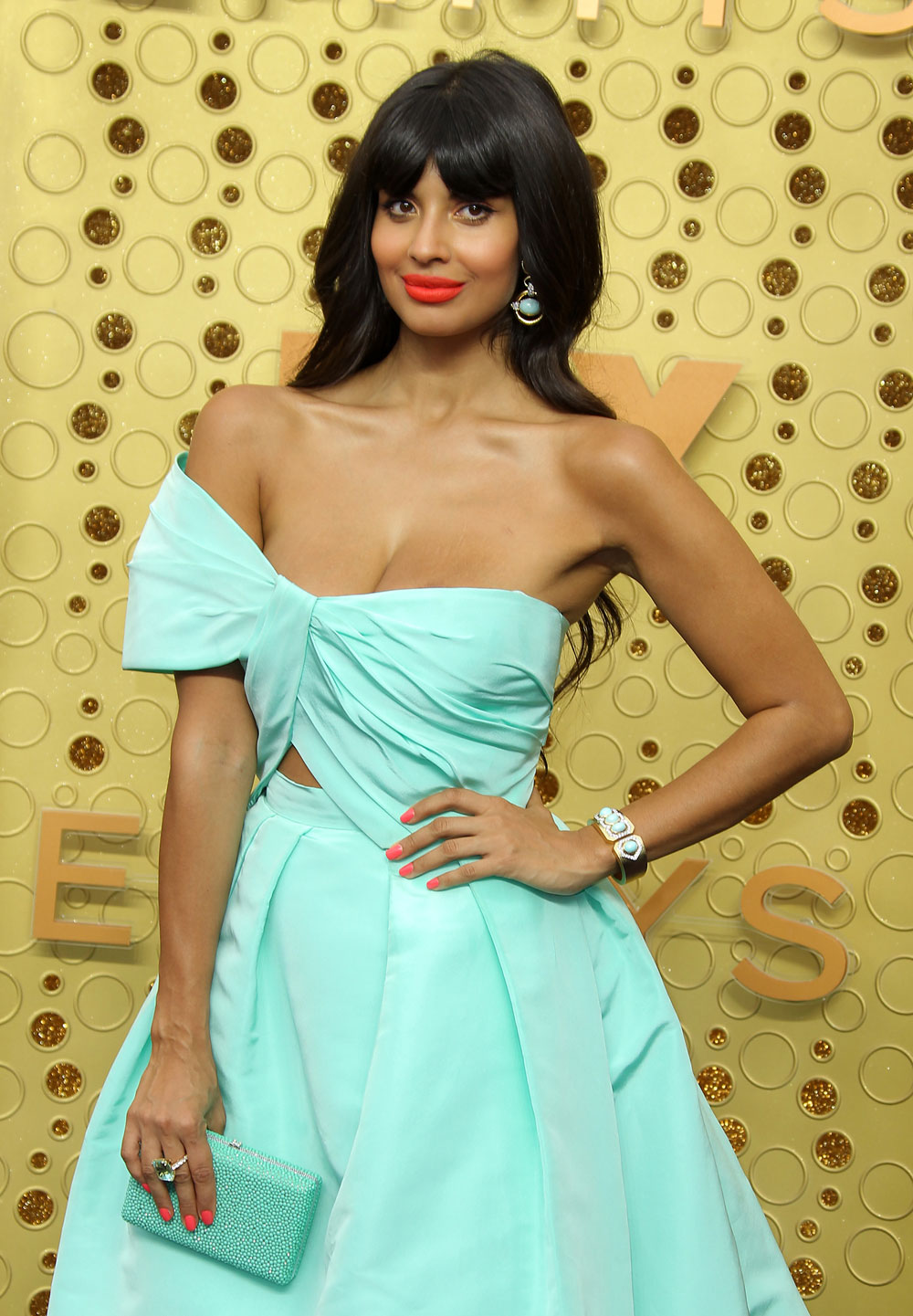 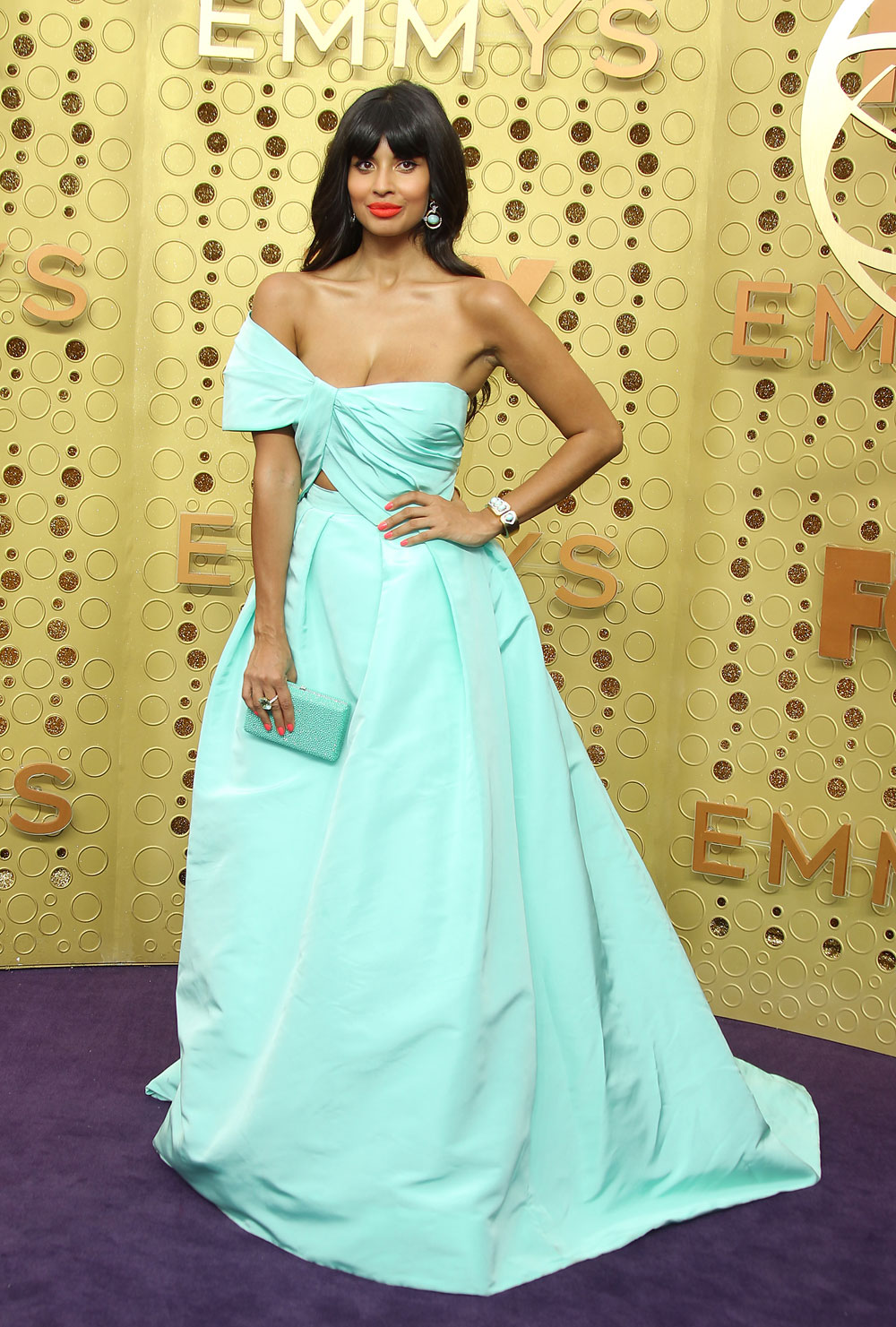