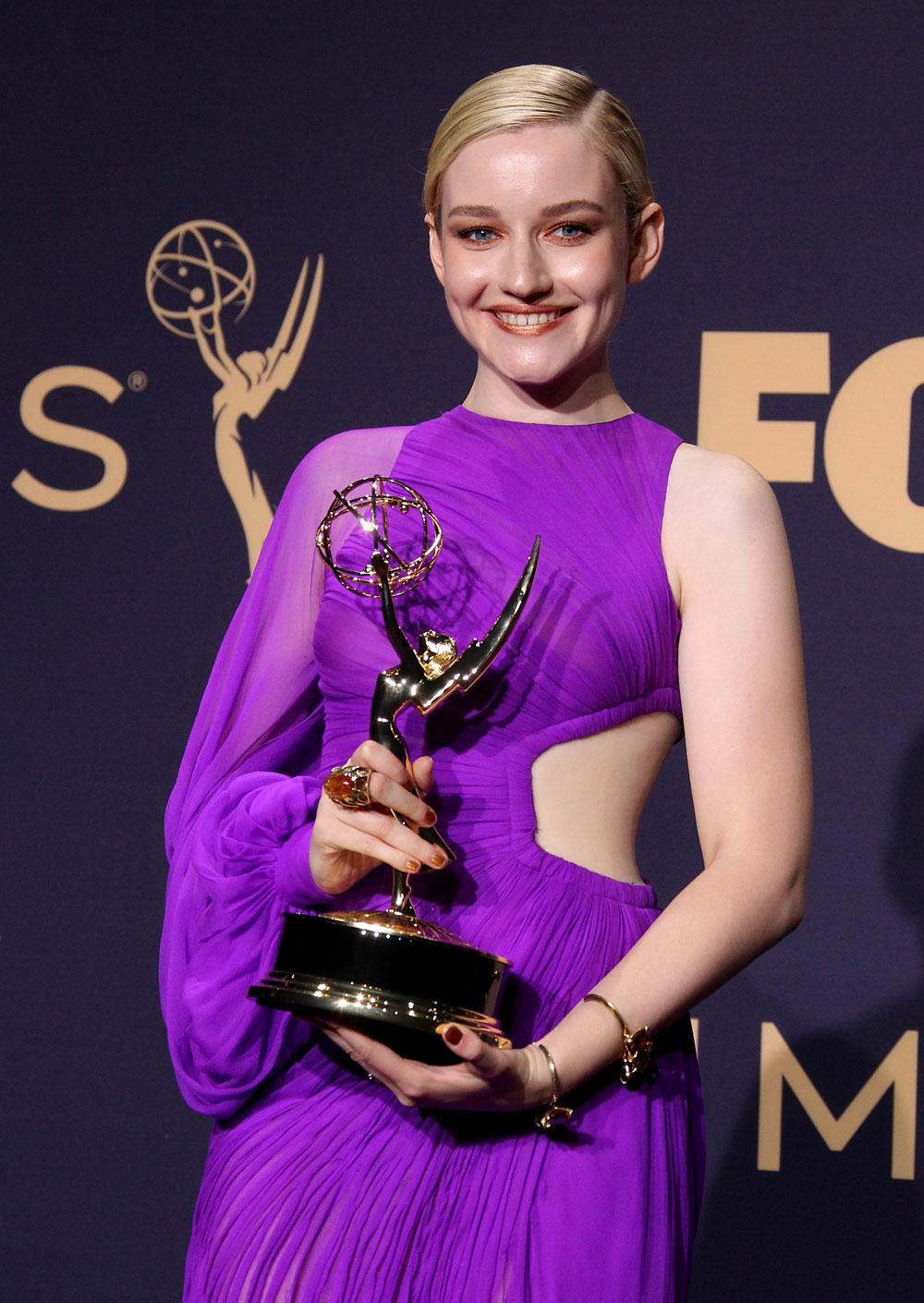 Julia Garner is 25, which is surprising to me as I usually think she’s around 20 since she’s so good at playing teenagers. She won her first Emmy last night, for Supporting Actress in a Drama for Ozark. I don’t watch that show but my friend does and he says she’s amazing in it and that this Emmy is well deserved. I know her from Dirty John and The Americans, she’s a scene stealer. Her speech was adorable, she said the Emmy looked like it was chocolate and she wanted to share it with everyone. She was in purple Cong Tri, in a chiffon gown that had a cutout on one side and a long sleeve on the other. I thought it looked great on screen. 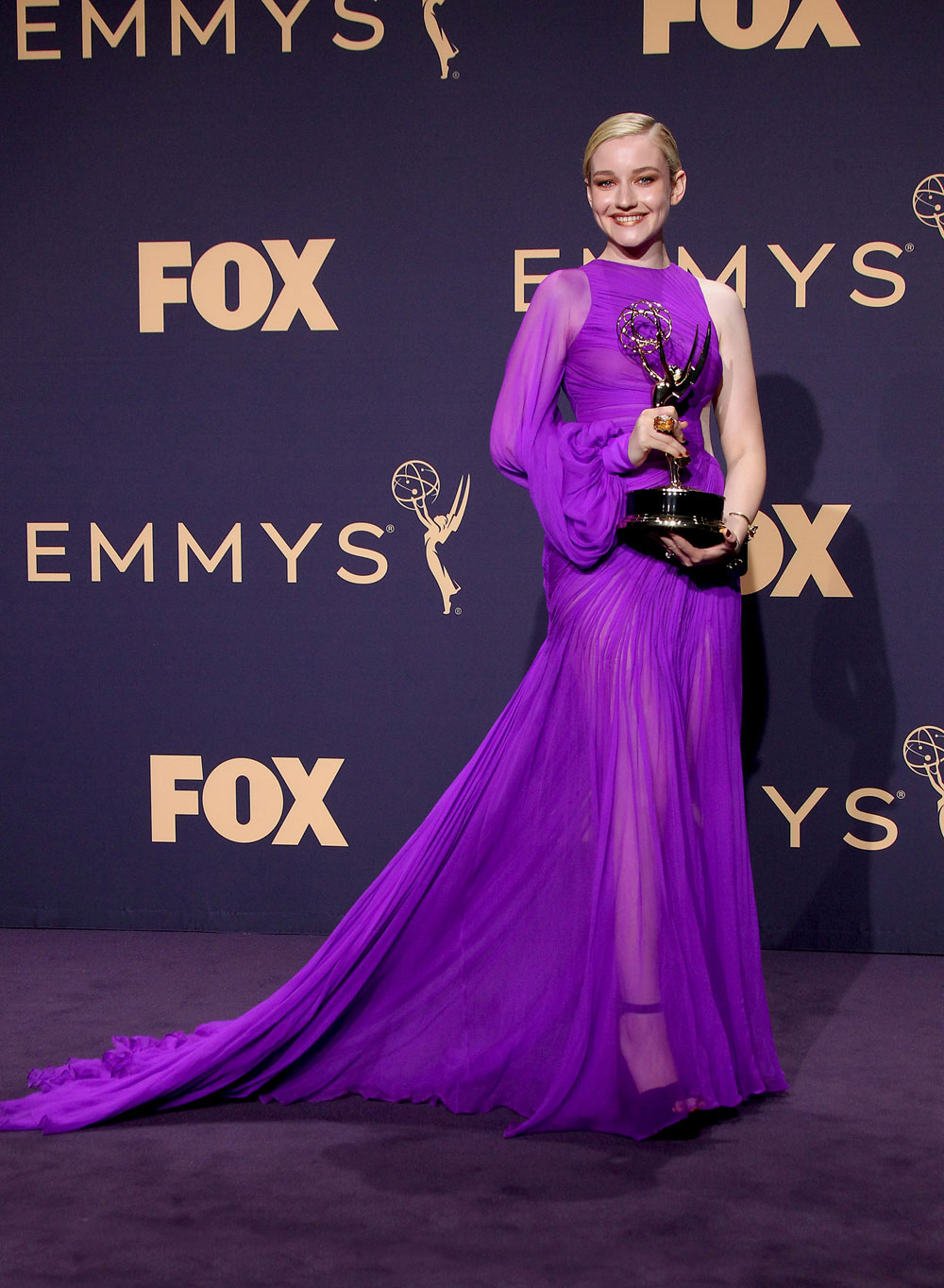 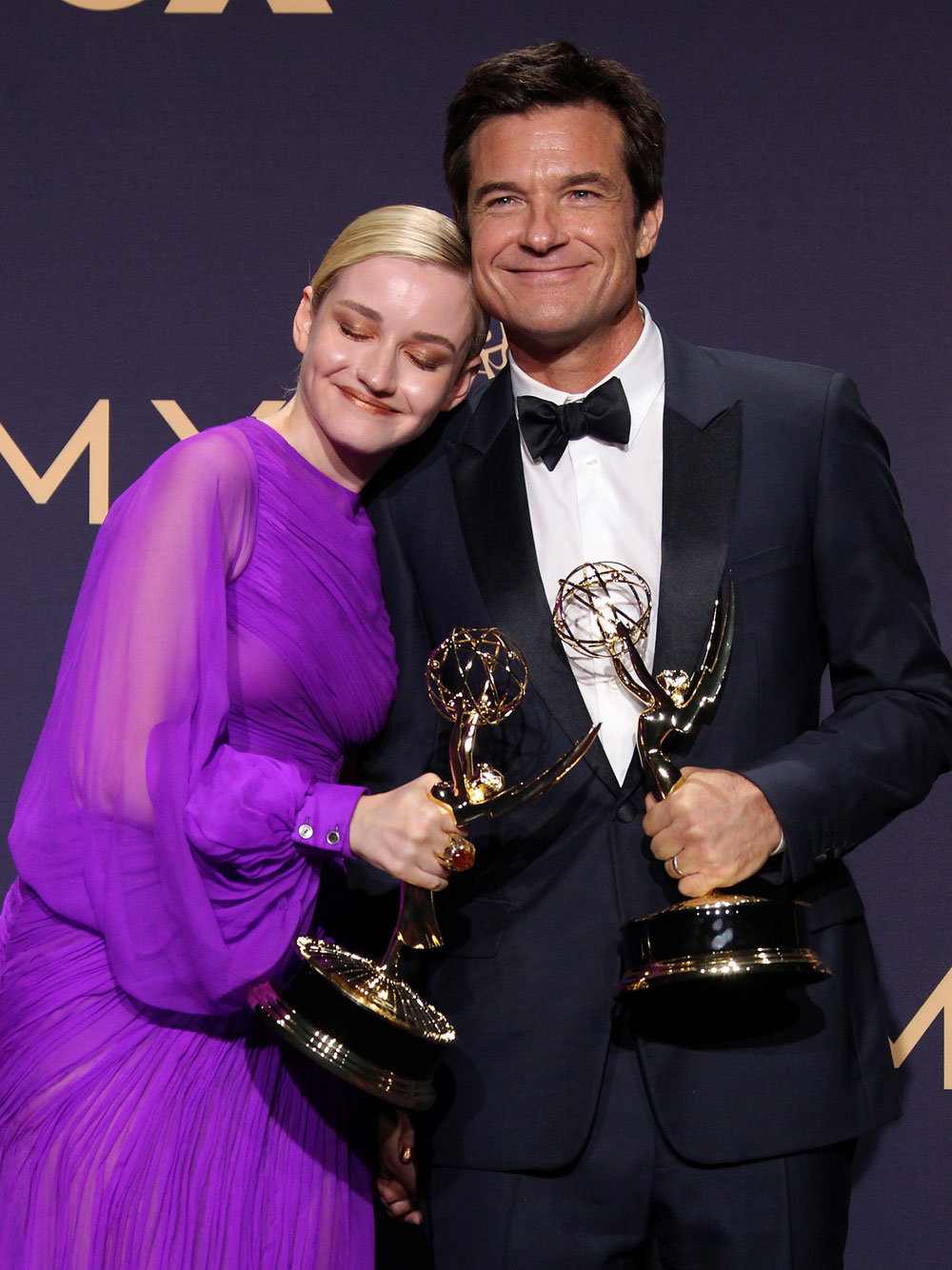 Alex Borstein also rocked purple, she was in a retro look gown and she also won an Emmy! Her speech last night was one of the most moving. She said her grandmother refused to stay in line when she was about to be executed during the Holocaust and that’s why Alex is here now. I just listened to that again and am crying now. I never thought about it like that, but the choices of so many women added up to us being here today. Step out of line ladies. 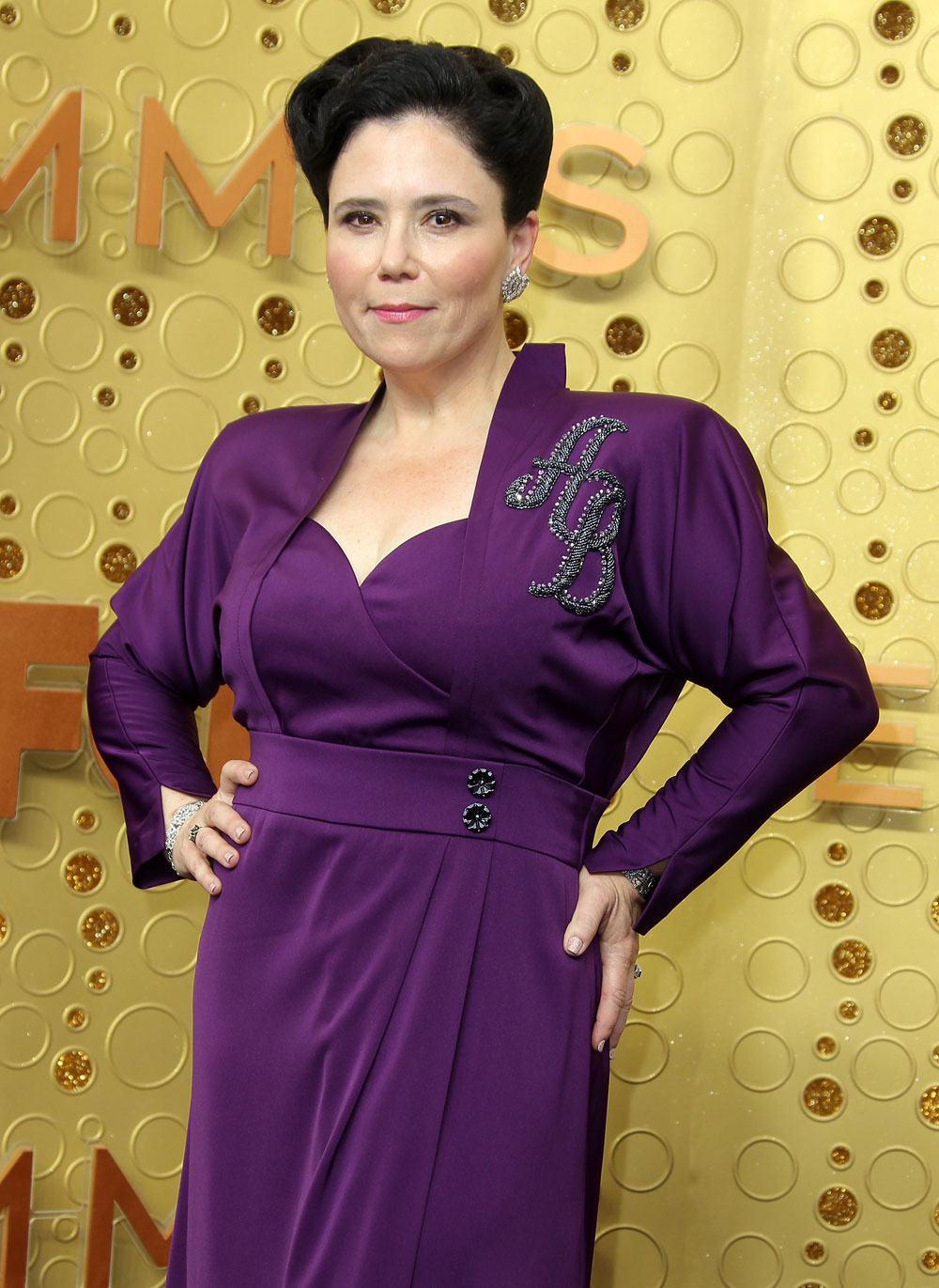 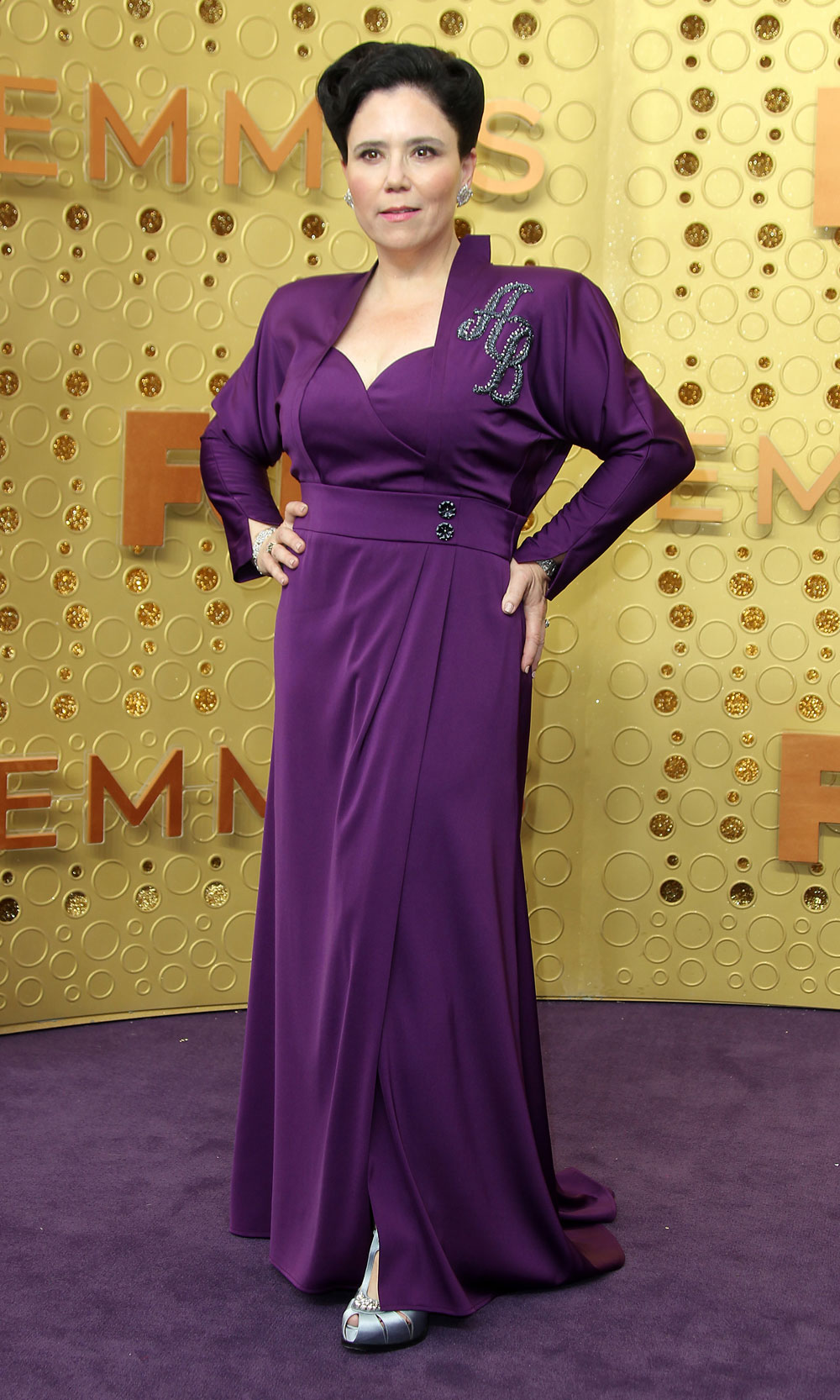 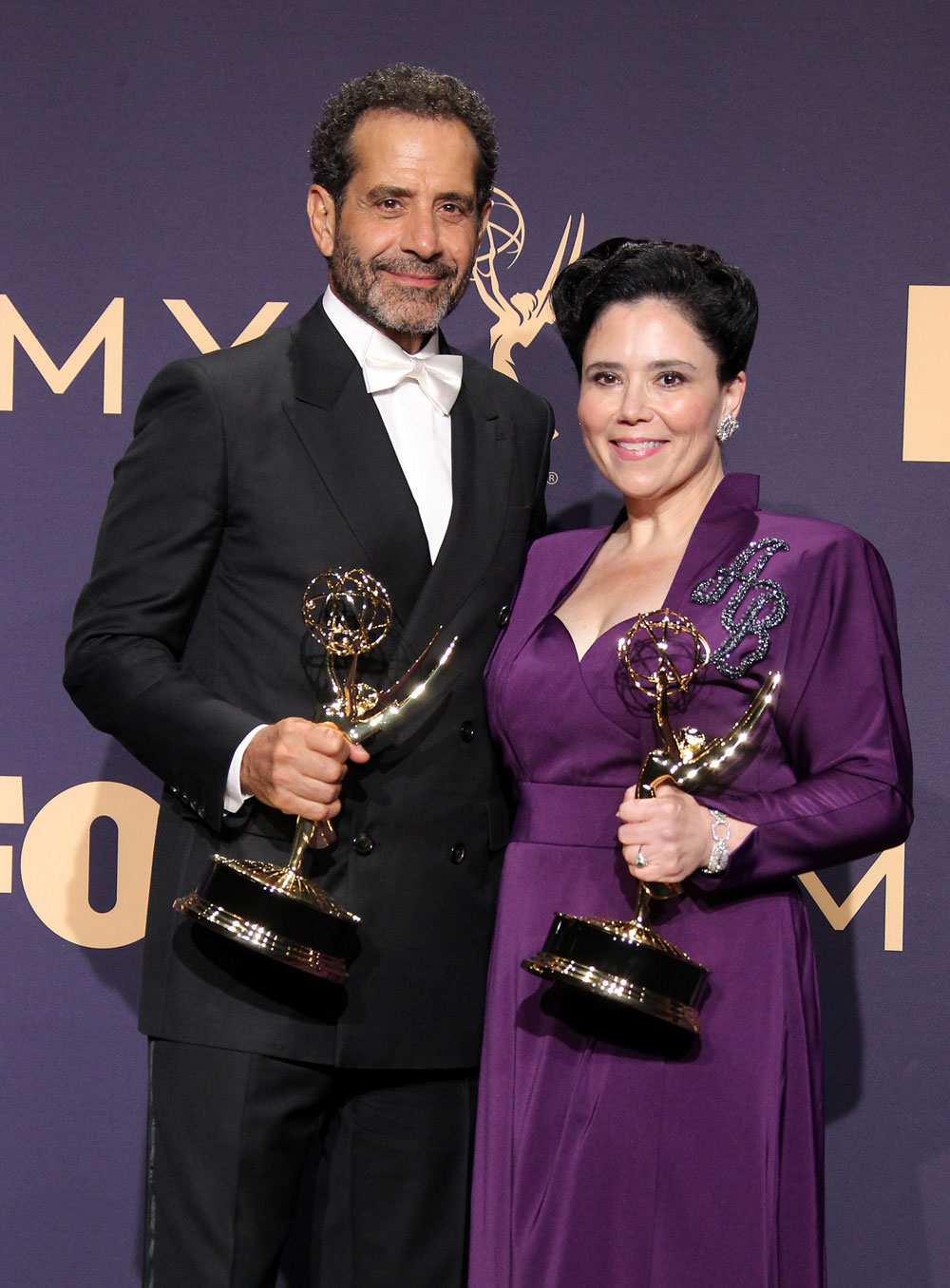 Aunjanue Ellis was nominated for Lead Actress for When They See Us. She was also in purple, in a voluminous v-neck gown with a purple, red and black watercolor print. I think I would like this better without the ruffled and gathered shoulders.