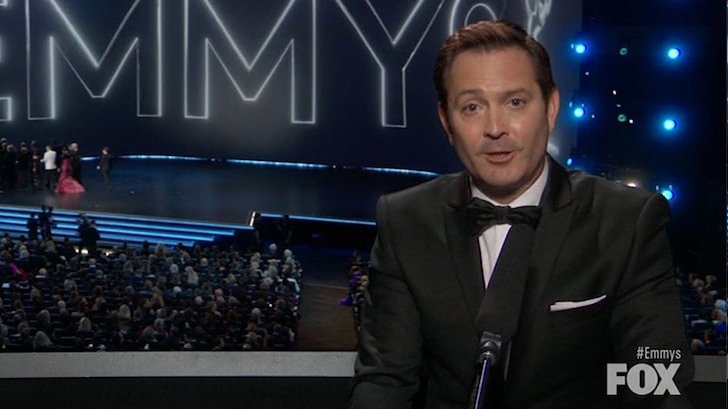 If I wrote about politics, this would be known as a “process story.” In entertainment/gossip, I have no idea what these stories are called. But I just wanted to say something about the Emmys being “hostless” – it was a terrible idea. It was terrible at the Oscars too, let’s be real. Just because the Oscars seemed to move faster without a host didn’t mean that they actually moved faster, because every awards show producer thinks that they can, like, reinvent the wheel. Instead of dumb filler from a host, we get dumb filler from utter randos.

The 2019 Emmys featured terrible comedy bits, horrendous writing and a lack of any real “moment” which brought people to the show. Instead, they chose to hire Thomas Lennon to do voiceover/announcer patter as Emmy winners walked to the stage, and he also threw to commercial. It was awful for the most part. The only good or interesting moment was when he decided to make a savage joke at Felicity Huffman’s expense: “Our producers have asked me to give a special shout-out to any of our previous lead actress winners who are watching tonight from prison. Hopefully those two weeks are gonna fly right by.”

There you go. Did that one good joke justify all of the weird/awkward/offensive sh-t he said during his voiceover? No. It didn’t. It’s not really his fault – producers should have figured out something better, truly.

Photos courtesy of Getty, The Emmys.