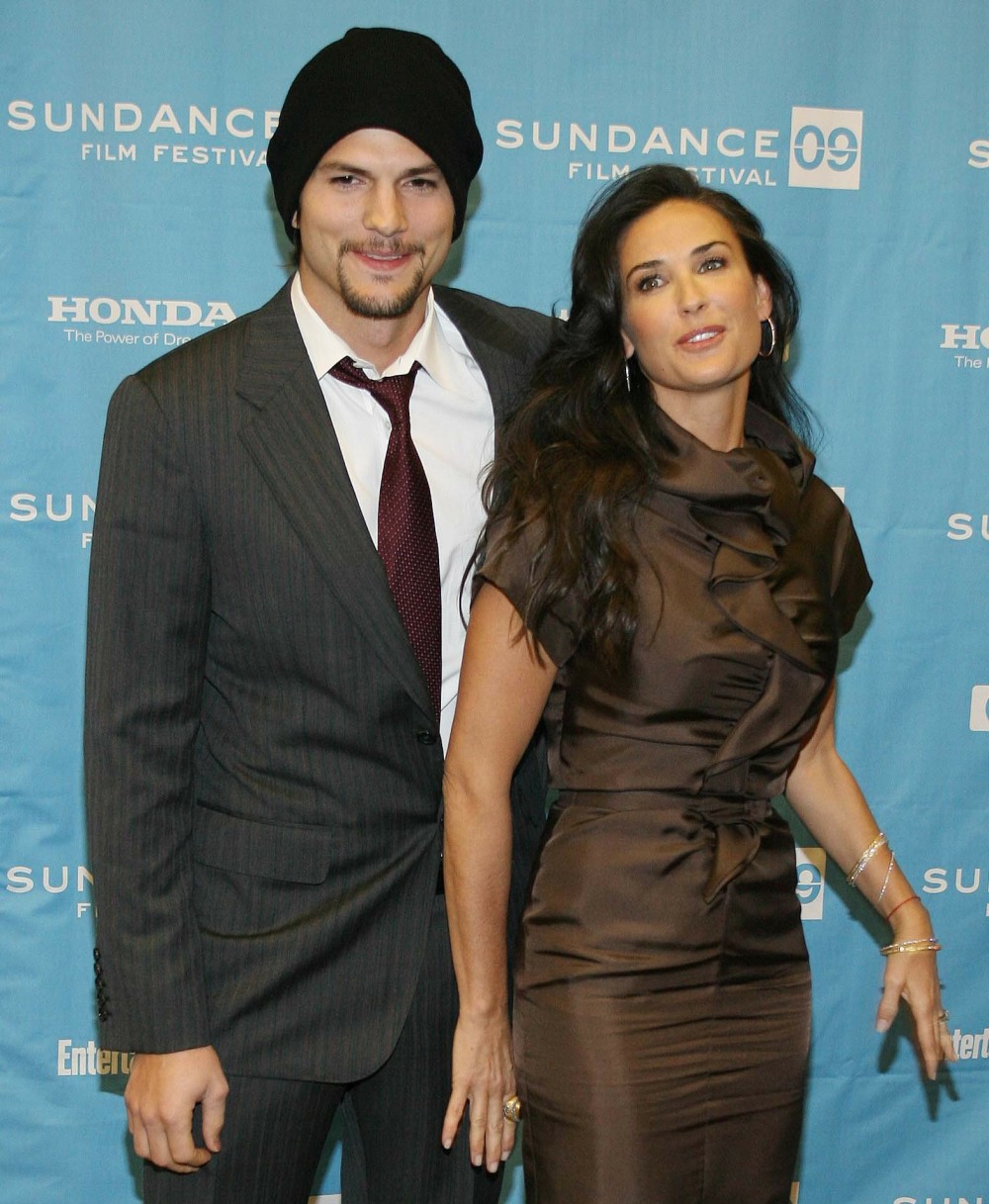 I was doing this job for the final years of Demi Moore and Ashton Kutcher’s marriage. I remember what a trainwreck they were, and I remember how the tabloid weeklies – In Touch, Star and Us Weekly – always had tons of reports about just how messy their marriage was. It was never really a secret – tabloids were literally paying some of Ashton’s side-pieces for their stories about affairs and hookups. So, in that sense, Demi Moore’s memoir Inside Out is full of confirmations to stories we had heard long ago. But I guess it’s still shocking to learn just how Ashton Kutcher was THE WORST. And probably still is the worst. I mean… I’ve always disliked him because of those old stories, and the feeling is mutual – he blocked me long ago on Twitter (which is still hysterical). Here’s some of what Demi says about Ashton now:

Demi Moore is revealing more details about her fraught relationship with ex-husband Ashton Kutcher. The actress, 56, digs deep into her previous marriage to the actor, 41, with whom she was married for eight years before they divorced in 2013.

In her new memoir Inside Out, Moore writes she “went into contortions to try to fit the mold of the woman he wanted his wife to be.”

“I put him first,” Moore says in the book. “So when he expressed his fantasy of bringing a third person into our bed, I didn’t say no. I wanted to show him how great and fun I could be.” She says the two had threesomes that left her with feelings of “shame.” “They were good people, but it was still a mistake,” Moore writes of the people she says she and Kutcher had sexual relations with. “I was strangely flooded with shame, I couldn’t shake the feeling that this whole thing was somehow my fault.”

Their threesomes caused Kutcher to stray from their relationship, Moore claims. “Because we had brought in a third party into our relationship, Ashton said, that blurred the lines and, to some extent, justified what he’s done,” Moore writes of her former husband’s alleged cheating.

While Moore was filming her 2011 movie Another Happy Day, she claims Kutcher had cheated on her a second time with a 21-year-old woman. “I knew she wasn’t lying,” Moore says of the woman who claimed she’d slept with Kutcher. “He admitted it right away.” The actress writes Kutcher moved out of their home shortly after.

Demi also opens up how she basically had a breakdown following her split with Ashton, which I remember as well, and I believe was probably much worse than we were told at the time. I feel like she’s still internalizing too much sh-t from that marriage too – Ashton was clearly manipulating her throughout, to the point where she still thinks it’s partly her fault for “saying yes” to threesomes, which somehow gave him the green light to cheat? No. It was his responsibility to make sure his wife was 100% cool with third parties in their sex life (which he did not), and as for his infidelity – he cheated because he’s a cheater, not because the threesomes gave him a green light.

Here’s Demi’s interview with Diane Sawyer, which aired a few days ago. 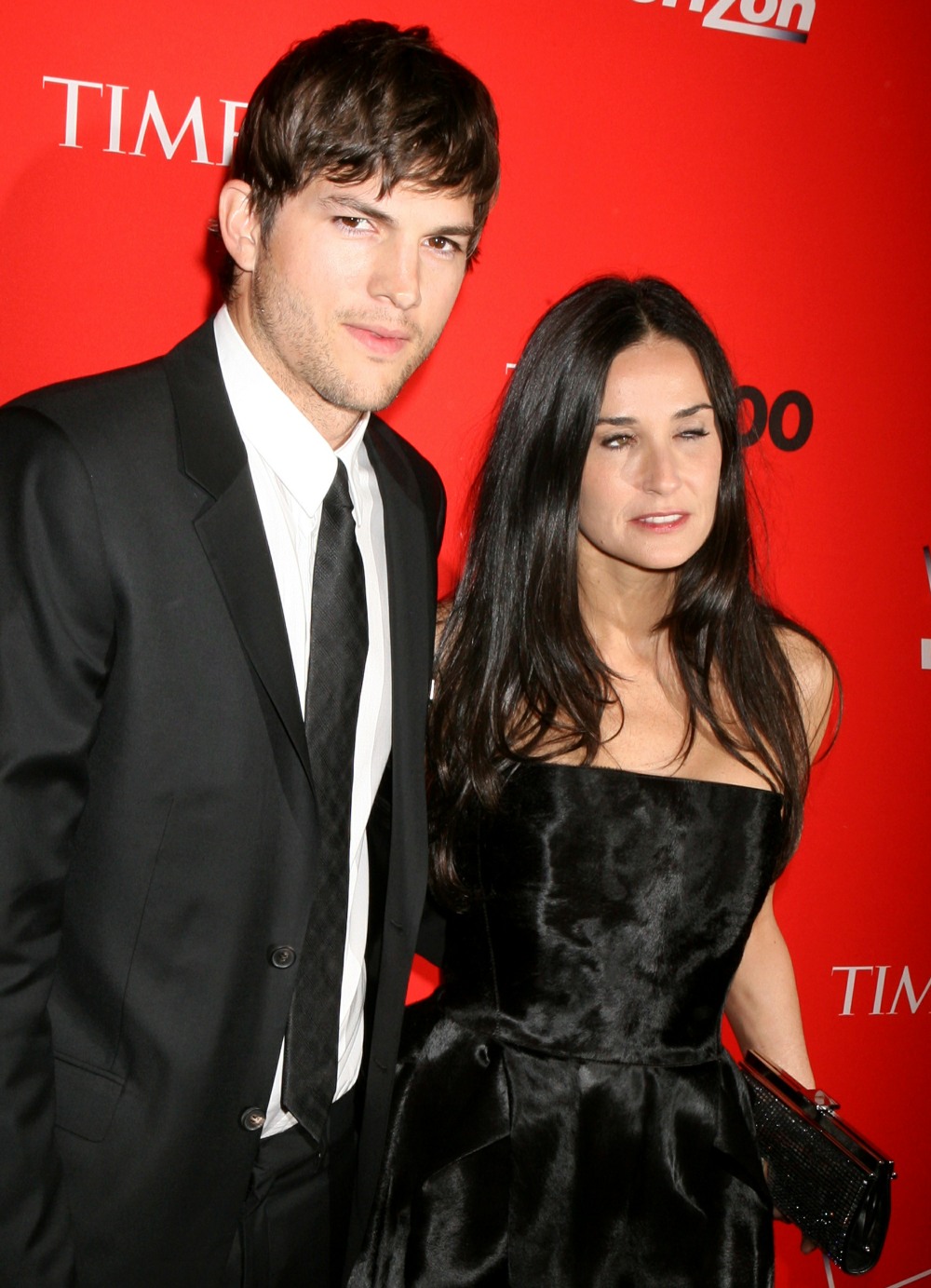