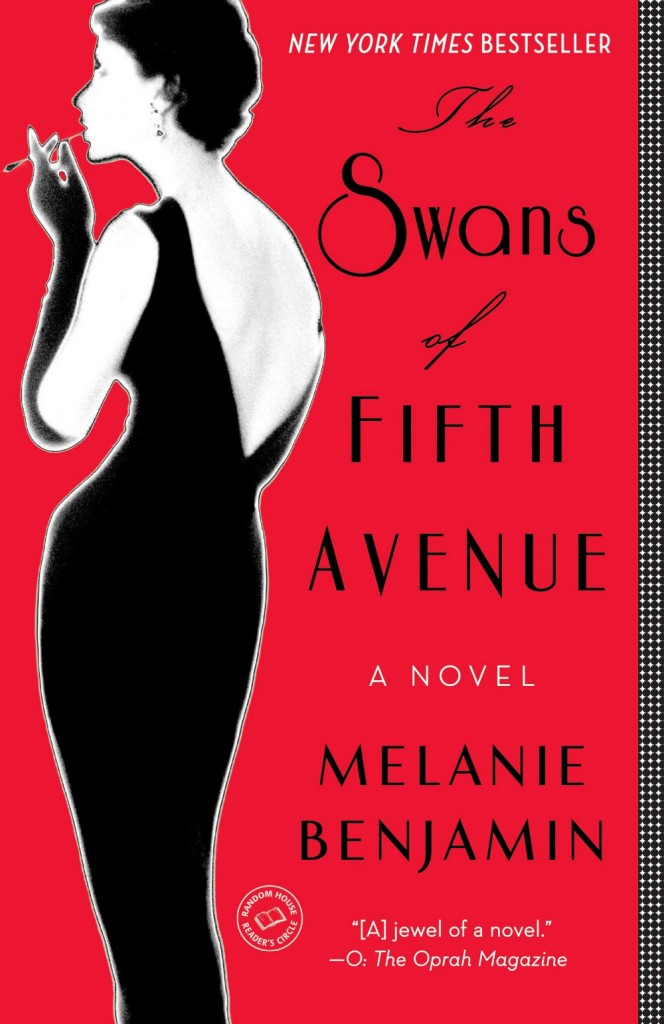 This is a Pirate Amazon post! It’s like pirate radio, only it’s on a legit gossip blog and it’s been endorsed by the blog’s owner, CB. I asked (begged?) CB if I could do the Amazon post today so I could throw some more book recommendations your way. Interest-willing, I’m happy to put these together from time to time. I will remind everyone that I mainly read fiction, but I am going to try to branch out some in my recommendations to appeal to all tastes. (Just maybe not today.)

The Swans of Fifth Avenue by Melanie Benjamin falls under my favorite form of fiction: historical fiction. I know that drives some people bonkers, but I love it. Melanie Benjamin wrote The Aviator’s Wife, which I didn’t read but was a best seller. Swans is a retelling of the friendship between Truman Capote and Babe Paley. It provides the reader with an inside view of New York high society in the 50s. It was released in 2016, but I just read it. I knew the players in the book but not the story. The author does a great job attracting the reader to unlikable characters. Capote is the ‘villain’ and yet, I spent most of my time wishing I could’ve been in his orbit. Plus there are a lot of nice little cameos for glamorous rapscallions, like Frank Sinatra. 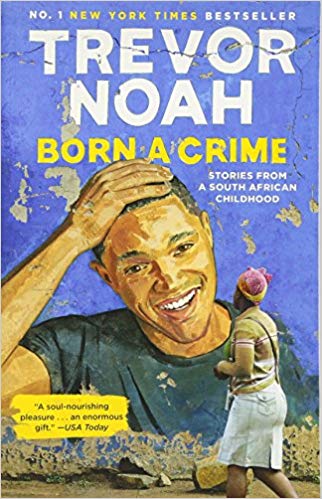 Because of your recommendations, I read Trevor Noah: Born a Crime by Trevor Noah. So many of you told me to, and you were right. I rarely read biographies or autobiographies, but I thoroughly enjoyed this. His voice clearly comes across in his narrative without becoming so stylistic as to distract from his story, which is incredible. The timeline jumps back and forth so much that I’d get confused where we were in the story, but when you get to the end, you realize why he wrote it like that. And it’s extremely effective. The way he conveys deep emotion without ever being heavy-handed is masterful. 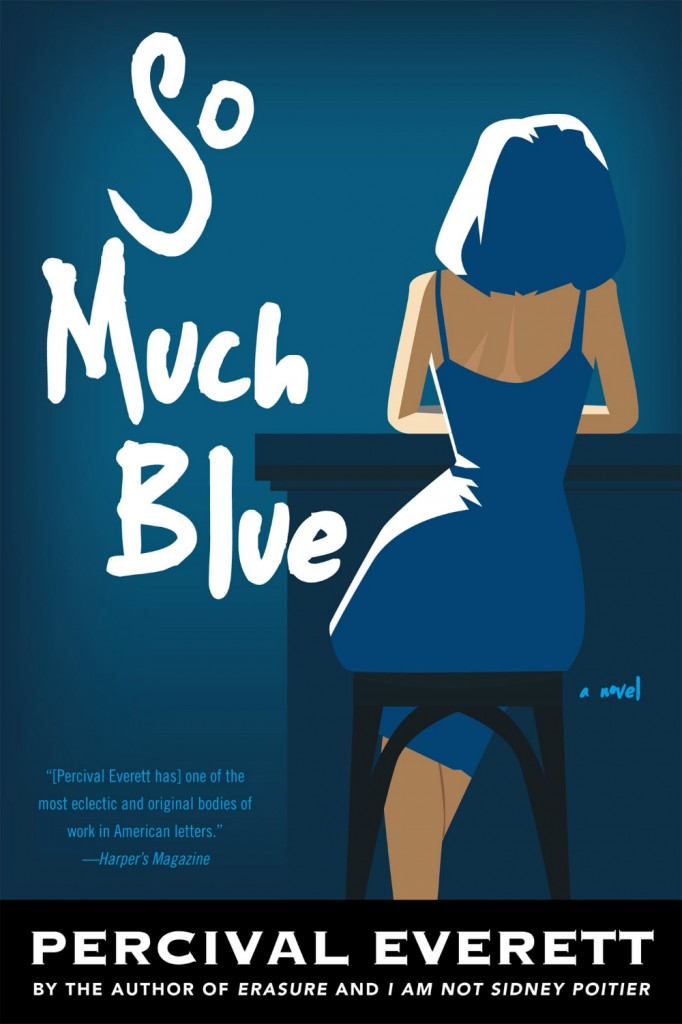 So Much Blue by Percival Everett was the first Everett book I read, although I have since read more. It’s still my favorite. It’s a quiet telling of some decidedly unquiet events that take place in El Salvador, Paris and the East Coast over the course of the protagonist’s life. He’s a painter who has a colorful (unintentional pun) past that comes to light slowly, filling in many of the blanks in his complicated personality. It reads like an old friend telling you a story they just remembered and some of the deeply emotional moments sneak up on you. Since reading this, I have learned that Everett is a professor at USC. I am so tempted to write him a fan letter. If I do ever meet him, I intend to ask him if Linda is happy. 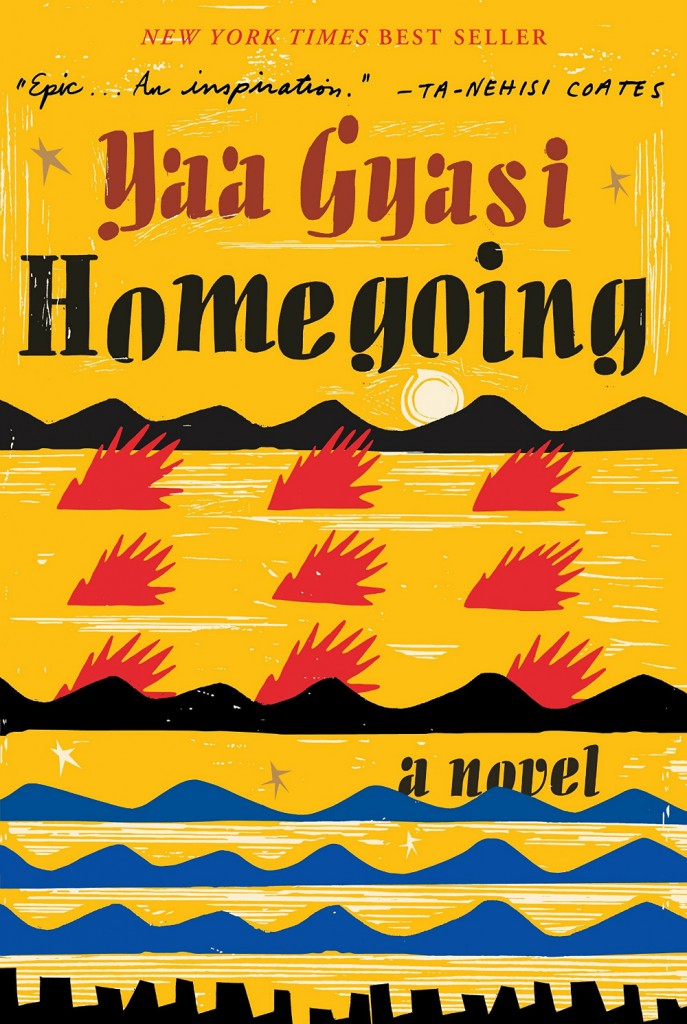 I probably don’t even need to recommend Homegoing by Yaa Gyasi. It’s such an amazing novel, many universities teach it in the African American history courses. Its list of awards runs the length of my arm. The story takes two half-sisters in Ghana in the 18th century, one of whom is sold into the slave trade, the other who marries an Englishman and lives in a Cape Coast Castle. The story follows each sister’s descendants to modern day. It’s a searing and evocative look at slavery. It is equally powerful discussing the injustices that took place in Ghana. This story will never leave you. It’s gutting. There were times I told myself it had to get better but then I remembered my US History and read on, clutching my stomach. However, the strength of the characters to whom you are introduced is inspiring. 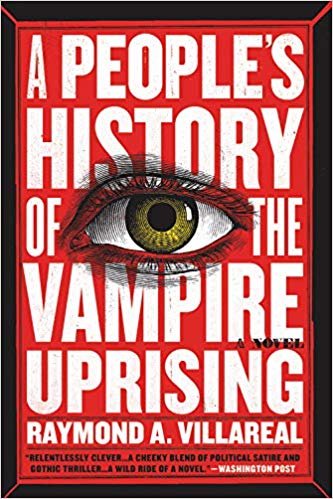 This last one is mainly for Quimby because I said I’d tell her my thoughts once I’d finished it: A People’s History of the Vampire Uprising by Raymond A. Villareal. I like the supernatural, even though I favor witches, bien sur, but I like my monsters to stay monsters so I’m picky about the books I read on them. This book was totally different than I expected. It’s written as an oral history of accumulated information – reports, articles, first-hand accounts – to explain how an assumed virus is turning people into ‘gloamings.’ It starts at the first case and takes you to the gloamings as an integral part of society. What I liked about it was the sociological conundrums it presents. I had to ask myself where I would come down on the issues it presents. Warning, several of the reviews on GoodReads say this is just a rehashing of World War Z. I have not read that so it may be, I don’t know. It only got three stars on Amazon.

I’ve just purchased Letters from Hollywood: Inside the Private World of Classic American Moviemaking by Rocky Lang based on the review in the LA Times last weekend. I haven’t read it yet, though, as I intend to give it to either my husband or father as a Christmas gift. Since it is understood that any book my parents and I give each other must ultimately be loaned back to the gifter, I’ll let you know how it is. Or maybe I will sneak into Santa’s sack before Christmas and take a peek.

Thanks for reading our affiliate post. Please suggest any recommendations of your own or start a discussion in the comments, I’ll check in.