Gretchen Rossi ‘wasn’t connecting’ with her baby, she had postpartum depression 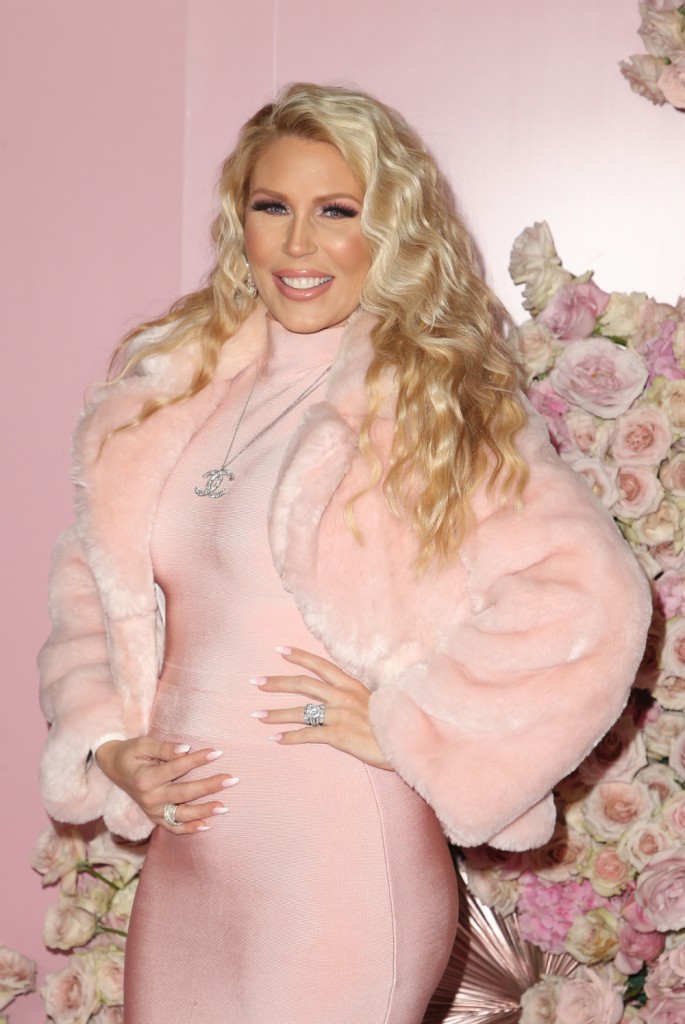 Former Real Housewives of Orange County star, Gretchen Rossi, welcomed a daughter, Skylar, in July. Gretchen is 41 years old and her fiancé, Slade Smiley, is 50, so they consider Skylar a miracle baby, given their ages. Even though Gretchen was so excited leading up to Skylar’s birth, she found herself struggling once the baby was here. She had trouble connecting to her daughter. After always reading how ‘miraculous’ becoming a mom is online, she could not understand why she was feeling the way she did. As it turns out, she was suffering from post-partum depression and now she wants to warn people of falling prey to Instagram Motherhood.

Gretchen Rossi has learned that the highlights of new parenthood on social media don’t always tell the whole story.

“I make a joke that I’m gonna write a book called It’s All a Lie,” the former Real Housewives of Orange County star, 41, says on the Thursday episode of The Doctors.

“Legitimately, I had no idea what I was in for. I just thought, ‘This is gonna be great,’ ” admits the first-time mom. “You see Instagram, you see social media, you see the media making it look like it’s so perfect, and you just sit there and breastfeed your child and you look magically into their eyes. It was nothing like that.”

Rossi goes on to share that she “went through a difficult period where, I realize now, I was depressed, and I had a lot of anxiety” — but it took a trip to the doctor’s office for her to understand what was really going on.

“I really wasn’t connecting with [Skylar] at the very beginning,” she says. “Then I came to realize [when] I went to my pediatrician’s appointment and I was crying and broke down in that appointment, and my pediatrician said, ‘You know, Gretchen, I think maybe you need to think about the fact that you might have some serious postpartum.'”

“I was like, ‘No, not me. I don’t have that. I’m happy! I’m such a positive person all the time,’ ” she recalls of her response to the doctor’s suggestion.

“I was really struggling, and I was having an internal conflict with the fact that I had this beautiful, amazing miracle baby — literally, she was a miracle for us — and I just was having a hard time compartmentalizing how to manage my life now with this new baby,” Rossi explains.

‘Instagram Motherhood’ is what I’m calling what Gretchen described. And it’s not just the perfectly lighted and framed shot of a peaceful moment between mother and child. It’s the declaration of hearts bursting with joy and how nothing else in life mattered before this child entered their lives. I say this every time and I truly mean it: if that is what you felt at the birth of your child, I am absolutely thrilled for you.

I didn’t feel that way. I felt like Gretchen. I didn’t connect with my son. By the time I got home from the hospital with him, I regretted having him. I thought I’d made a terrible mistake becoming a mother. It took three months for my hormones to adjust and allow me to fall very much in love with him. But there was no one to whom I could say that. Who resents their baby? I thought was a monster. But I did say it. Not the full extent, just a mention here and there. One by one, moms started confessing similar feelings. And like Gretchen, I kept wondering why no one had said anything before. “It’s All a Lie” is right. Reach out to each other and try not to judge when someone says something that’s not Instagram worthy, it could go much deeper than you think.

And I’m glad she opened up on this because when I checked out her Instagram, she looks like maybe she fell prey to Instagram Motherhood herself. Although, in her defense (?), most of her perfect shots looks like sponcon. Still.

54 Responses to “Gretchen Rossi ‘wasn’t connecting’ with her baby, she had postpartum depression”