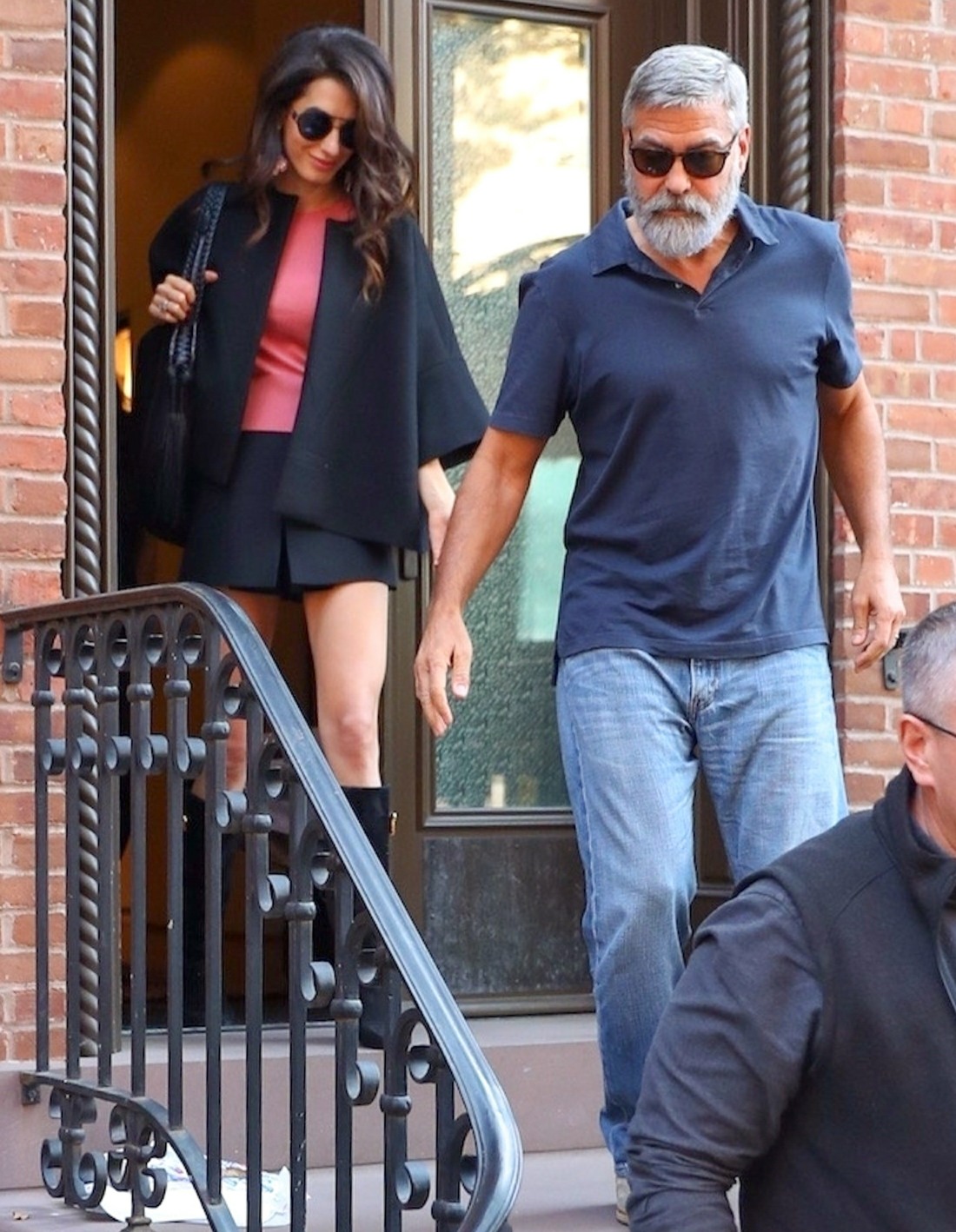 Hand to God, for the past few years, whenever I see photos of George Clooney, I think he looks like one of my aging Indian relatives. It’s something about that silver beard and olive skin – my male Indian relations all seem to have the same long silver beards and such. Anyway, this is what George Clooney looks like these days. He’s grown out his beard significantly. And he has facial hair! *rimshot*

These are photos of George and Amal Clooney in New York on Friday. They were in town for the opening session of the United Nations, like they are every year. Amal usually has work to do in and around the UN, and she attended several sessions and meetings. From what I saw, I don’t think George joined her? I’m noting that because he has gone with her in previous years. In these photos, they are not headed to the UN though. I think they were going out to dinner or something. Possibly to celebrate their fifth anniversary! Yes, five years ago, we were enjoying those crazy wedding extravaganza photos from Venice. Seems like it was just yesterday.

In the five (plus) years since Amal was presented to us, I do think we’ve gotten used to her quirky style. Amal loves a miniskirt, a mullet skirt and/or something surprisingly twee. I would have really liked this ensemble if only the skirt was a touch longer. As it is, it’s much too short, even for an anniversary date night. I do love that she paired the ensemble with what appears to be “fancy go-go boots.” I think that was her style aim: to look business/go-go. It’s the new business-casual. 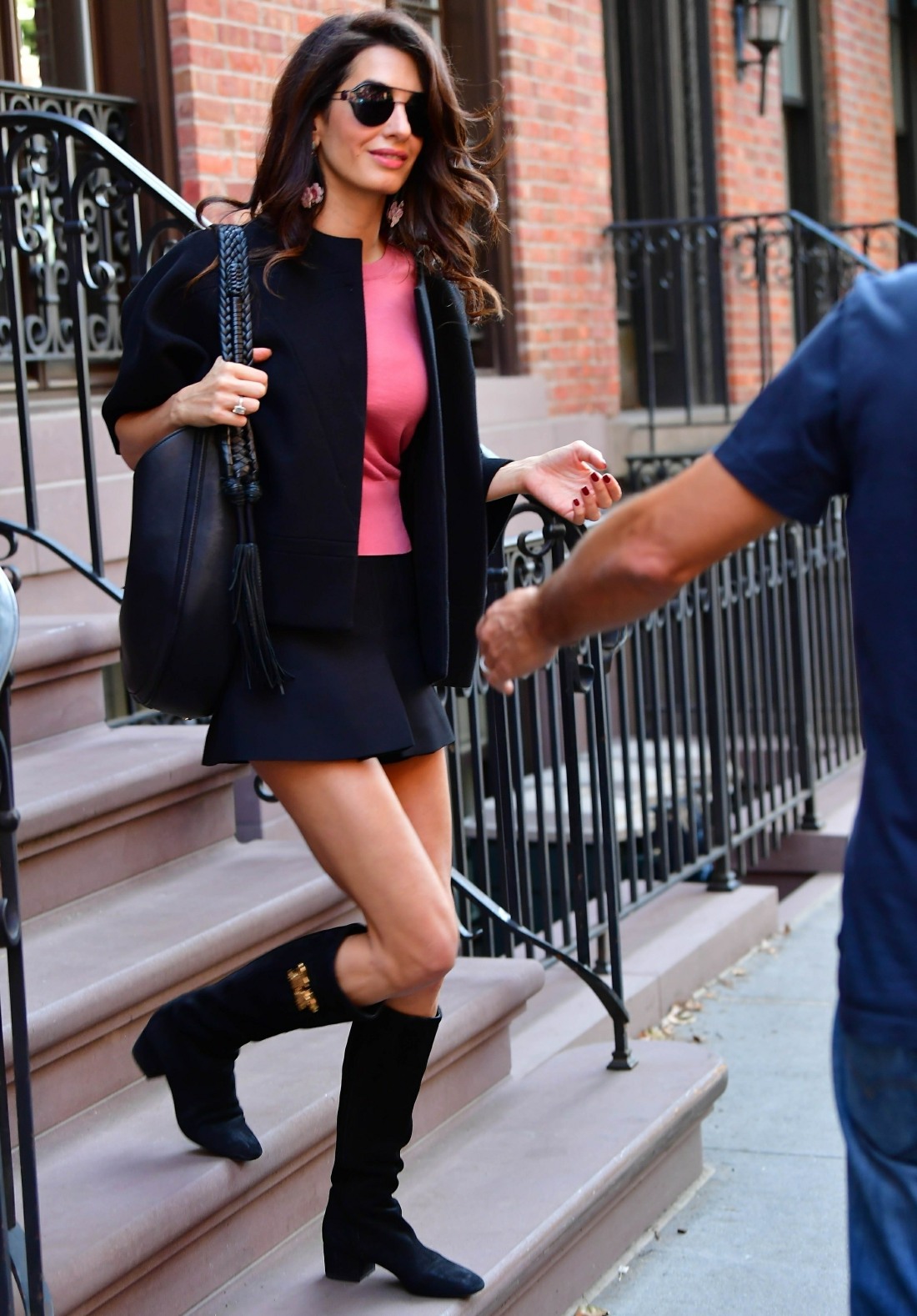 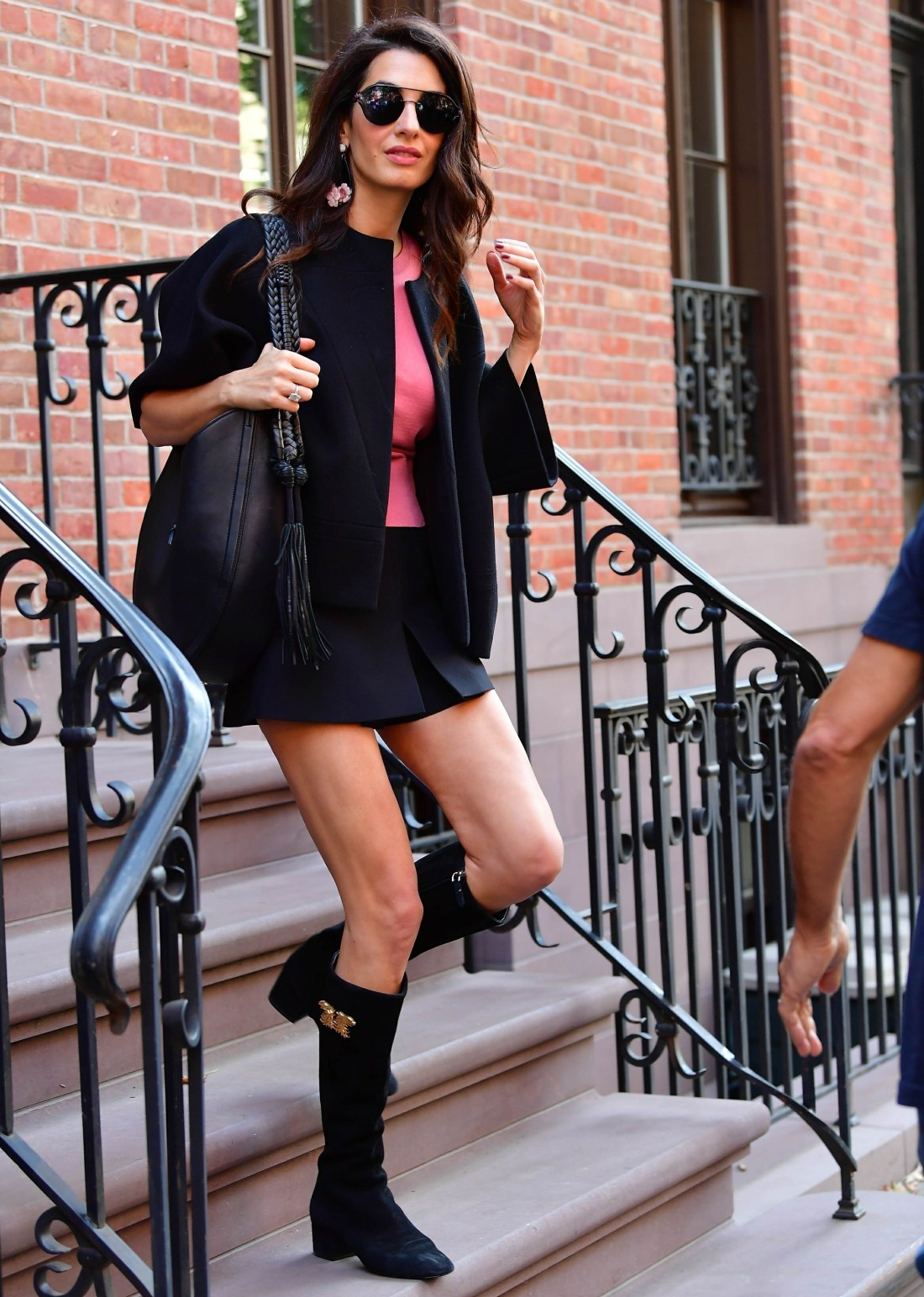