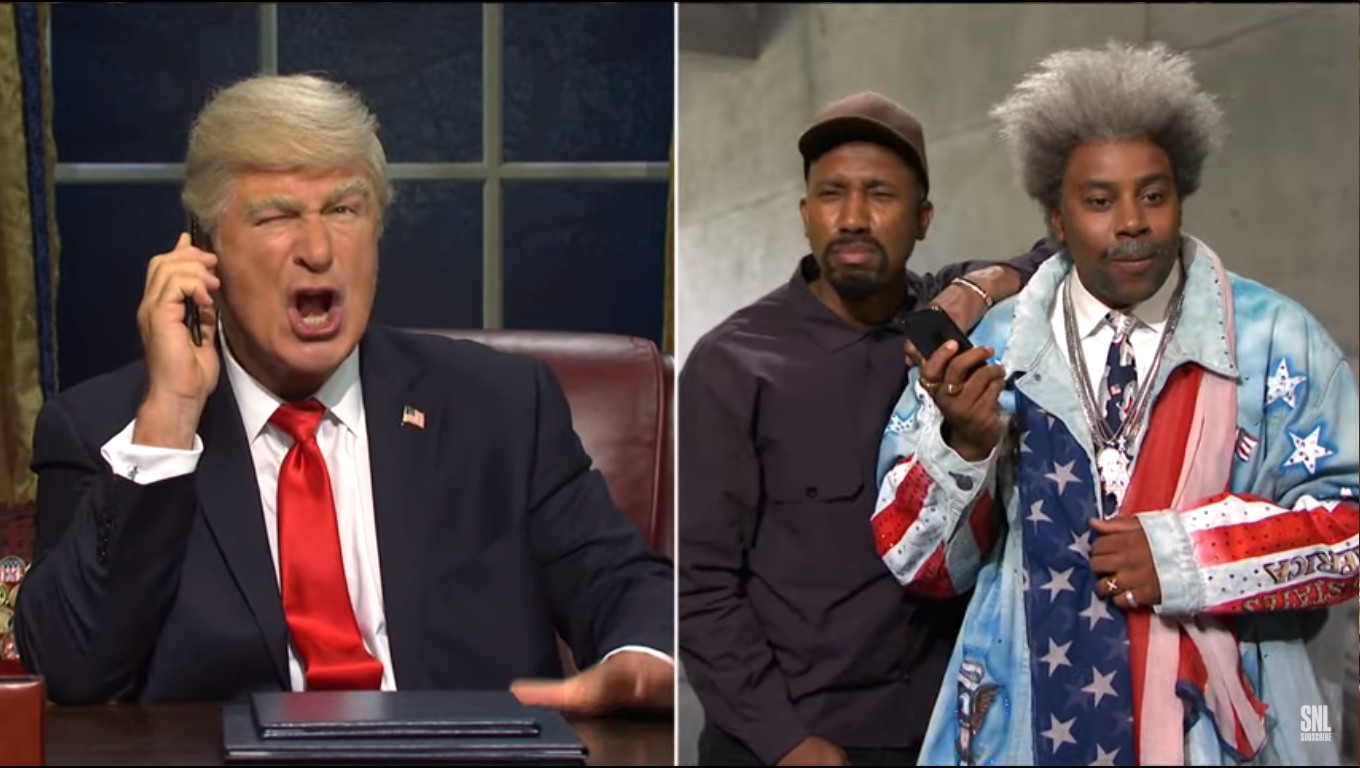 Are we doing this again? I guess so, but I probably won’t keep up with it! Saturday Night Live’s latest season premiered last night. I’m only catching up on the videos now – Woody Harrelson was the host, but there were guest appearances by Larry David (as Bernie Sanders), Liev Schreiber (as himself/Ray Donovan), Maya Rudolph (as Kamala Harris) and of course Alec Baldwin as Donald Trump. There was a rumor that Alec didn’t really want to do Trump anymore, and there was a rumor that SNL would maybe get a full-time cast member to play Trump. But at the end of the day, Alec came back. Here’s the cold open, which is all about the impeachment:

Woody Harrelson’s opening monologue. He didn’t really go hard on anyone beyond a mild Fox News joke and a Melania Trump joke.

Here’s the “Downton Abbey trailer” which is kind of funny until the end.

The DNC Town Hall sketch… you can really feel SNL and NBC trying to “both sides” politics, like it’s equally notable that Trump is facing an impeachment inquiry AND Marianne Williamson is bonkers. Kate McKinnon’s Liz Warren is very… Hillary-esque. Woody as Joe Biden actually works. 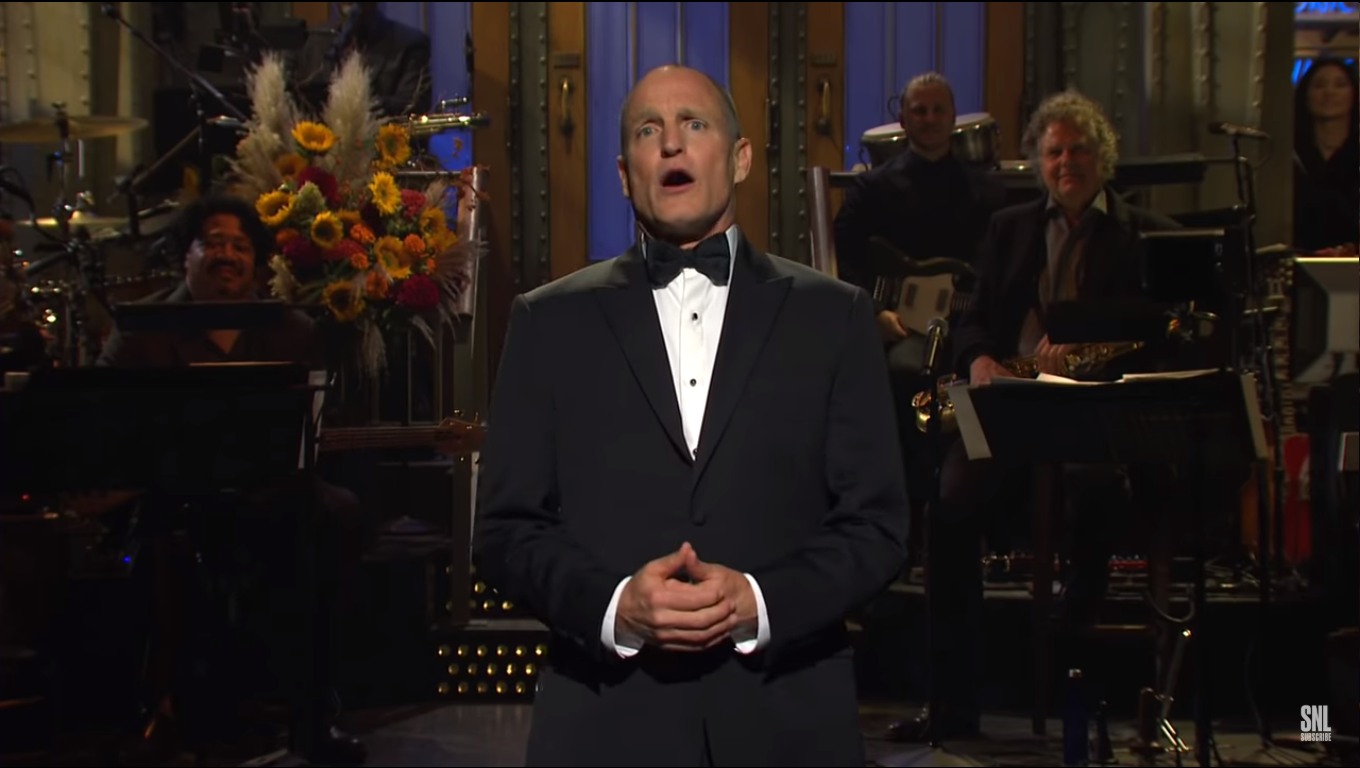