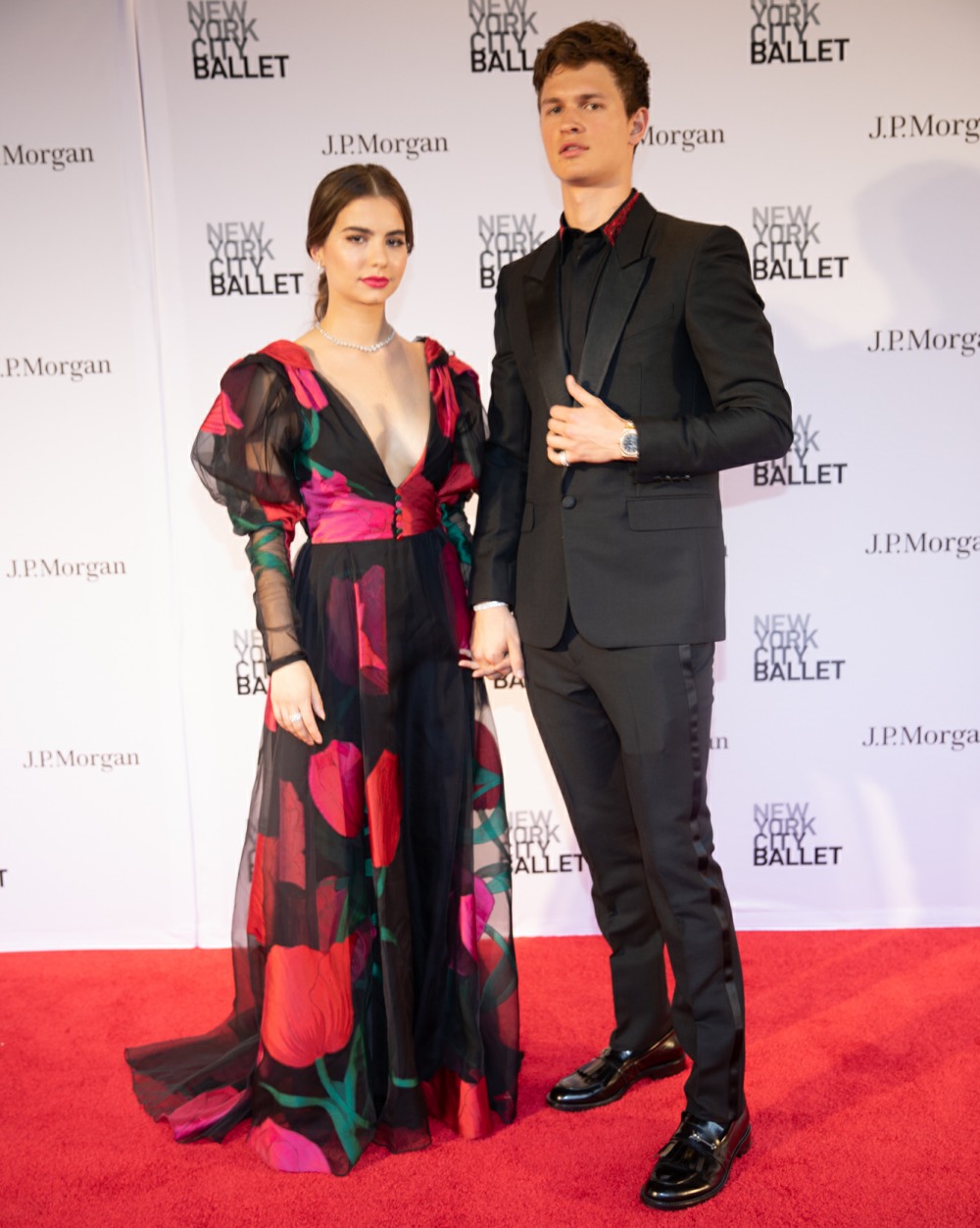 Ansel Elgort has been with his girlfriend Violetta Komyshan since 2012. He’s 25 years old and she’s 23, and they were high school sweethearts. I’ve never really given it too much thought, because I honestly prefer not to think too much about Ansel Elgort. But Ansel wants me to think about him. He wants me to ponder this: Ansel Elgort is in love with many people, men and women, and he wants to be in love with more people. He wants to “fall in love” with people other than his girlfriend, but he doesn’t want to have sex with those people. Okay. Let’s do this.

Ansel Elgort wants to find “a lot more love” before his 30th birthday. In a bizarre new interview with The Times, the 25-year-old actor says he’s looking to love more females, but not in a sexual nature.

“It doesn’t need to be sexual. I could be done sexually with my girlfriend,” he said. “I think we’ve been pretty clear that I want to feel free to fall in love with people and that [option] should be open, but sexually it can be closed off.”

Elgort has been dating 23-year-old ballerina Violetta Komyshan since they met at LaGuardia High School in 2012. He went on to explain, “I’m in love with a bunch of my male friends who I’m not interested in having sex with, so why can’t I put the desire to have sex with women aside and let myself have love with women? I love Shailene Woodley and we never had anything sexual and that was great. There will probably be some sort of chemical thing at some point that you can’t help, but you just have to be disciplined and not be a f—— … We’re primitive beings.”

During the interview, Elgort addressed a series of 17 shirtless selfies he posted on social media in May, that deeply confused the internet. “I was hanging out and somehow — and this is almost embarrassing to admit — I just did a photo shoot with myself,” he said. “I took a bunch of photos of myself and decided to post them because it was honest. I’m obsessed with the idea of not wearing a mask.”

The actor currently stars in the film adaptation of Donna Tartt’s “The Goldfinch,” playing the adult version of the lead character Theo Decker, who develops an addiction to prescription drugs. “He’s on OxyContin, which I’ve never tried. I don’t know how it makes you feel. I thought about taking one just to see, but I don’t really trust myself in that way,” he said, adding he didn’t think he would be able to stop taking them. “I think I’m that kind of guy. I put my foot down and said I wouldn’t do it. Maybe it’s a little selfish. I care about myself and don’t want to ruin my life.”

I think I understand the sentiment about love, I just think he might have said it the wrong way? Was he trying to say “I’d like to be open to love in all its many forms and I want more love in my life”? I think that’s what he was trying to say. But it just came out as “Ansel Elgort is in love with a bunch of dudes but he doesn’t have sex with them.” It’s the “IN love” part that is throwing people off, because we are mere peasants who associate “being in love” with romantic, sexual love and that the truly elite among us know that people can be IN love with many different people and it doesn’t have to be sexual. Maybe I’m just overthinking this, as Ansel Elgort wants me to. Maybe Ansel is talking about having a series of emotional affairs on his girlfriend, or he’s trying to describe how he wants to break up with her so he can get lots of strange. Ansel Elgort is an enigma wrapped in a riddle, posting a thirst-trap selfie. 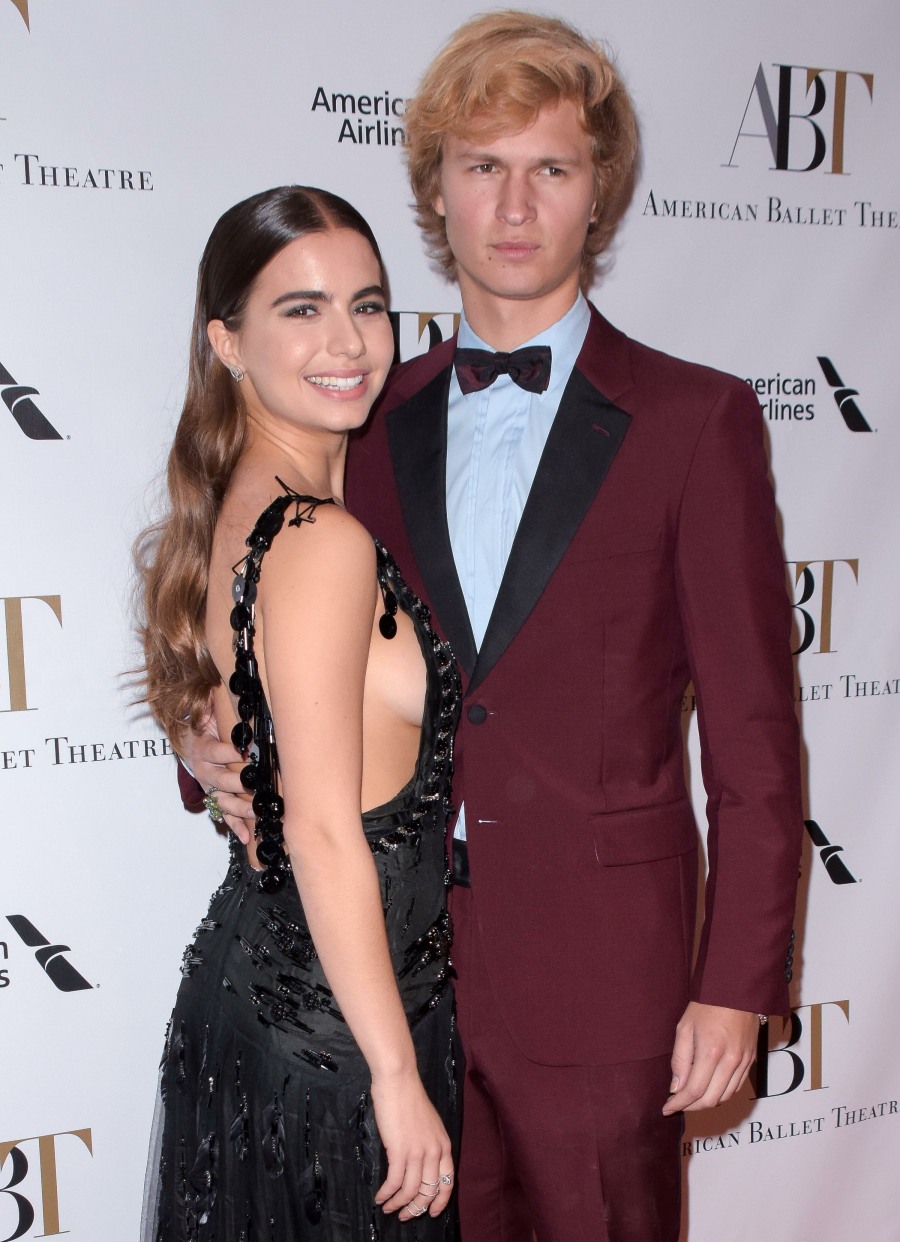