First person under 30 to hold a cigar on the cover of one of my favorite magazines. So pumped about this one! Thank you @cigaraficionado! Issue on newsstands September 24th.


I didn’t know that Nick Jonas has diabetes. He has talked about it in interviews and on Instagram. In 2015, he founded Beyond Type 1, to unite “the global diabetes community,” by focusing on “education, advocacy and the path to a cure for Type 1 diabetes.” Living with diabetes was the subject of the Jonas Brothers’ 2008 song, “A Little Bit Longer.”

Nick recently talked to Cigar Aficionado about when he was diagnosed with diabetes at 13. He learned that he had been heading toward lapsing into a diabetic coma. People has more:

Nick Jonas’ body was struggling in the days before he was diagnosed with type 1 diabetes.

The singer was 13 years old at the time, and had lost a considerable amount of weight. At the same time, he developed an unquenchable thirst for sugary sodas — all signs of diabetes. After one of Jonas’ brothers noticed his symptoms, he went to the doctor, where they found that his blood sugar levels were nine times higher than normal, at 917.

“I was very close to a coma,” he told Cigar Aficionado. “Like a day away, if I hadn’t gone to the hospital.”

Jonas, now 27, was diagnosed with type 1 diabetes, which means his body creates very little or no insulin on its own, requiring medication. He was fearful of a future of relying on insulin to maintain his health.

“I kept asking my parents — am I going to be okay?” he says. “I was just so concerned that it was going to limit my ability to do all the things I wanted to do. I was very scared — it’s a big life change.”

But Jonas, who uses an insulin pump to get his medication, learned that it was easier than he expected.

“I found out very quickly it’s a very manageable disease,” he said. “As long as you’re really diligent.”

This was an incredibly sobering read. I am so glad that Nick was able to get a diagnosis before ending up in what would have been a life-threatening coma.

Delish recapped in June a portion of the Jonas Brothers’ documentary, Chasing Happiness, in which the brothers talk about Nick finally being diagnosed with diabetes. He had been drinking an excessive amount of soda and water, exhibiting mood swings, and finally, he lost an extreme amount of weight:

“Every time we would stop [on the road] Nick would get this massive Big Gulp,” Kevin recalls in Chasing Happiness. He would drink massive amounts of water and soda which led to bathroom breaks “every 15 minutes,” Joe says: “It was like a running joke.”

While bandmates’ complaints about Nick’s increasing irritability were concerning, it was his weight that sounded the alarm. One time while changing for a show, Kevin remembers being able to see “every single bone in [Nick’s] body.” His parents took him to the pediatrician who immediately sent him to the hospital where he was officially diagnosed with diabetes.

Nick also talked to Cigar Aficionado about the importance of regular check-ups to ensure that you’re as healthy as you can possibly be. (I’m hoping that he’s not a regular cigar-smoker.) I haven’t been to the doctor for a wellness visit in ages. It was on my list of things to schedule eventually, but after reading Nick’s interview, I’m going to try to schedule an appointment soon. 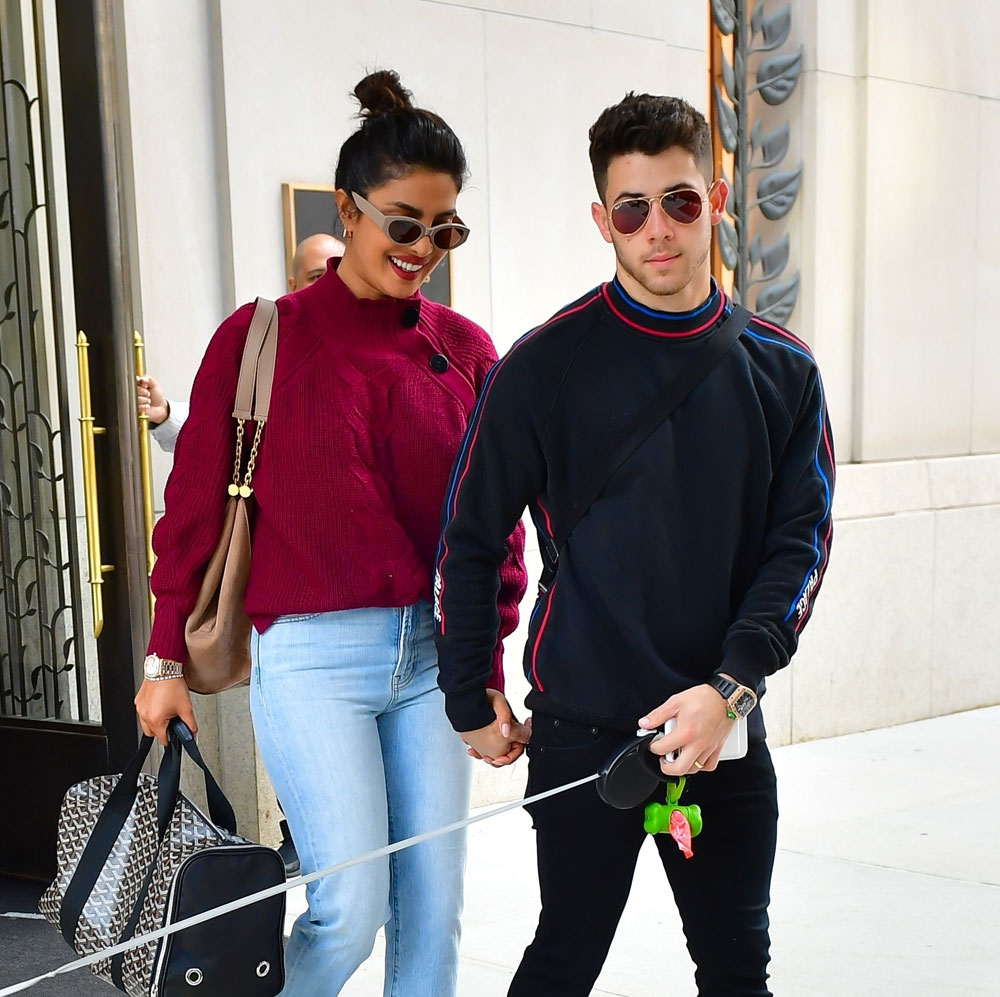 13 years ago today I was diagnosed with type 1 diabetes. The picture on the left is me a few weeks after my diagnosis. Barely 100 pounds after having lost so much weight from my blood sugar being so high before going to the doctor where I would find out I was diabetic. On the right is me now. Happy and healthy. Prioritizing my physical health, working out and eating healthy and keeping my blood sugar in check. I have full control of my day to day life with this disease, and I’m so grateful to my family and loved ones who have helped me every step of the way. Never let anything hold you back from living your best life. Thank you to all my fans for your kind words and support. Means more than you know. Love you all. #grateful #diabetes #livebeyond #fbf