Donald Trump had a meltdown yesterday, then tweeted about Nickelback 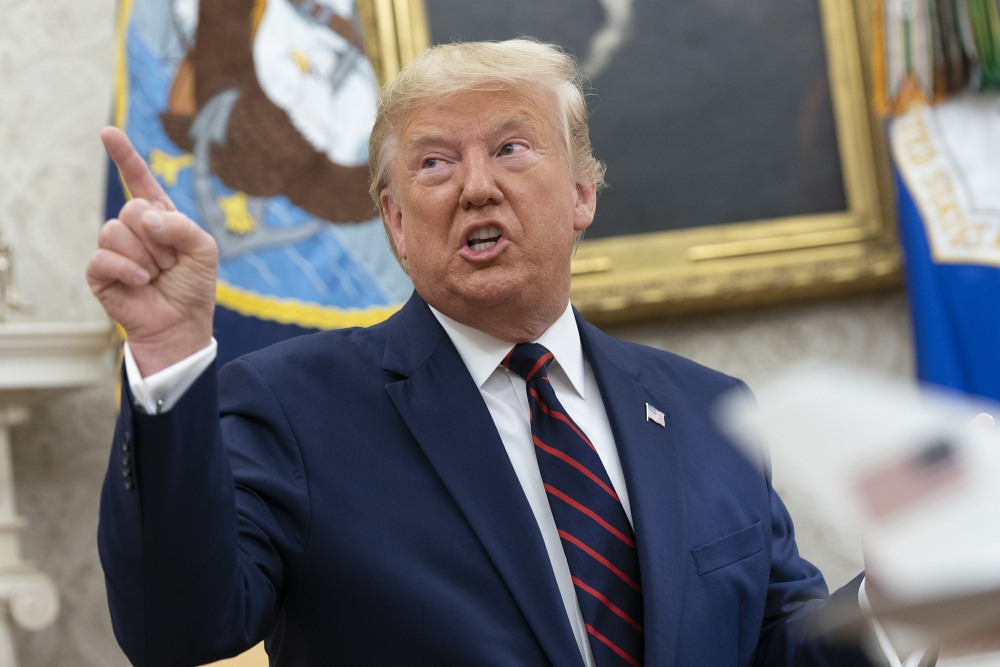 Well, Donald Trump had an absolute meltdown yesterday in the middle of the day, at the White House, in front of cameras and the president of Finland. Part of the problem is that there are no White House briefings or real press conferences anymore, so anytime reporters are allowed into the Oval Office for a scrum, they just have to shout out questions to Trump and he responds. And wow, did he ever respond. Of course no one wanted to talk about Finland. Of course everyone wanted to talk about Ukraine, impeachment and lies.

Here’s the shot, where Donald Trump tells about seven different versions of the phone call to President Zelensky… a phone call for which Trump willingly offered up a memo/transcript because he was too stupid to know that it incriminated him.

Here’s the chaser, when Trump has an absolute tantrum when a reporter presses him to answer a question about what Zelensky was supposed to do about the Bidens.

Yeah, and this came AFTER Trump tweeted-and-deleted this about a “moot” when he meant “moat.” This stupid a–hole.

Before it gets deleted: A "Moot." pic.twitter.com/12JtSmQhEE

And the meltdown came BEFORE Trump tweeted a special video in which he used Nickelback’s “Photograph” to continue to spread Biden smears.

Please take a moment to appreciate poor Finnish President Sauli Niinisto, the poor man has no pokerface when it comes to the unhinged lunacy of Donald Trump.

Tfw you’re President of Finland, but also Jim from The Office. pic.twitter.com/Ikcxbna1dg

87 Responses to “Donald Trump had a meltdown yesterday, then tweeted about Nickelback”