Charlize Theron wears Dior, shows off her ‘bowl cut’ hairstyle: love it or hate it? 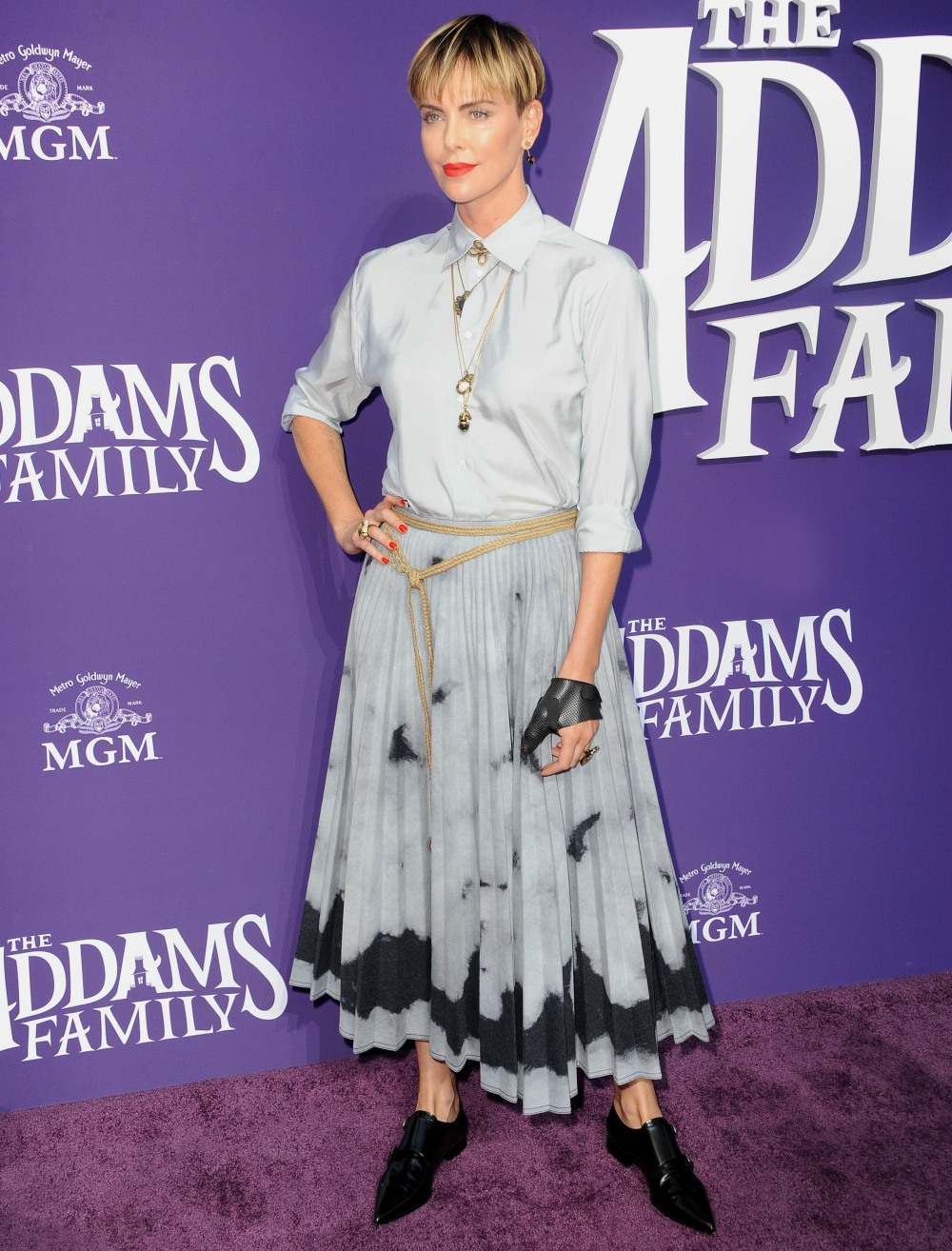 Because every animated film has to be remade as a live-action film, we’ve gotten to the point where every live-action film now has to be made into an animated film. The Addams Family films starring Anjelica Huston and Raul Julia are utter classics, but now there’s an animated remake, with characters voiced by Charlize Theron (Morticia), Oscar Isaac, Chloe Grace Moretz, Nick Kroll and Snoop Dogg. The LA premiere was last night. Sure.

Charlize wore Dior, because she’s the face of a Dior perfume. The whole ensemble is… not great together, although the separates are kind of great. The skirt is tie-dyed and I would have put it with a black t-neck. The blouse is a bit fussy, I would not have buttoned it all the way up and I would have put it with trousers. And the shoes should go with trousers or a suit too. But the biggest thing is this bowl cut that Charlize has now. She’s had this bowl cut for about a month, I think, but this is the first appearance of the bowl cut on a red carpet. Yeah…I hate it, without apology. The cut is awful and unflattering and it makes her look tweaked. The dye job is awful too.

Charlize spoke to the Hollywood Reporter at the premiere:

Charlize Theron voices matriarch Morticia, taking over the iconic character after “coming up with a different-sounding voice and playing around with a lot of that stuff” alongside co-directors Conrad Vernon and Greg Tiernan. Of the family’s 80-year staying power, Theron told The Hollywood Reporter at the Los Angeles premiere on Sunday, “I think there’s something inspiring about a family that is so different and they don’t just think it’s OK, they think it’s great that they’re that different. We should all aspire to that.”

The new take follows the Addams family as they move to modern New Jersey and face off against a prying reality TV host. Oscar Isaac, Chloe Grace Moretz, Finn Wolfhard, Better Midler, Nick Kroll, Elsie Fisher, Snoop Dogg and Allison Janney also voice roles in the film, with Fisher noting how “the new incarnation, as almost all Addams Family incarnations do, tackles modern issues, and I think our film really talks about the good and the bad part of social media, the horrors of mob mentality and how ostracized people can be attacked.”


I loved the Addams family as a kid and it probably influenced by a goth-lite phase for years. Anjelica Huston will forever be my Morticia, but Charlize is just doing the voice and so be it. If this gets kids more interested in goth life, then that will make me happy. Morticia and Wednesday Addams are always pretty easy Halloween costumes too. Hint, hint. 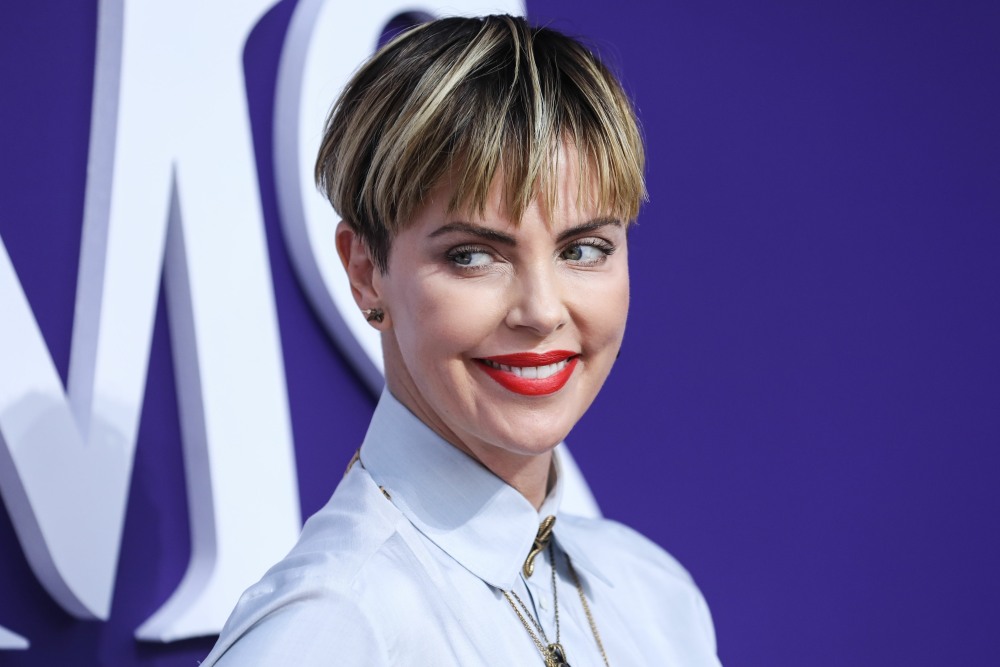 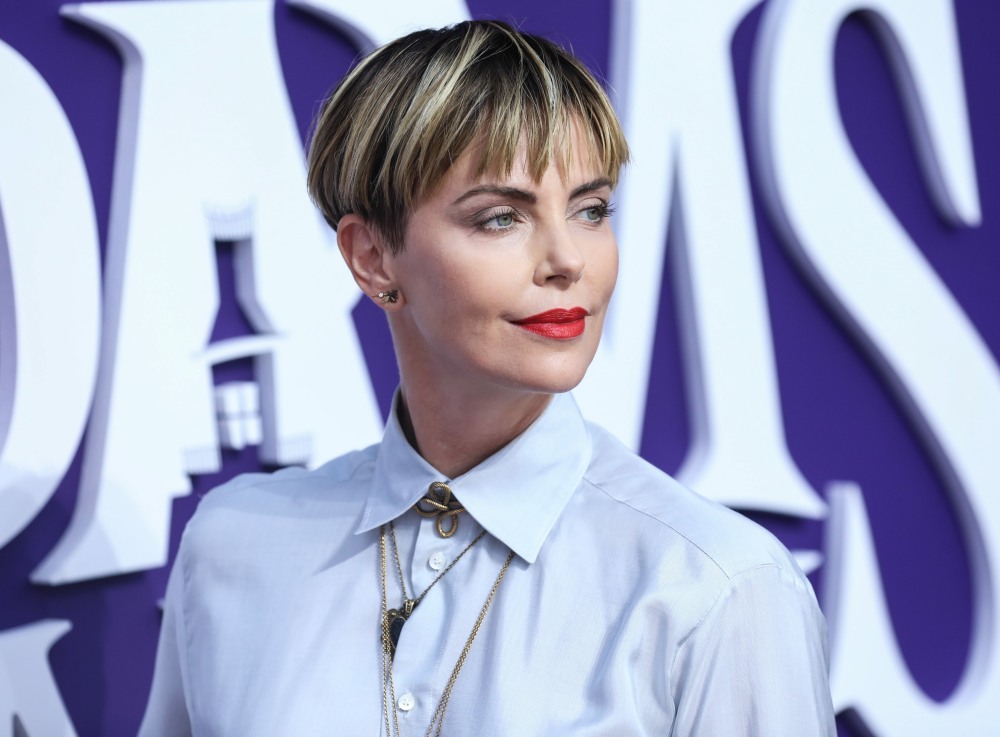 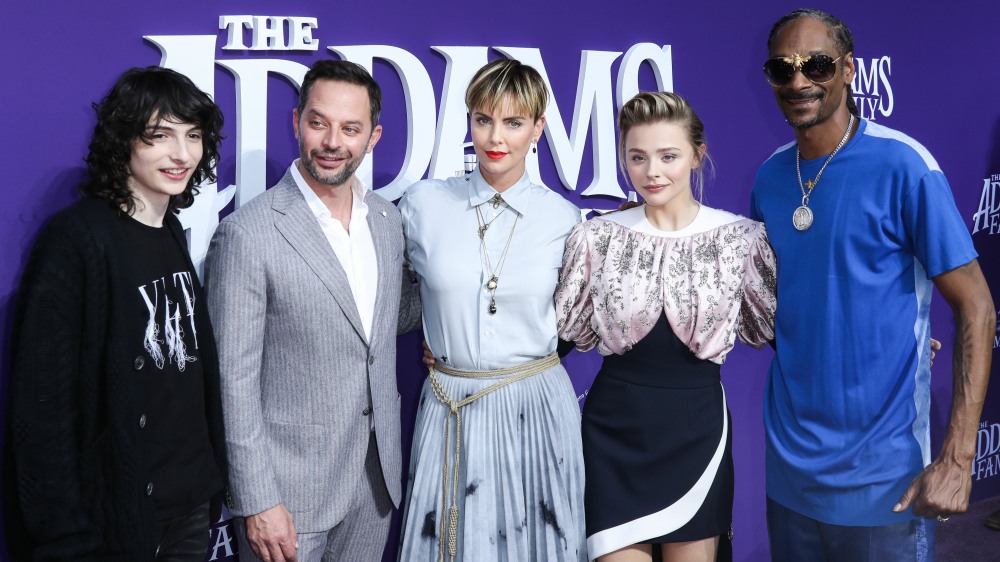 44 Responses to “Charlize Theron wears Dior, shows off her ‘bowl cut’ hairstyle: love it or hate it?”