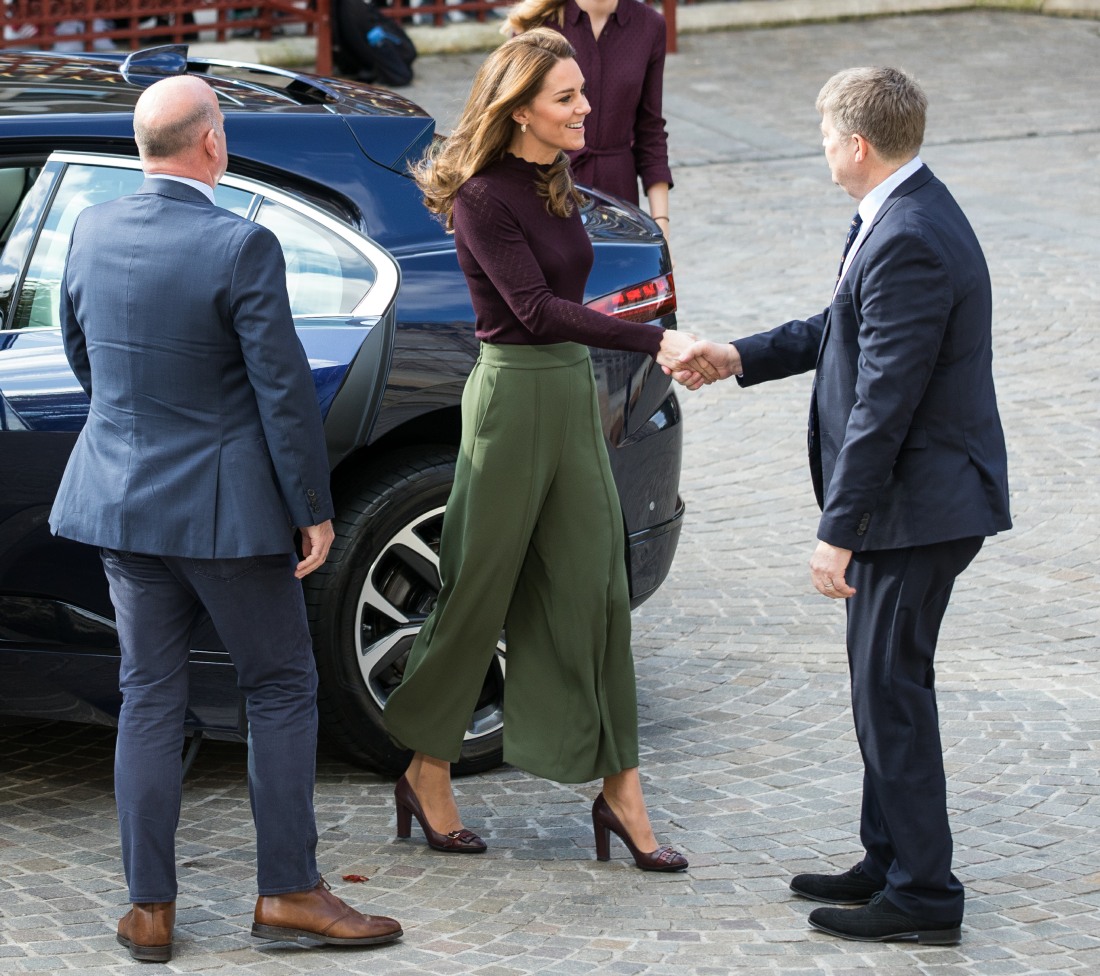 There’s finally a chill in the air here in the mid-Atlantic and I’ve been slowly bringing out some of my light sweaters and zip-up jackets. I haven’t gone Full Autumn yet, but the Duchess of Cambridge is inspiring me. Such an autumnal look! These are photos of Kate at an event today at the Natural History Museum’s Angela Marmont Centre for UK Biodiversity in London. The event is something to do with championing UK wildlife? This was apparently not an announced event, although I think Kate’s appearance was just embargoed until today.

Kate has been trying to make this style of “culotte” trousers happen all year and I’m not 100% here for it, but I appreciate that Kate is trying out some different, non-button-slathered looks. Kate’s culottes are apparently from Jigsaw, her heels are Tod’s and her purse is Chanel. The light plum-colored sweater is by Warehouse. Altogether, Kate looks really nice. The one very tiny criticism I have of the ensemble is that the culottes look bad from behind with that wide elastic band in back. But that’s it – otherwise this is one of the best outfits Kate has ever put together.

Meanwhile, did you know that William and Kate had a “secret meeting” with Bill and Melinda Gates? The Gates operate the largest private foundation in the world and their charitable interests overlap with the Cambridges’ interests in several areas (The Gates Foundation also overlaps with the Sussexes’ interests in several areas too). The meeting between the Cambridges and Gates was not announced ahead of time, but was added to the Court Circular after the fact. 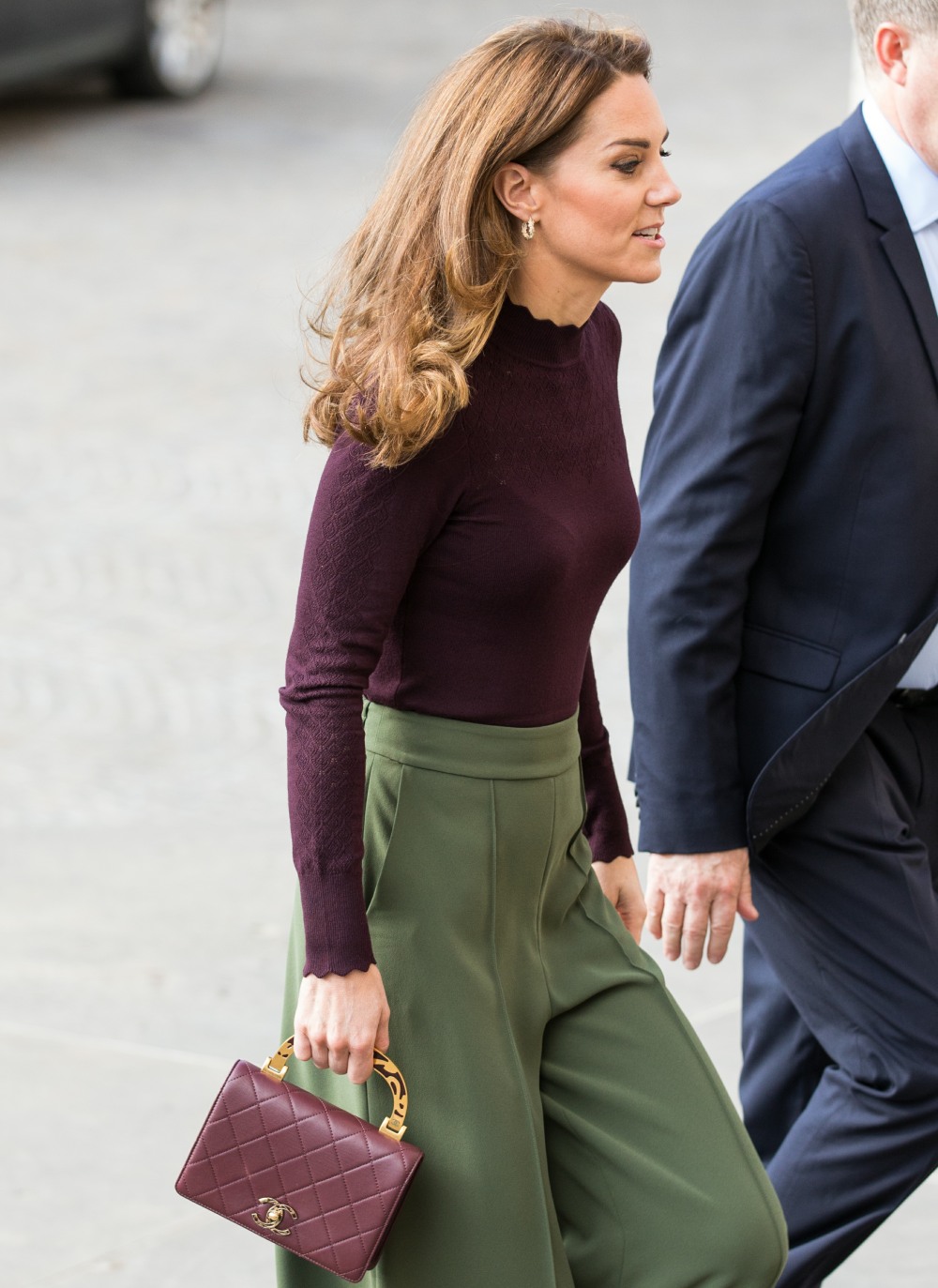 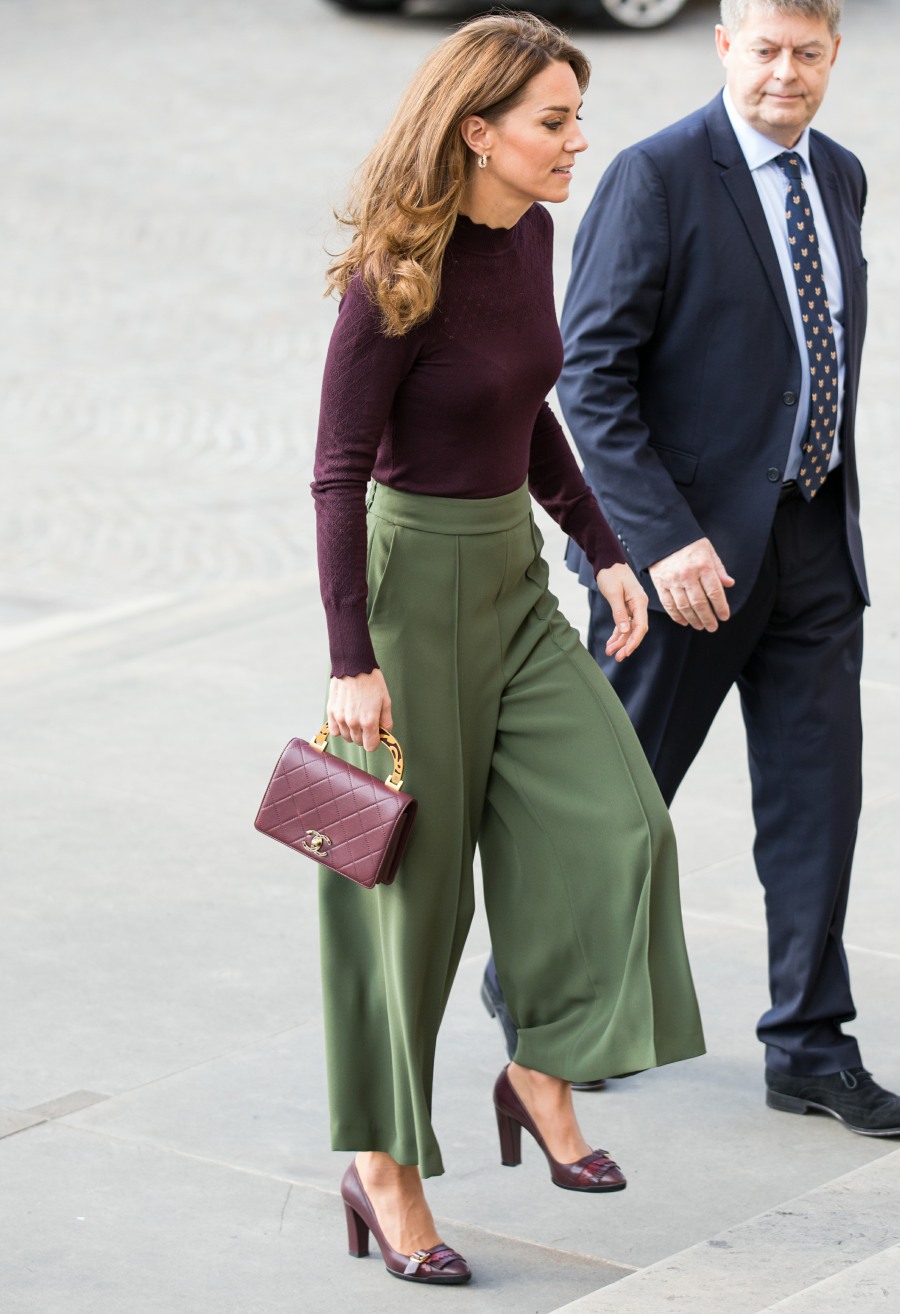 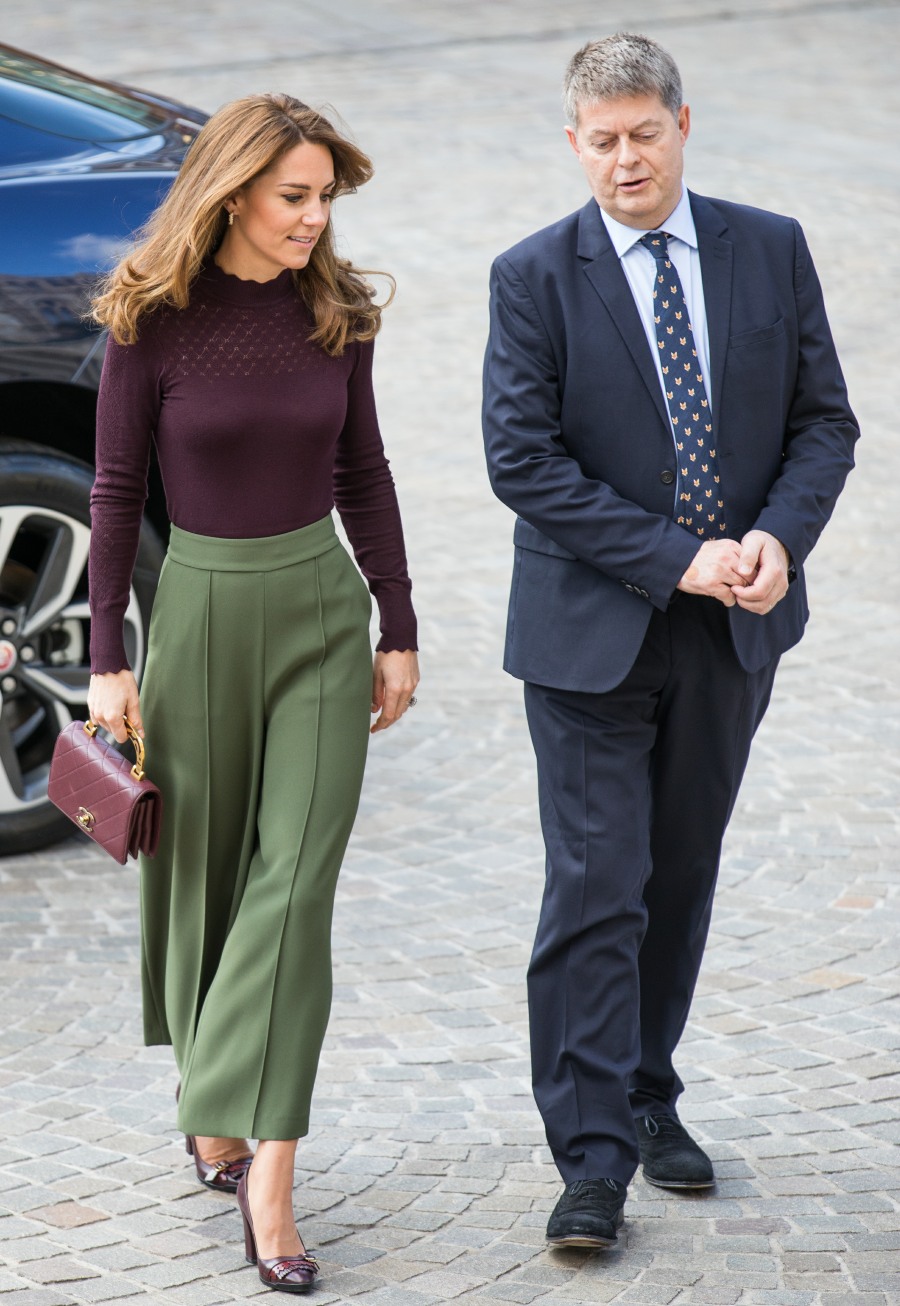 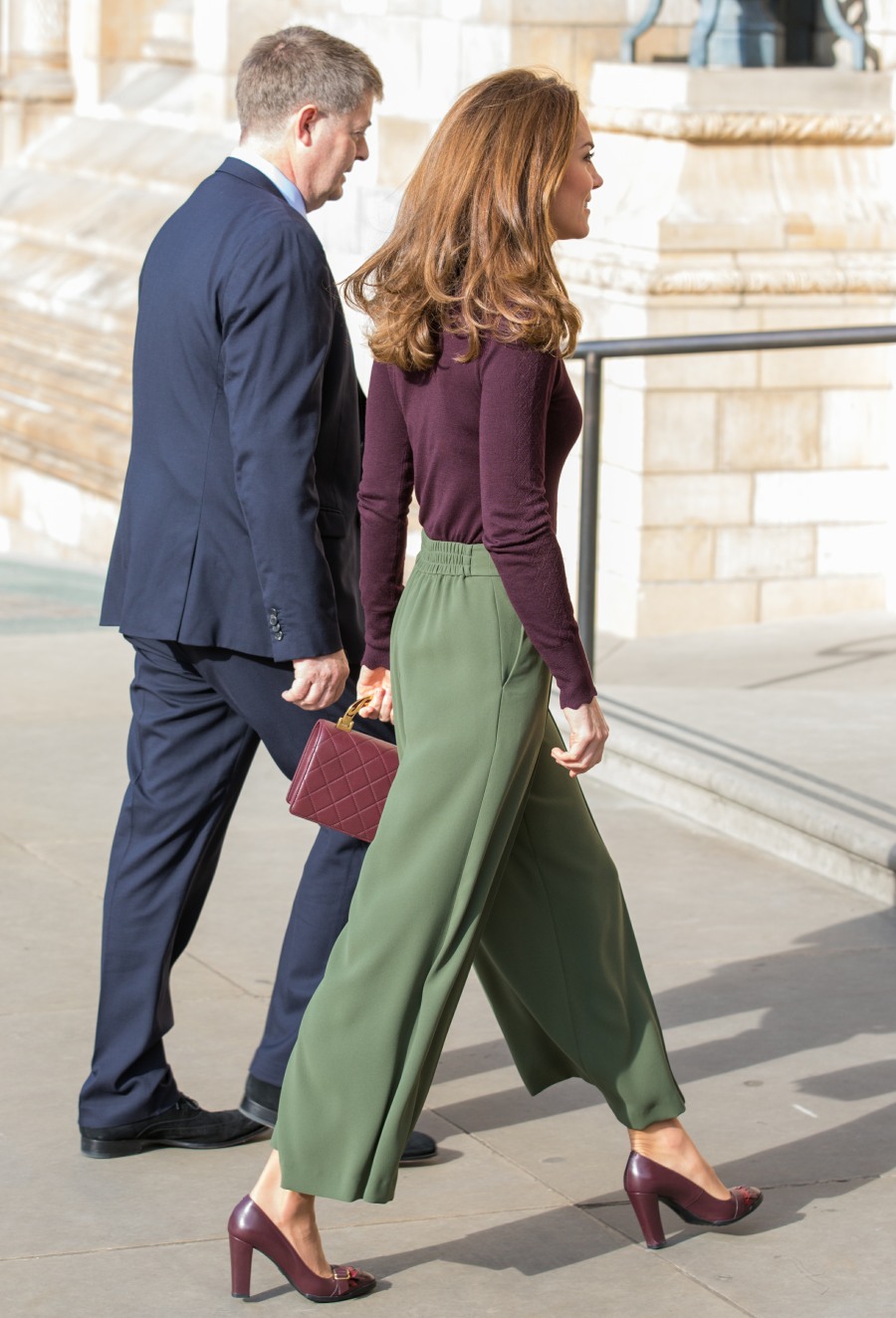