Angelina Jolie in Ralph and Russo at the UK ‘Maleficent’ premiere: stunning? 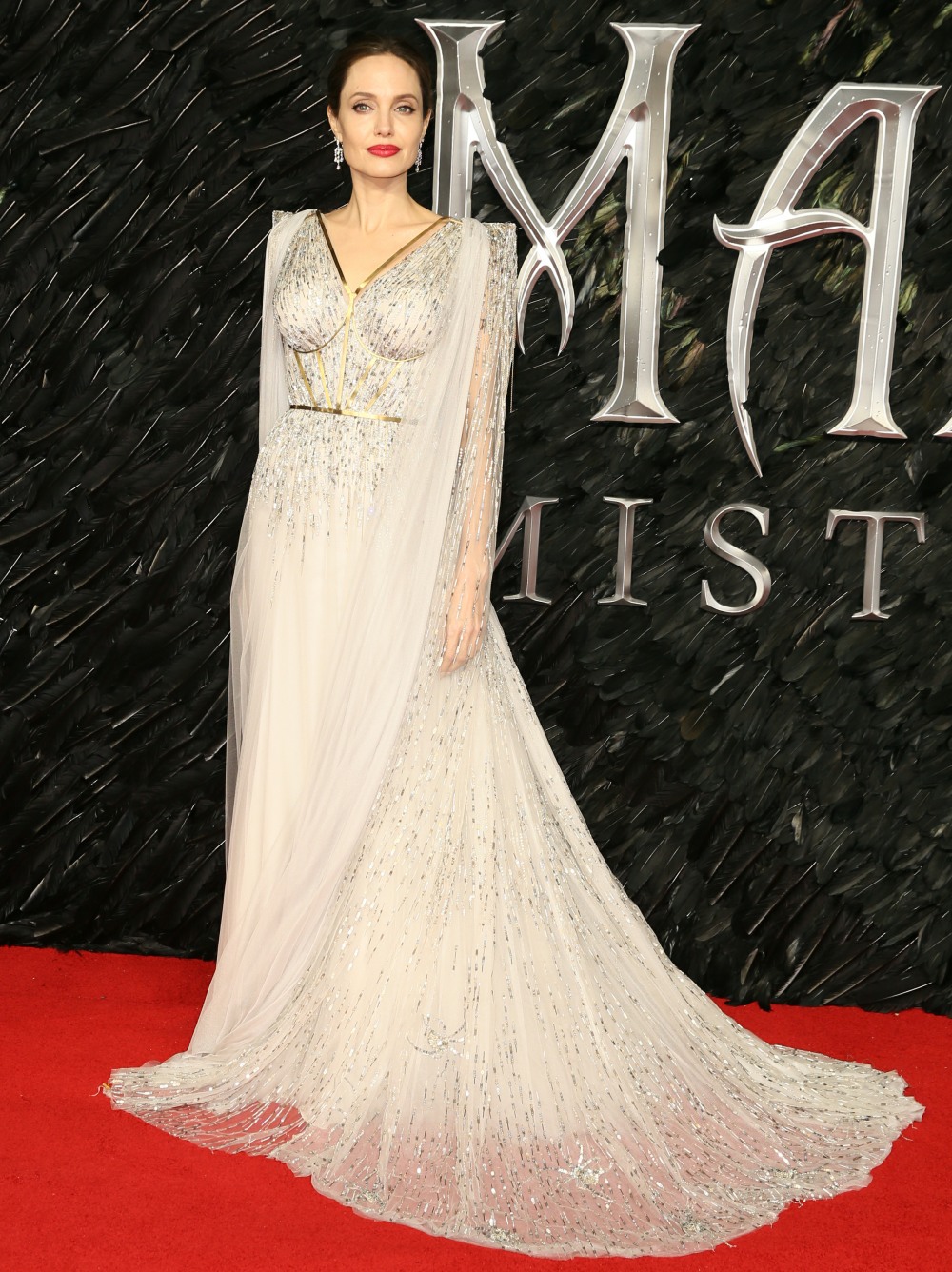 Here are photos from last night’s London premiere of Maleficent: Mistress of Evil. The biggest look is Angelina Jolie in Ralph and Russo, a gown which was likely customized for this very premiere, and obviously tailored for her body. There is basically a gold “harness” with the bodice of this dress, and the fabric seems like silk tulle with sequins or beading. There’s also a pointed shoulder detail and what amounts to a cape. All in all… I like that it’s a BIG look and that she went all-out. But this dress isn’t my favorite? The back of the dress looks like a curtain valance and I find the dress with the hair to be too matronly.

Speaking of Matron Jolie, four of her kids joined her at the premiere – everybody but Pax and Maddox (who is in college). Zahara in particular has been outdoing her mom with her (Z’s) premiere looks. Did Angelina agree to allowing Zahara to get couture for the promotion too? Also: as Angelina walked the carpet, her lawyers and Brad Pitt’s lawyers were basically filing an extension on their never-ending divorce negotiations. They have everything worked out except for the financials, and they’re asking a private judge to help them work through the financial stuff. The court agreed as long as they pay for the private judge themselves. More than three years! Three times as long as the marriage!

For some reason, Michelle Pfeiffer wasn’t at the premiere, but Elle Fanning was there and she and Angelina coordinated their looks – Elle wore Armani Prive and Sutra Jewel opal earrings. She’s so beautiful. I’m adding some bonus Chiwetel Ejiofor. 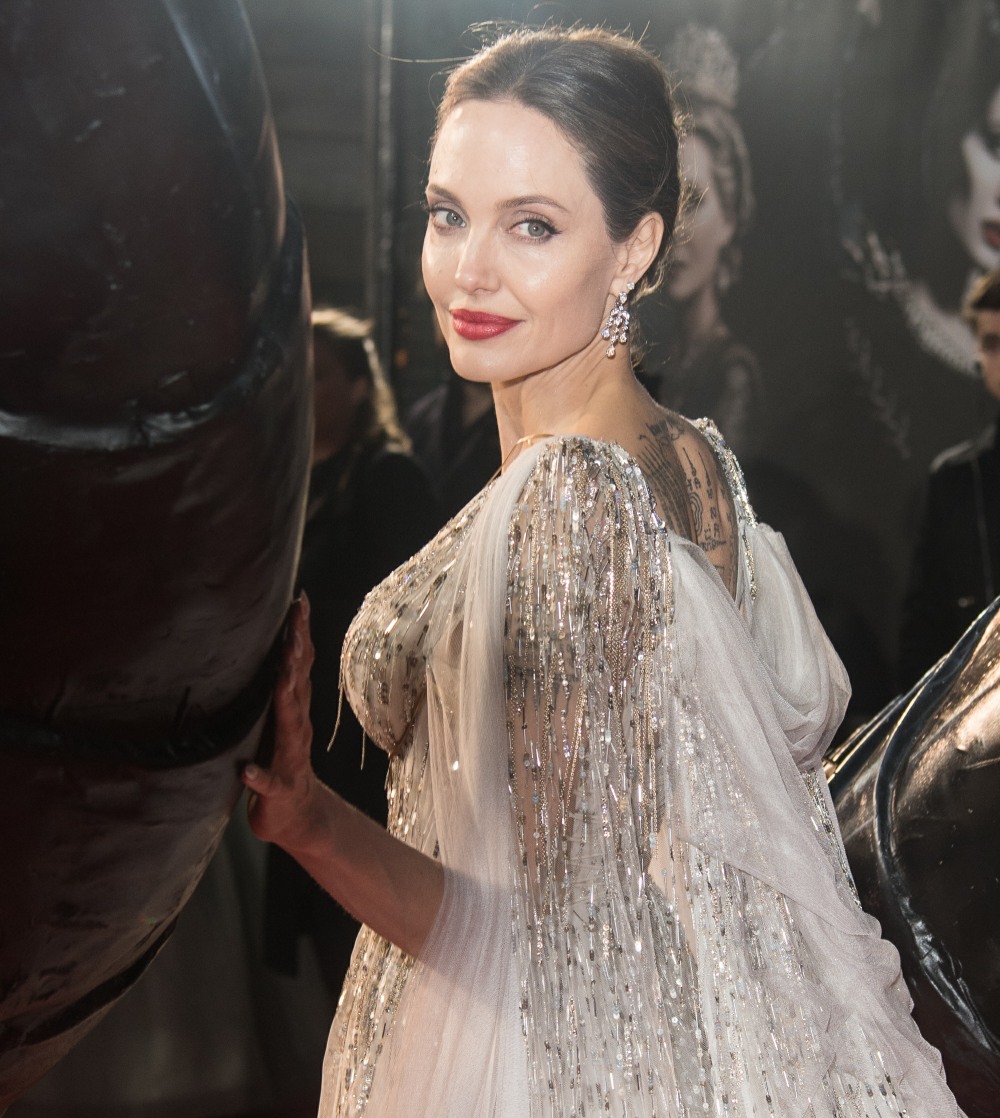 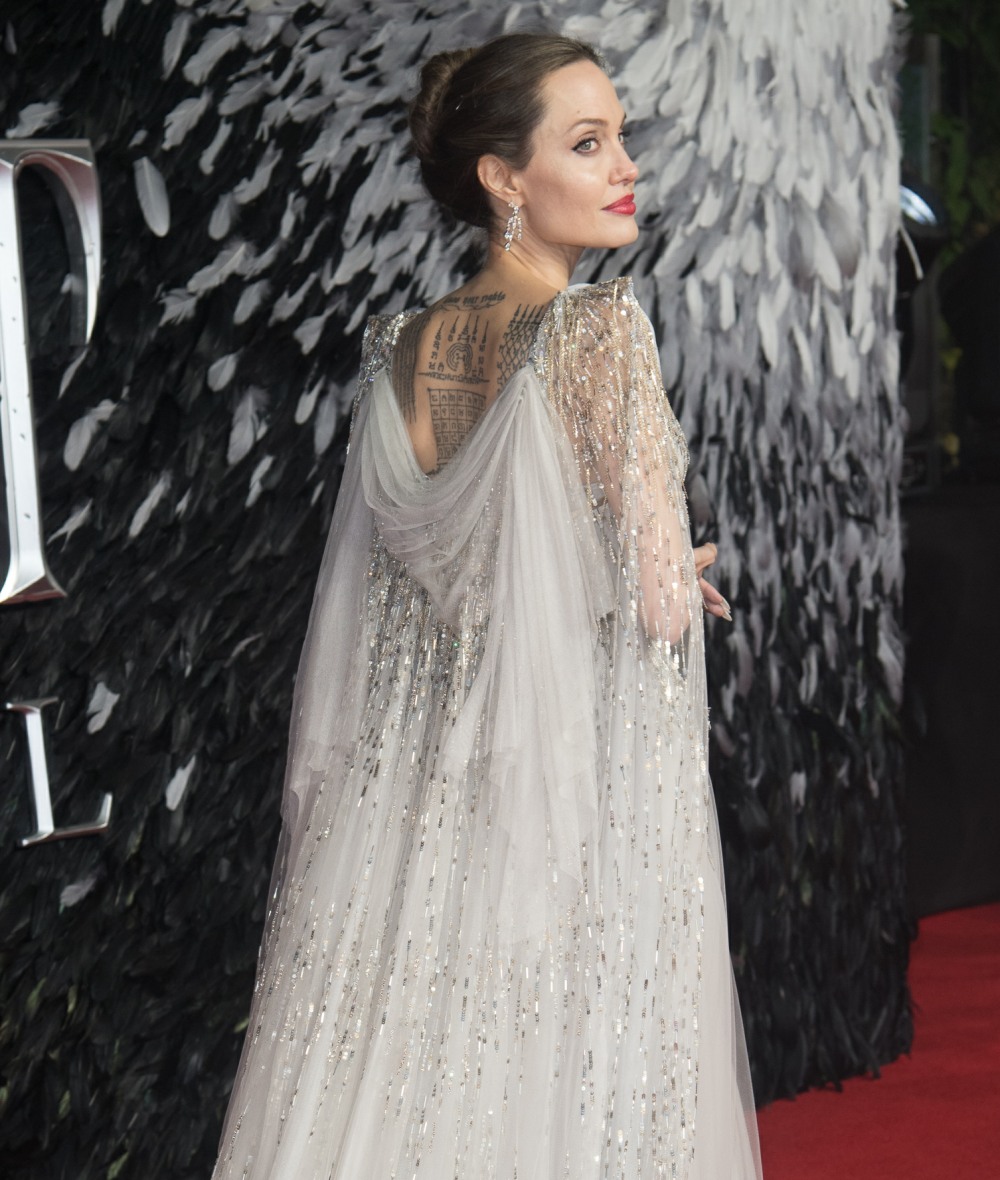 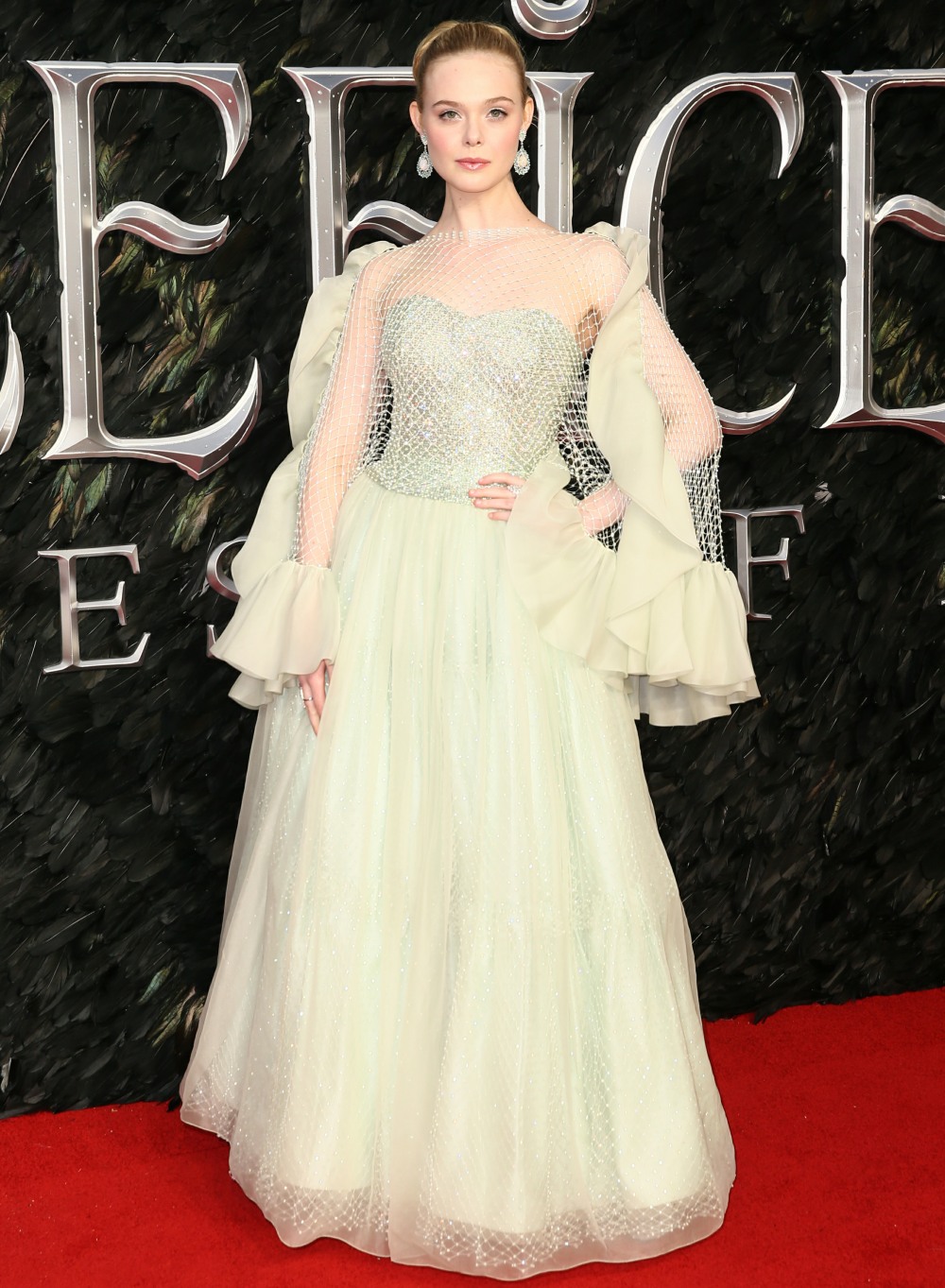 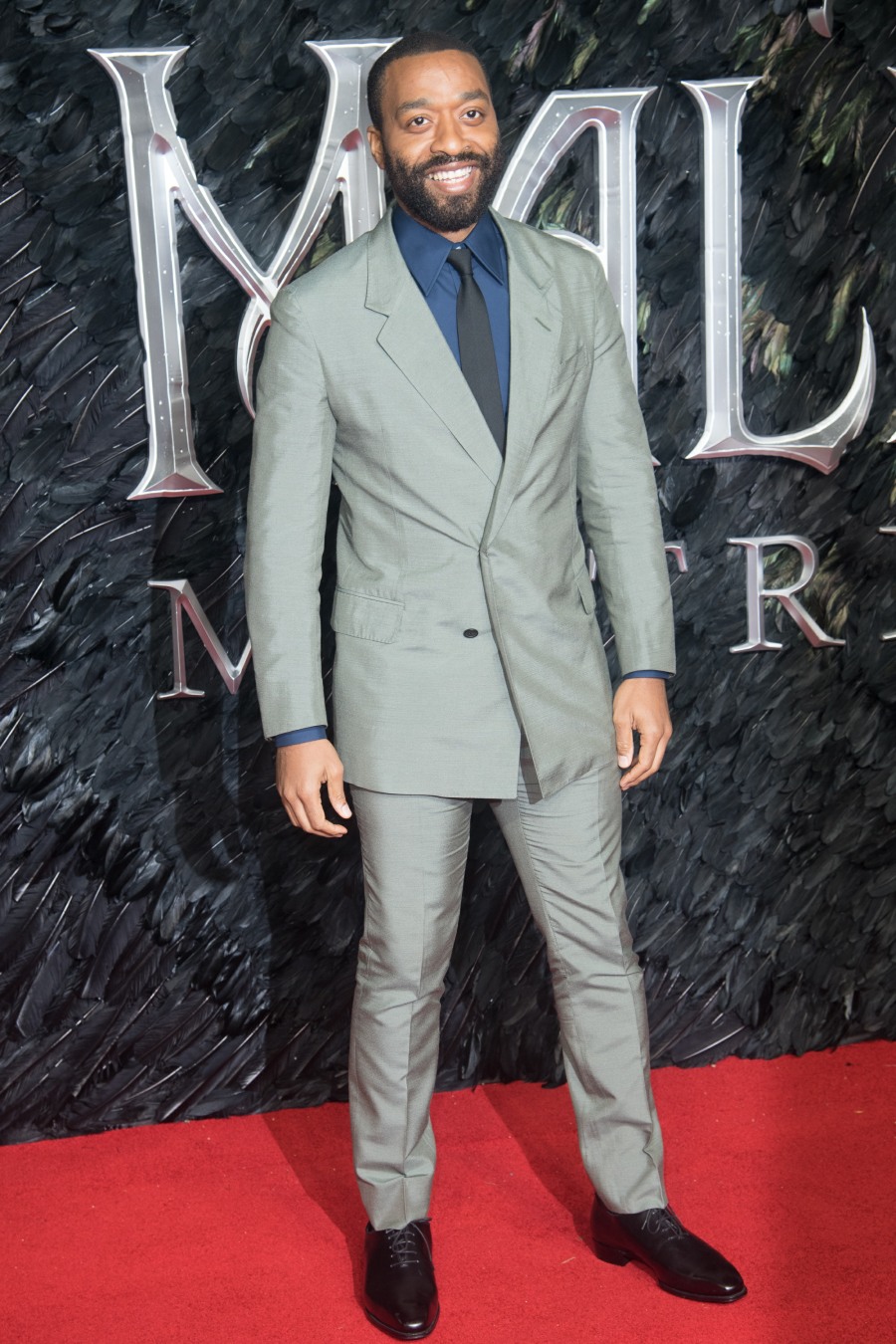 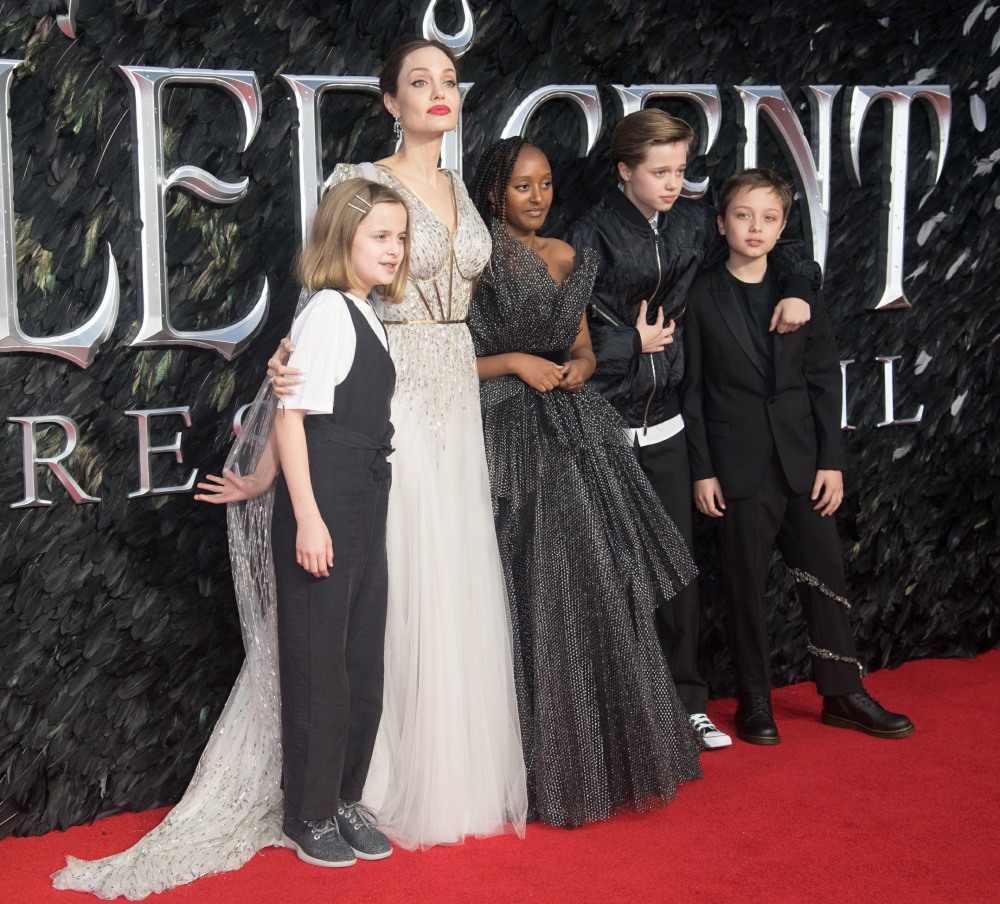 62 Responses to “Angelina Jolie in Ralph and Russo at the UK ‘Maleficent’ premiere: stunning?”