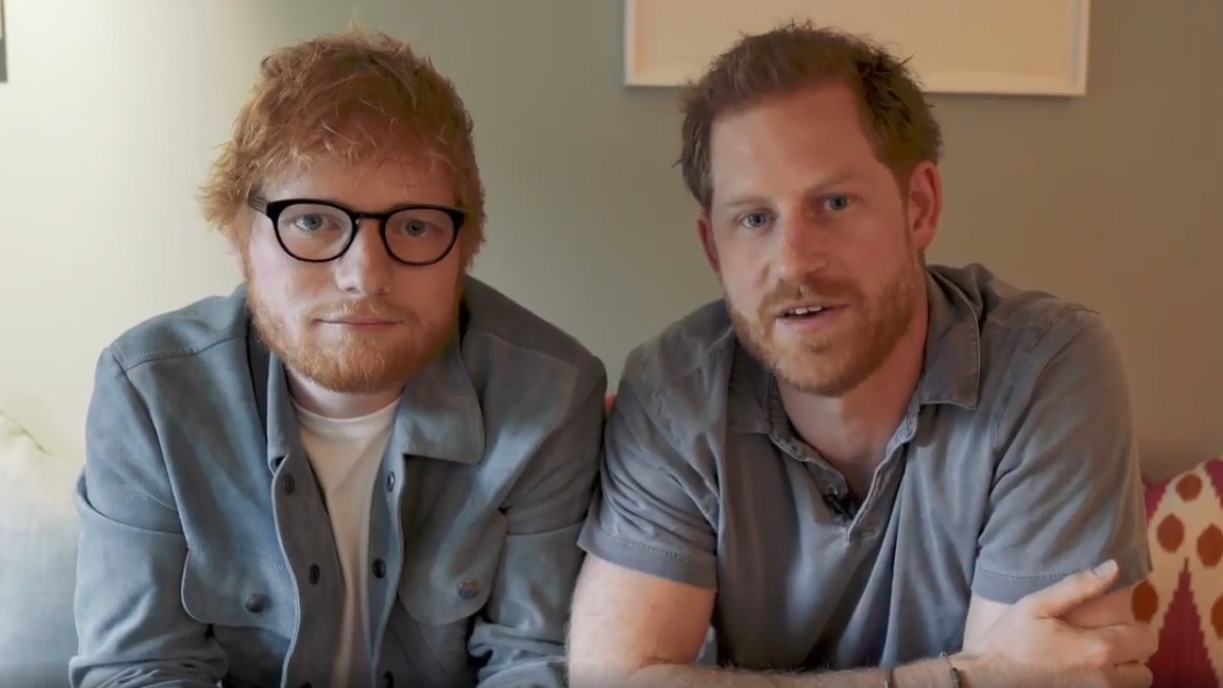 Yesterday, the SussexRoyal Instagram posted a teaser video of Ed Sheeran coming up to a door, ringing the doorbell and Prince Harry answering the door. It was a video for World Mental Health Day, which is today, and they’ve already released the full video. Just note: I hoped that we were going to see inside Frogmore Cottage, and that Frogmore Cottage truly had a “God Save the Queen” doorbell. But it’s not Frogmore Cottage. It’s Ivy Cottage, part of the Kensington Palace complex, and Princess Eugenie’s London pad. Are we ever going to see inside Frogmore?!?

The joke of the video is that Ed Sheeran and Harry are both gingers and they honestly look like brothers. The other joke is that Sheeran thinks that they’re uniting for a special cause of ginger awareness. He says “People don’t understand what it’s like for people like us – the jokes and snide comments, I just feel like it’s time we stood up and said we’re not going to take this anymore. We are ginger and we’re going to fight.” Harry informs him that actually, this is for World Mental Health Day. It’s a cute video. I need to watch it a few more times so I can properly creep on the interior of Ivy Cottage.

Also: Harry and Ed are both kind of okay actors? Weird, I know.