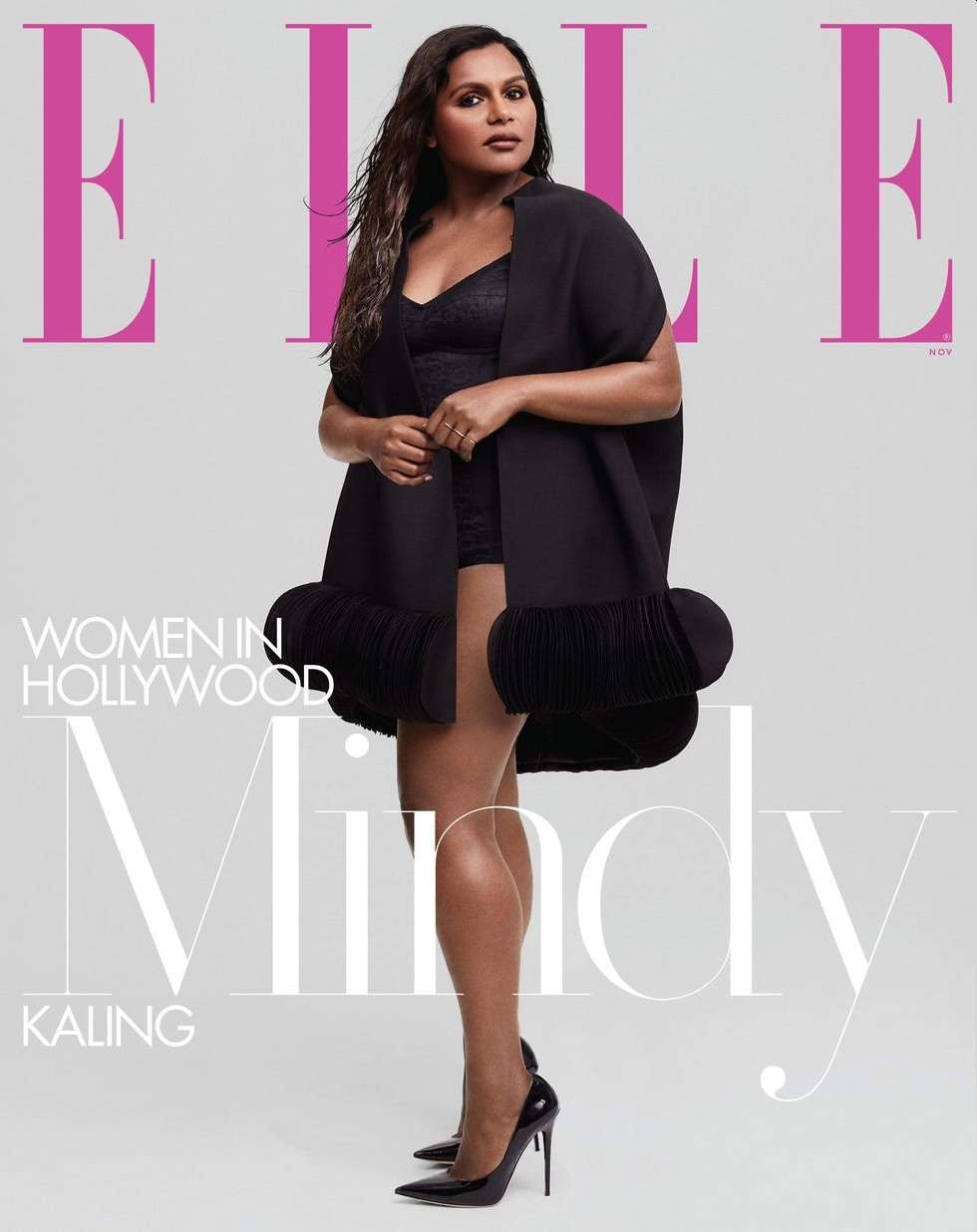 Elle Magazine dropped their multiple covers and cover stories for their Women In Hollywood issue yesterday. I’m still sorting through the interviews and we’ll probably parcel them out over the next week or two. Mindy Kaling got one of the covers, and as always, Mindy gives a great interview. The whole interview is worth a read – you can read it here – but there was one part which caused a weird back-and-forth yesterday as soon as the interview dropped. Mindy discussed how she wrote and starred in Late Night, which was loosely based on her experience being the only woman of color in the writers’ room, and how she was often surrounded with white bros. Here’s the section which piqued so much interest:

Like [Late Night’s] Molly, Kaling has faced her share of sexism in television. Early on in her tenure at The Office, the show was nominated for an Emmy for Outstanding Comedy Series. Shortly after, the Television Academy, which puts on the awards show, told Kaling that because there were too many producers on The Office, they were going to cut her from the list. She, the only woman of color on the team, wouldn’t be eligible for an Emmy like the rest of the staff. In order to receive her rightful recognition, she recalls, “they made me, not any of the other producers, fill out a whole form and write an essay about all my contributions as a writer and a producer. I had to get letters from all the other male, white producers saying that I had contributed, when my actual record stood for itself.” Her name was included in the final list, though the show ultimately didn’t win.

Fighting to prove they deserve their place is something to which all women—particularly women of color—can relate. There’s a quote from Toni Morrison that resonates with Kaling: “In this country, American means white. Everybody else has to hyphenate.” Regardless of how successful she is, Kaling feels she will always deal with some amount of racism and sexism. “It really doesn’t matter how much money I have,” she says. “I’m treated badly with enough regularity that it keeps me humble.”

I totally believe that happened. The Office had so many producers, and I totally believe that the Television Academy looked at the producer list and was like “that’s too many, we need to cull,” and then immediately saw Mindy Kaling’s name and said “she’s the one who needs to prove that she did something other than get coffee for the men.” Well, if you ever want to see old white dudes respond in a hurry, accuse them of being quietly racist and sexist for years. The Television Academy released a huffy statement about how ACTUALLY they are totally not racist and sexist for singling out the one woman of color in a sea of white dudes:

Mindy then clapped back, as the youths say. She got on Twitter, posted the Television Academy’s statement, and responded with this:

Respectfully, the Academy’s statement doesn’t make any sense. I *was* singled out. There were other Office writer-performer-producers who were NOT cut from the list. Just me. The most junior person, and woman of color. Easiest to dismiss. Just sayin’.

I’ve never wanted to bring up that incident because The Office was one of the greatest creative experiences of my life, and who would want to have an adversarial relationship with the Academy, who has the ongoing power to enhance our careers with awards? But I worked so hard and it was humiliating. I had written so many episodes, put in so much time in the editing room, just to have the Academy discard it because they couldn’t fathom I was capable of doing it all. Thankfully I was rescued by my friends, the other producers.

The point is, we shouldn’t have be bailed out because of the kindness our more powerful white male colleagues. Not mentioning it seemed like glossing over my story. This was like ten years ago. Maybe it wouldn’t happen now. But it happened to me.

Hey, @TelevisionAcad! I have been a proud member for years. I was the 1st woman of color nominated for writing a comedy script. Why not say “years ago we prevented a deserving woman of color from getting credit for her accomplishments. We’re sorry and it would never happen now.”?

Not only did the Television Academy completely disrespect her AT THE TIME, but the huffy statement in response to her Elle profile was also a case study in minimizing the lived experiences of a woman of color. They were gaslighting her publicly - “what you remember as a humiliating incident of racism and sexism wasn’t what you thought, you silly bitch.” Bulls–t. Old dudes keep showing their asses. 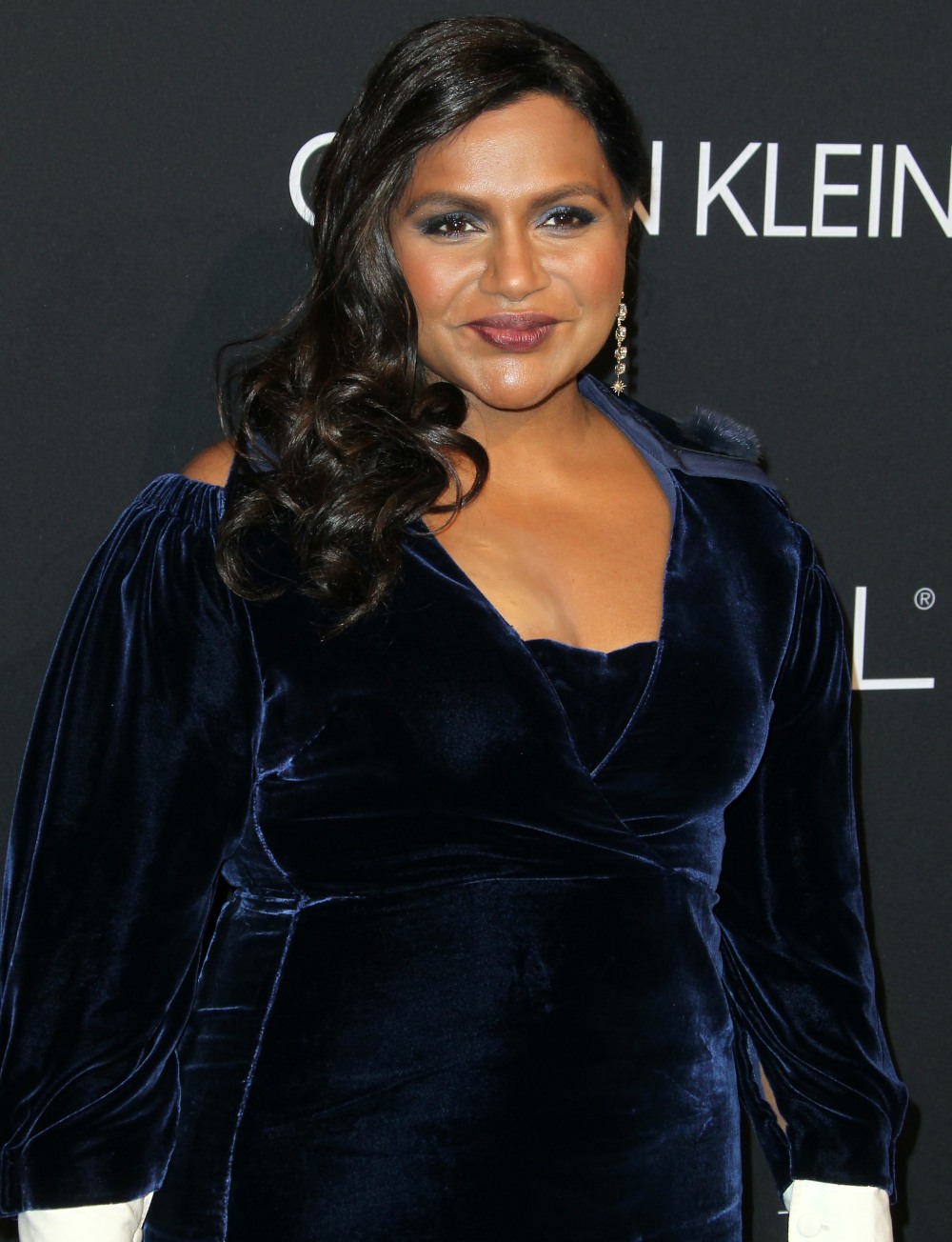