Sarah Ferguson did a bizarre sponcon interview for her cosmetic surgeon 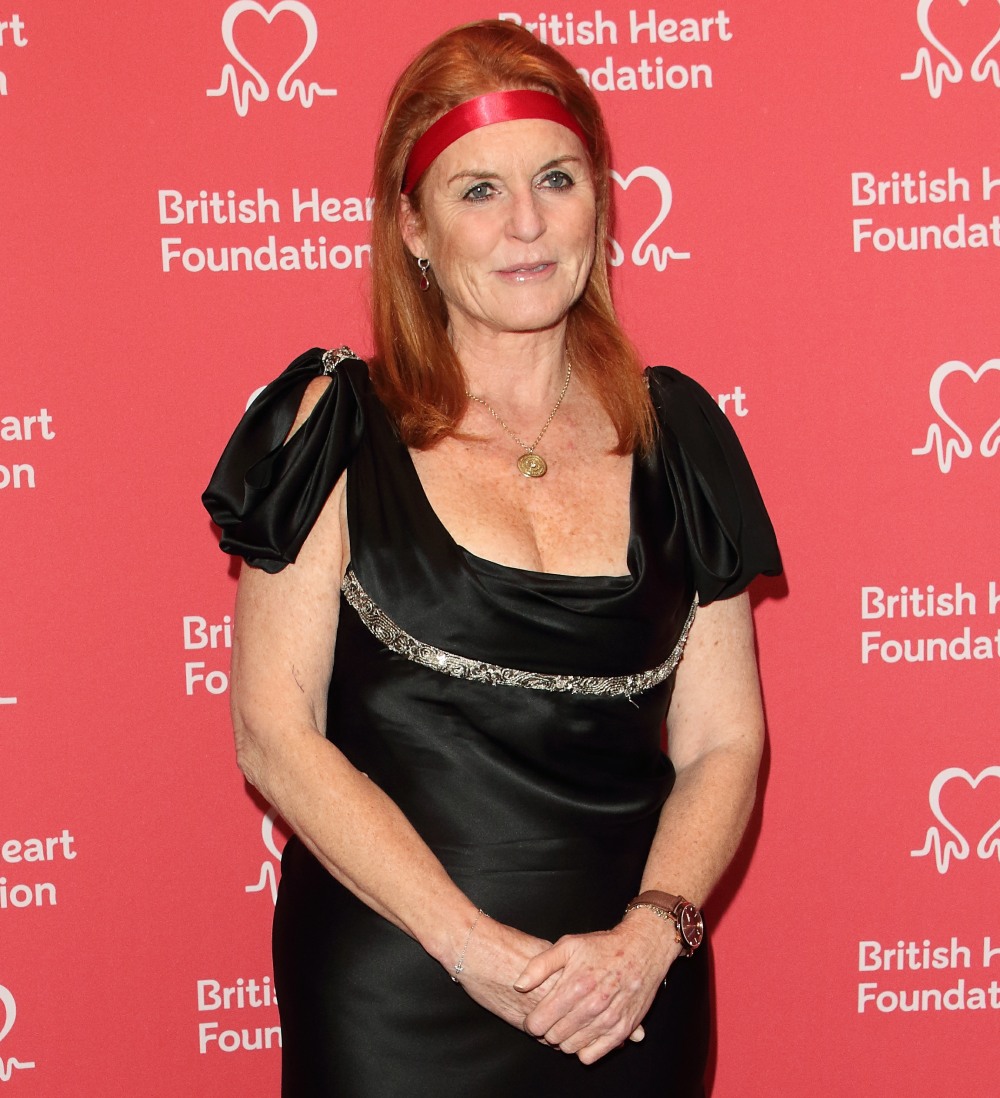 Sarah Ferguson turns 60 years old on October 15th. Honestly? I thought she was older. I’m not age-shaming, I’m just saying that whenever I see photos of her, I think that she must not have worn sunscreen for years, not that she has great skin. But to hear Fergie talk, she’s paying thousands of dollars on her skincare regimen. That’s the focus of this absolutely bonkers Daily Mail interview, which is basically sponcon. At first, I thought it was a weird propaganda piece about Fergie’s birthday, but as I kept reading it, I became convinced that Fergie is being lowkey paid by this facialist/laser-treatment specialist to shill for this particular brand of laser-treatment. I wonder how much Fergie was paid? Some quotes from this bonkers DM piece:

Why Fergie looked so good at Eugenie’s wedding: ‘The happiness was shining out of me because my daughter was getting married. I was so glad. I love Jack. When I’m passionate about anything, my eyes shine. Above all, it was being joyful for Eugenie that made me look good. But I’d had some laser treatment on my face which helped, too.’

The laser treatment: The woman behind the Duchess’s treatment is Polish-born Dr Gabriela Mercik, who at her Harley Street clinic, has just launched what she calls the world’s first 6-Dimension Ultimate Laser Treatment facelift. The Duchess and Dr Gabriela met in 1992 when Sarah was visiting young cancer victims in Upper Silesia, Poland. The doctor, then a medical student, was helping to treat them. They’ve stayed in touch. ‘I’m very loyal to my friends,’ says the Duchess. When Dr Gabriela moved into aesthetic medicine, and opened her clinic, firstly in Northern Ireland, and then in London, Sarah became one of her patients.

Fergie can barely sit through the 90 minute procedures: ‘I live on jingly-jangly nerves. I’m very focused, earnestly intense, but I live at high speed. I don’t sit down for long. I’m always saying to Dr Gabriela: “Come on, come on! Hurry up!” I’m the worst patient.’

Fergie prefers the lasers to Botox: ‘I had Botox a long time ago when there was nothing else available…I really don’t like the frozen look. I’m so animated and I like to be myself. I don’t like the thought of needles and am very glad if I look well and happy.’

Fergie is also shilling for Dr Gabriela’s skincare range: ‘Her serum (Aesthetic Magic Facelift Serum) is great for healing cold sores. Incredible. I’ve been her guinea pig with new treatments, too. I’m really happy to be open about what I’ve had done.’

What else Fergie had done: Sarah began having mesotherapy — an injection of vitamins, minerals and amino acids under the face’s mesodermal layer to plump skin — in 2013, then moved onto organic fillers, non-invasive injectables that fill out facial lines. Then, five years ago, Dr Gabriela proposed a thread lift. Also called ‘a puppet lift’, this involves no knives. Instead, medical threads are inserted into the skin to create a supportive mesh that pulls the face upwards. The threads dissolve over six to eight months, but the results should last for two years. Dr Gabriela was one of the first to introduce the thread lift to the UK in 2013 and travels around the world teaching the procedure. ‘It’s like garden trellising for sweat peas. You insert the threads under the skin with a fine needle and they hold everything up,’ says Sarah.

But does Fergie pay for this stuff? Prices for the 6D laser lift start at £3,750. Sarah has and does pay for treatments ‘at Dr Gabriela’s discretion,’ given that they have become friends.

“Sarah has and does pay for treatments ‘at Dr Gabriela’s discretion.’” My lord. This is how Fergie “pays” for years of (bad) cosmetic work: by doing highkey sponcon in the Daily Mail. I truly don’t care about laser treatments and all of that stuff – some people swear by them, some people don’t see a difference. But if I was a cosmetic laser specialist trying to shill my special project, I would NOT want Fergie to be the face of the infomercial. Still, I hope Dr. Gabriela signed a big check to Fergie for this messy sponsorship. Or maybe it was like I said – Fergie’s been getting so much free stuff that this is the way she had to pay back Dr. Gabriela. 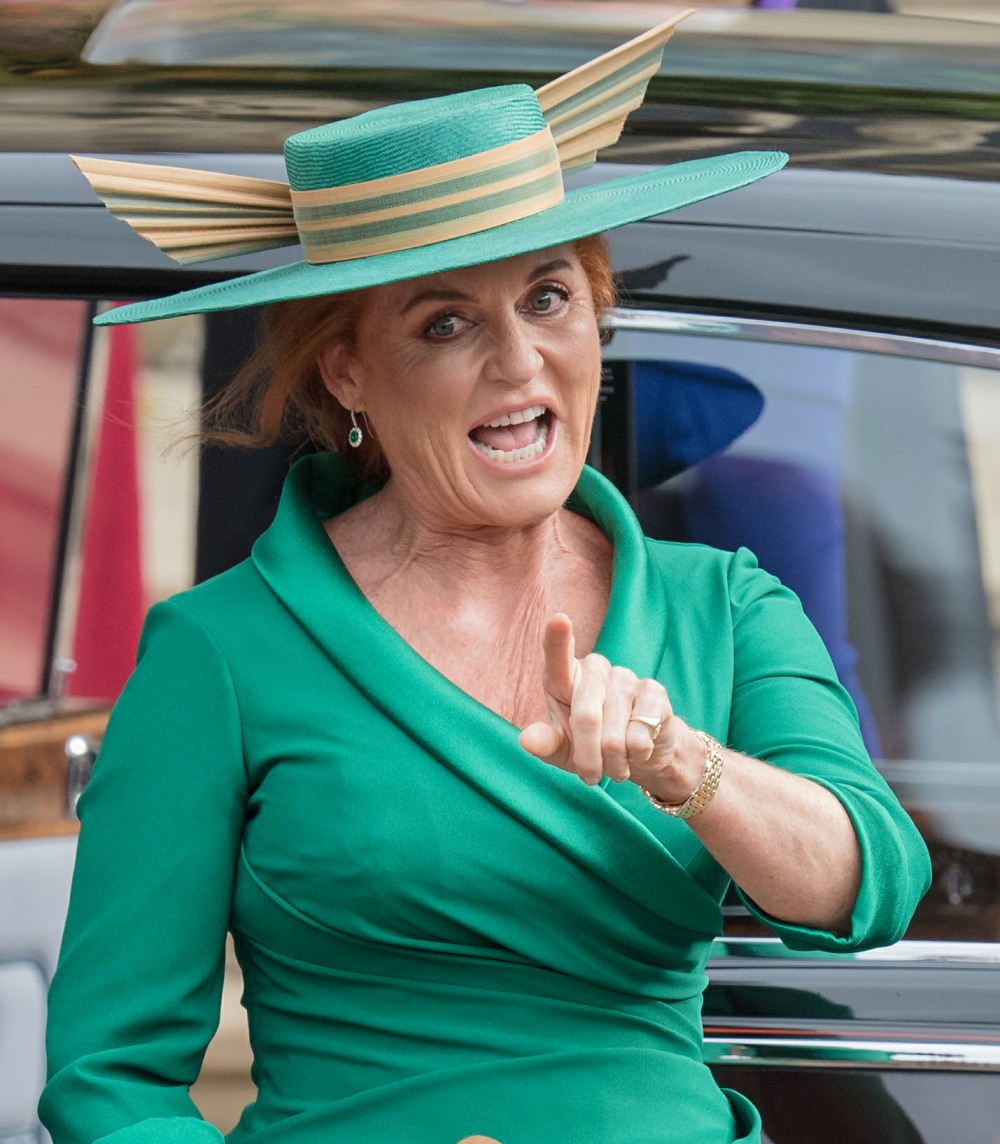 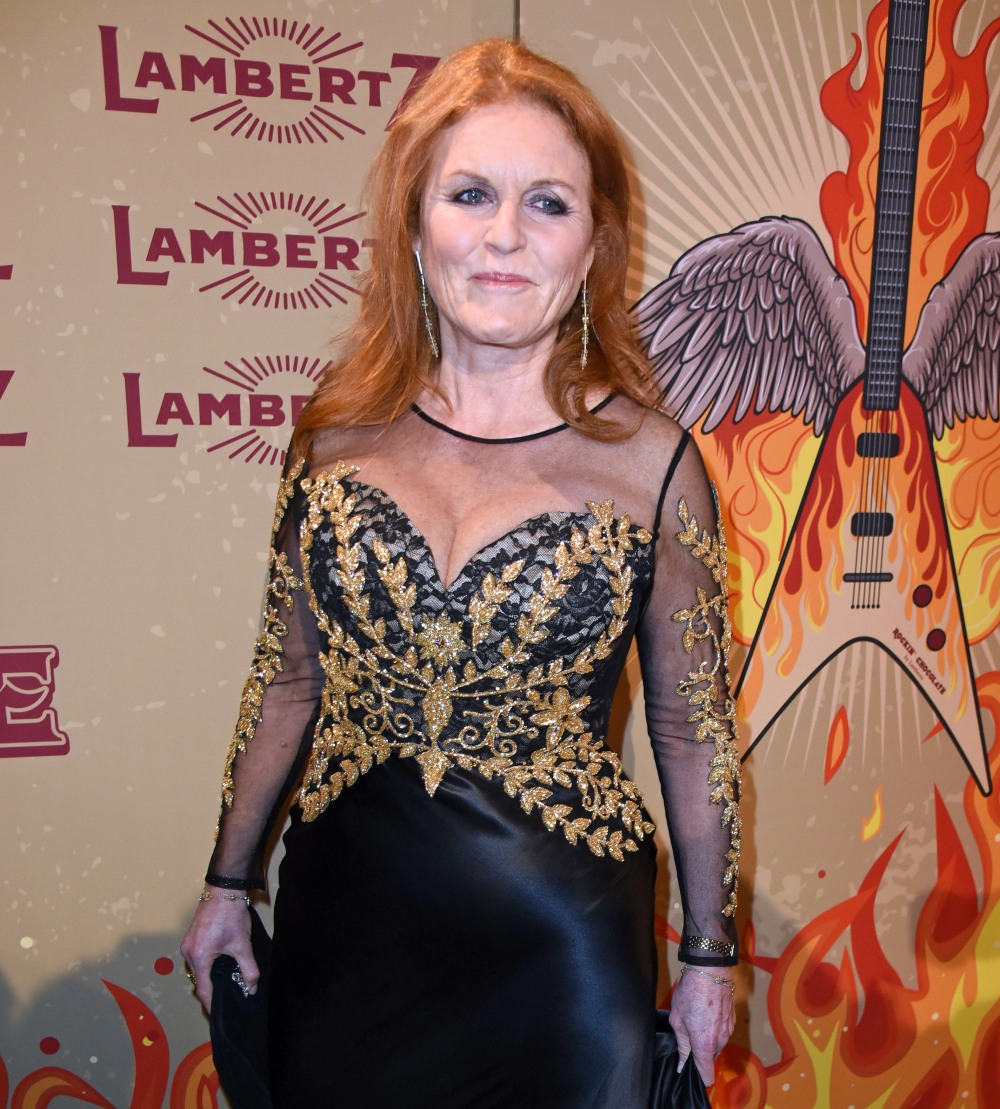