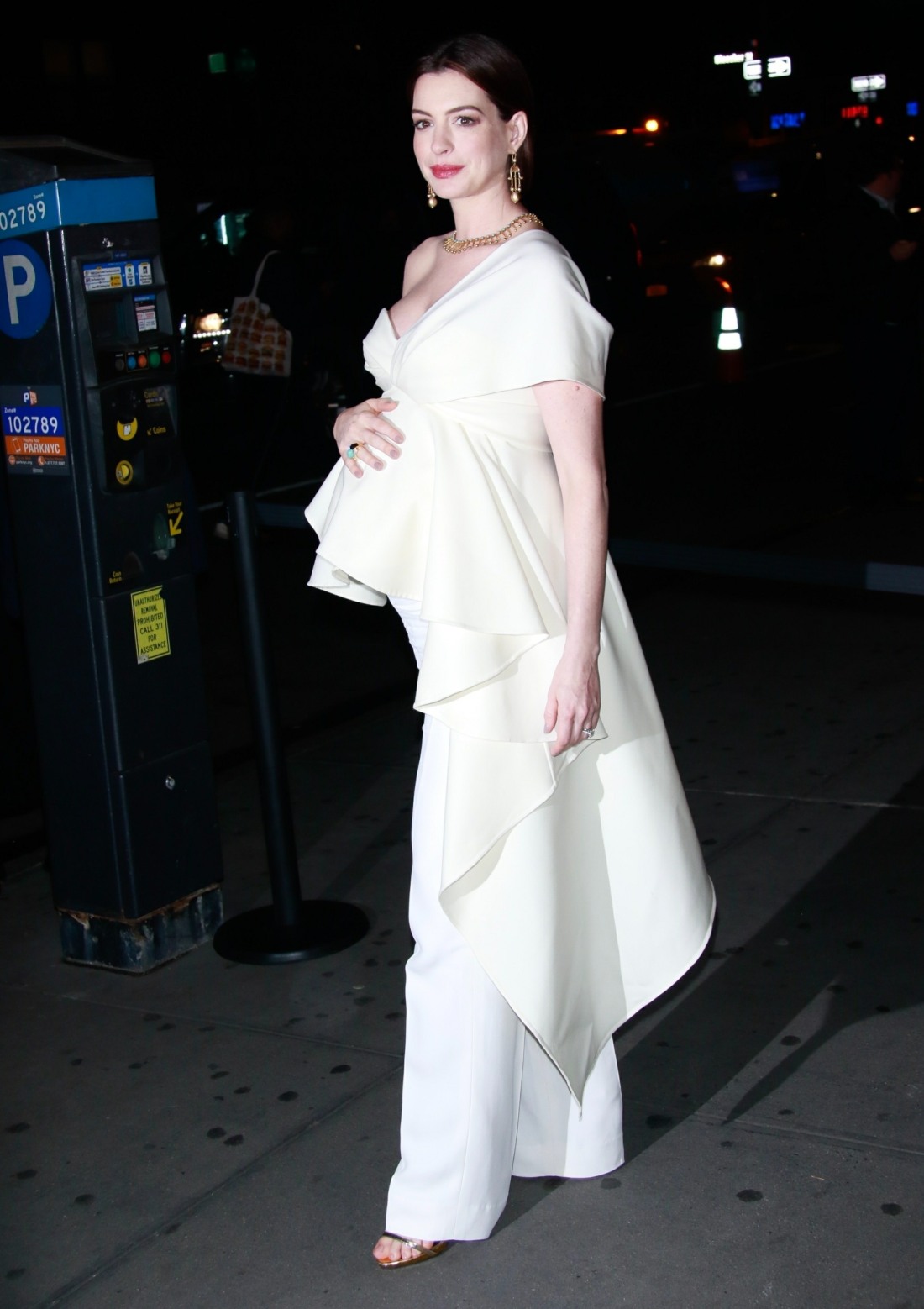 Anne Hathaway is having a very pretty pregnancy. She hasn’t stepped out very often since announcing her second pregnancy a few months ago, but whenever we do see her, she looks gorgeous. Anne was out last night in New York for the premiere of her Amazon Prime series Modern Love. I say “her” like she’s in every episode – she is not. Modern Love features a new story and new characters with each episode and Anne is in one episode.

Anne wore this amazing custom Oscar de la Renta ensemble to the premiere. Absolutely fantastic trousers and I adore the top too. Hair, makeup, jewelry choice… all great. Good for her. Anne also chatted with People Magazine about the “kindest thing” anyone has ever done for her:

She tells PEOPLE, “Oh my God, the kindest thing?! I can’t help but think my son, you know, my labor was very quick with him. That was pretty kind.”

Well, at least she had an easy labor! I just realized that I have no idea what Jonathan looks like. I don’t think she’s ever posted a photo of her son on social media? And I never see paparazzi photos of him. Good for her for keeping him private and letting him just be a kid. I really want her to have a girl this time! 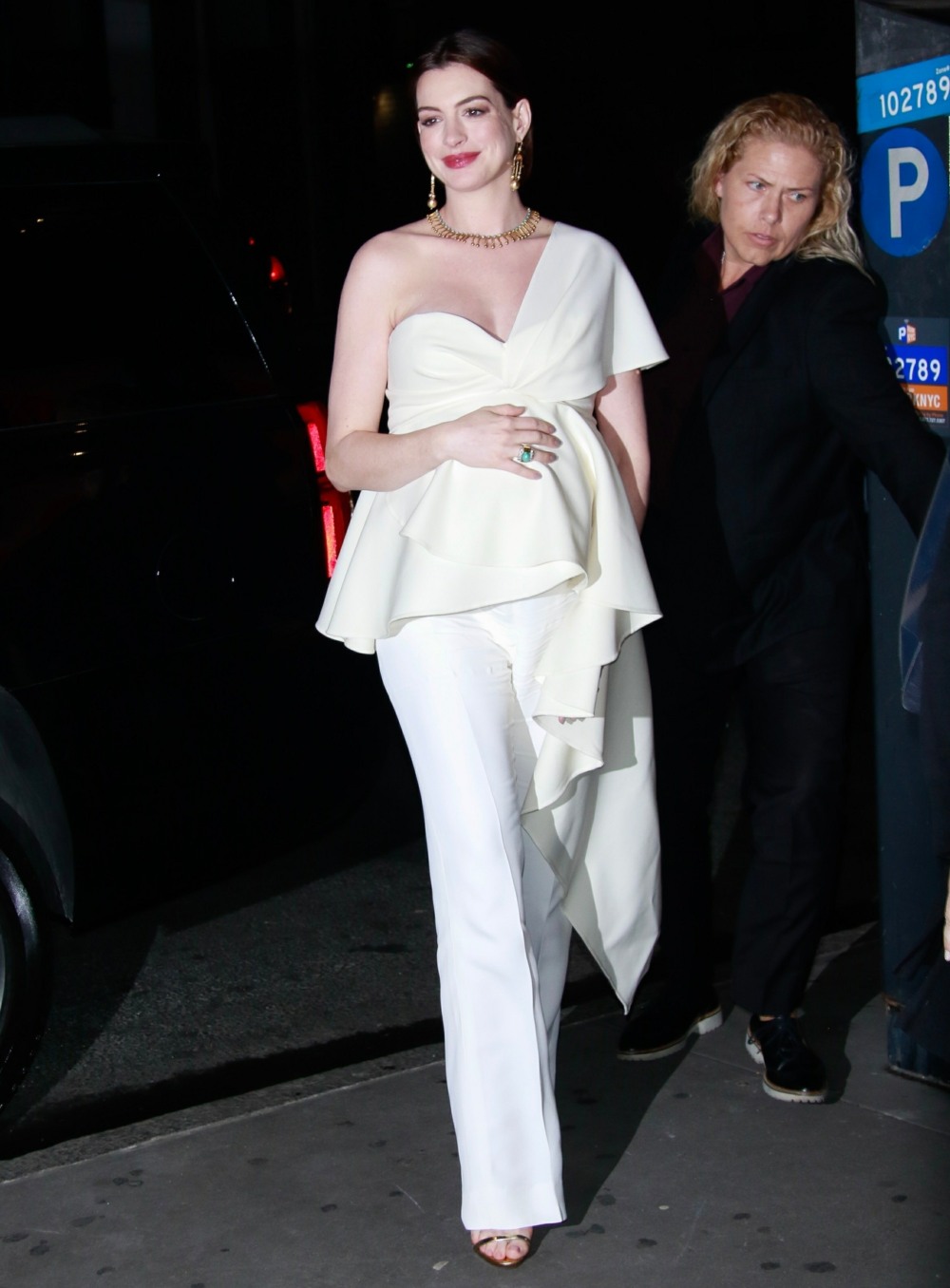