Natalie Portman: It’s a relief to be out of the ‘you’re supposed to be adorable’ phase 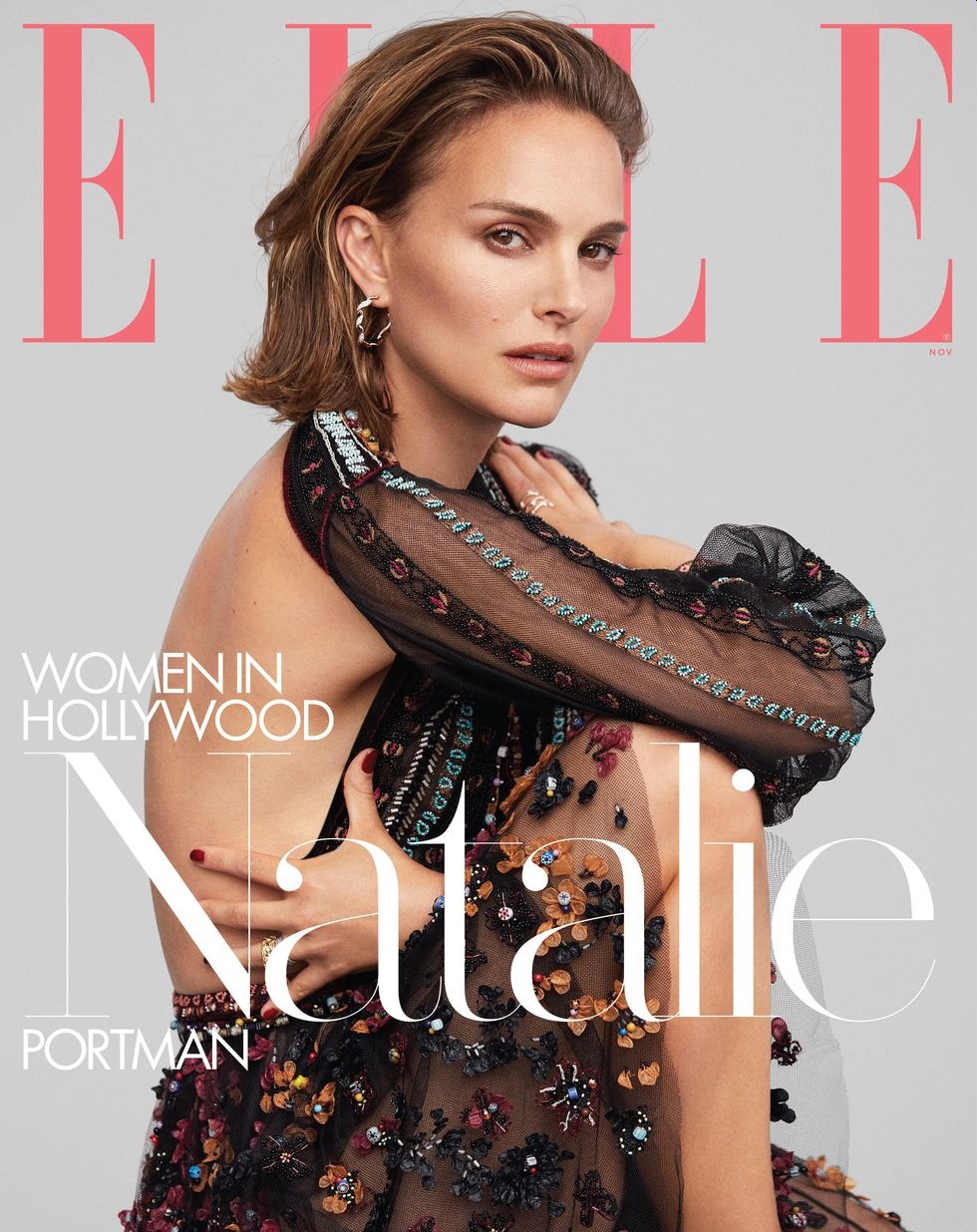 I was going to start out by saying that I’ve softened on Natalie Portman recently because I felt like I was the only one who enjoyed her performance in Jackie, like that was a new thing. But Jackie came out in 2016! I thought it came out last year. As it turns out, I’ve been okay with Portman for three years or so. Amazing. Anyway, I loved her in Jackie. She didn’t look anything like Jackie Kennedy nor did she really sound like Jackie and I also think the film was riddled with historical inaccuracies. But! Natalie was really good in it and she earned her Oscar nomination for it. Her current film is Lucy in the Sky, where she plays a character loosely based on Lisa Nowak, the knife-wielding, diaper-wearing astronaut who tried to kidnap her “love rival.” So far, the reviews are not great, but you never know – the Academy loves Natalie. Anyway, Portman covers Elle’s Women In Hollywood issue (there are multiple covers) and here are some highlights from her interview:

She’s no longer the Manic Pixie Dream Girl: “It’s definitely a relief to be out of the phase where you’re supposed to be adorable. It certainly is stifling to be the one who’s enacting someone else’s idea of how a young woman should behave. I’ve seen a real change [in the industry] since I was 20. But not a total change; you still see those roles of just being a dream girl or whatever some person wants you to enact.”

The roles she’s drawn to: “I’m into women who are interesting to watch because they’re as confusing, and confused, as we are. That’s my favorite character to play: the one who messes up, but you understand what’s going on to make her do that.”

Playing her role in Lucy in the Sky: “When you show a woman being a complete human being, with the bad as well as the good, that’s feminist. It’s a humanist way of seeing people.”

She used to feel isolated in Hollywood, but Time’s Up changed that: “When I went to the Oscars in 2009, I was just standing there, and felt totally scared and intimidated and lonely by the whole experience. And then going to the Golden Globes in 2018, it felt like going to a party with friends. We were all like, ‘Oh, this is what it feels like; this is why it’s fun for other people.’ ”

Creating a network of women allies: “If we don’t talk to each other, we can’t share, we can’t get information, we can’t get angry and organize together. It’s actually really important to talk. Something we’ve been talking about is sharing salary details with each other, because right now it’s such a taboo. It’s actually a real way that we can help each other, to be like, ‘Hey, this is what I get paid. This is how I negotiated this.’”

“Something we’ve been talking about is sharing salary details with each other, because right now it’s such a taboo. It’s actually a real way that we can help each other, to be like, ‘Hey, this is what I get paid. This is how I negotiated this.’” This is excellent. This is a great byproduct of everything that happened post-Harvey Weinstein. There were so many shifts and changes, but I sometimes worried that a lot of that sh-t would revert back to being terrible for women. But they’re building something that will last: a network of women talking to other women and helping each other navigate the industry which (frankly) was not built for them.

As for her comment about manic pixie dream girls… I mean… no one forced her to take those roles! But her point is solid – it’s a man’s idea of what a “cute girl” or “ideal girl” is. 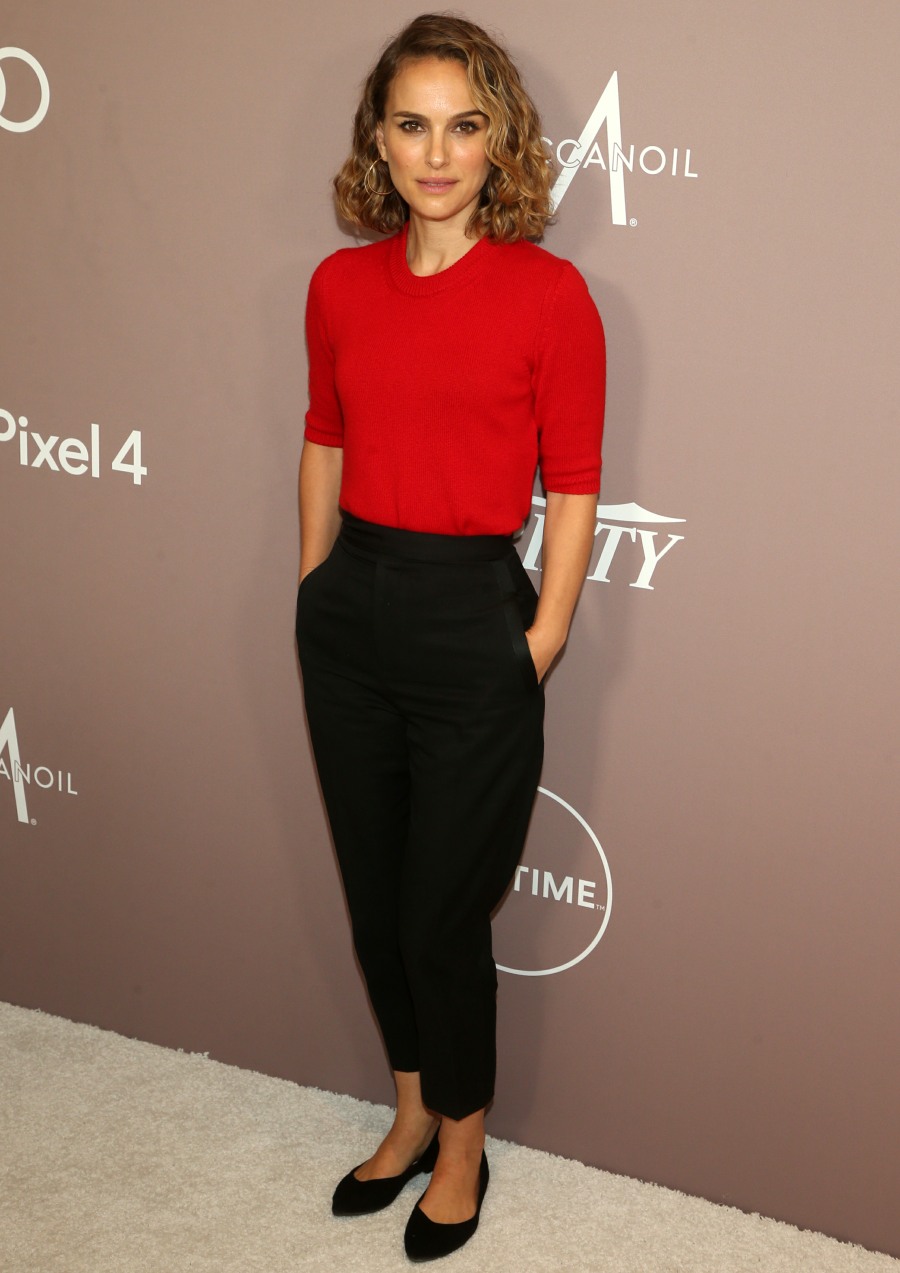 8 Responses to “Natalie Portman: It’s a relief to be out of the ‘you’re supposed to be adorable’ phase”