Angelina Jolie’s message to girls: ‘Find their own power, but respect & learn from men’ 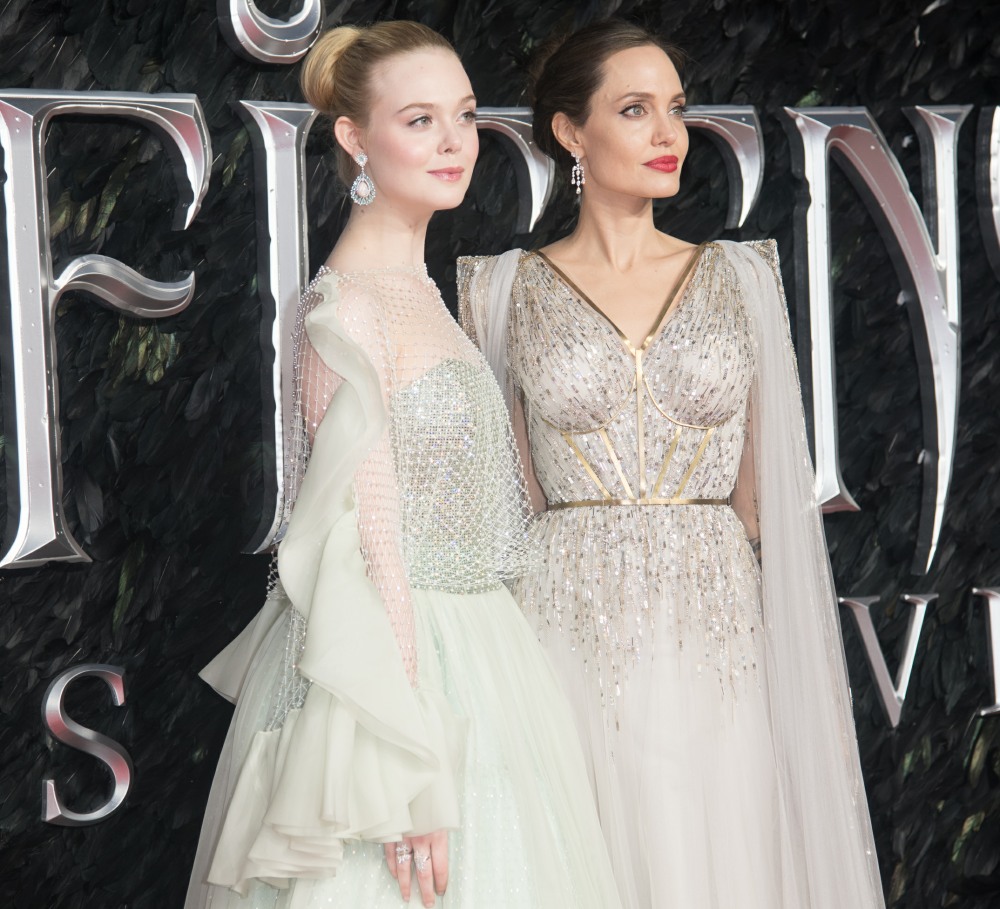 Angelina Jolie and Disney are on the same page for Maleficent: Mistress of Evil. Disney seems to love this collaboration because Angelina goes all-in to sell the movies, and because she can talk about feminism while still staying on Disney-message. Disney’s feminism is definitely on the lighter, more consumer-driven side. I mean, little kids still want to be princesses, but maybe they also want to have horns and wings and wear all-black. Disney is giving them that choice = feminism. I have a point here! The point is that I love how Angelina and Elle Fanning put their own spin on Disney’s feminist-lite talking points:

Angelina Jolie has championed the role men can play in shaping the personalities of young girls. The actress, who stars in Maleficent: Mistress of Evil, also said female characters in films should not have to be portrayed as physically tough in order to be considered strong.

Referring to her own character in the film and Princess Aurora, played by Elle Fanning, Jolie said: “We both very much need and love and learn from the men. And so I think that’s also an important message for young girls, to find their own power, but to respect and learn from the men around them. We have strong women, but the character that is wrong in the film and has to be taken out is also a woman. We show very diverse types of women between our characters, but also we have extraordinary men in the film, and I really want to press that point.”

Fanning, who reprises her role of Princess Aurora in the film, echoed Jolie’s comments and said her character’s strength is not necessarily physical, unlike many princesses in children’s films.

“Aurora’s strength is her kindness, and she stays very true to herself, which is something I wanted to keep in the film. She is soft and feminine and wants to be a wife and have babies, and that’s a beautiful, strong thing that isn’t portrayed a lot on screen. A lot of the princesses are like ‘we’re gonna make her a strong princess! And make her tough, so we’re gonna make her fight!’ And it’s like, is that what being a strong woman means? Like, we just have to have a sword and have armour on and go fight? Aurora can do that in a different way, in a pink dress, and it’s beautiful that she keeps her softness and vulnerabilities.”

“She is soft and feminine and wants to be a wife and have babies, and that’s a beautiful, strong thing that isn’t portrayed a lot on screen.” Can we argue about this? Almost every romance and rom-com is based on the idea that yes, every woman wants a husband, a wedding and babies. Every magazine and every message from the media is that women want those things too. It’s not groundbreaking to portray a young woman wanting those things. It’s not feminist or anti-feminist either (it’s just a neutral choice). That quote is from Elle and I think she’s just trying to defend her character. But this quote from Angelina was just too much as well: “That’s also an important message for young girls, to find their own power, but to respect and learn from the men around them…” Yeah but when are boys going to get the message to respect and learn from the women around them. Ugh. 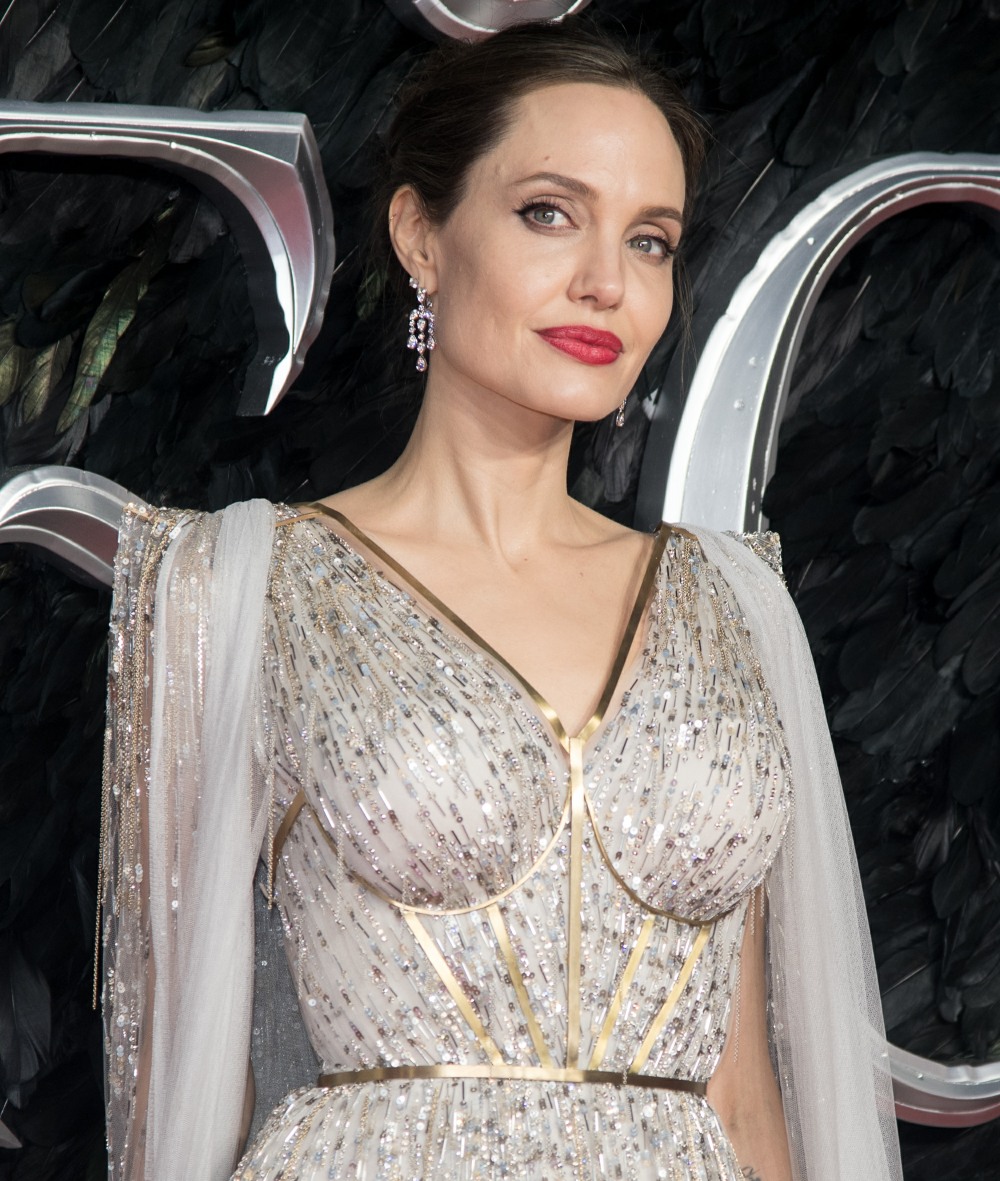 100 Responses to “Angelina Jolie’s message to girls: ‘Find their own power, but respect & learn from men’”