Kaia Gerber: It ‘takes a moment’ to realize if I’m looking at a photo of myself or my mom 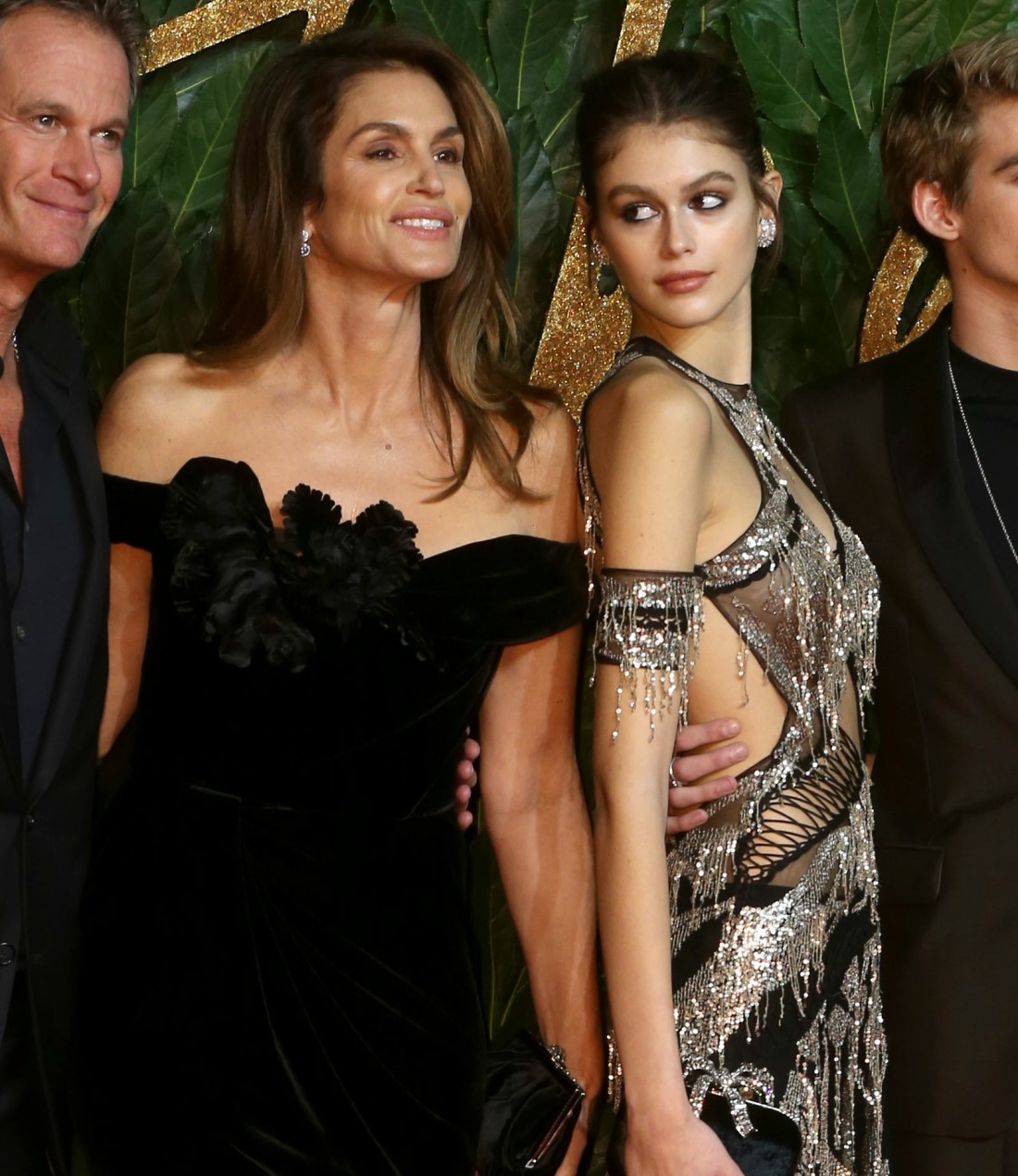 Back in the day – the 1990s – I was a Cindy Crawford fan. The Era of the Supermodel was a real thing, and Cindy, Linda, Naomi, Christy and Claudia were everywhere and every single person had a favorite. Cindy and Linda Evangelista were my favorites – Linda was the chameleon and Cindy had the wholesome-with-an-edge vibe. Regardless of which one was your favorite, I think everyone acknowledged that all of those women had the It Factor, that intangible watchable quality that made them fascinating models and celebrities.

So, as an old-school Cindy fan, I was sort of disappointed to see that neither of her children really inherited that It Factor. I was also disappointed in how hard Cindy pushed her kids (mostly Kaia) into modeling at such a young age. Cindy was already grooming Kaia for supermodel glory when that child was like 12 years old. Back then, I used to feel for Kaia… it was clear that while she was a perfectly pretty girl, she was never going to live up to her mother’s expectations, nor would Kaia live up to the expectations of everyone in the fashion industry that she should basically be a new version of her mom. But as Kaia has gotten older (she turned 18 in September), she has grown into her looks a bit more, and you can definitely see more “Cindy” in her. Guess what? Kaia knows it too.

Kaia Gerber and her mother, Cindy Crawford, have had countless twinning moments, from Met Gala parties to Paris Vogue covers. But the 18-year-old model didn’t notice her uncanny resemblance to Crawford, 53, until recently. In a personal essay for Vogue’s November 2019 issue, Gerber (whose dad is Crawford’s husband of 21 years, Rande Gerber) opened up about the similarities she shares with her mom and what it feels like following in Crawford’s modeling footsteps.

“From day one, people in the industry were often taken aback by my resemblance to my mom,” Gerber wrote. “As I get older, it happens even more, and it’s not just a visual thing: It’s everything from our mannerisms to our voices.” But Gerber admitted that she often doubted their likeness: “It used to be that I didn’t see it at all, but now I will look at a picture and have to take a moment before realizing which one of us it is.”

Now, she sees a slew of similarities between her and her mother, adding the one thing she appreciates more than having Crawford’s runway looks is her personality.

“The biggest compliment is when someone says I act like my mom,” Gerber explained. “Beyond her beauty and obvious appeal, she has always been my hero and my role model because of the way she treats people and the lens that she sees the world through, and that’s something for which I’m beyond grateful.”

Geber jokingly added the one trait that sets her and Crawford apart: “Quick tip: My mom’s the one with the mole.”

Yeah… not really. As I said, there’s totally a resemblance now. Now that Kaia has grown into her looks more. But when Kaia was younger, it was more like people wanted DESPERATELY for Kaia to look like Cindy and… she really didn’t. She just looked like what she was: a young, pretty girl who should be in school, not walking a runway. Still, Kaia is really doing the hard-sell on “I look like my mom, HIRE ME.” 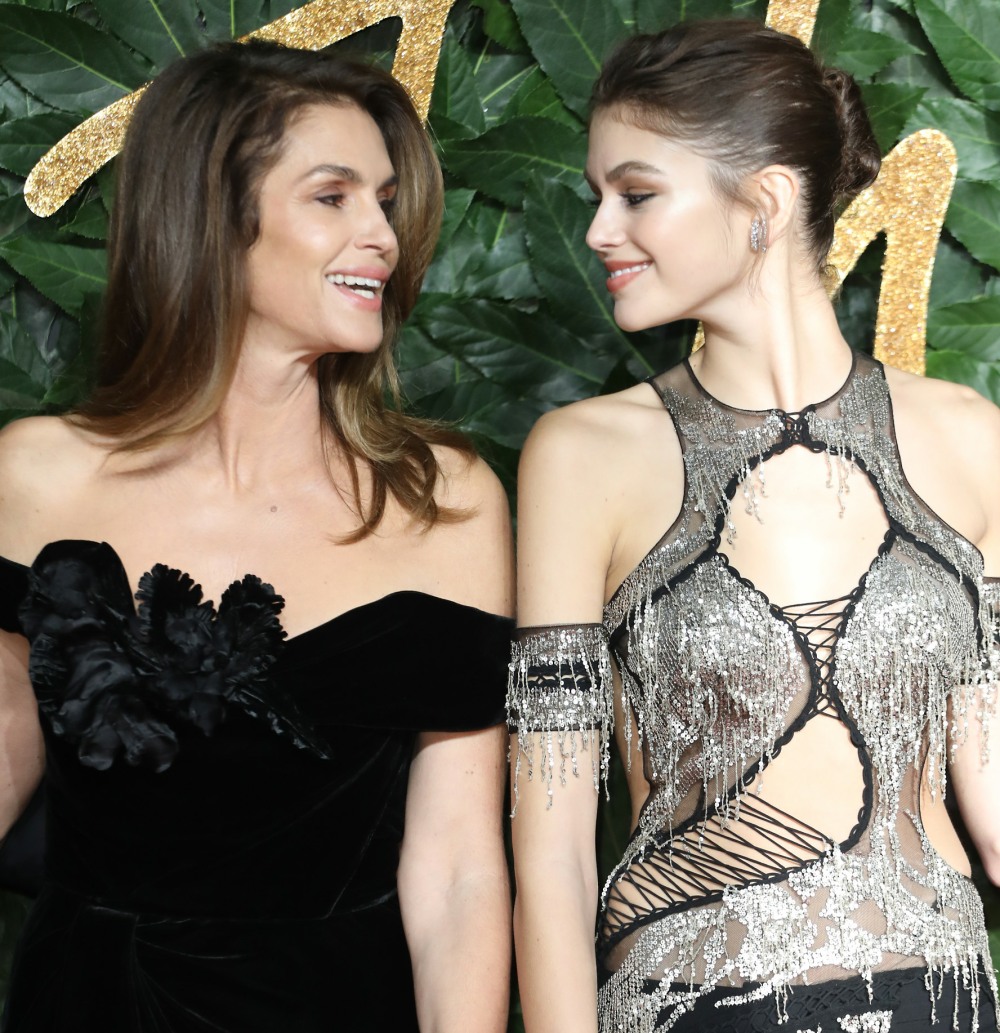 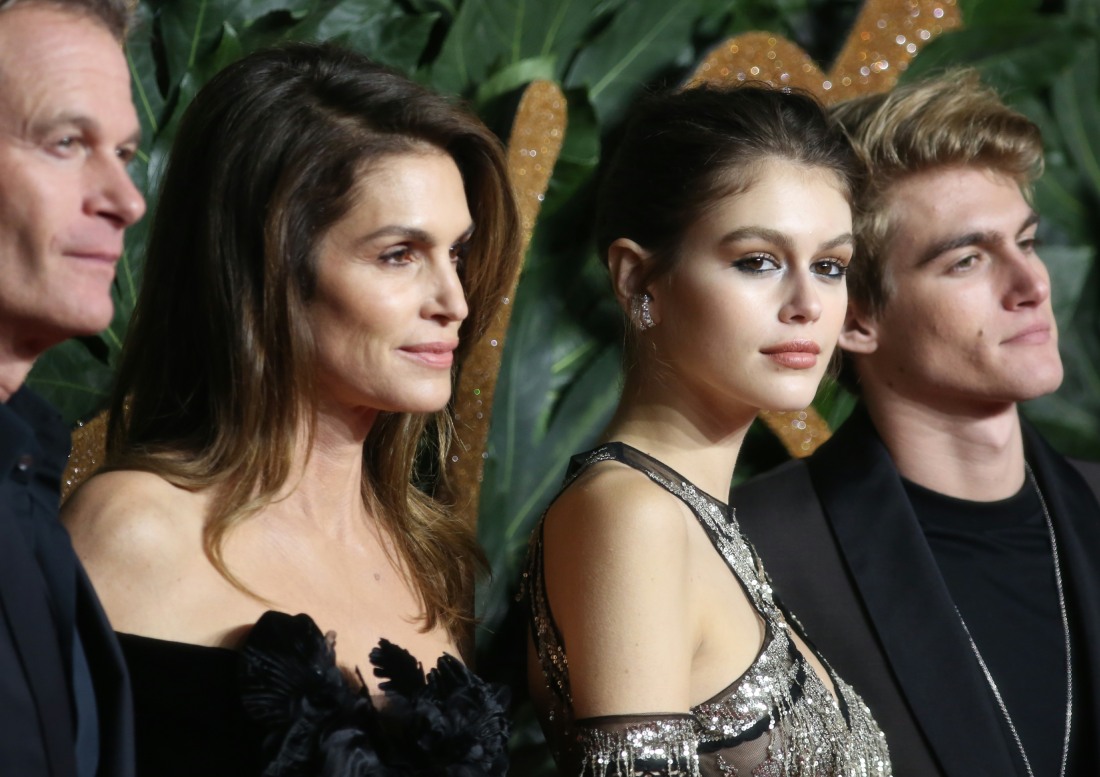 100 Responses to “Kaia Gerber: It ‘takes a moment’ to realize if I’m looking at a photo of myself or my mom”