Matt Lauer ‘had an affair’ with a famous broadcaster, then pushed her out of NBC 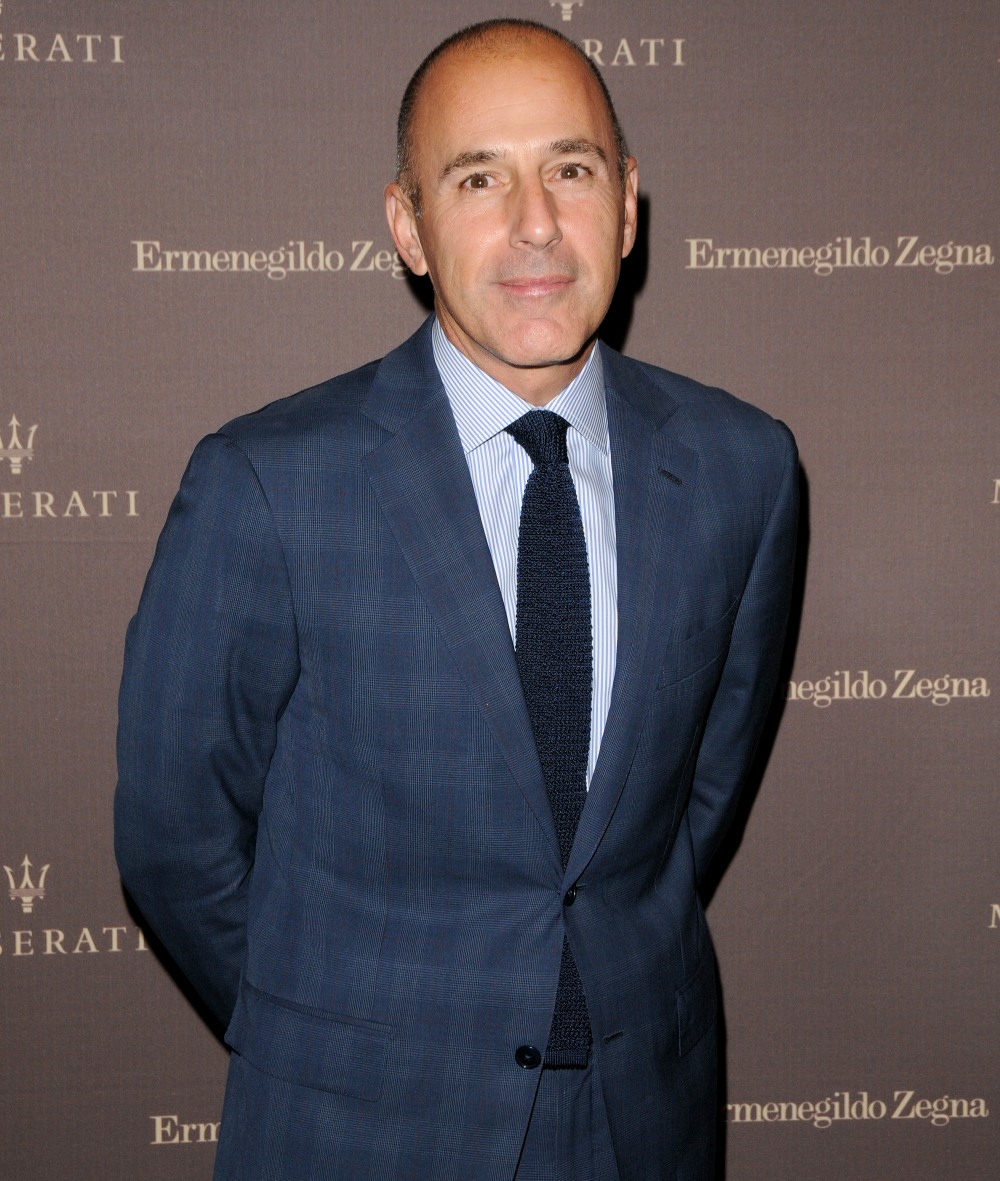 There was a lot of information that came out about Matt Lauer as he was fired from NBC in November 2017 and more info came out afterwards. I’ve always thought that once Lauer was fired, women at NBC finally felt safe enough to start telling their stories (internally at NBC, or anonymously in interviews) without it leading to huge career repercussions, because that’s how much power Lauer had within NBC up until he was fired. Very few people could say anything about him to anyone. That being said, there were always rumors. Rumors of “affairs” and rumors of his sh-tty marriage and rumors of his treatment of female colleagues. This Page Six story reads like a blind item but I’m not going to be gross – this poor woman’s career was destroyed because she didn’t want to be Matt Lauer’s meat.

Disgraced “Today” anchor Matt Lauer allegedly had an affair with a famed and well-respected broadcaster, Page Six is exclusively told, representing a “clear imbalance of power.” The woman signed a nondisclosure agreement when she left NBC.

We have agreed not to name the broadcaster at her request, but a TV source said: “Matt had influence over everyone’s career — one word and your career would be sunk. I know there was a clear imbalance of power in this woman’s relationship with Matt.”

In his new book, “Catch and Kill,” Ronan Farrow also claims Lauer repeatedly harassed a fellow on-air NBC personality, who was allegedly forced to sign a strict NDA when she left the network in 2012. It’s not clear if it’s the same woman we’ve learned about. Farrow reports that the unnamed former NBC broadcaster claimed Lauer and another NBC exec propositioned her and made lewd comments about her during broadcasts. She said, “I was like meat on a hook … I would walk into work with a knot in my stomach. I would come home and cry.”

She alleged that when she turned the men down, she was “punished” and got fewer assignments, adding: “My career took a sharp nosedive.” Although she didn’t make a formal report to HR, she did tell colleagues. When she left, NBC forced her to sign a nondisclosure agreement that waived her right to sue and banned her from making disparaging comments about the network, the book states.

I think I know who it is, if it’s the same woman in Page Six’s story and Ronan Farrow’s story. But the thing is, it actually sounds like about three women who all got pushed out of NBC years before Lauer was fired. Part of Lauer’s argument is now that he did NOT have that much power at NBC. Which is clearly bullsh-t – he walked around 30 Rockefeller like a king, and whoever wasn’t “in favor” with him got pushed out or punished by the executives. 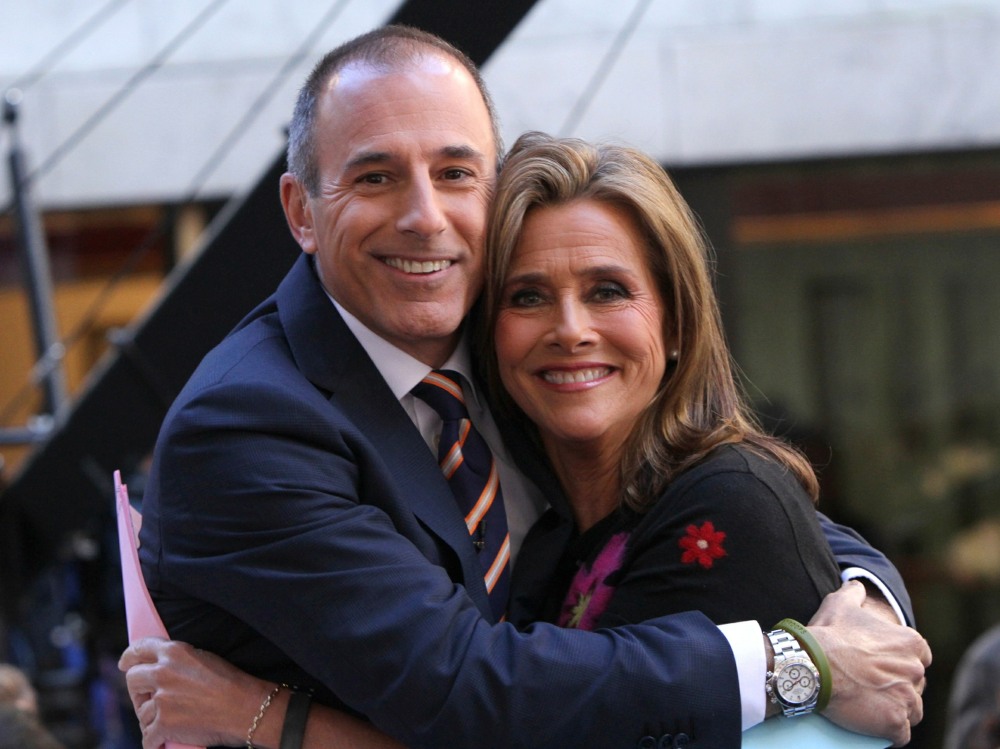 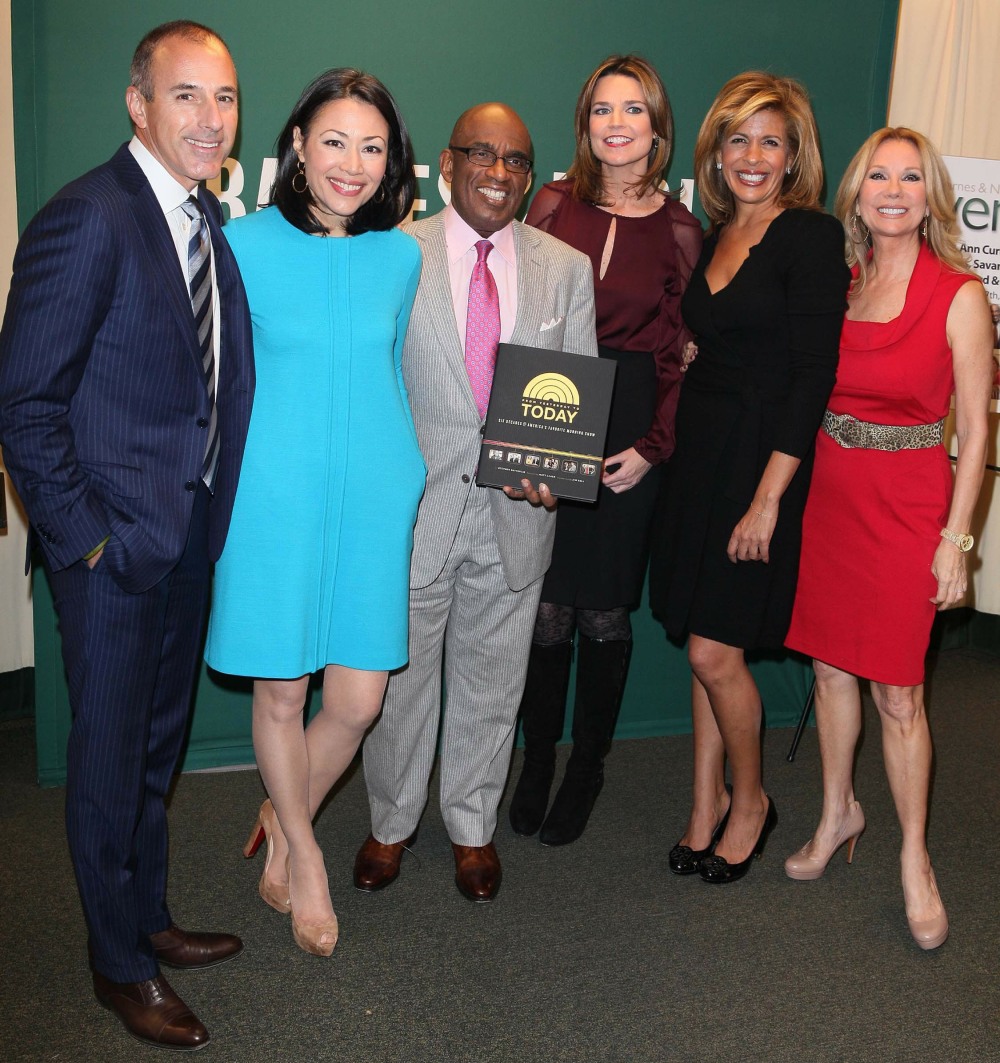 87 Responses to “Matt Lauer ‘had an affair’ with a famous broadcaster, then pushed her out of NBC”