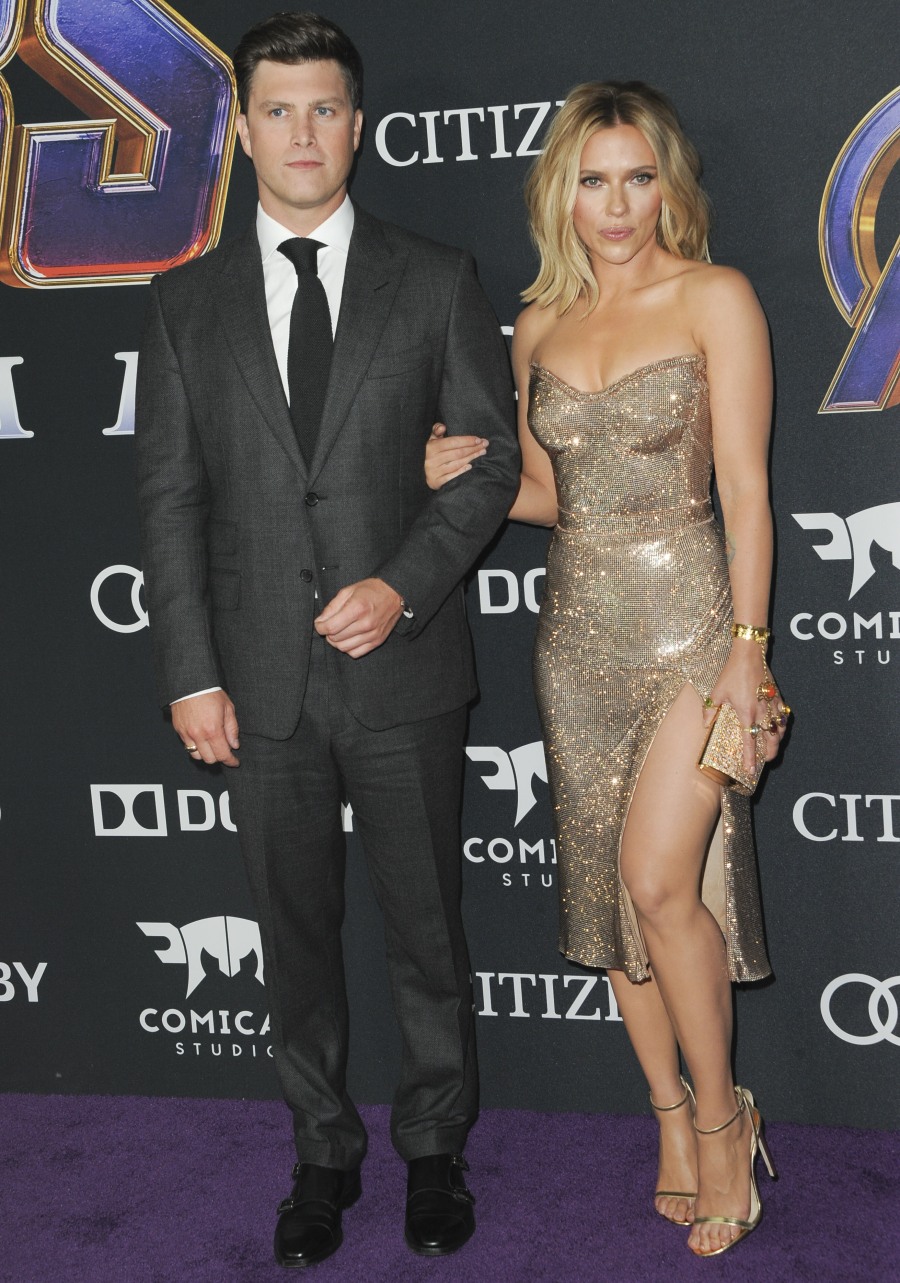 Scarlett Johansson is 34 years old and about to get married for the third time. And it’s fine – as I’ve said before, I expect that of her. Twenty years from now, she’ll probably have three more marriages under her belt. It’s one of the things I legitimately like about Scarlett: she goes through phases where she’s obsessed with some weird dude, she’ll sometimes marry them, and then after a year or two, it’s on to the next phase/dude. She did “marry a weird sockless French dude” and that blew up in her face. Now she’s in the “marry an SNL bro” phase. By 2021, this phase will be over. But for now, we just have to enjoy it, and enjoy the many gushing stories about Colin Jost’s “romantic” proposal:

Looks like Colin Jost has a few tricks up his sleeve. Scarlett Johansson and the Saturday Night Live funnyman recently got engaged, and the actress told Ellen DeGeneres that Jost “killed it” when proposing with “a whole James Bond situation.”

“It was surprising, he’s got a lot behind that news desk he’s hiding,” Johansson said, referring to Jost’s job as Weekend Update host. “He’s very charming and very thoughtful and romantic. But yeah, I was surprised. Even if you kind of imagine what that moment’s gonna be like, it’s still beautiful moment.”

Johannson, 34, and Jost, 37, became engaged in May after two years of dating. The Avengers: Endgame star debuted her 11-carat engagement ring in July while taking the stage at San Diego Comic-Con for her upcoming Black Widow prequel film. “It was very personal. It was a special moment,” Johansson added of the proposal. “I think, more than anything, when someone tells you they want to spend their life with you, that’s a lovely, special thing.”

“He’s got a lot behind that news desk he’s hiding…” Does he though? I’m really asking. Jost has the reputation as a smart guy, but he also has a reputation as a total bro who veers towards sexism. I wouldn’t think he’s capable of planning some James Bond-esque proposal, nor would I have thought that ScarJo would be into that. But, as I said, it’s just a phase. Also: the proposal must have been amazing for Scarlett to say yes to this fugtastic engagement ring. 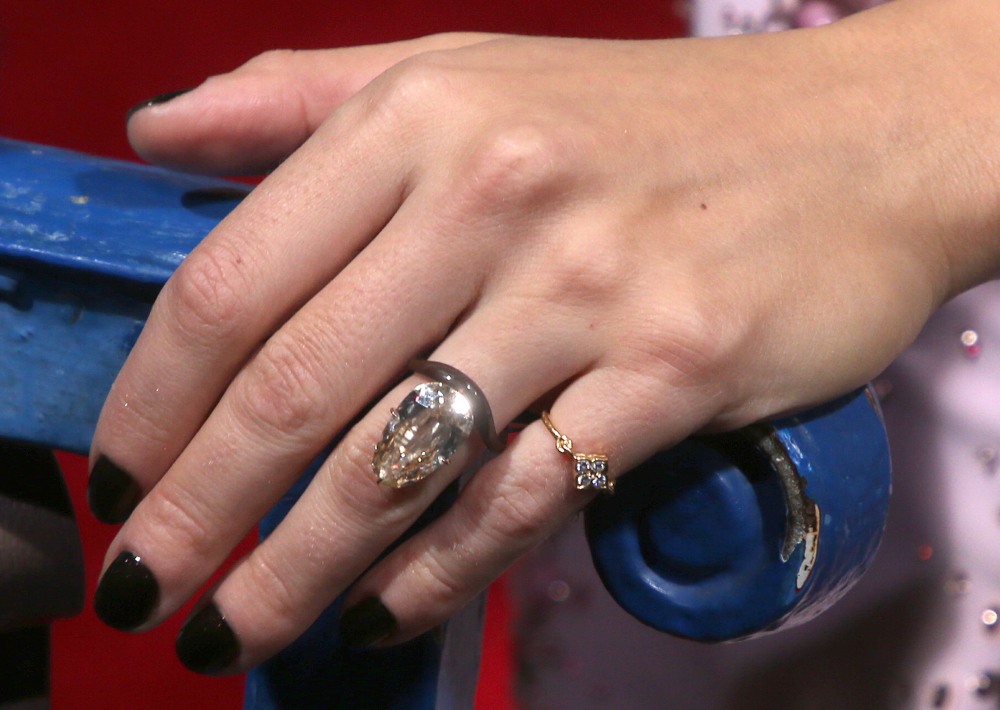 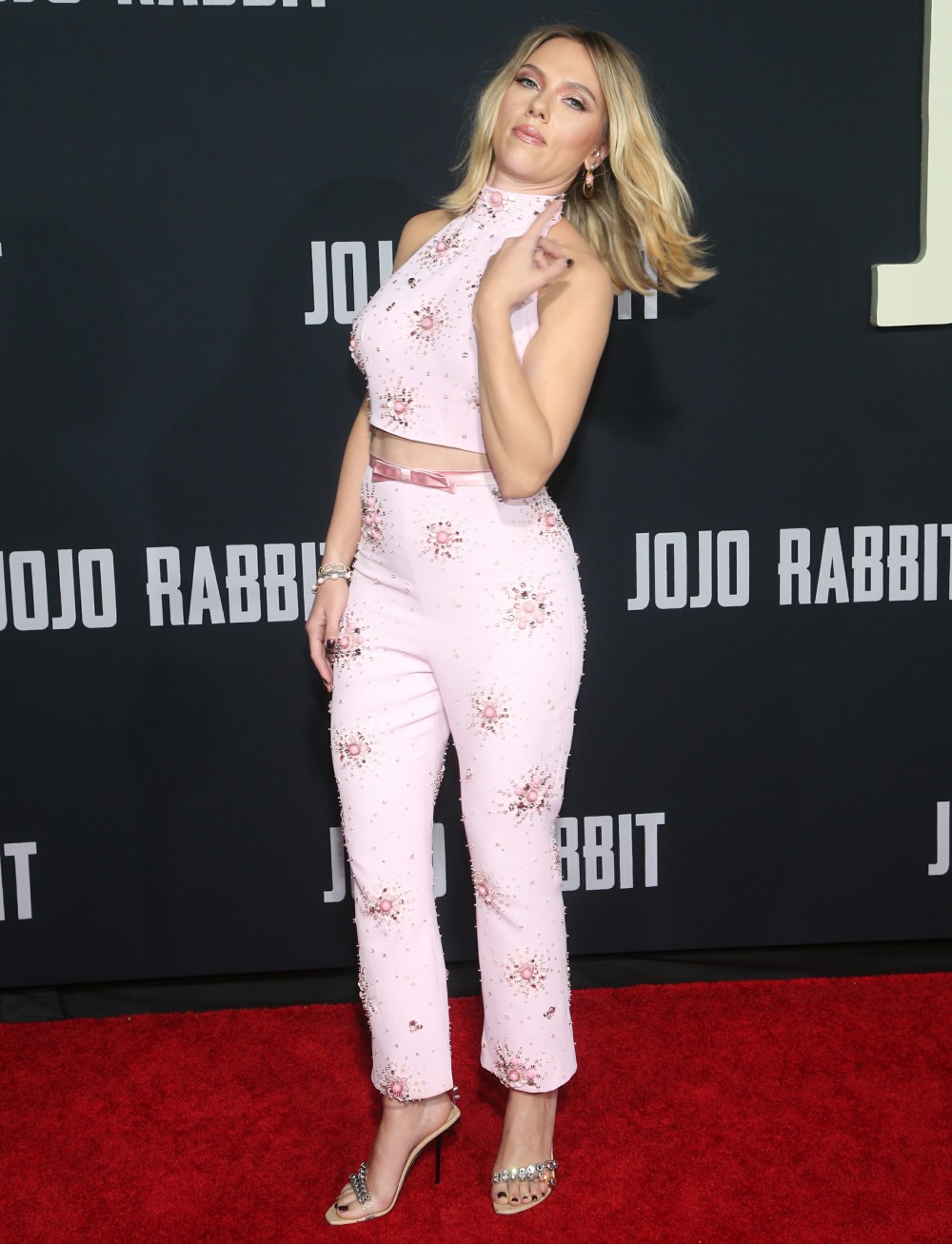