Why did Helen Mirren have to flex so hard at the ‘Catherine the Great’ premiere? 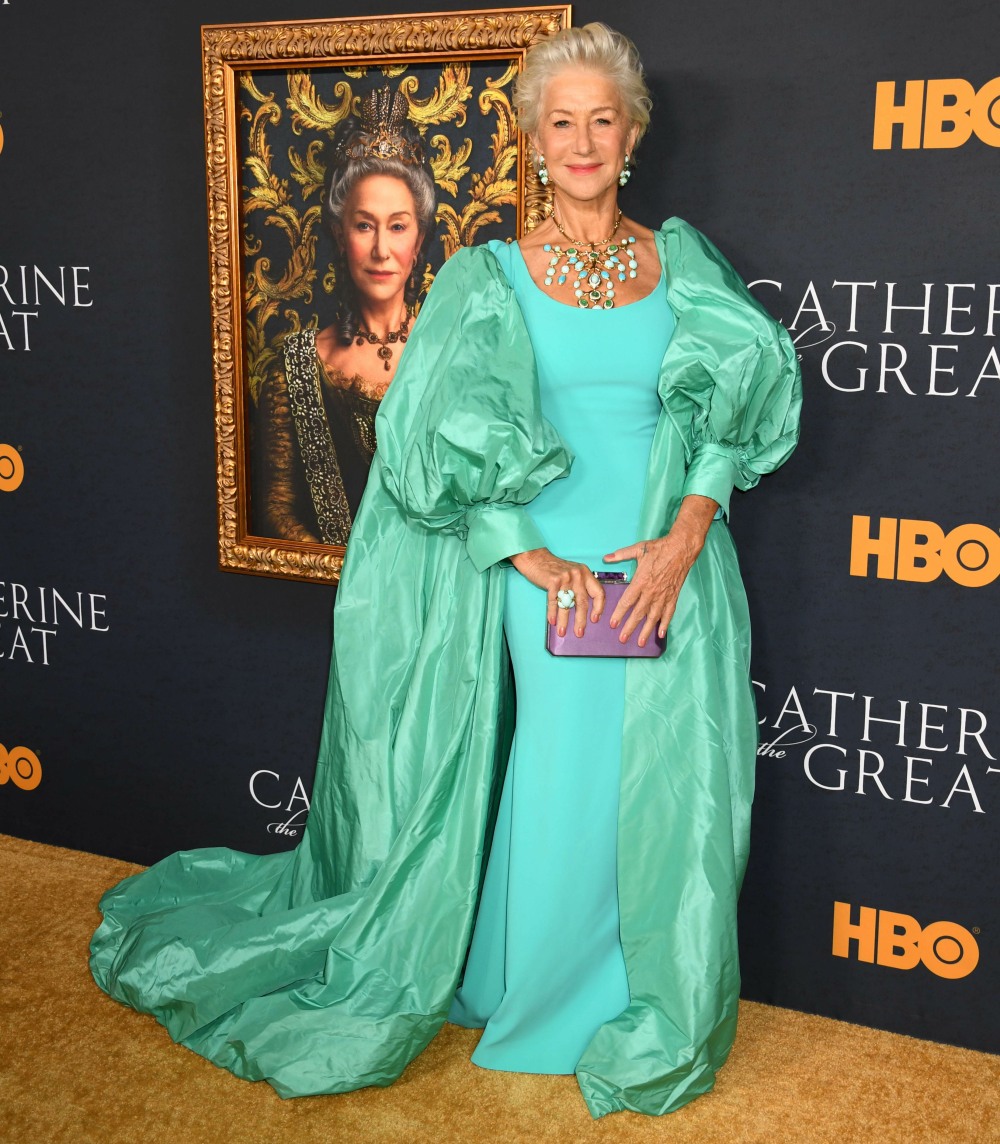 Damn it, why DOES Helen Mirren have to flex so hard? Dame Helen attended the LA premiere event for her HBO miniseries Catherine the Great last night. Much like the London premiere, Dame Helen told her stylist that she wanted to look, and I’m quoting, “regal as f–k.” Or maybe she said “like a motherf–king empress” or “like the bitch who rules the world.” Helen wore this absolutely gorgeous Badgley Mischka Couture in this gorgeous Russian-art-specific hue. She then flexed even harder with the jewelry, hair and makeup. Empress of All.

Meanwhile, I bet you $10 that Dame Helen is going to be up for tons of awards next year for both Catherine the Great (on the TV side) and The Good Liar, the film which is coming out soon, where Ian McKellan is a con artist trying to worm his way into the life and finances of a rich widow (played by Mirren). Mirren just spoke to EW about the movie. Some highlights:

Why she wanted to do the movie: “It’s a very interesting script, a wonderful, twisty thriller that I thought would be fun to do. It’s nice to do a film about old people that’s not about Alzheimer’s or cancer, if you know what I mean.”

The appeal of con-artist movies: “Because we can all be taken in, as so many of us are so often. Nowadays obviously, with internet scams and fake news, almost everybody who has internet access is the victim of one scam or another. With the development of technology, it’s becoming more and more terrifying how we can have the wool pulled over our eyes.

Whether an actor is a better liar than non-actors: “So many times you see guys on television sobbing and saying, “Please bring my wife back to me, I just want to know she’s all right,” when they know they murdered her a week ago. And yet they are utterly convincing, and they are not actors. They’re not Sir Ian McKellen. [Laughs] Actors, on the contrary, I think would find it very difficult to do that. In the process of acting, actors are always trying to find the truth.

She hates the term “anti-aging.” “I think it’s terrible, the idea that we all have to look the same way. I find it very depressing, the thought of millions of girls wanting to have exactly the same lips as somebody else. So I think it’s important to promote diversity in looks and shapes and sizes and all the rest of it, and stop excluding people. I think that’s happening, incidentally, and I really applaud it.

She also says nice stuff about Ian McKellen, and they’ve known each other for a million years. I’m really looking forward to this movie – I think Helen’s playing a con artist too, don’t you? 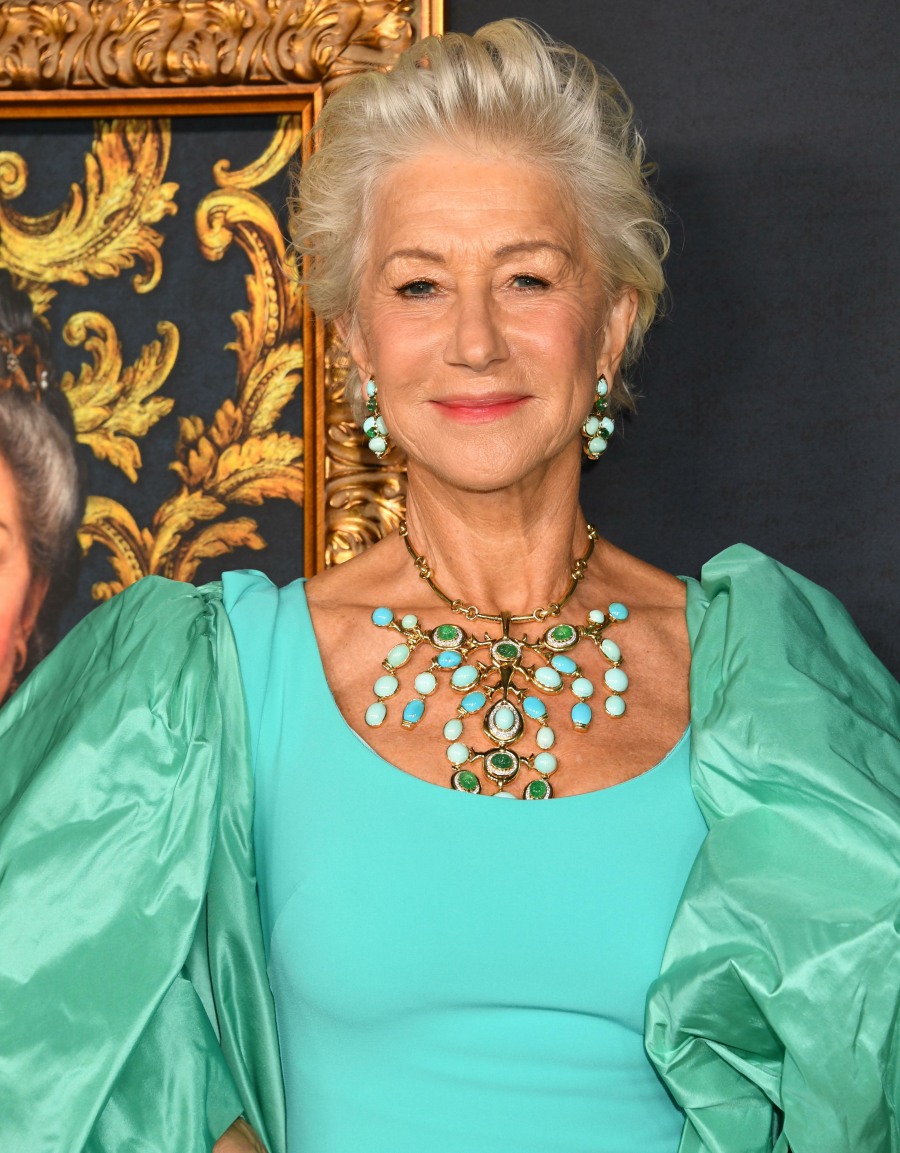 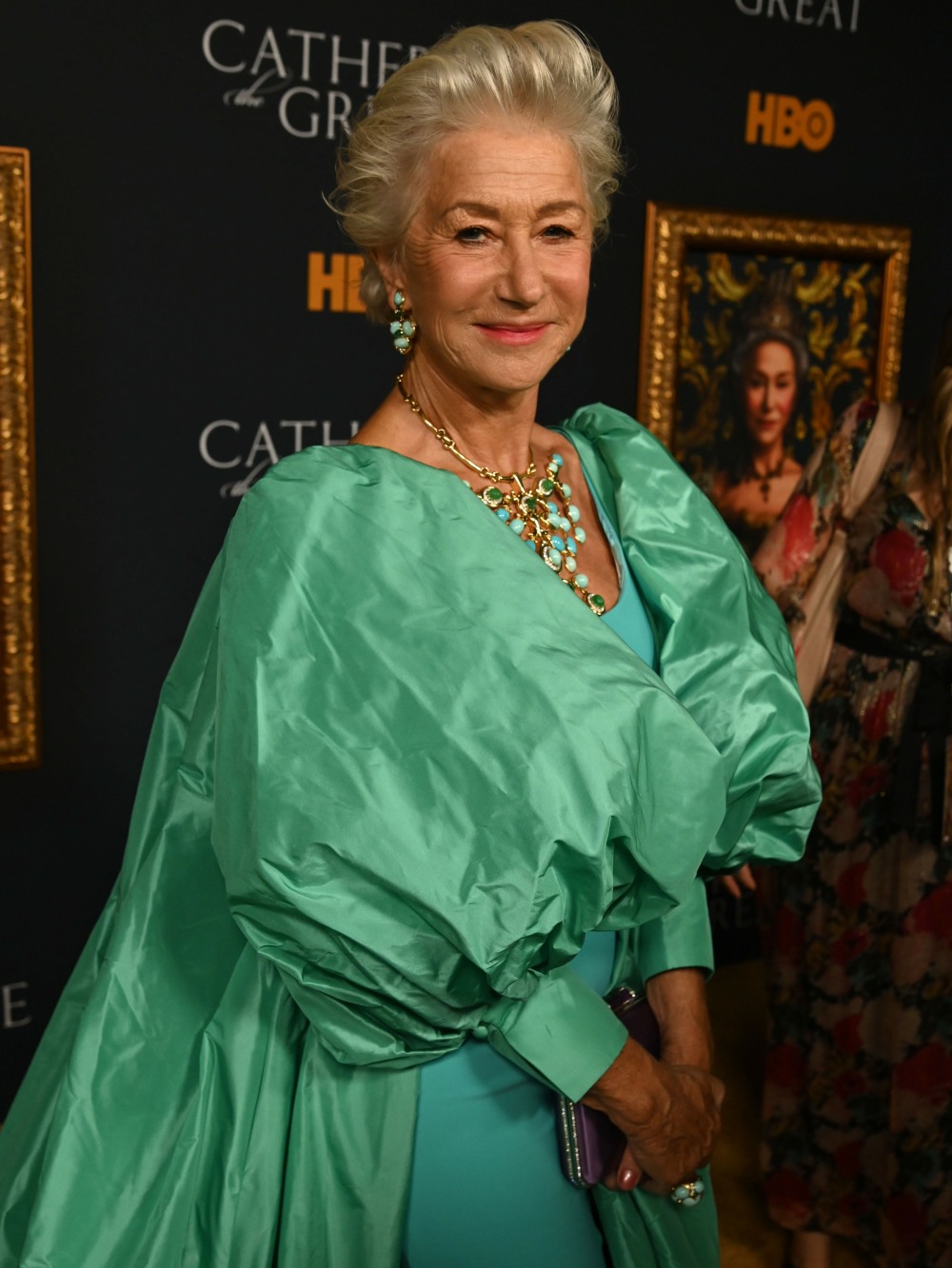 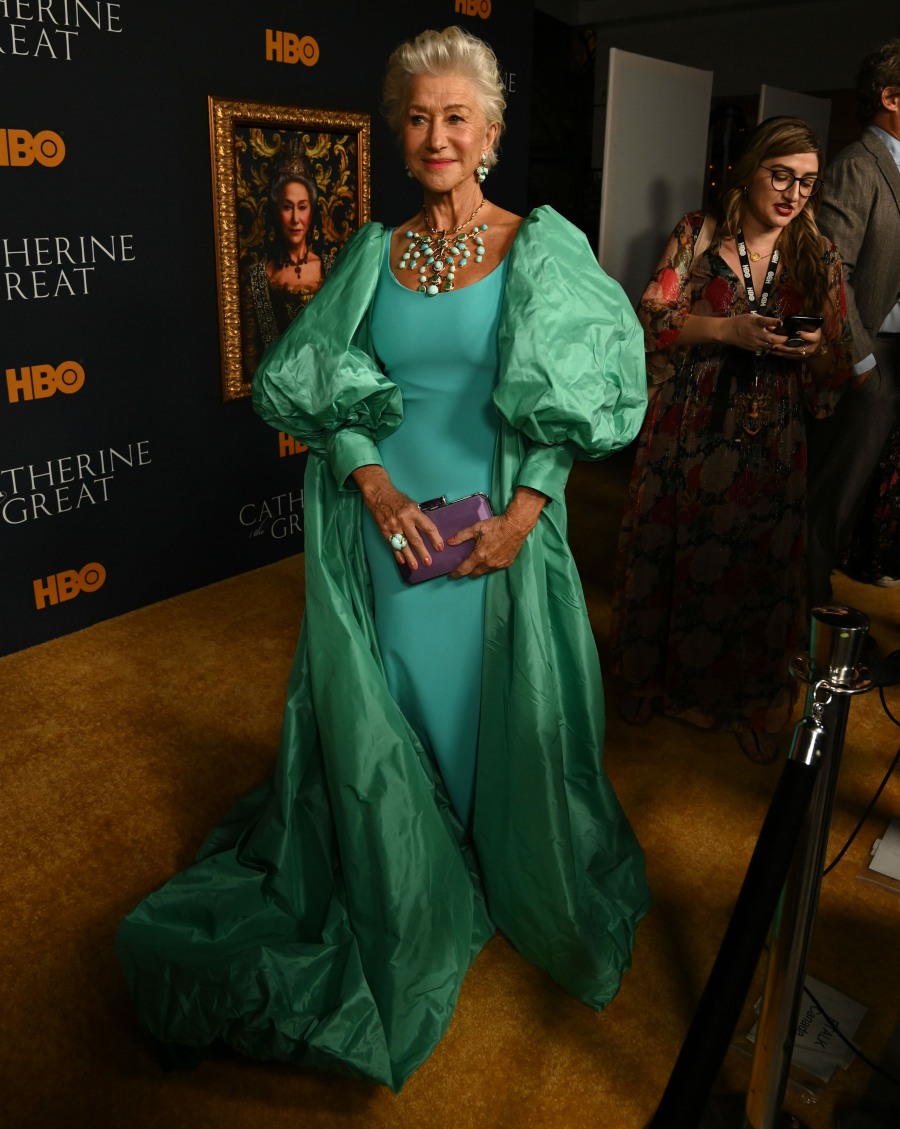 45 Responses to “Why did Helen Mirren have to flex so hard at the ‘Catherine the Great’ premiere?”