a love without limits ✨

One of the stories I missed last week was this dumb Kylie Jenner thing. I enjoy a fun meme as much as the next person, but people were really going crazy over Kylie singing “Rise and shine” to her daughter Stormi. Like, it wasn’t just a social media meme – people were legitimately doing “remixes” and even Miley Cyrus “covered” it.

I mean? It’s just kind of a funny mom thing. The clip is actually from a cool video on Kylie’s YouTube channel where she gives a tour of her Kylie Cosmetics office. She’s been posting new videos about once a week, and I actually wanted to talk about the latest one, where Kylie talks about her own makeup routine nowadays – she says she’s got it down to 10 minutes – and then she talks about how Stormi wants to wear makeup. Stormi is 20 months old.

Looks like Kylie Jenner has passed down her love of makeup to daughter Stormi! The Kylie Cosmetics mogul, 22, opened up about her 20-month-old child’s interests in a new YouTube video, which documented how the star’s everyday makeup routine has gotten shorter since becoming a mom.

“Stormi is actually super into makeup right now. It’s amazing,” Jenner remarked, adding that just like her mother, Stormi is all about lipstick. “Every time I’m wearing lipstick she notices. She looks at me and says, ‘lip lip lip.’”

Despite her daughter’s fascination with cosmetics, the Keeping Up with the Kardashians star hasn’t decided when she’ll let her daughter start wearing some. “I haven’t even thought about when I’m gonna let Stormi wear makeup. I don’t know, I’m just going to see. She might even not want to wear makeup. But honestly, how things are going, this girl is obsessed with makeup. She begs me at this point.”

I remember being fascinated by my mom’s makeup as a kid as well, and I think most kids are (especially girls) interested in their moms’ whole routine. Stormi probably does notice when Kylie has on lipstick and all of that. Kim Kardashian says similar stuff about North too, only in North’s case, Kim allows North to “style herself” and wear makeup for magazine shoots, which is – in my opinion – a bridge too far. Stormi is just showing an interest in what surrounds her every day. As Kylie showed in her office tour, Stormi is there at the Kylie Cosmetics office every day, and she’s figuring out that makeup is a big deal in Kylie’s life, so Stormi is curious about it. I don’t know…maybe read to Stormi instead of putting makeup on her though? 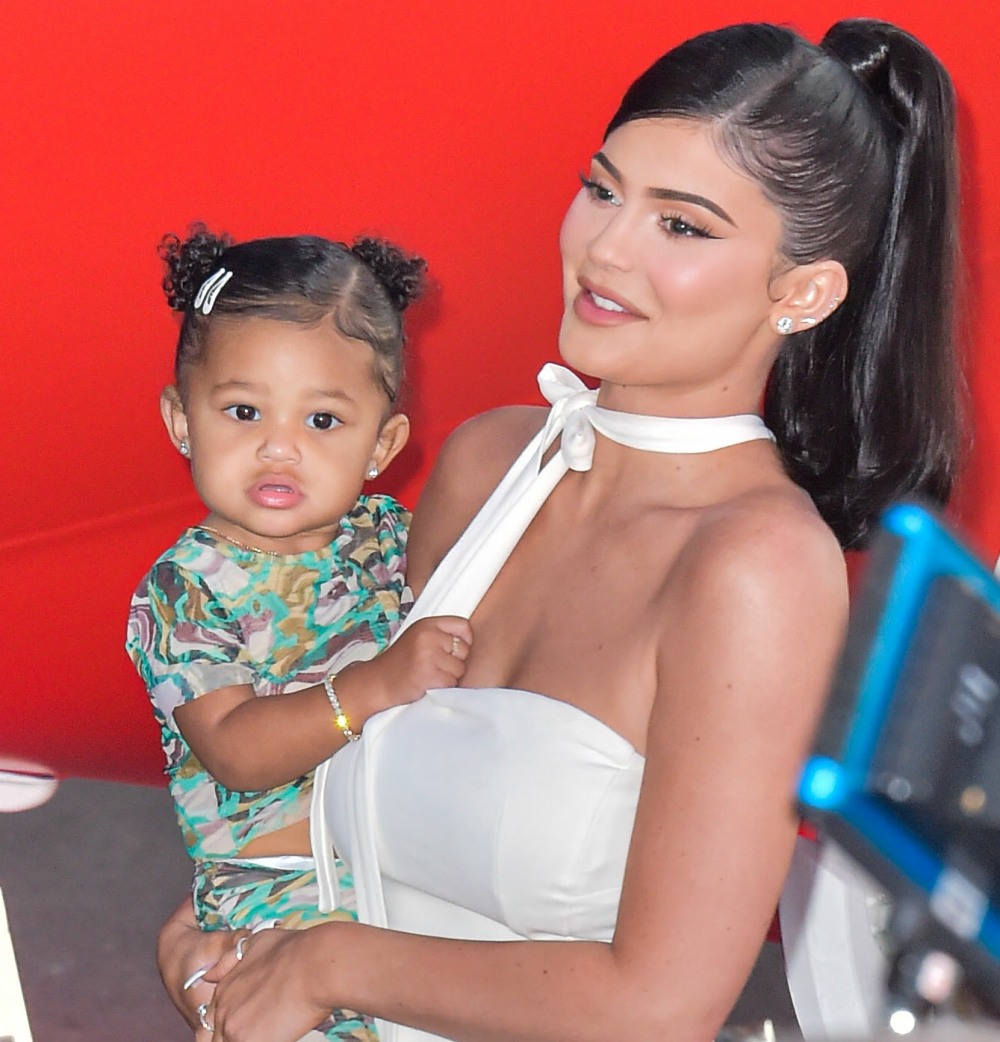