The Duchess of Cambridge wore a new dress and now we have to talk about it, I guess. Apparently, before Prince William and Kate did their royal tour of Pakistan, they welcomed the finalists to the BBC Radio 1 Teen Hero Awards to Kensington Palace. They also welcomed Camila Cabello to the palace alongside the kids. Here’s more about the event:

Radio 1’s Teen Heroes of 2019 visited The Duke and Duchess of Cambridge at Kensington Palace earlier this month, along with chart-topping superstar Camila Cabello and BBC Radio 1 DJs Clara Amfo and Greg James.

Now in its tenth year, @bbcradio1’s Teen Awards is the biggest teen event in the pop music calendar and shines a light on some of the UK’s most inspirational teens, seeing them crowned Teen Heroes of 2019 in front of an audience of 14-17 year-olds.

This is the fourth consecutive year that Radio 1’s Teen Heroes have been honoured with an invitation to the Palace. The ten finalists were greeted by The Duke and Duchess, who praised them for their inspirational work and their dedication to helping others.

I don’t really understand why KP didn’t publicize this at the time, before the Pakistan trip – it’s not like it would have been a security concern to even post these photos the day afterwards, surely. Maybe KP is employing some kind of honest-to-God strategy where they do some work, unpublicized at the time, and then hold on to the information and photos until a smart moment to release them… like, when the Cambridges want to look better than… some other people. I won’t say who.

As for Kate’s new dress… it’s new to us, that’s why it’s notable. Her dress in these photos is LK Bennett, one of her favorite labels, and it’s the silk Gabrielle midi dress, meant to evoke “the spirit of the 1930s.” LOL, Dust Bowl Cosplay. It retails for about $645 (according to Page Six). I mean, it’s pretty and autumnal, a perfect October dress, really. 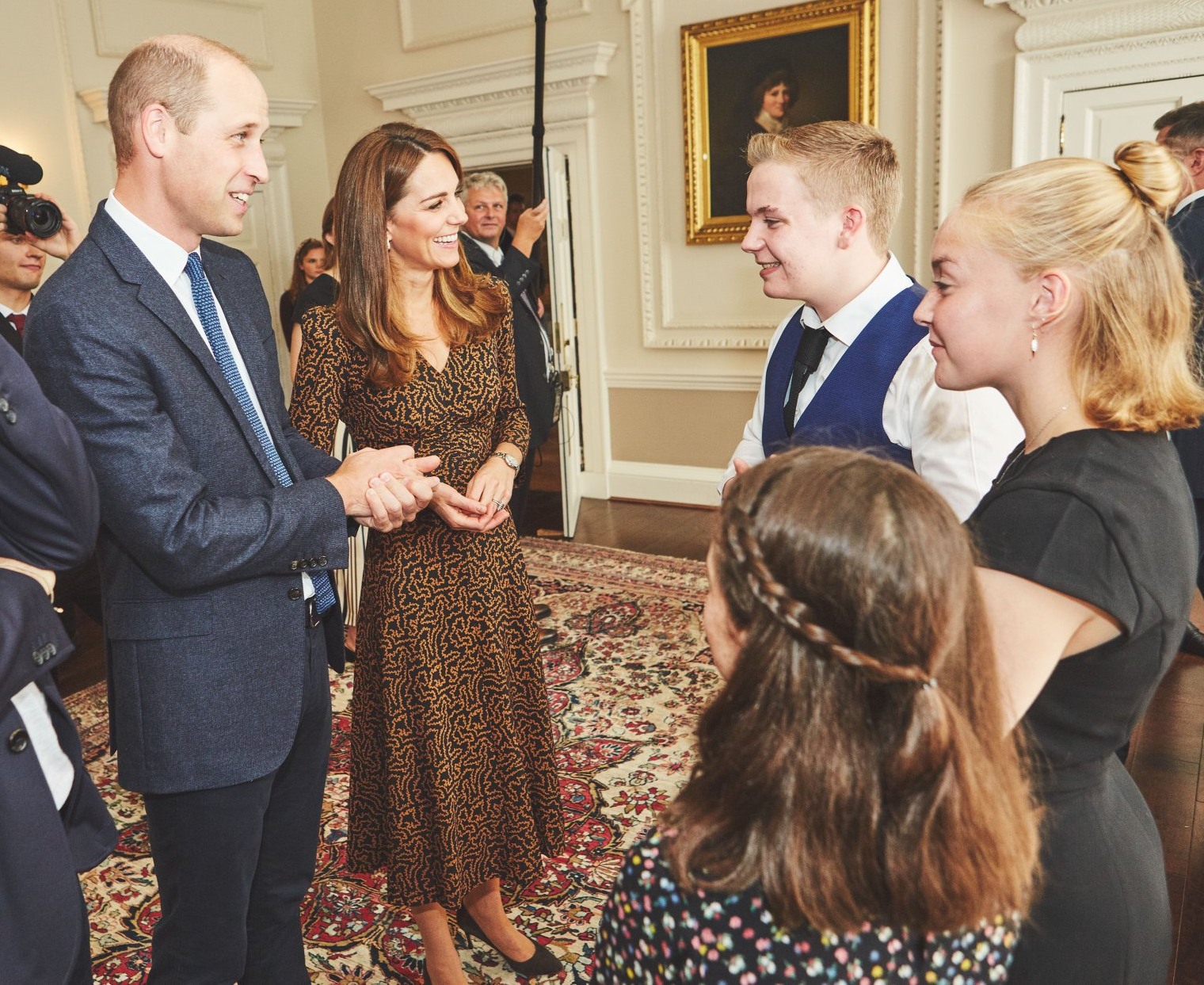