Gwyneth Paltrow: ‘I reserve the right to…have a facelift or whatever at some point’ 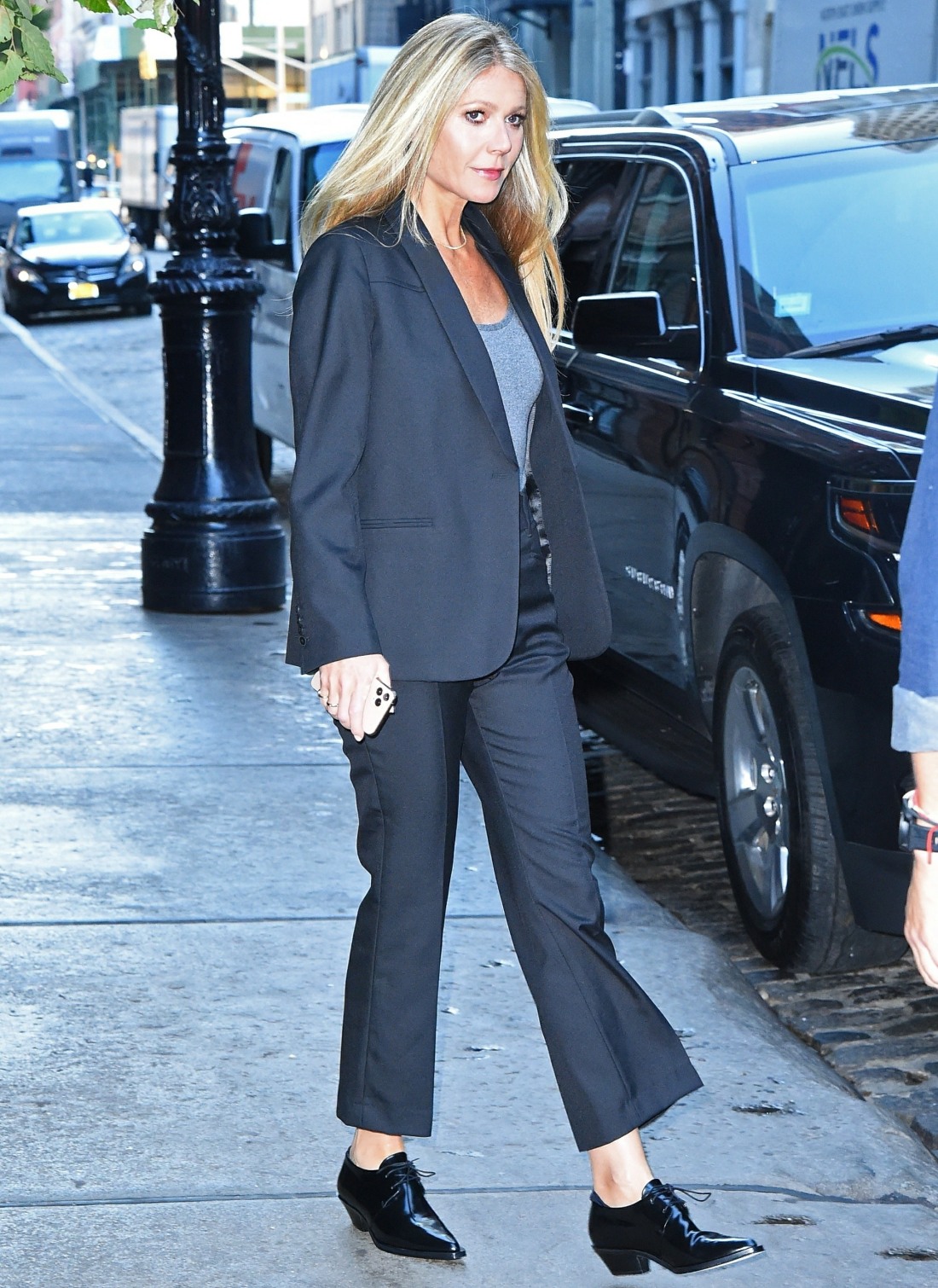 Gwyneth Paltrow took part in Vanity Fair’s New Establishment Summit on Tuesday. VF published quotes from the discussion on Wednesday, and here we are. Gwyneth obviously gets invited to speak at these kinds of things now because of Goop. Goop is a financial success and, I suppose, a “branding success.” If you say something is “Goop,” everyone knows what that means – it means fake-science-y and pandering to rich women. Gwyneth chatted with Jenna Lyons about aging, Goop, and how she profits when everyone hates on her. She also made this aside about her husband Brad Falchuk and why she signed on to do The Politician: “He’s really good in bed.” Ick. Some highlights:

On Botox & plastic surgery: “I mean there’s nothing like high def TV to make you rethink your lack of, you know, Botox… We’re living in a time where there are all these amazing things that are available to women who are aging and I’m just not sure how I feel about it yet. I’ve tried like little things here and there but I haven’t felt comfortable really pursuing it. I reserve the right to do it or have a facelift or whatever at some point; I’m not saying I wouldn’t but I think there is a part of me that feels conflicted on some level about it. Sometimes I see these those gorgeous, old French movie stars and they just are, and it’s just very sensual in a way. It’s extremely empowering to just be yourself and not lose your sensuality and your, your femininity, but we’ll see. I’m not making any promises.”

Gooping since 2008: “I thought obviously I have no authority to do anything like this and no one’s going to take me seriously. I have learned so much. And so much by making such grave mistakes that have cost millions of dollars.” She didn’t elaborate on specific mistakes, but did share that whenever the content on Goop got negative press, it eventually become a boon for the company. “In many cases, it really benefits us because like we rank number one or two in SEO for a number of these topics that are now really super popular. Like, you know, detox and celery juice for example.”

She invented gluten-free diets: “I mean, I wrote a gluten free cookbook like eight years ago and people wrote that Child Services should be called on me because I was starving my children. That was a good one. And you know, now gluten free is mainstream.”

Libra vibes: “I think that you know something about me that that’s gotten me into a lot of trouble in my life and also gotten me to amazing places is like, there’s something inside me—maybe it’s that I’m a Libra—but I was just like have to do this, I have to speak my mind. I have to speak my truth and let the chips fall where they may.”

Her Netflix show, The Goop Lab With Gwyneth Paltrow: Her employees explore “boundary-pushing wellness topics” for a half-hour. “We actually are just building our HR department now. But of course we have people agree and sign waivers like the staffers who went out to the field and try things. It was, it was all done properly.”

How she frames the gluten-free thing is Classic Gwyneth. Once again, I’m here to provide context: originally, she said she was doing the gluten-free thing because her bones were turning to dust and she was basically malnourished, and she went doctor-shopping until someone told her to try to eliminate gluten, and she then forced a gluten-free diet on her kids. That was how she originally told the story, but of course there are other versions now, and of course she now claims to have invented gluten-free diets basically. And if she just up and eliminated gluten and made her kids go on some weird fad diet because SHE went doctor-shopping, than yes, she’s a sh-tty mother.

As for what she says about Botox and plastic surgery… it made me remember, years ago, when Gwyneth looked really Botoxy at the Oscars. Soon after, her old face came back. That makes me think that she really has experimented with fillers and Botox but not anything crazy or long-term. But yeah… I could see her getting a face lift or more significant work, and I appreciate that she’s honest about that.

And here’s her explanation (again) for how she didn’t know about her appearance in Spider-Man: Homecoming.

Gwyneth Paltrow explains how she didn’t realize she was in “Spider-Man Homecoming”: “When you do a Marvel movie, they don’t put the name on anything. It’s not on the script, the scenes are redacted. They think they’re the CIA.” #VFSummit pic.twitter.com/sgyRTWHI7I 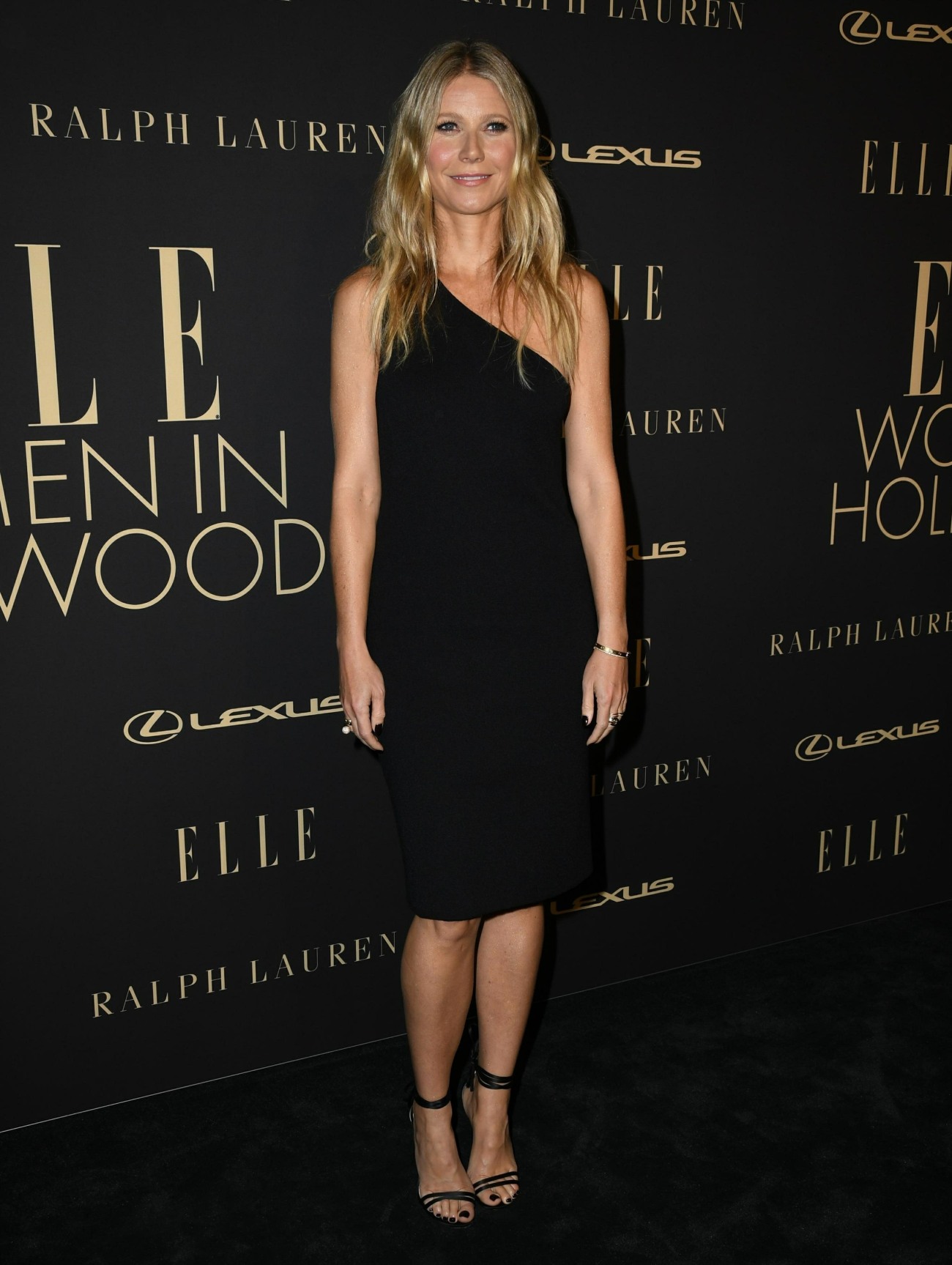 34 Responses to “Gwyneth Paltrow: ‘I reserve the right to…have a facelift or whatever at some point’”