Hailey Baldwin was called a ‘fake Christian’ for celebrating Halloween 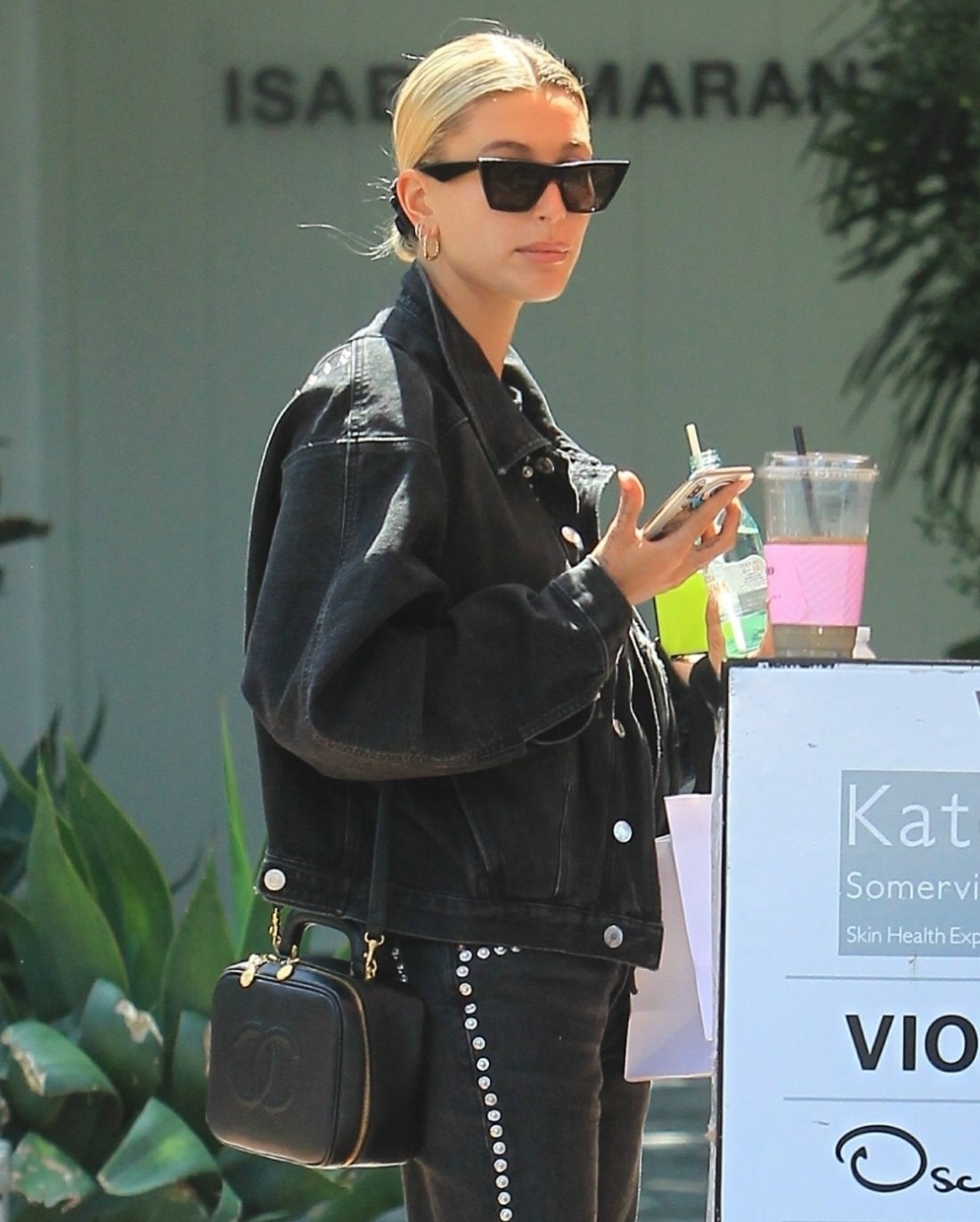 I grew up in a moderately-sized Southern community and I can remember being a little girl and how Halloween was a big, fun deal. Like, there were school-sponsored hay rides and they would turn the school’s gym into a “scare house” and everything was about witches and blood and gore. And then it shifted in my lifetime. The churches got more involved. Suddenly, Halloween wasn’t supposed to be “scary,” and maybe it shouldn’t be celebrated at all. Churches would sponsor other activities – wholesome activities – on Halloween night. And schools were no longer supposed to support scaring children. To this day, there’s a lot of conversation in the Southern Baptist and Evangelical communities as to whether good Christian kids should be allowed to go Full Pagan for Halloween.

Well, Hailey Baldwin isn’t part of that conversation. Hailey belongs to that cult-like Hillsong Church, and one of Hillsong’s pastors wrote a screed about how he celebrates Halloween and Hailey agreed with him. She also defended herself against claims that she’s a “fake Christian” for dressing up for Halloween.

Hailey Baldwin is defending her right to celebrate Halloween. On Wednesday night, the model — who married Justin Bieber (again!) during their second wedding ceremony last month — reposted a message to her Instagram Story written by a fellow Hillsong Church member, New York City-based pastor Nathan Finochio, which justifies the choice to celebrate Halloween as a Christian despite criticism from some who see it as a pagan practice and un-Christian due to the popular glorification of things like witchcraft and the devil. Finochio’s explanation was written in response to a question submitted on Instagram which asked him if Halloween was a “yes or no.”

“I’m a Christian. Do you have any idea what that means historically? It means I redefine everything in culture,” he wrote, as captured in screenshots by BuzzFeed News. “Pagan Feast of Winter Solstice? Oh that’s now JESUS BIRTHDAY. Pagan Feast of Spring Planting? Oh that’s now EASTER WEEKEND. Pagan Celtic Festival involving dressing up and warding off evil spirits? Oh now it’s All Saints Day and we celebrate the VICTORIOUS CHURCH THAT HAS OVERCOME THE BLOOD OF THE LAMB!!! CANDY PLEASE!!!”

“I’m not afraid of the world,” he continued. “I’m not afraid of any devil or demon or incantation. They are terrified of me. Halloween is now MY HOLIDAY and I am claiming all candy for the glory of God and the celebration of the Saints. What now? I’ll dress up however I like! My favorite characters, pop culture stuff, whatever. It’s my party and you’re invited. I’m alive today and a Saint tomorrow. Give me candy.”

When Baldwin, 22, reposted the message to her story, she tagged Finochio’s account and added the words, “YASSS.”

Last week, Baldwin — who grew up as an evangelical Christian — was met with some backlash after asking her followers for Halloween costume ideas on an Instagram Q&A posted to her story. Multiple outlets, including BuzzFeed News and Fox News, report that when one follower asked her, “Aren’t u a Christian?” Baldwin responded by simply writing, “Yes. I still dress up for Halloween.” When another called her a “FAKE CHRISTIAN,” Baldwin responded by writing “our kids are gonna celebrate too” in reference to her and Bieber’s future children.

That pastor sounds like a nutjob, but the essence of what he says is true, and I never really understood why other church folks don’t see it the same way – the religious holidays they celebrate are all based on pagan holidays anyway, and those holidays are what you make them. Anyway, I plan on celebrating Halloween as I always do: by turning off my lights and watching a movie. I used to get candy for the neighborhood kids but they aren’t allowed to trick-or-treat anymore. They’re too busy at church. 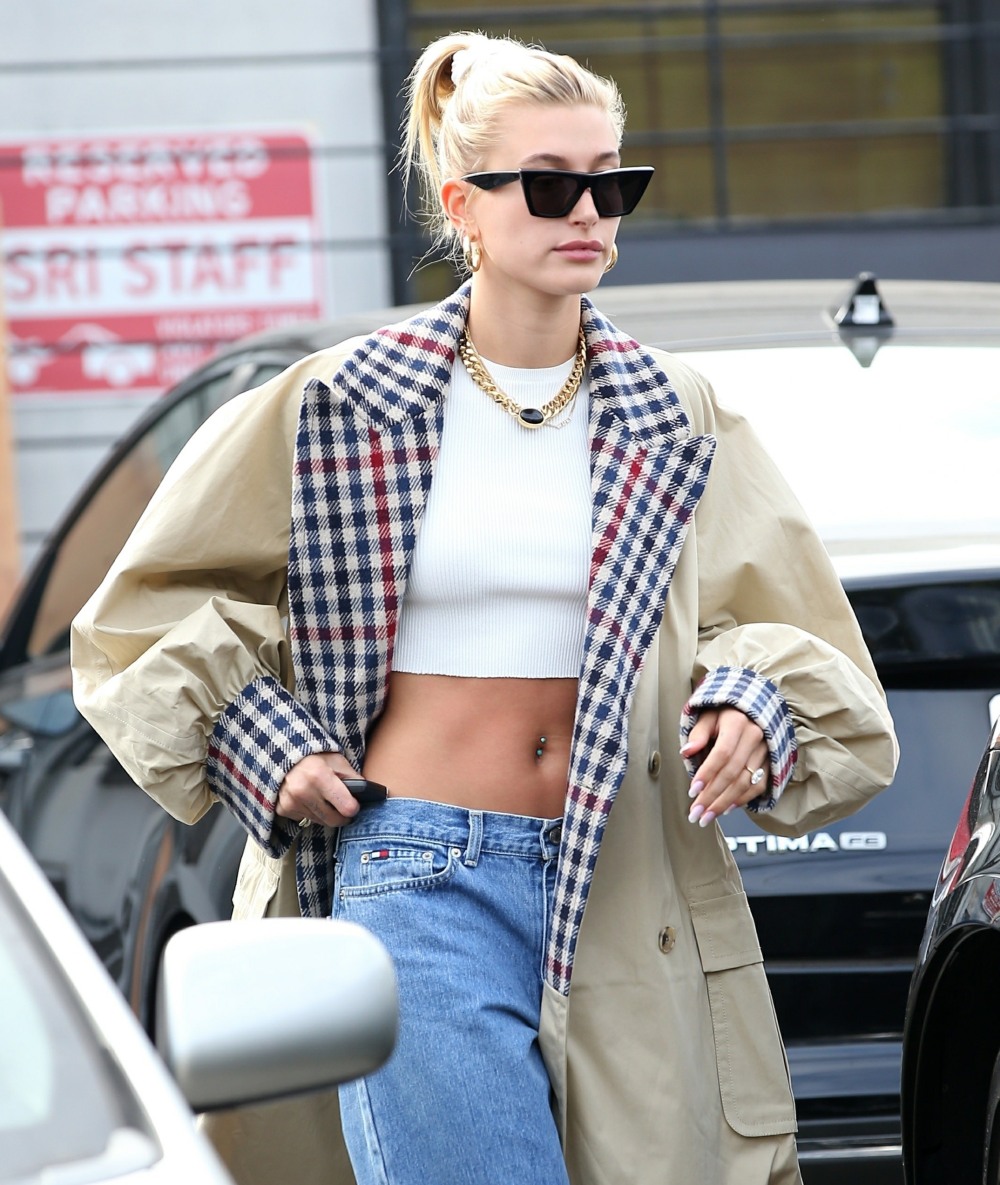