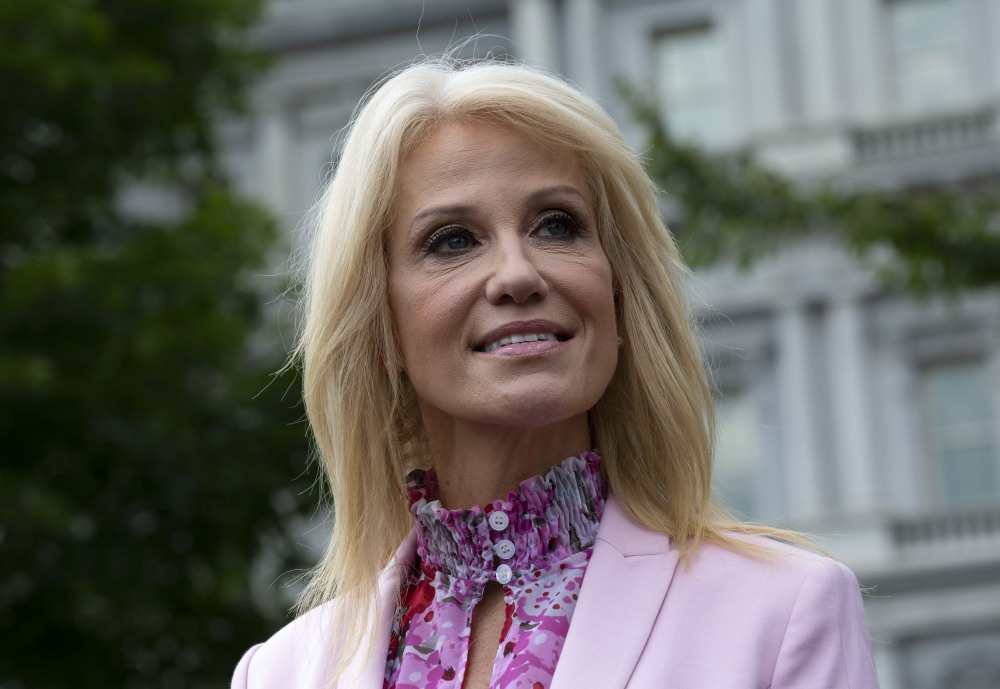 Kellyanne Conway is a See-You-Next-Tuesday. I don’t feel anti-woman or anti-feminist for saying that. I would and could say a lot worse, and I would do it to her f–king face too. Kellyanne has been sitting in the White House this whole time, being protected by Secret Service and doing nothing but gossip to reporters and smack-talk people within the White House. Her husband, George Conway, is constantly ripping Donald Trump in tweets and in newspaper columns too. It sounds like they have a terrible marriage.

Anyway, there’s a rumor going around that Mick Mulvaney is no longer in the emperor’s favor as White House chief-of-staff, and that Trump is thinking about making Kellyanne Conway the new chief of staff. Obviously, reporters have been trying to land interviews with Conway for the past few days. One of those reporters was Caitlin Yilek at the Washington Examiner. Yilek contacted Conway’s White House office, and spoke to Tom Joannou, Conway’s assistant. Joannou was about to speak to Yilek off-the-record (per a verbal agreement) when Conway bum-rushed the phone interview just to bitch out Yilek. That… was not off-the-record. And Yilek actually recorded the whole f–king thing. So the Examiner published the recording and a transcript of the bonkers call. You can read Yilek’s piece about it here. The relevant portion:

Kellyanne Conway, 52, was furious that her husband George Conway, 56, who has attracted considerable media coverage by publicly feuding with Trump, was mentioned in the story. She took issue with a line in the story that she had “been in the middle of Trump’s barbs with her husband, George, a conservative lawyer who frequently makes headlines for his criticism of the president.”

She said: “So I just am wondering why in God’s earth you would need to mention anything about George Conway’s tweets in an article that talks about me as possibly being chief of staff. Other than it looks to me like there’s no original reporting here, you just read Twitter and other people’s stuff, which I guess is why you don’t pick up the phone when people call from the White House because, if it’s not on Twitter or it’s not on cable TV, it’s not real.”

When this reporter said she had initially not taken the call because it appeared to be from Egypt and that the mention of George Conway was “relevant context,” Conway asked: “Do you talk about other people’s spouses in your pieces, ’cause I’ve been looking around, I haven’t learned a single thing from any of your pieces, and I’m just wondering if you routinely talk about peoples spouses.” She said sarcastically that “you’re really going places,” that “nobody read your story,” and wondered if this reporter had “some psychology degree.”

After an offer to speak with an editor, Conway, who is notorious for berating journalists, told this reporter, 29: “Let me tell you something, from a powerful woman. Don’t pull the crap where you’re trying to undercut another woman based on who she’s married to. He gets his power through me, if you haven’t noticed. Not the other way around. And if these are the quote standards unquote at the Washington Examiner, then yes I’d be happy to talk to your editor. But I’ve known your editor since before you were born.”

This reporter repeatedly suggested Conway speak to her editors, naming the breaking news editor and the managing editor, who are both men. Conway mockingly referred to this reporter’s relationship with her editors as having “to rely on the men in your life.”

… Before ending the call, Conway threatened that the White House would delve into the personal lives of reporters if they wrote about her husband. “Listen, if you’re going to cover my personal life, then we’re welcome to do the same around here,” she said. “If it has nothing to do with my job, which it doesn’t, that’s obvious, then we’re either going to expect you to cover everybody’s personal life or we’re going to start covering them over here.”

[From The Washington Examiner]

The audio is below – if I had been in that position, with Conway berating me over the phone, I would have 100% lost my cool and/or I would have laughed. I snort-laughed just listening to a few of Conway’s absolutely priceless lines about why in God’s green earth should we even care about what her husband says… when her husband is truly writing Washington Post op-eds calling Trump a racist and a cancer on the presidency. But why is that relevant?!!? Because it is, you f–king dumbass. Anyway… props to this poor journalist for getting this exclusive hissy fit. 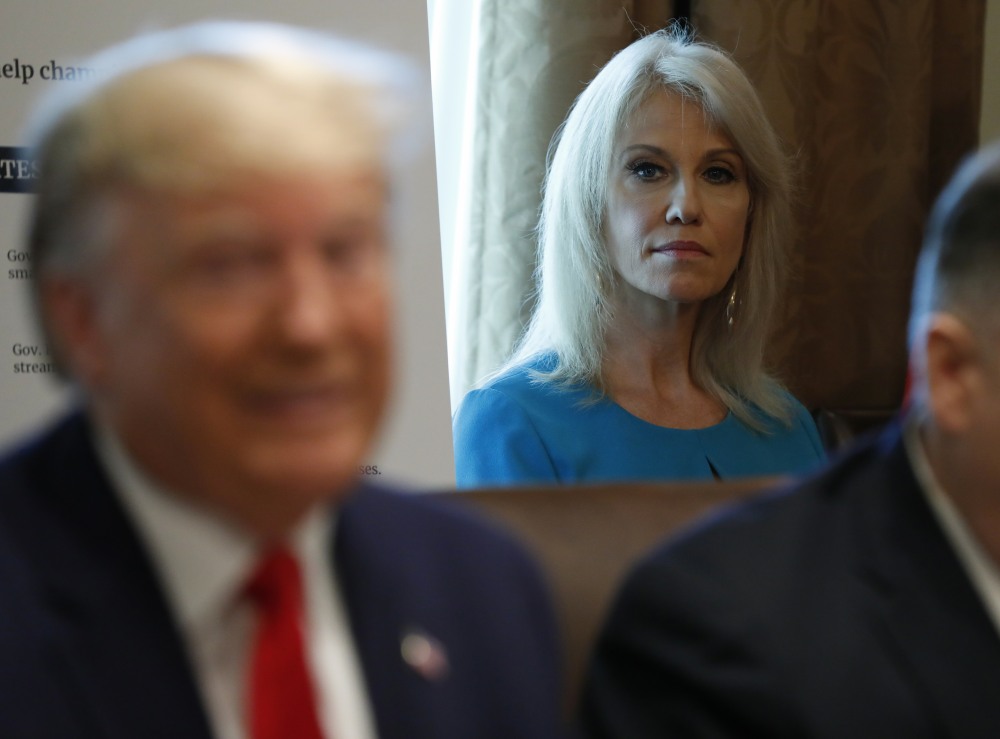 38 Responses to “Kellyanne Conway berated, demeaned & threatened a female journalist on the record”