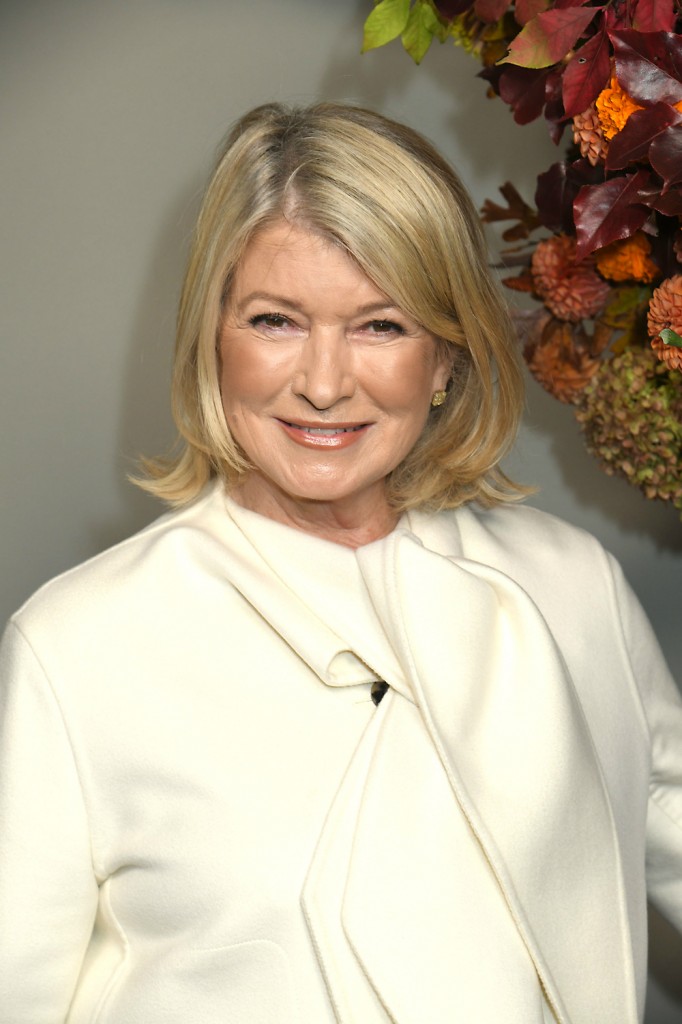 Celebrities going to jail is so rare that when one does, the public dines on it for as long as they can. Many times, their prison time is mentioned any time their name is brought up. Felicity Huffman has just joined the Celebrity Chain Gang and was recently photographed walking the yard in the latest from the Federal Correctional Institution Dublin’s fall line:

Felicity Huffman for New Balance-“no matter where you are New Balance will make you feel free” pic.twitter.com/brpcL6uumt

Of course, Felicity isn’t the only celebrity alive having done time, Martha Stewart went to prison for lying to investigators in 2004. So naturally, when Martha was a panelist at the Vanity Fair’s New Establishment Summit as a businesswoman discussing the future of cooking, the host of her segment decided to bring up her prison sentence and whether she had advice for the newly incarcerated Felicity. But Martha, who doesn’t suffer fools lightly, gave a surprising answer. She suggested that Felicity tidy up her prison apparel as she looks “schlumpy”:

Martha Stewart on Felicity Huffman: “She should style her outfit a little bit more. She looked pretty schlumpy. She made a horrible mistake, and she’s experiencing what happens.” #VFSummit pic.twitter.com/zlQrvKv4gO

Most of the time, Martha tends to keep her responses about her time in prison short and superficial, like this. What’s notable here is that Brian Stelter specifically asked her if she thought Felicity has “learned anything” in prison. In 2017, when Martha finally went on the record about her “horrifying experience” in prison on the Today show, they asked if she felt she had learned anything, and her response was decidedly no.

Asked if she found prison “a growth experience,” Stewart said nothing good emerged from the five months she spent in 2004 at a minimum-security federal prison in West Virginia.

“That you can make lemons out of lemonade? What hurts you makes you stronger? No. None of those adages fit at all. It’s a horrible experience. Nothing is good about it, nothing,” she said.

In that light, this was absolutely the wrong question to ask Martha, especially while she is on stage, as a businesswoman, talking about cooking and media. But I get her response. Martha’s brand is b-tchy grandmother with a batch of cookies so her reply plays into that. But I also think it’s a protective diversion tactic to avoid talking about what she knows Felicity is going through.

Plus, I’m sure there’s a dose of resentment because Martha got five months and Felicity only got two weeks.

Thanks to DListed for the story.

perfect time to recall Martha Stewart's iconic poncho when she was released from prison pic.twitter.com/dCdaP1twy7 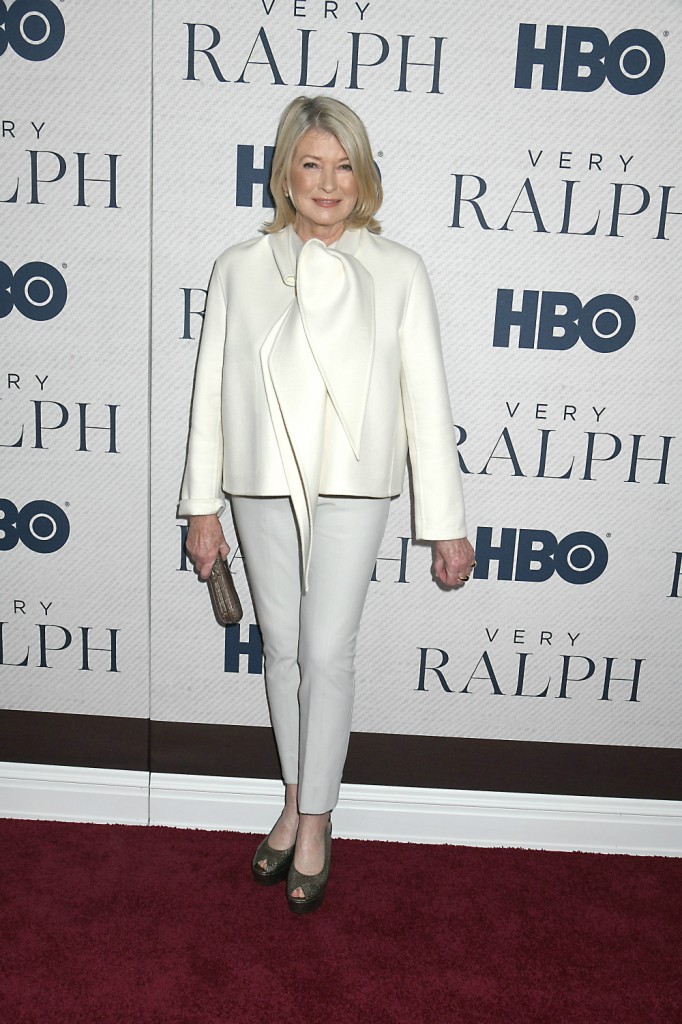 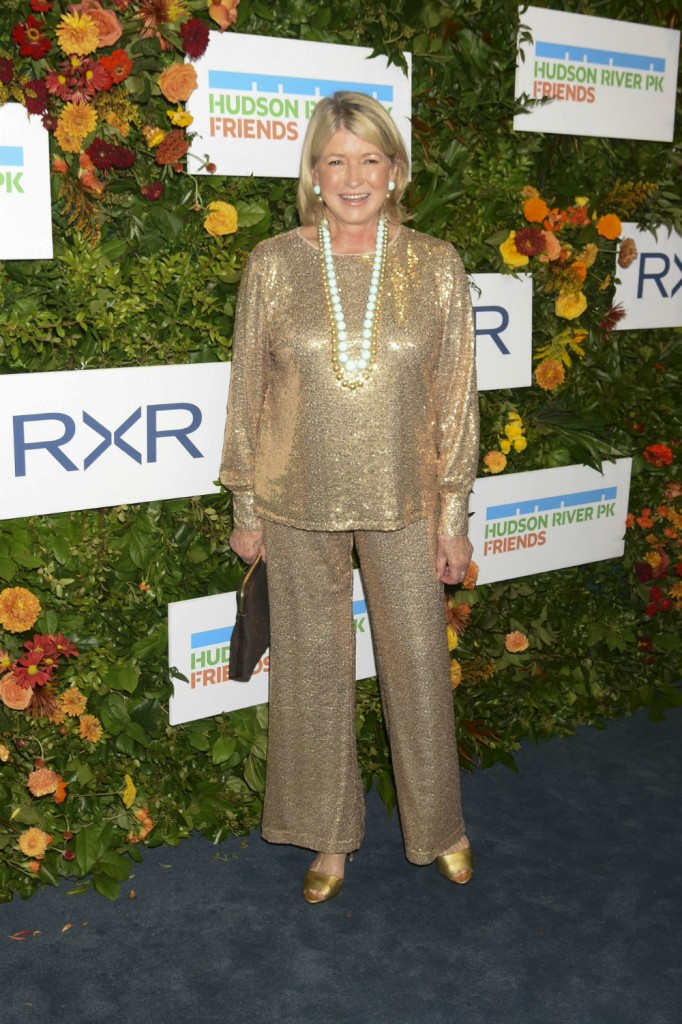 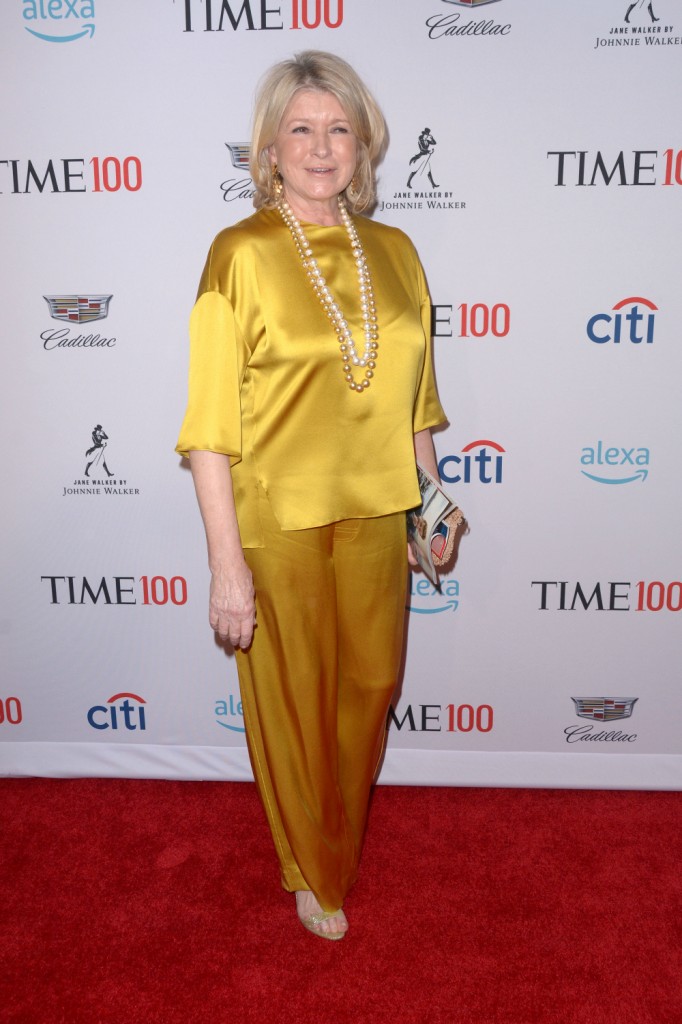