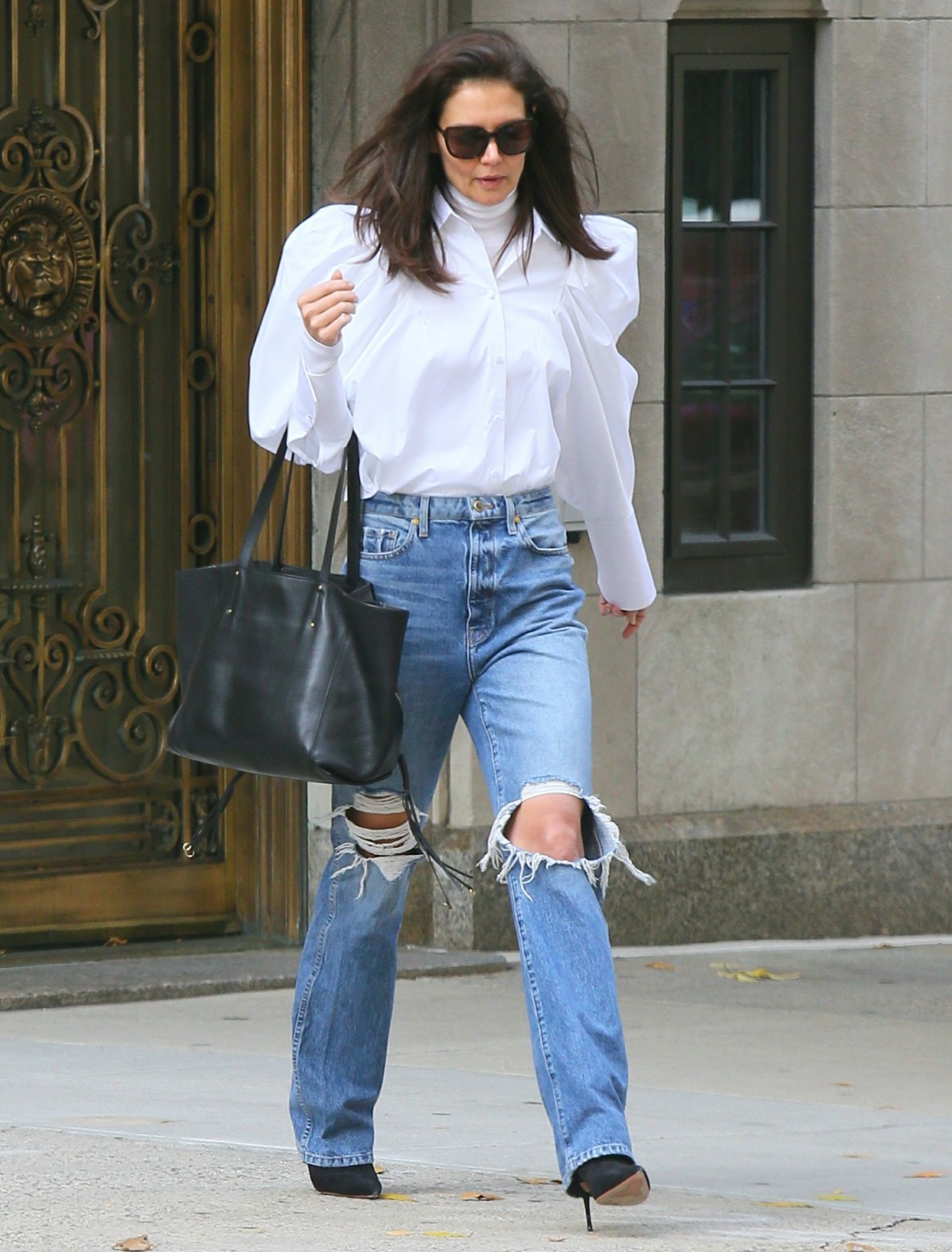 Back in the day, we used to cover Katie Holmes’ street style with more regularity. Trust me when I say that her style was usually noteworthy in a bad way. A lot of people credited her for the rise of the “boyfriend jean” style, and she kept trying and failing to make chunky ankle boots happen about eight years ago, the final years of her marriage to Tom Cruise. Post-Cruise, Katie’s street style has been mostly low-key but not particularly good. She dated Jamie Foxx quietly for years, so it was almost like she was never trying to draw attention to herself or her relationship.

But now Katie and Jamie are over and so for the past few months, there’s been a flurry of “street style” pics of Katie going about her single-girl business in New York. In September, she wore a cashmere bra-and-cardi set which made headlines and promptly sold out immediately. And now this – Katie out and about in New York yesterday, wearing what will probably be the latest fashion trend. Ripped jeans with a puffy-sleeved white blouse. With a turtleneck underneath? Is this THE LOOK?

Fashion IDs on this ensemble: the jeans and blouse are both from Khaite, which is apparently one of Katie’s favorite labels, and she’s worn jeans from them before. I… think this sucks? The jeans are awful and so is the shirt. The t-neck paired with the blouse is stupid. The only thing I like here is the purse. That’s a constant for me with Katie Holmes – I am always into her purses. She has great taste in purses. And terrible taste in everything else. 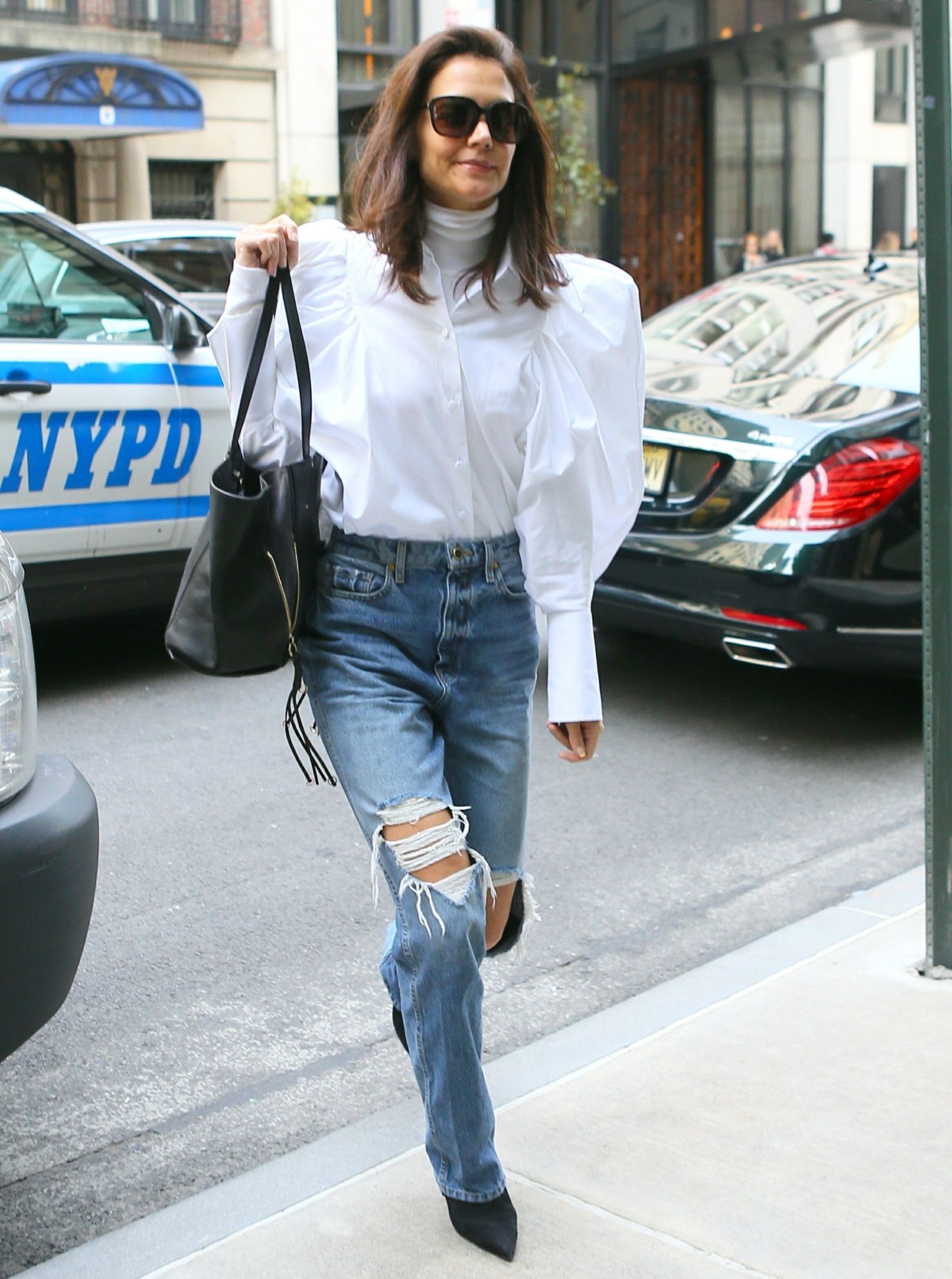