Suzanne Somers, 73, and her 83 yo husband get shots to have sex twice a day 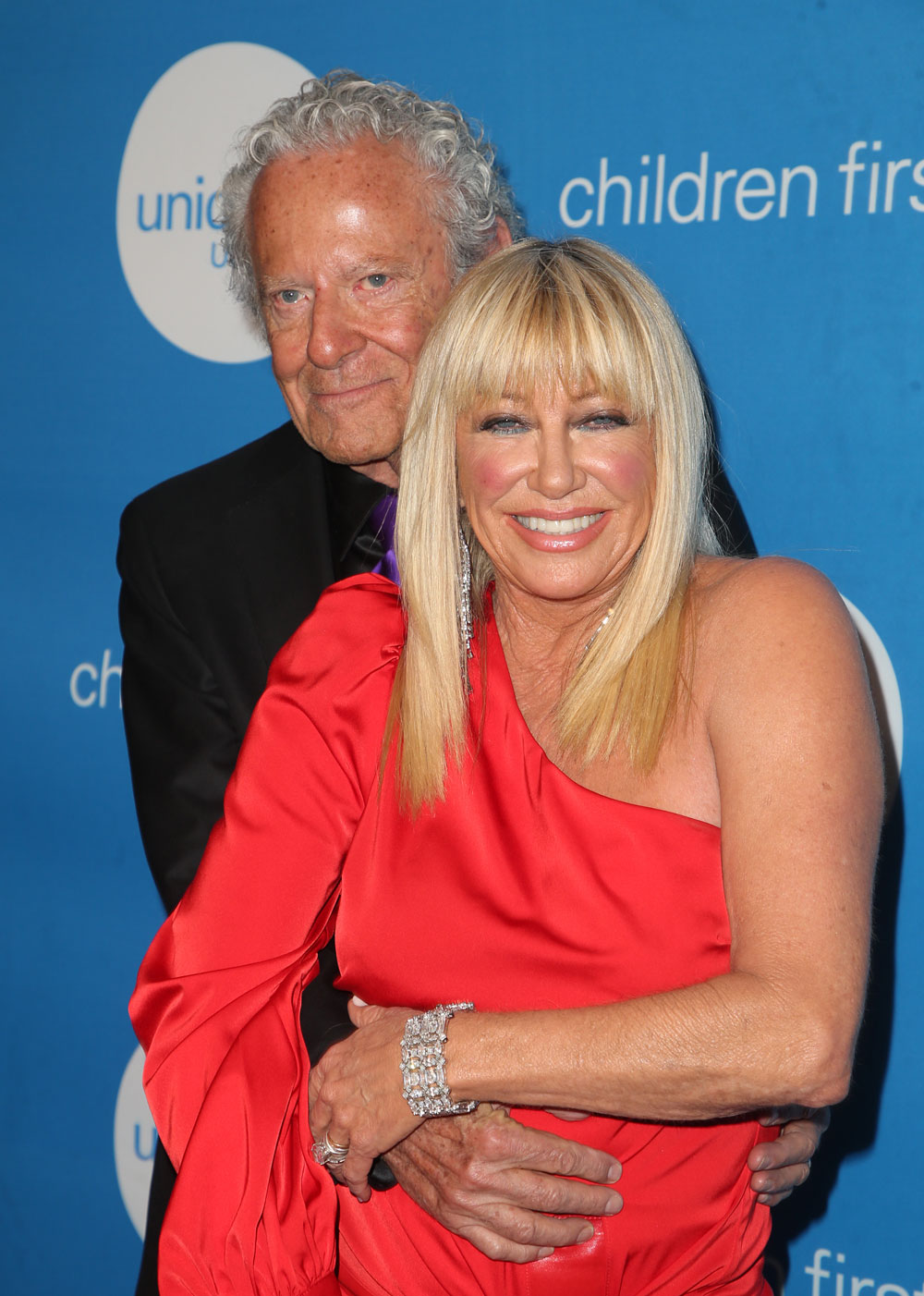 Suzanne Somers is 73 and has been married to her 83-year-old husband, Alan Hamel, for 43 years. The last time we heard anything about Suzanne (we linked it, we didn’t cover it) she was posing in her birthday suit, for her birthday. The photo was taken by her husband. Apparently the spark has not gone out of their marriage at all. Suzanne told The Daily Mail that she and her husband get shots once a week of some peptide and that it puts them in the mood to have sex twice a day. They’re also both on hormone replacements. Ok. Suzanne has multiple health and wellness books out including a new one coming in January.

Suzanne Somers is lifting the lid on her active sex life and the ‘sex shot’ that keeps her and her producer husband Alan Hamel tearing off each other’s clothes twice a day after nearly 43 years of marriage.

For decades, the actress, 73, has hailed bioidentical hormone replacement therapy as her fountain of youth. Now, her love-making sessions with Alan, 83, are getting a boost with shots of PT-141, a melanocortin based peptide used to generate sexual arousal.

‘I’m kind of in that groove, like when you were younger and you’re in the mood all the time, and so is he because he’s on hormone replacements,’ she told DailyMail.com.

Suzanne and Alan take bioidentical hormones, or hormones made from plants, to replace whatever their bodies are lacking, according to their lab work.

The ThighMaster icon added shots of PT-141 to their routine after learning it is a ‘sexual stimulant that works on your brain.’

‘I thought, “Wow, what a great thing.” Because men have had Viagra, but this is actually a shot for both men and women that’s not a drug,’ she explained.

‘It just stimulates that part of your brain that says, “Hey, I’m kind of in the mood.” And, so, isn’t that a wonderful thing? And it’s not a drug, so I love it.’

The Three’s Company star said she and Alan take a shot of PT-141 about once a week, and while many of their contemporaries can barely get out of bed, they’re having sex twice a day.

It doesn’t hurt that Suzanne and Alan have had a magnetic connection since the moment they first met in a television studio 50 years ago.

‘Oh, he’s just so beautiful,’ she gushed. ‘I had sex with him on our very first date just in case there wasn’t a second one. I just wanted to be with him that first time.’

Her fears were unfounded, as they ended up getting married and merging their two families while continuing to have plenty of sex. Suzanne has a son, Bruce, with her first husband Bruce Somers, while Alan has a son, Stephen, and a daughter, Leslie, with his ex-wife Marilyn Hamel…

[From The Daily Mail via Just Jared]

Good for them and it’s nice to hear about an older couple who is still hot for each other after decades. I think when I get to that age I’ll be happy with like twice a week, you know? Also on the occasions I’ve had sex twice a day I’ve gotten sore, I’ll say that. You can do that in the beginning of a relationship but indefinitely and consecutively is too much. It’s like eating dessert all day. It is so good in the moment and I would totally do that if it didn’t make me feel awful afterwards. All that said, where can I get this stuff? Does it really work or does it have more of a placebo effect? *googles* It’s supposed to work! Ok not regretting I covered this.

There’s more in there about Suzanne choosing to continue to take her hormones against her doctor’s advice and to not get chemo for her breast cancer. That was her choice, I just question whether it’s something she should publicize so much. 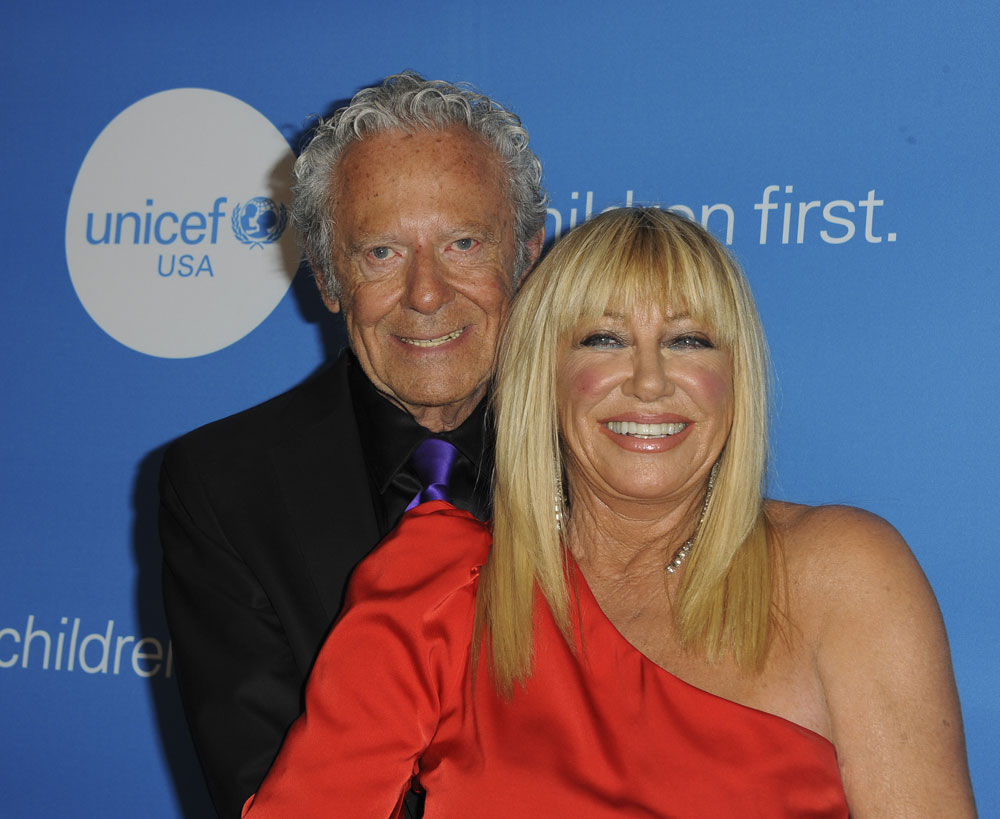 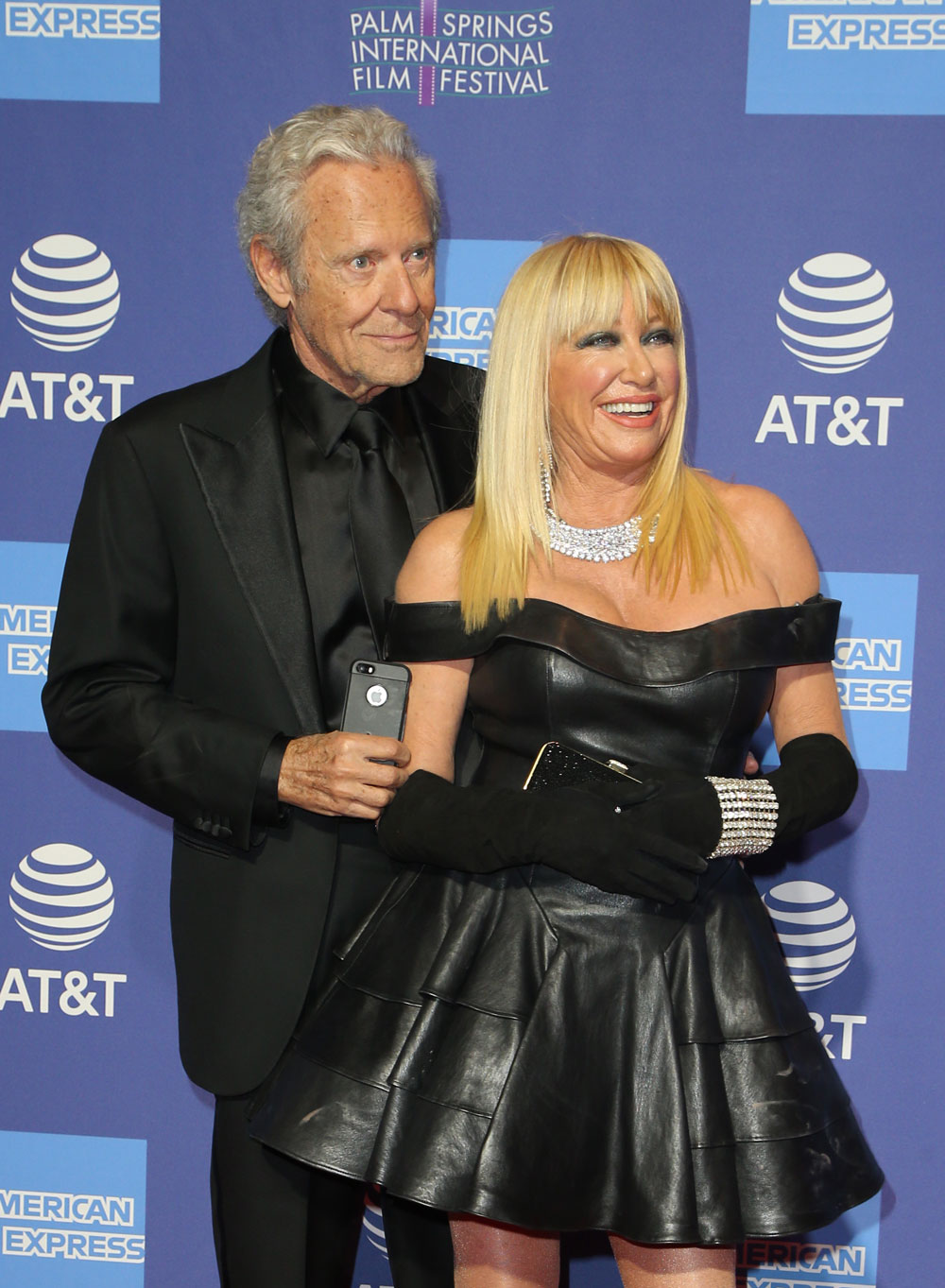