Evangeline Lilly shaved her head and looks like a total badass, right?

A post shared by Evangeline Lilly (@evangelinelillyofficial) on Nov 2, 2019 at 2:08pm PDT


Last year, Joey King said that every woman should shave her head at least once. Joey was all of 19 then and she shaved her head for her role as the real-life Munchausen by proxy victim, Gypsy Rose Blanchard. That was easy enough for her to say as she’s young and beautiful and she had a real motivation to go bald for her job. What about women who just say “screw it” and shave it all off though? Britney is the first one who comes to mind, but there are women who do it just because they want to know what it’s like not to have hair. It looks like Evangeline Lilly just did that! The results of that are at the top of this story, and here’s a series of videos and photos she posted of the process, which she did at home. It looks like she’s trying to promote her series of children’s books, The Squickerwonkers.

#homecut (swipe) Stop or keep going?? (For those of you that follow me on @thesquickerwonkers…you already know. 😉🤙🏼)

A post shared by Evangeline Lilly (@evangelinelillyofficial) on Nov 1, 2019 at 9:31am PDT

There’s a woman in my town with a shaved head who looks amazing like this. You notice her clothing more, because it’s like her baldness highlights everything else about her, and elevates her already great style. My friend who is a breast cancer survivor has a really cute pixie cut, which is from growing her shaved hair back, and sometimes I wonder if I could pull that off. I don’t think I could, I really like my hair! As for Evangeline, she looks gorgeous and she also really promoted her book series with this. It was smart from that perspective. As long as this was something she’s wanted to do for a while, why not?

I hope she’s ok now though because she also posted this Brian Andres quote and painting, which seem like a hint that she’s going through some stuff.

A post shared by Evangeline Lilly (@evangelinelillyofficial) on Nov 3, 2019 at 9:59pm PST 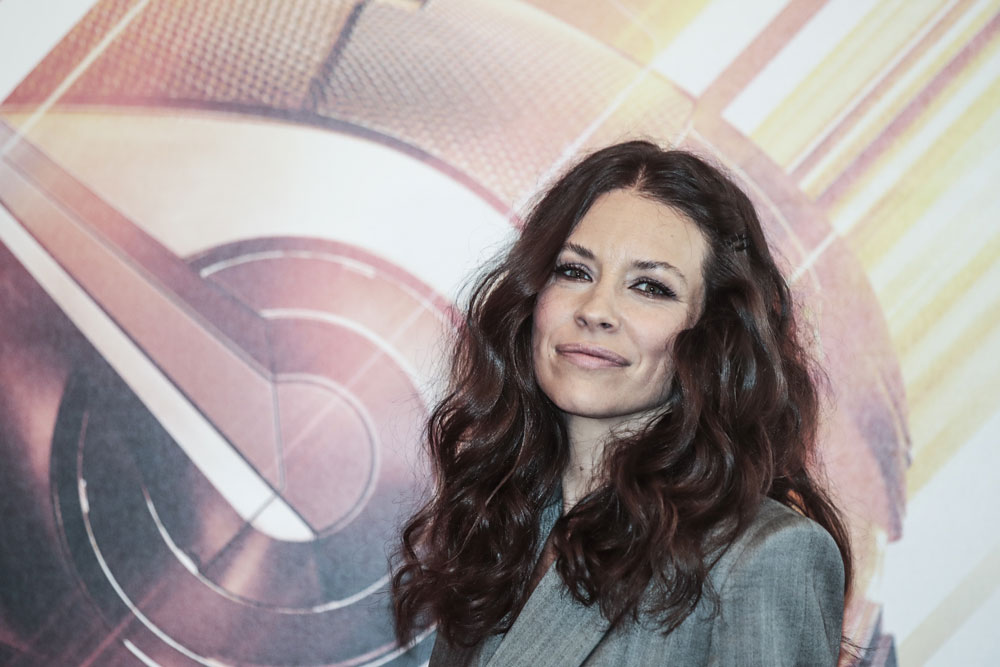 52 Responses to “Evangeline Lilly shaved her head and looks like a total badass, right?”