Charlize Theron in a bejeweled McQueen at the Hollywood Film Awards: stunning? 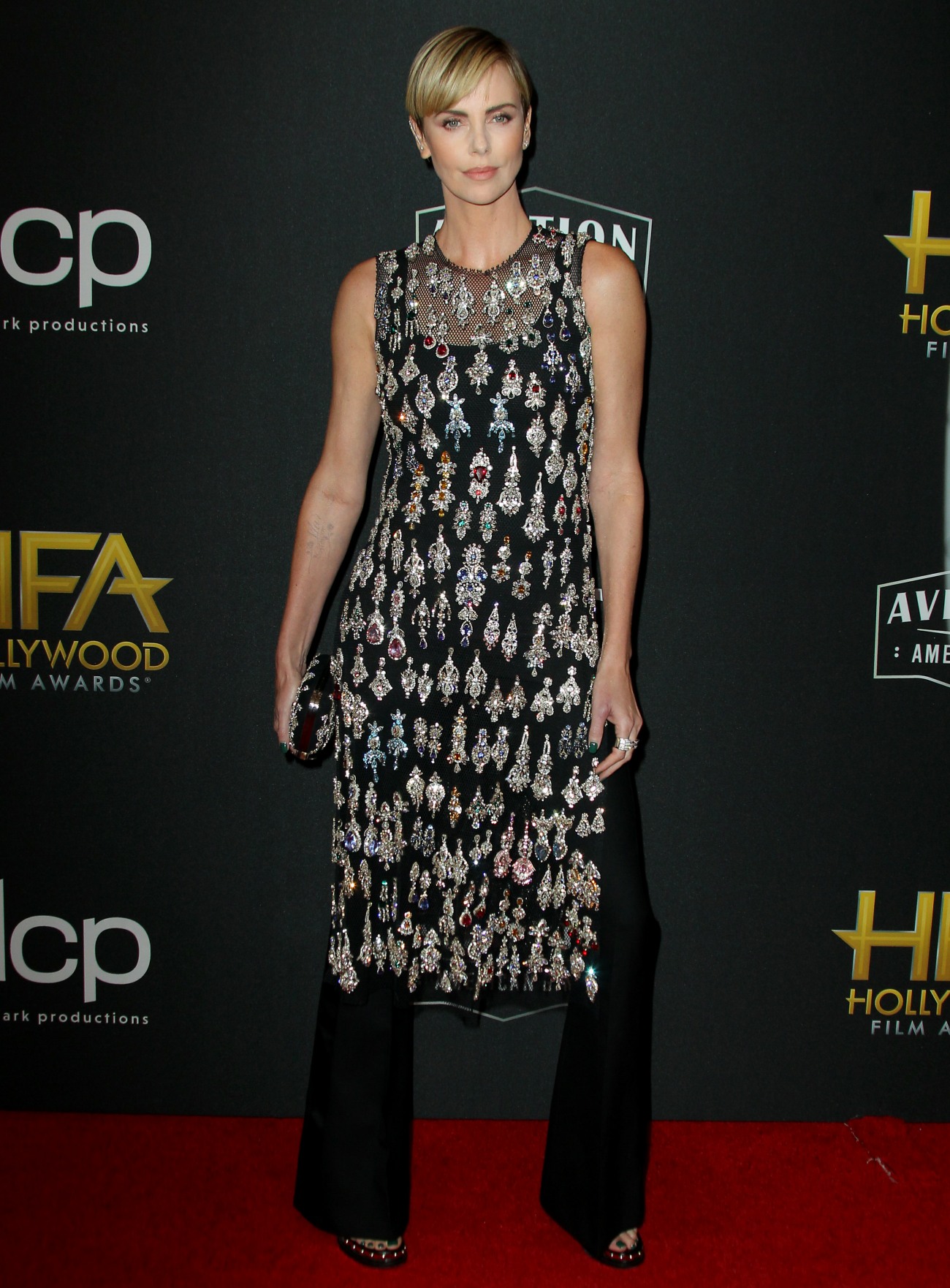 Here are some photos from last night’s Hollywood Film Awards, a completely made up awards show which tries to be one of the first “awards shows” of the season. The winners are announced ahead of time, I’m sure, and it’s not televised on any major platform, I don’t think. It’s basically just an excuse for people to declare certain other people the “Oscar frontrunners.” Charlize Theron was one of the people who got “honored” (with a Lifetime Achievement Award) and Charlize is the whole reason why I wanted to cover these photos! This is McQueen. It appears to be a sleek black jumpsuit with a glittery, sheer tunic overlay and I LOVE IT. It’s so much cooler than the standard “awards season gown.” It’s bejeweled!! 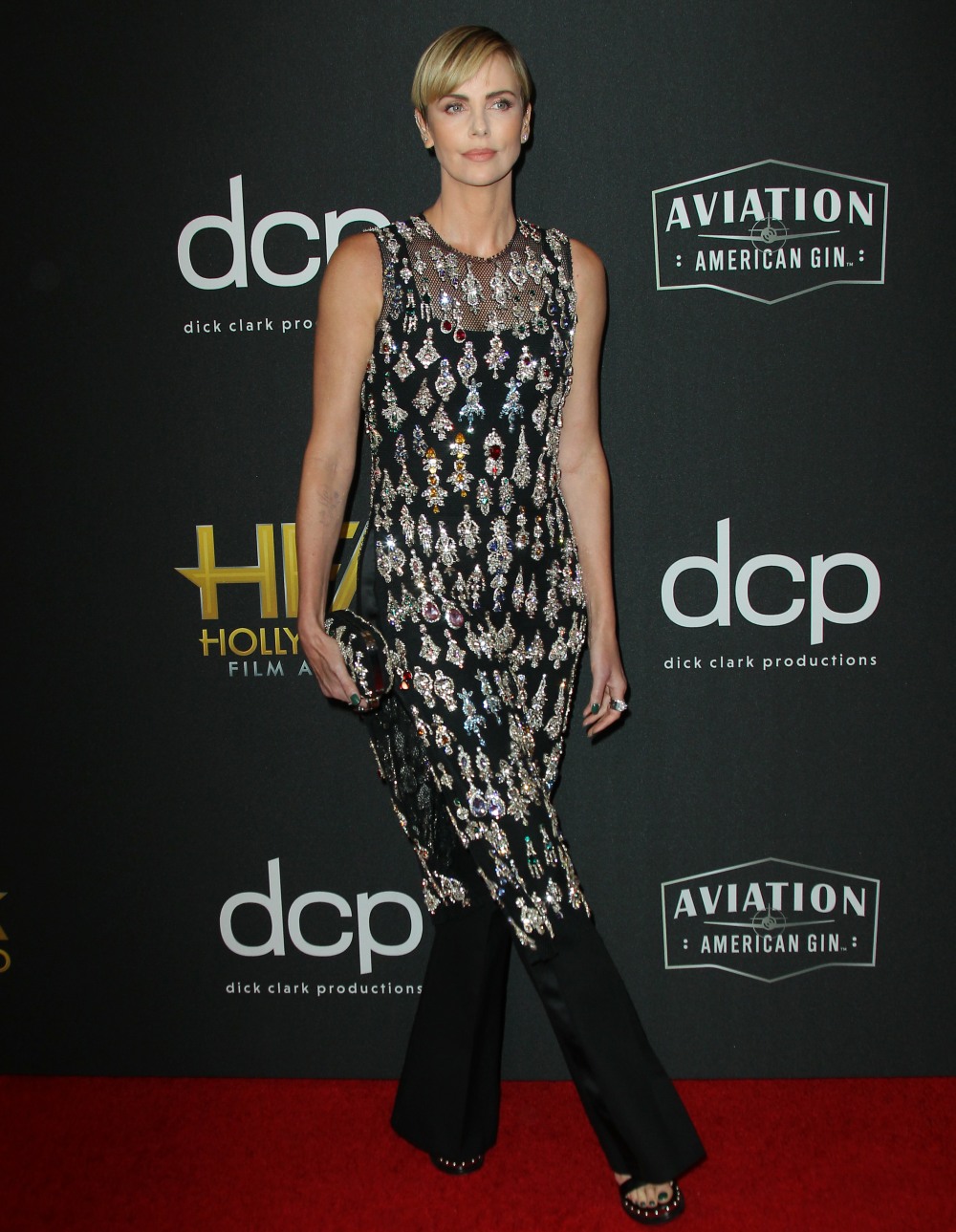 Nicole Kidman presented the award to Charlize (they’re costars in Bombshell). The kids don’t realize that Nicole used to be one of the most fashionable women in the world. They don’t know that because Nicole has spent the last decade wearing cheesy bridal-looking crap. 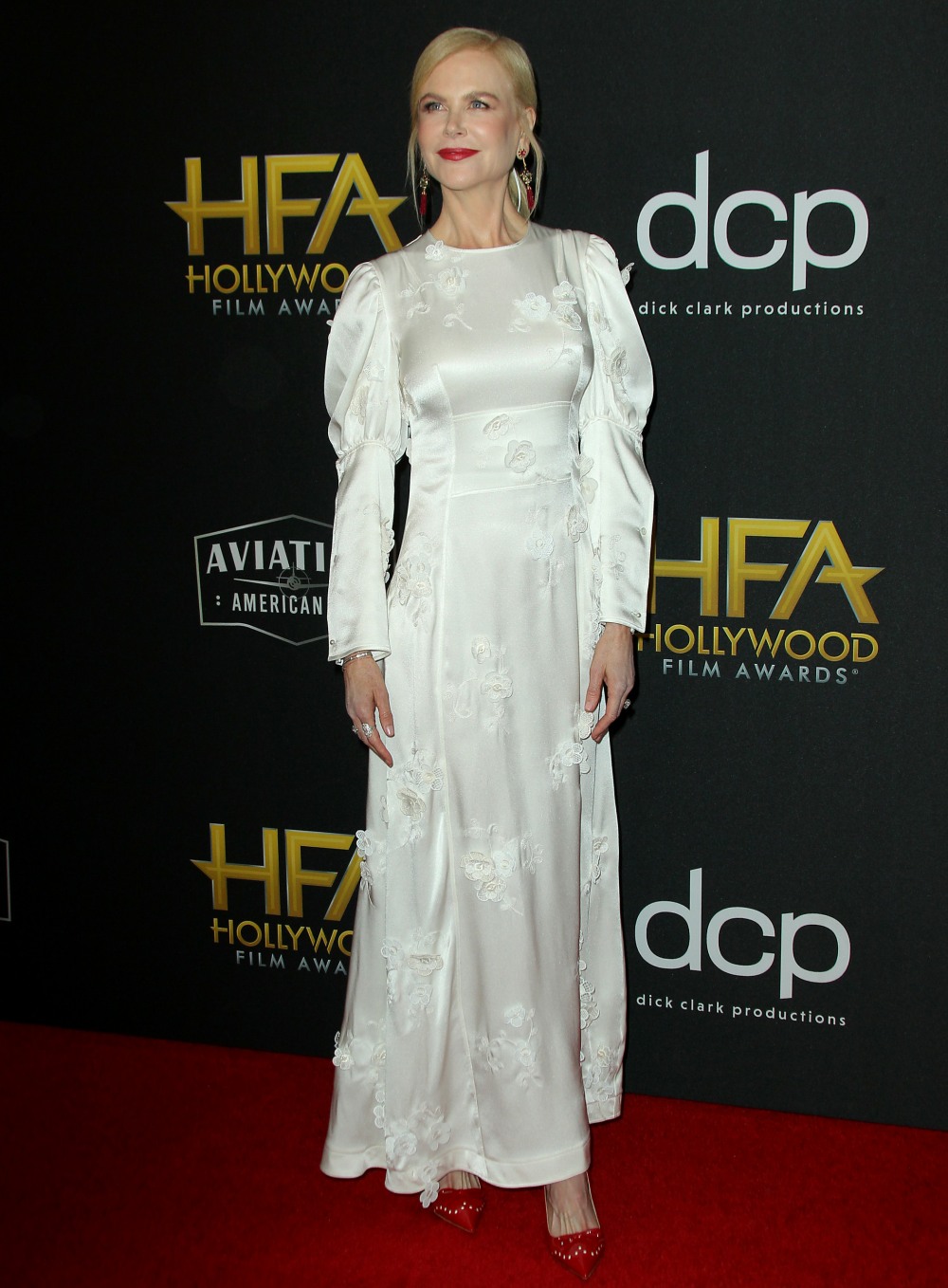 Renee Zellweger was honored for her work in Judy and I’m growing more and more concerned that Renee is going to win the Oscar for doing bad Judy Garland drag. 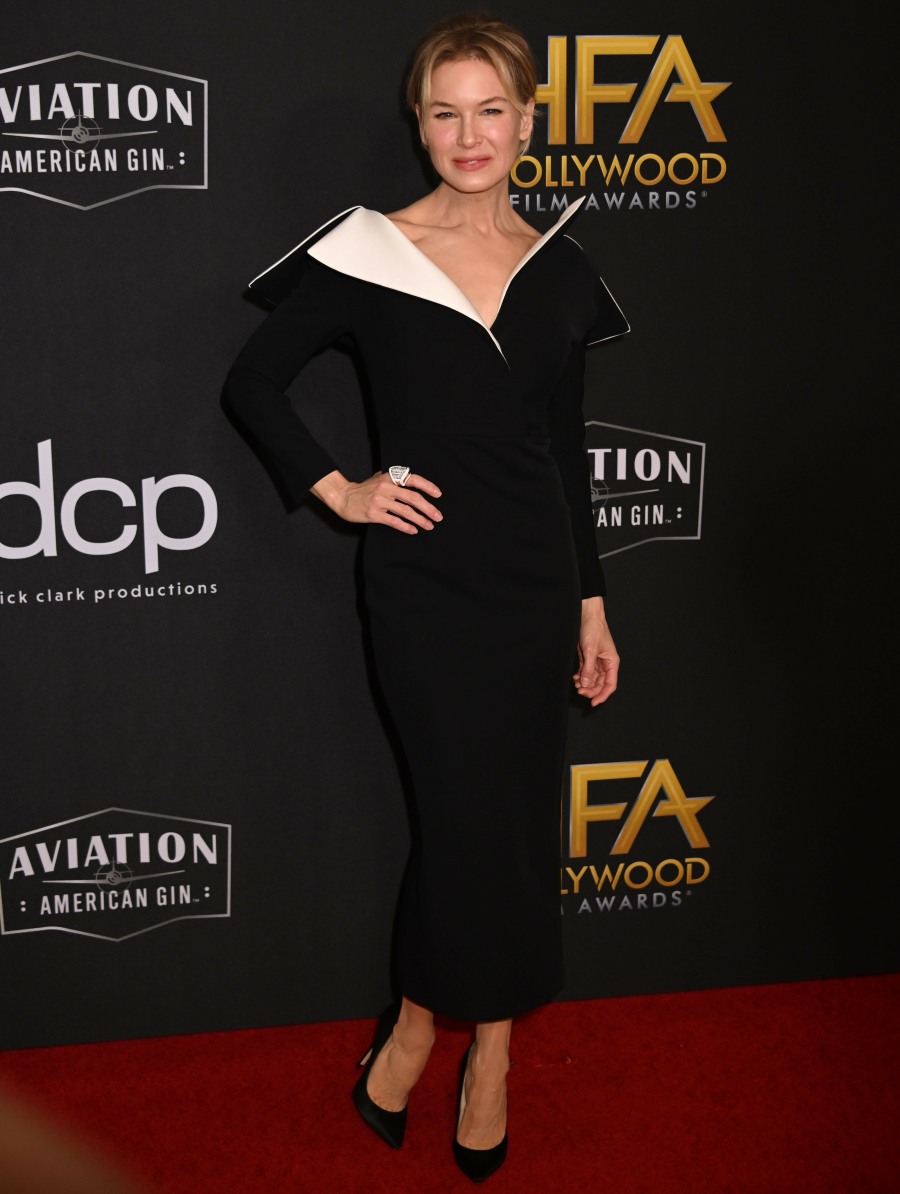 Olivia Wilde in Michael Kors. I think peplums are over, but she looks very nice. 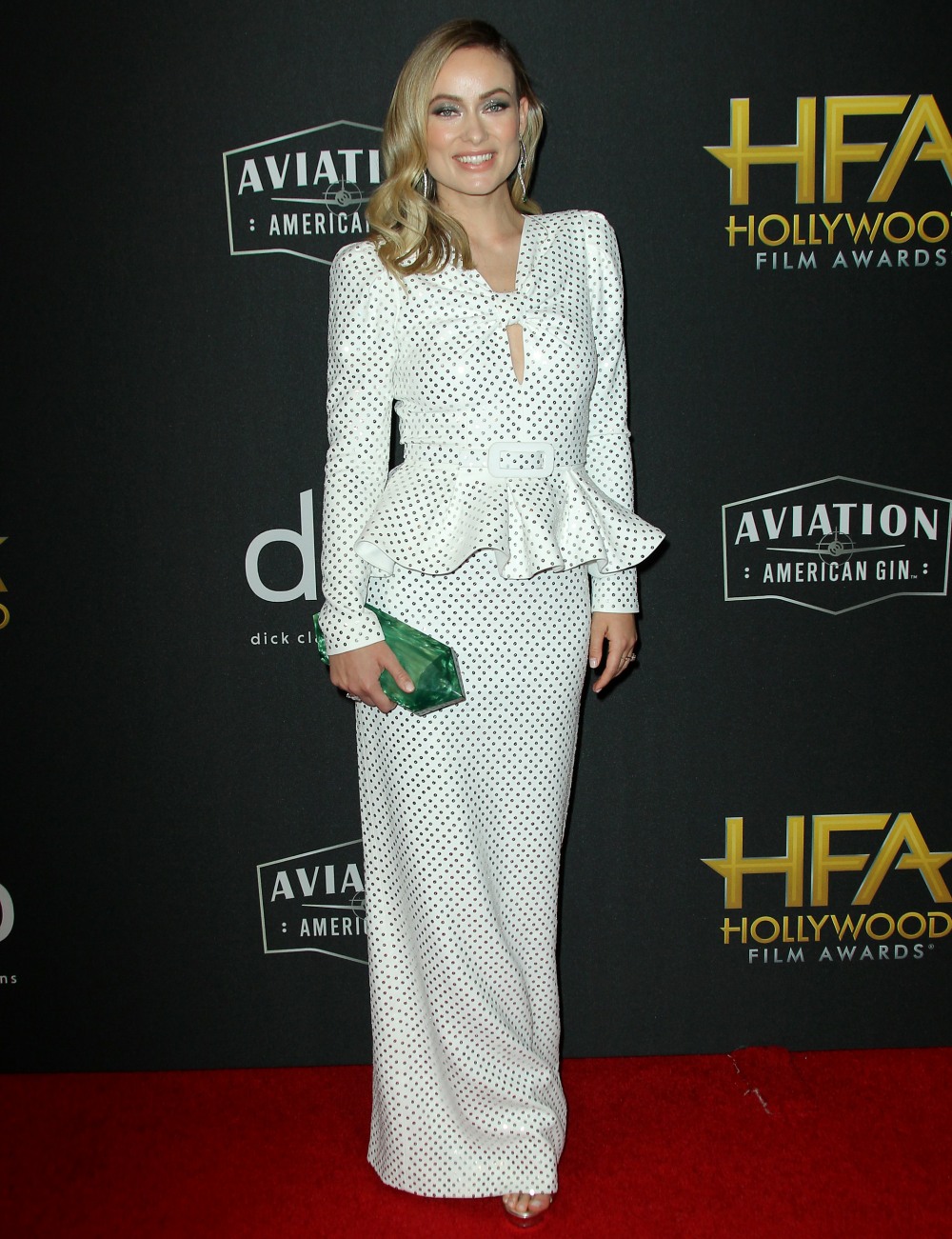 My nemesis Laura Dern wore Markarian and looked like a Southern beauty queen from 1984. 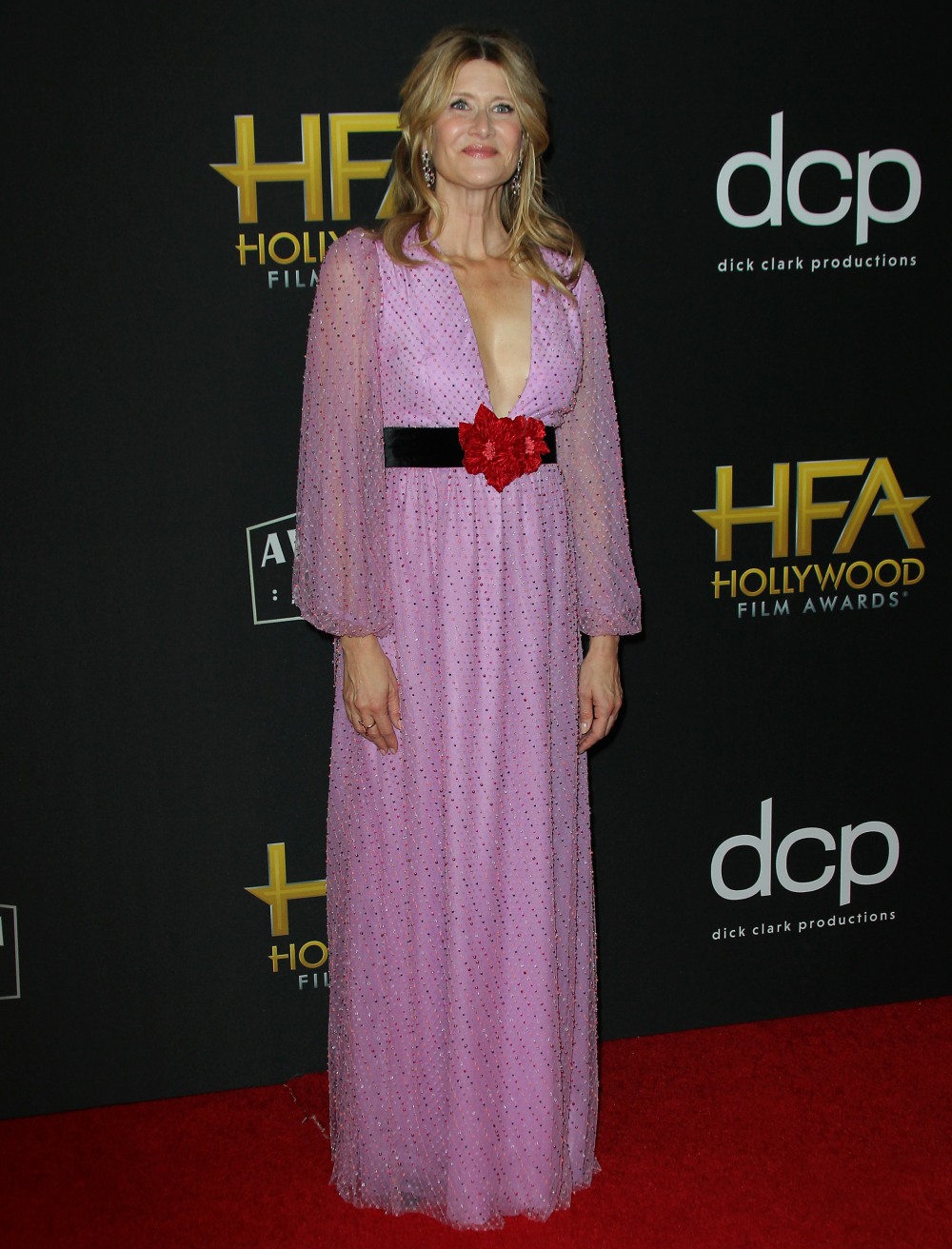 Sienna Miller in Cong Tri. Honestly, this was my second favorite look after Charlize’s. 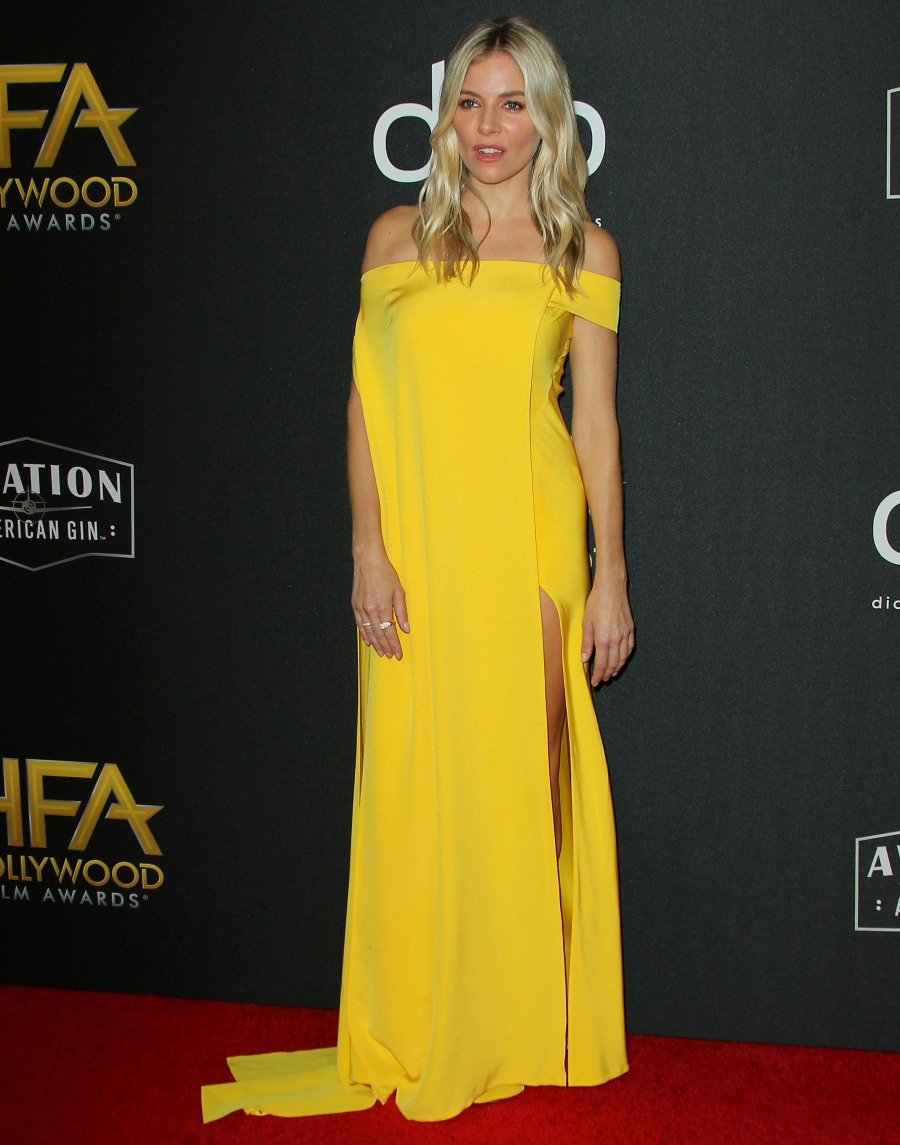 Dakota Johnson in Saint Laurent. This was a Good Look.

48 Responses to “Charlize Theron in a bejeweled McQueen at the Hollywood Film Awards: stunning?”