Scarlett Johansson in LV at the ‘Marriage Story’ LA premiere: basic or cute? 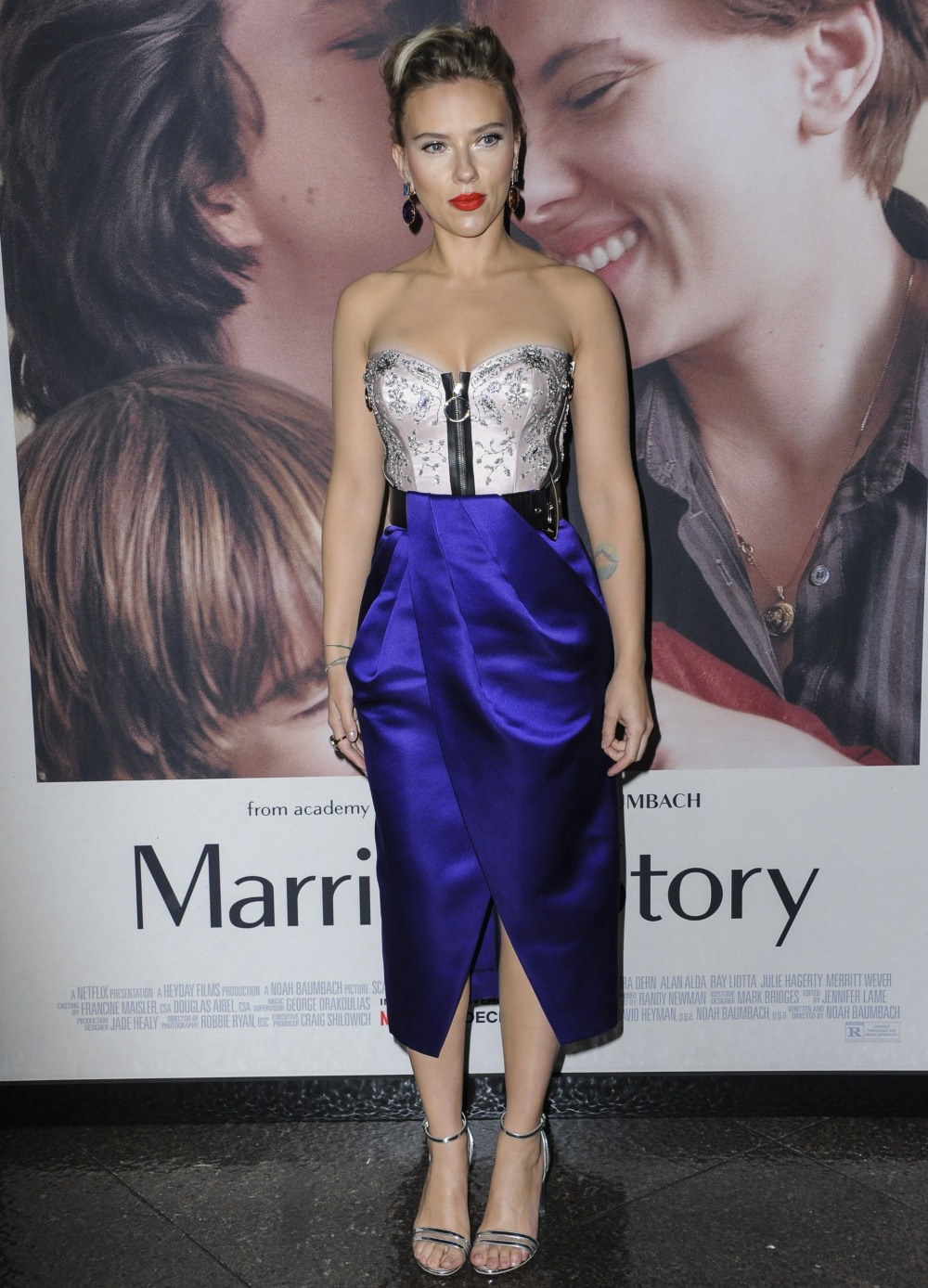 Here are some photos from the LA premiere of Marriage Story. Scarlett Johansson wore Louis Vuitton and Laura Dern wore a bright, hideous Zimmerman gown. Don’t get me wrong, I hate ScarJo’s LV look too. It’s pretty much guaranteed that Scarlett will receive her first-ever Oscar nomination for this film, and it’s painful to me that we can’t even enjoy a good fashion tour from Scarlett as she goes through this Oscar campaign. Check our archives – Scarlett’s already worn so many bad gowns and she’s already been styled so poorly. Incidentally, I think Dern will probably grab a Supporting Actress nomination for this film too, at least that’s the buzz. Adam Driver didn’t attend this premiere, but I’m sure he’ll get nominated too.

As for all of the nominations and Oscar campaigns… as of this moment, I think Renee Zellweger is the “early frontrunner” for her Judy Garland drag. Critics f–king love Judy and it’s Renee’s big “comeback.” But I could see Scarlett sneaking in at the last minute, especially if her Oscar campaign goes well. The issue is that every time Scarlett opens her mouth, she says offensive sh-t about Woody Allen or transgender Japanese trees/people. I was checking out Gold Derby to see if there were any other actresses getting buzz right now… there’s Helen Mirren for The Good Liar, Saoirse Ronan for Little Women, Charlize Theron for her Megyn Kelly drag in Bombshell and… who knows. It doesn’t feel like the strongest year for actresses, honestly. So maybe Scarlett could pull it out. 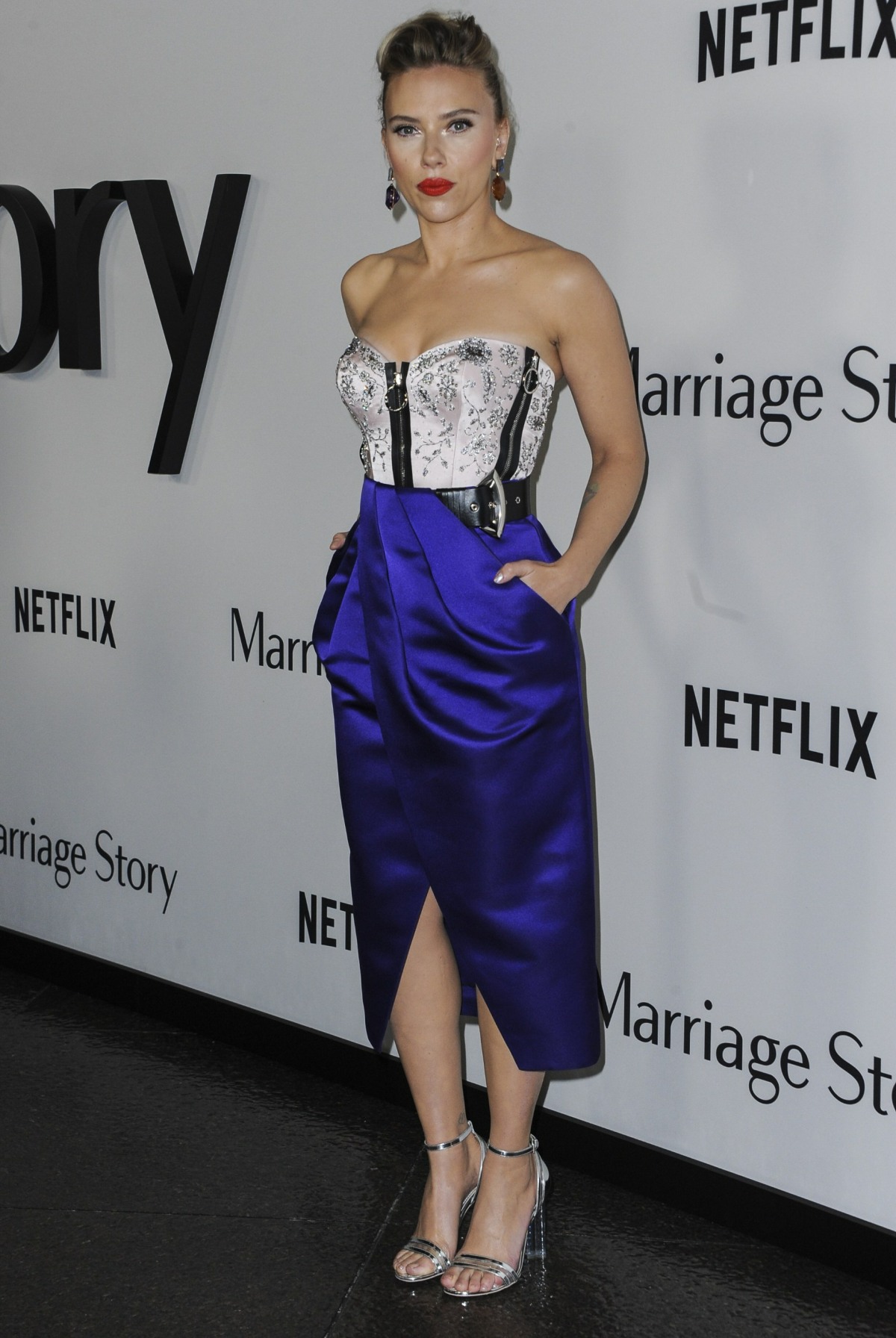 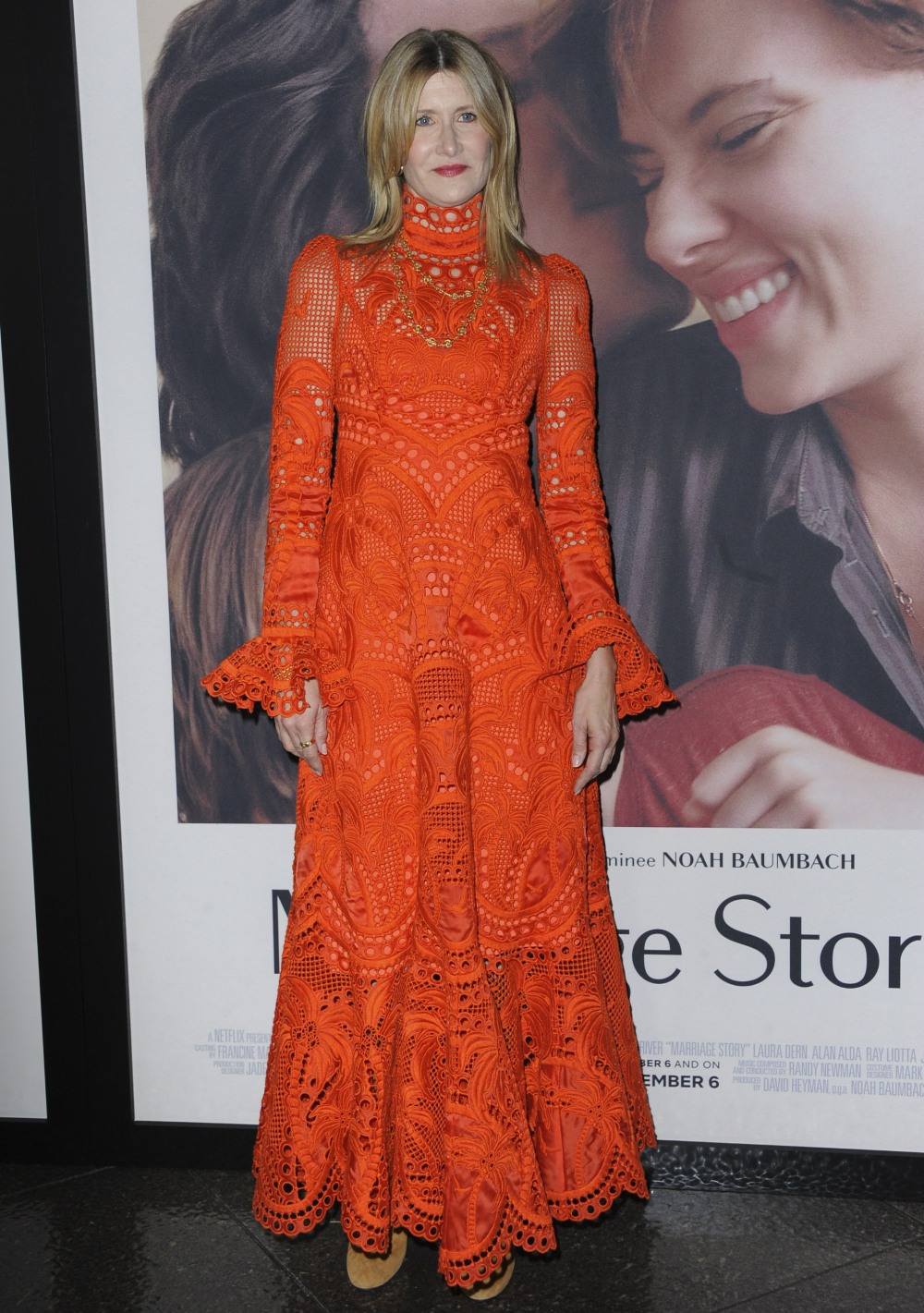 32 Responses to “Scarlett Johansson in LV at the ‘Marriage Story’ LA premiere: basic or cute?”