Kim Kardashian in Versace at the People’s Choice Awards: cheap or fine? 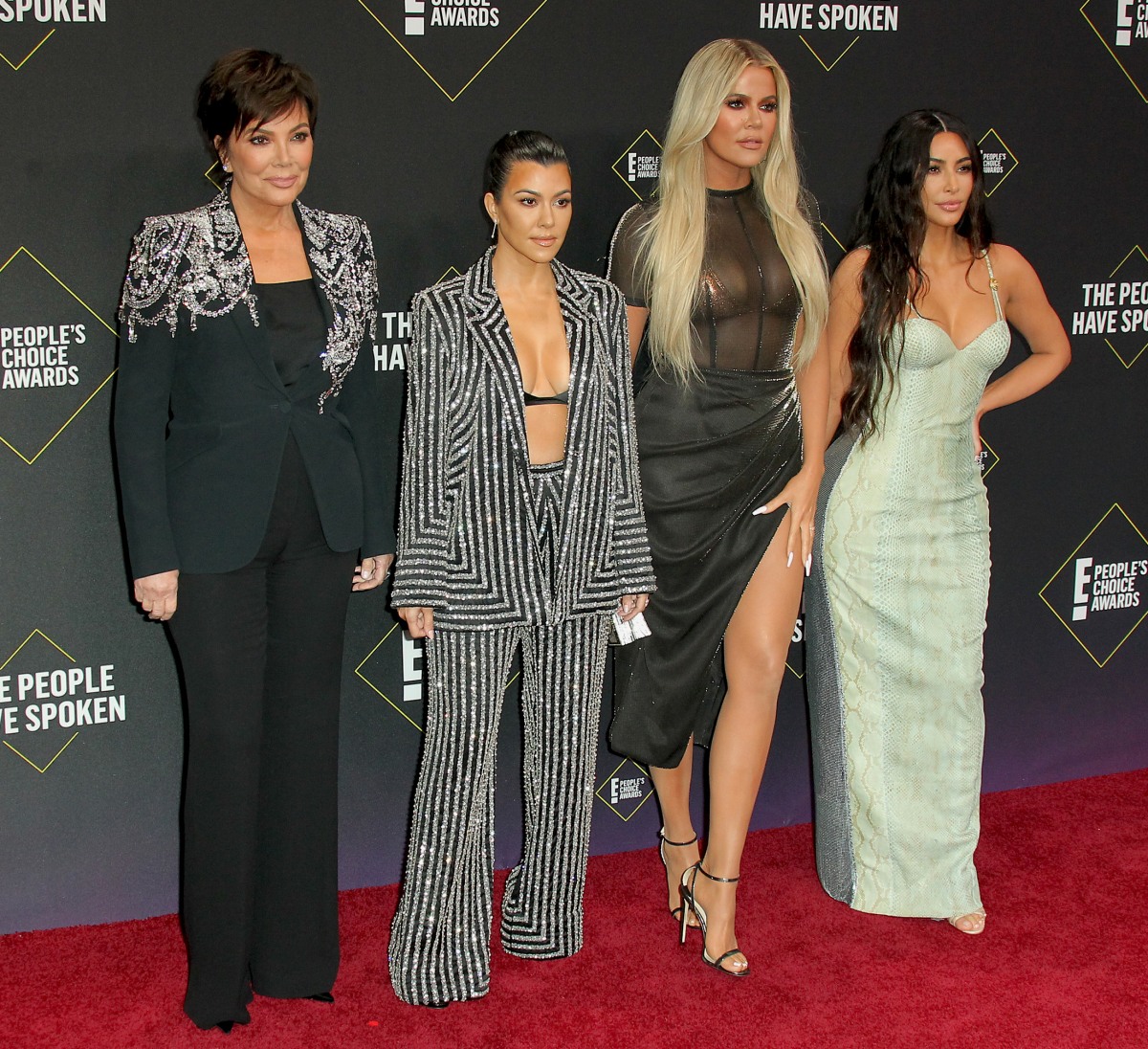 At first, I was going to try to jam all of the notable fashion in one post, but no, the Kardashians deserve their own post. The show won something for Best Reality Show, because duh, this is on E!. Kourtney wore Naeem Khan and Kris Jenner wore McQueen. Kim Kardashian wore Versace – from the front, it looks like ‘80s white snakeskin, but then in the back, it’s just blah grey fabric, so… the dress is only good/okay from the front. 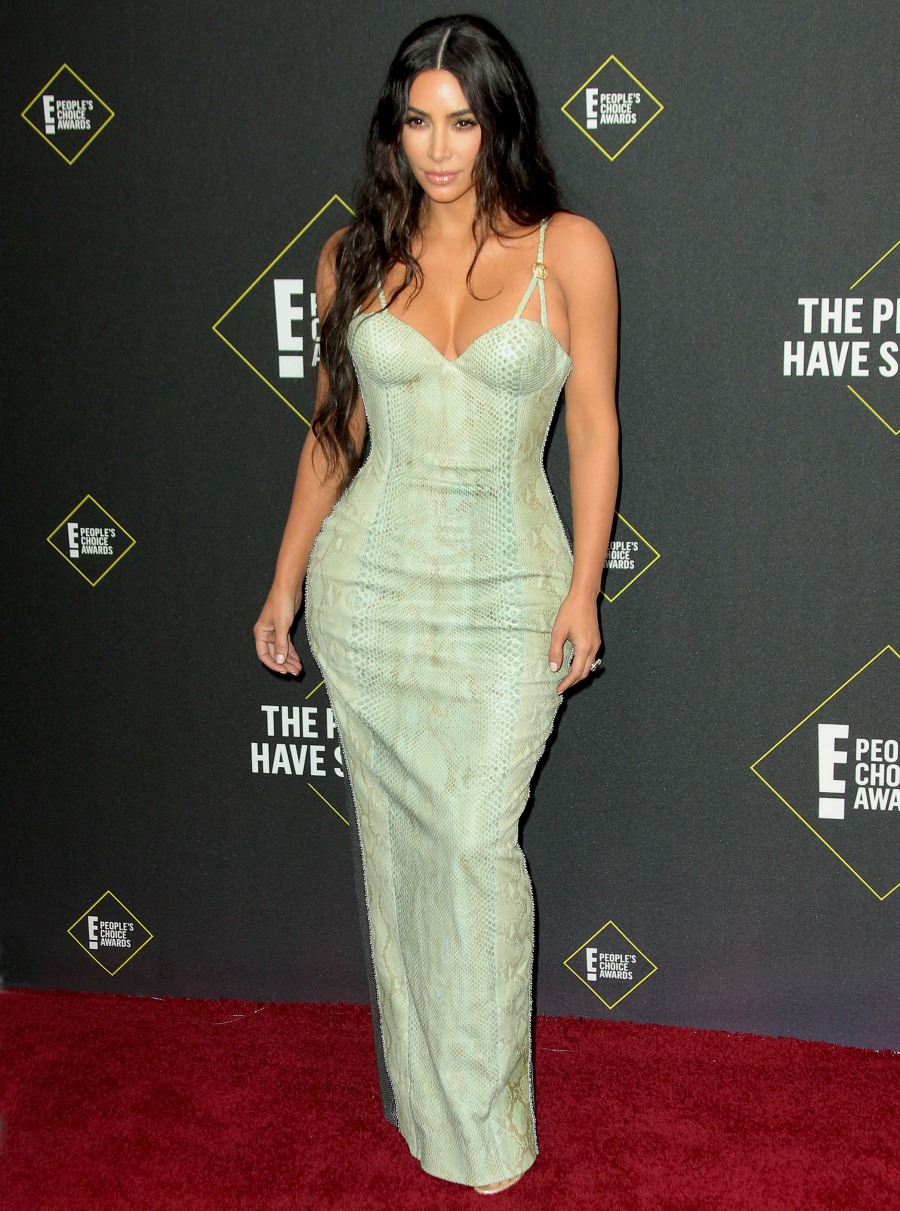 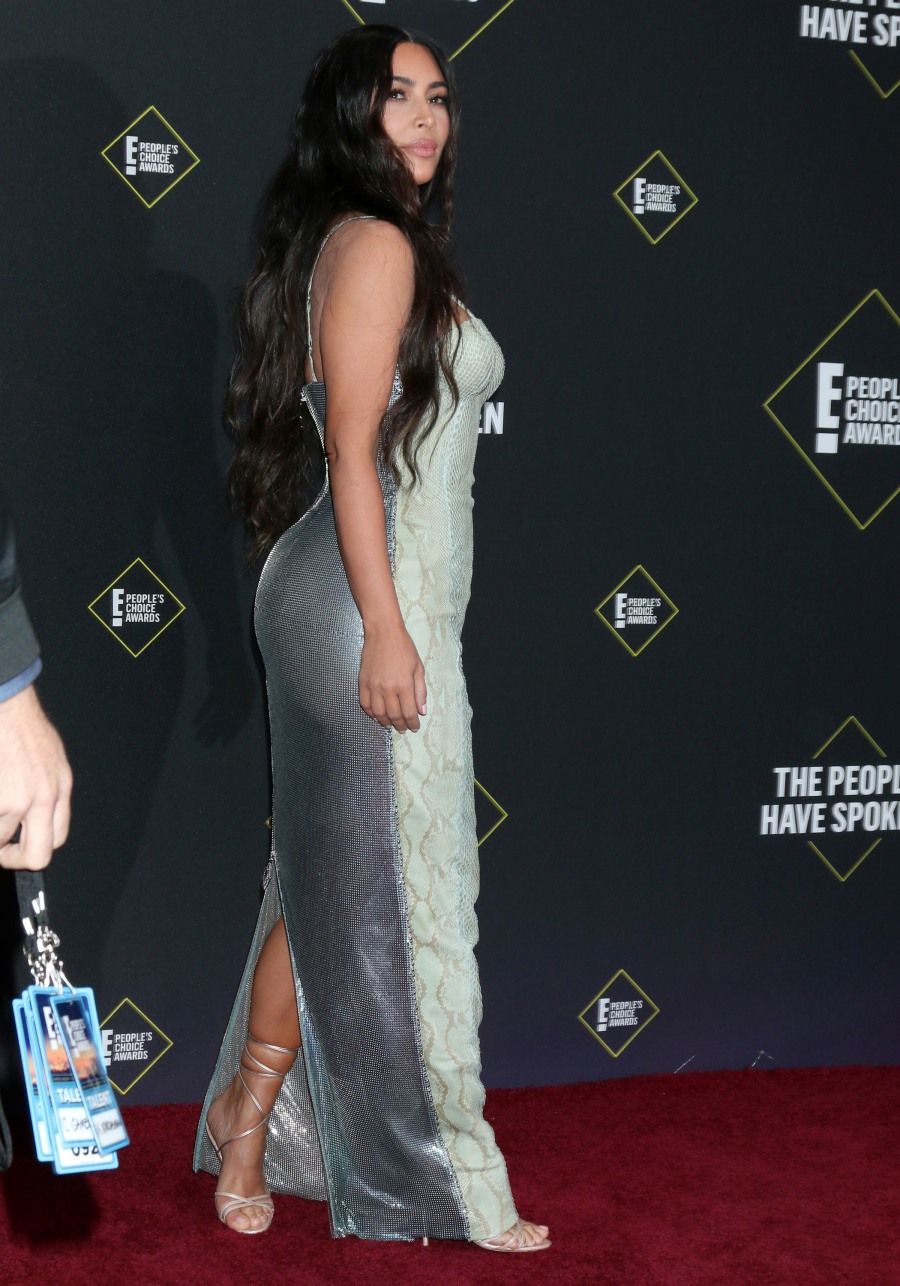 Khloe wore LaQuan Smith – maybe my perception is completely warped, but I actually think Khloe looks like she’s eased up slightly on the fillers and such? I mean, she’s still jacked. But the Sad Doll look has faded slightly. 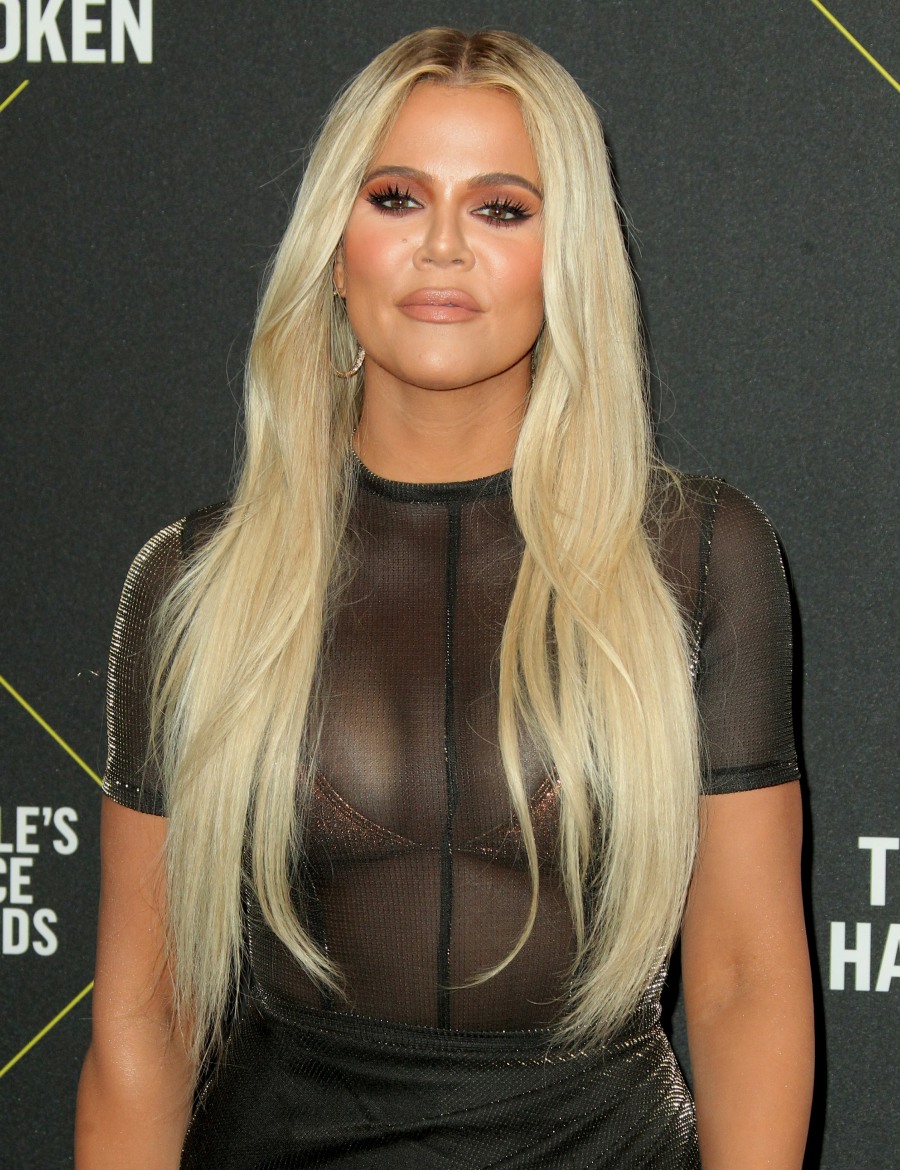 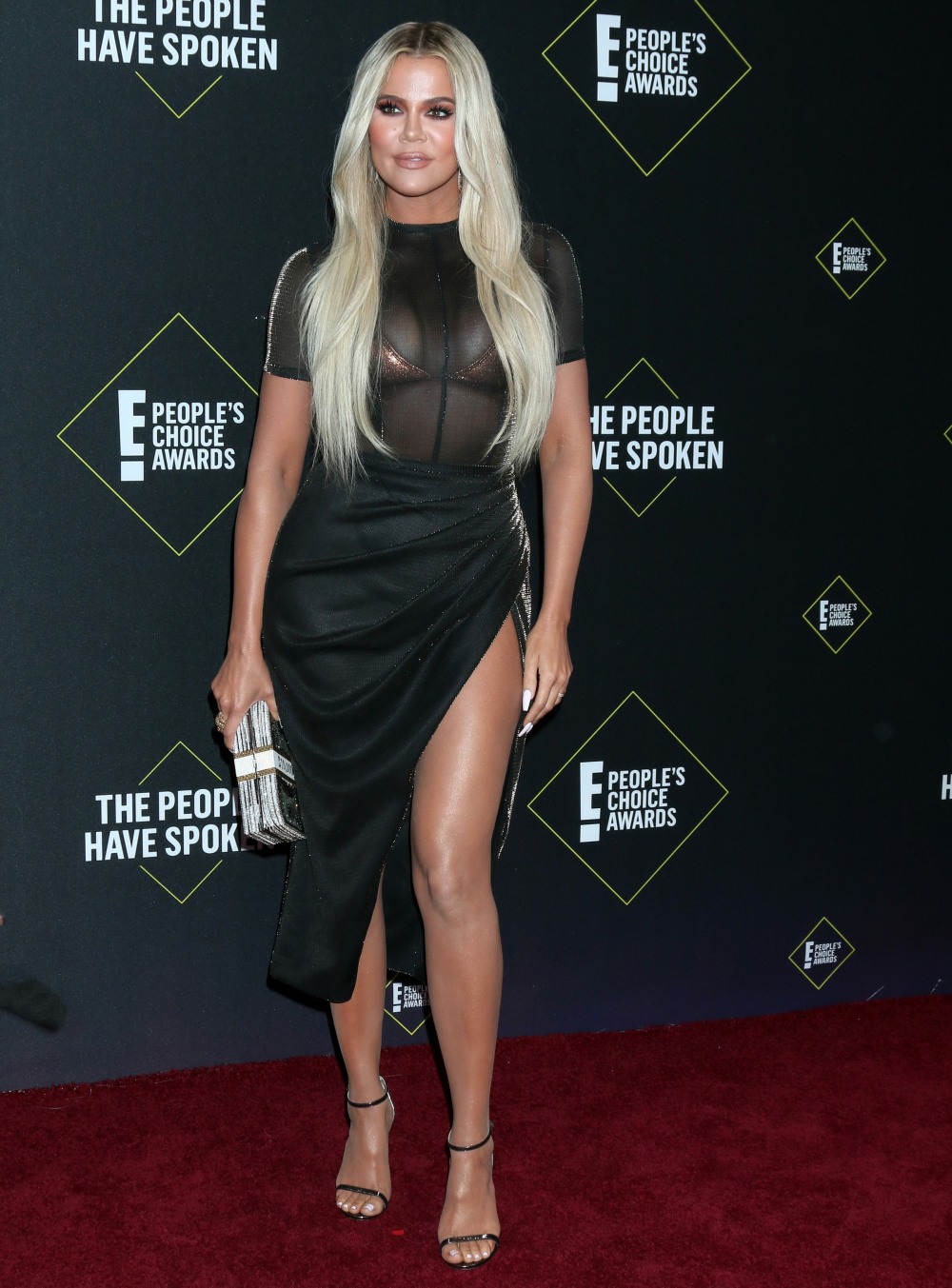 47 Responses to “Kim Kardashian in Versace at the People’s Choice Awards: cheap or fine?”