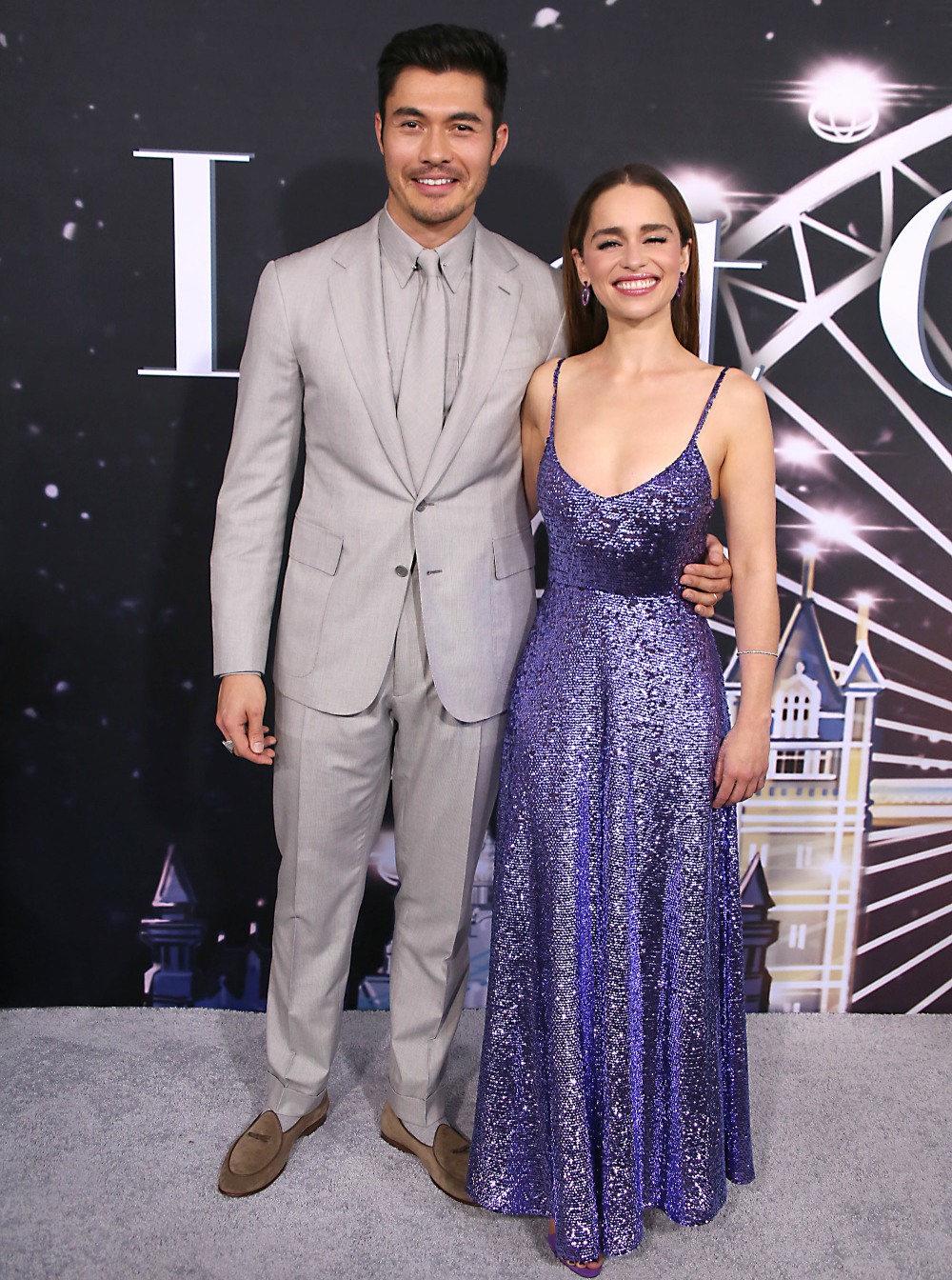 For some reason, I didn’t even know that Last Christmas came out last Friday. I saw Emilia Clarke promoting the film everywhere, but I guess I just thought it was really advanced promotion, because why would you release a Christmas movie weeks before… Thanksgiving? Anyway, it seems like I wasn’t the only one sleeping on Last Christmas – it debuted on the weekend box office at #4, which would have been a notable bomb except that Doctor Sleep also bombed and that’s the bigger story for box office analysts. Besides, the reviews of Last Christmas were bad-to-horrendous, so no one was surprised when the film didn’t do well.

Interestingly enough, one of the other reasons why the film got such an icy reception from film-goers and critics is because… people figured out the plot twist months ago, when we first saw the trailer. Truly, people on Twitter and in blog comment sections figured it out. If you don’t want to know the big “twist,” stop reading now…

The big twist is that Emilia’s character, the recipient of a heart transplant, finds out that Henry Golding’s character is the ghost of a man who died and she has his heart. Most people figured out that he was a ghost in the very first f–king trailer. But still, Emilia Clarke is mad that people are “spoiling” the twist:

Emilia Clarke is so over spoilers. And we’re not even talking about Game of Thrones. The actress opened up to IndieWire about her irritation with the internet’s obsession with trying to guess the twist in Last Christmas. Fans began an elaborate guessing game almost as soon as the trailer debuted in August. “It’s bloody annoying. Frustrating,” Clarke said. “It’s more complicated than people are guessing.”

Clarke defends the twist, noting that there was great care and nuance put into building it into the script. “Emma [Thompson] and Greg [Wise] wrote this script together, but they sent the script to all of their friends and it was only ready when their friends didn’t see the twist coming and couldn’t guess until it happens, so that’s where it comes from,” she told IndieWire. “It’s just frustrating.”

“When it comes to signing petitions to reshoot the last season of a very popular TV show, or whether it’s spoiling a goddamn Christmas rom-com, people are able to do something about that,” she reflected to IndieWire. “Our world’s literally on fire, so I think that there’s a lot of things outside of people’s control, so when it comes to this kind of stuff, they can do something with it and want to. It’s done with so much fervor, it’s done with a huge amount of energy and all that is, is misdirected energy.”

I like her for defending her movie and defending Emma Thompson and Greg Wise’s script. But… the first line of George Michael’s “Last Christmas” is “Last Christmas, I gave you my heart.” SPOILER. I mean, it’s not Emilia’s fault. But truly, 90% of us saw this coming. 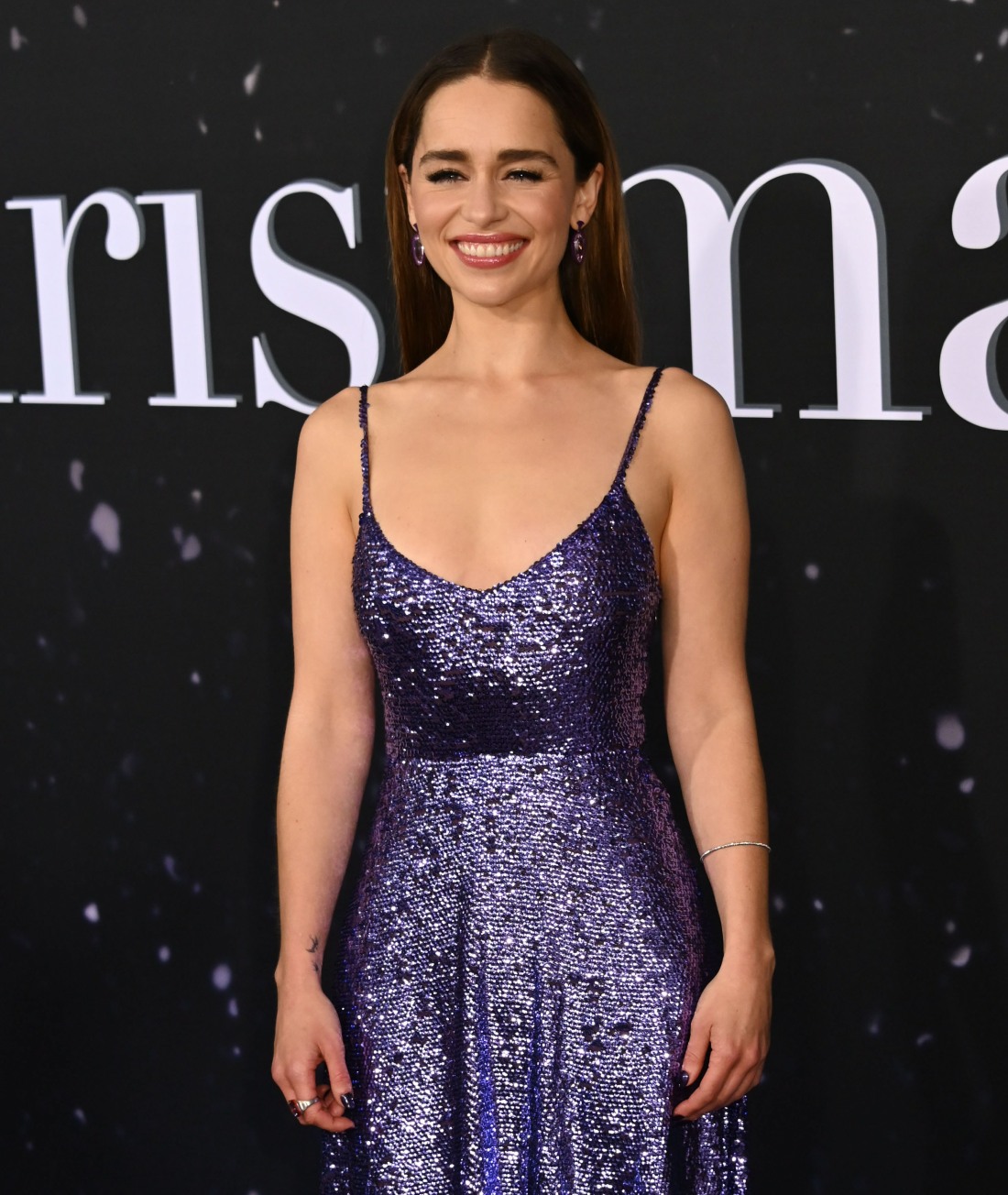