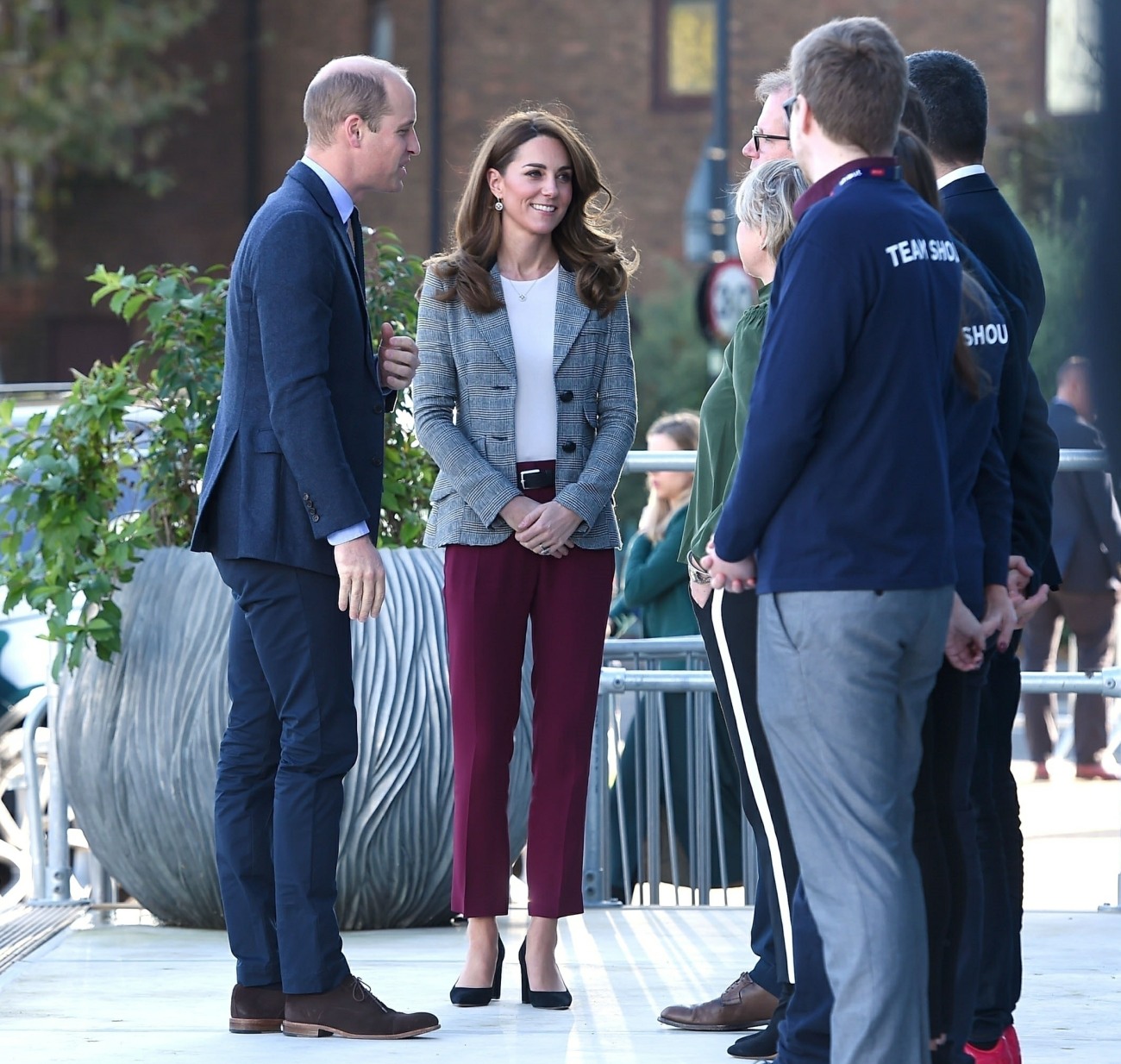 Back in May of this year, the Duke and Duchess of Cambridge were still working with the Duke and Duchess of Sussex within the Royal Foundation. The separation of the foundation didn’t come until a few months later, and it feels like the separation is an ongoing thing – the Sussexes still haven’t formally launched their separate foundation, and the Cambridges’ staff are still scrubbing the Sussexes from the Royal Foundation’s site. Anyway, just days after Meghan gave birth to baby Archie, the foundation launched Shout, a “crisis service” where people in crisis can text volunteers and mental-health professionals. Today, the Duke and Duchess of Cambridge attended an event to celebrate the volunteers who work on Shout. It feels like Shout was something both couples worked on, but now William and Kate are “claiming” it for the Royal Foundation.

Kate wore a Smythe blazer in grey and cranberry-colored Joseph slacks. I like the blazer a lot – Kate has some nice blazers, several of them from Smythe. The trousers kind of suck though. I know I begged Kate for years to invest in these kinds of separates, but wow, she just has odd taste in trousers and pants in general, doesn’t she? Her chunky heels are great though. I guess I just would have kept everything here except these pants, and I would have replaced them with a slim-cut pair of black trousers. Hm. William is, as always, unremarkable. 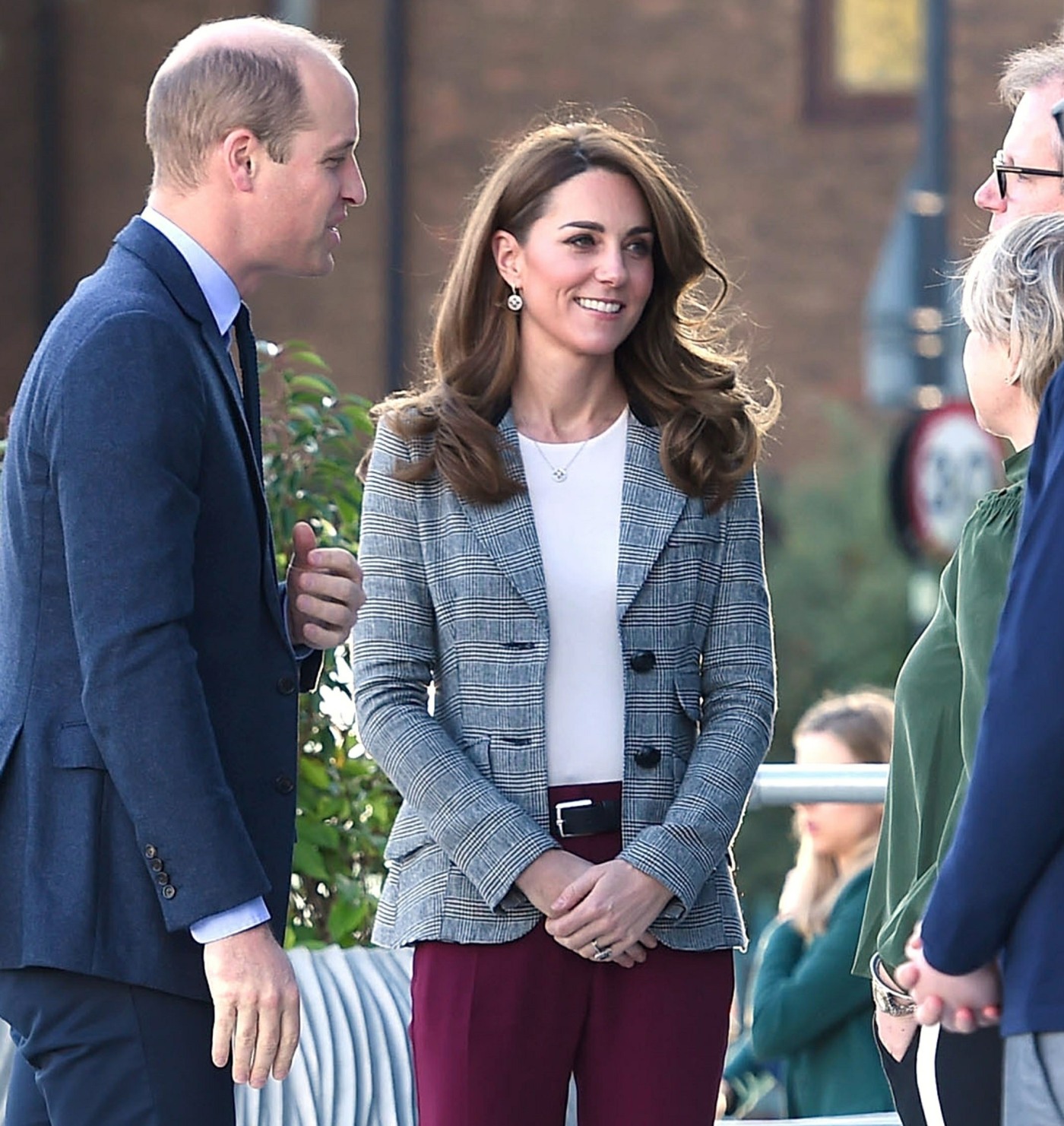 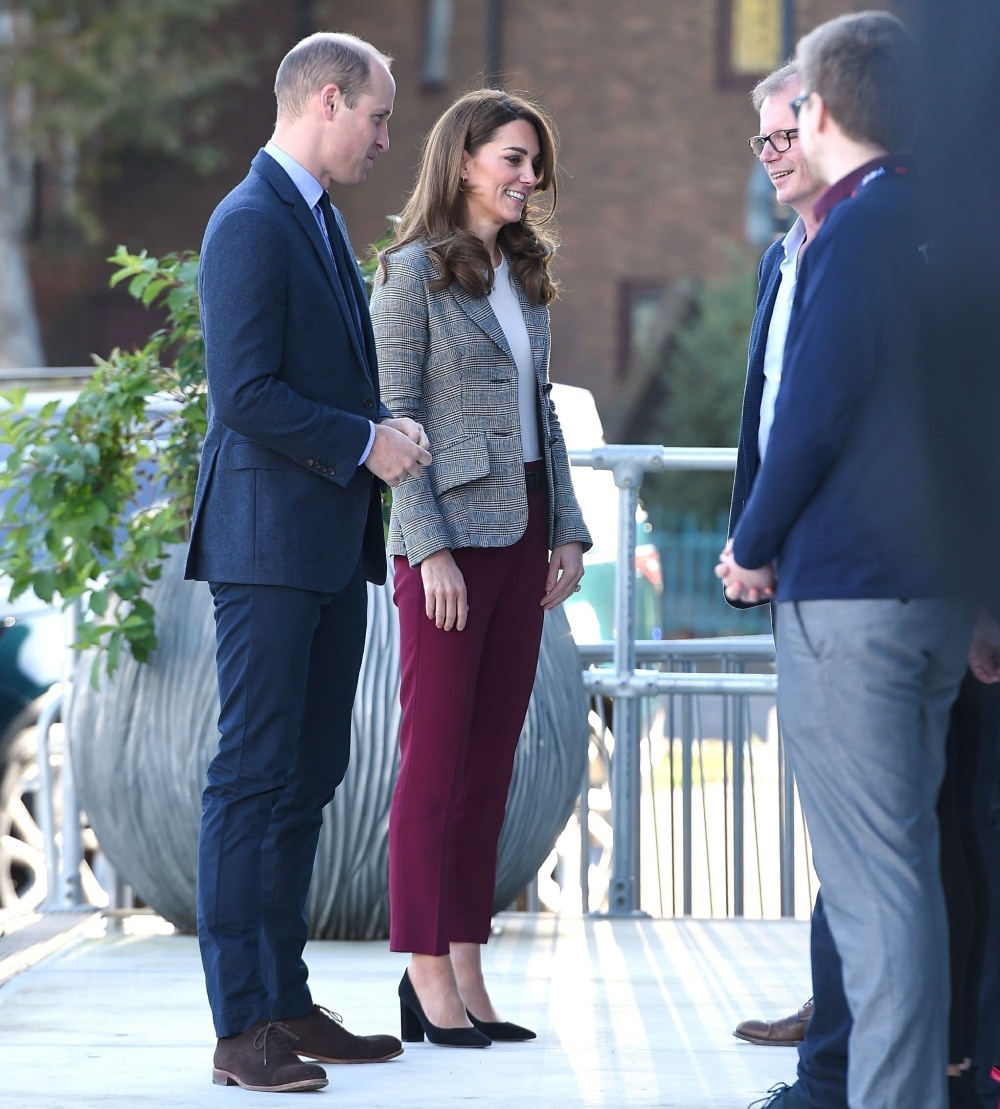 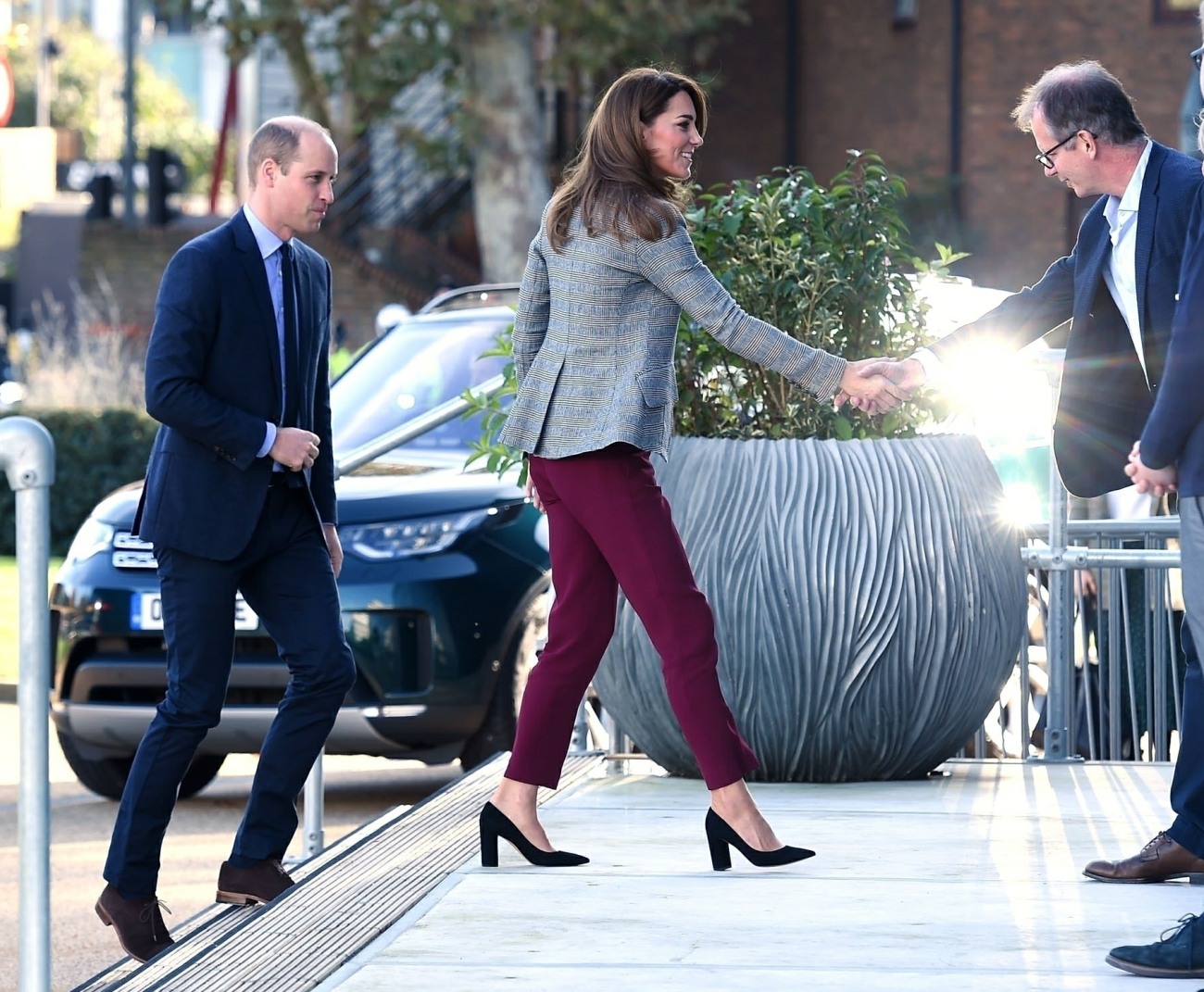