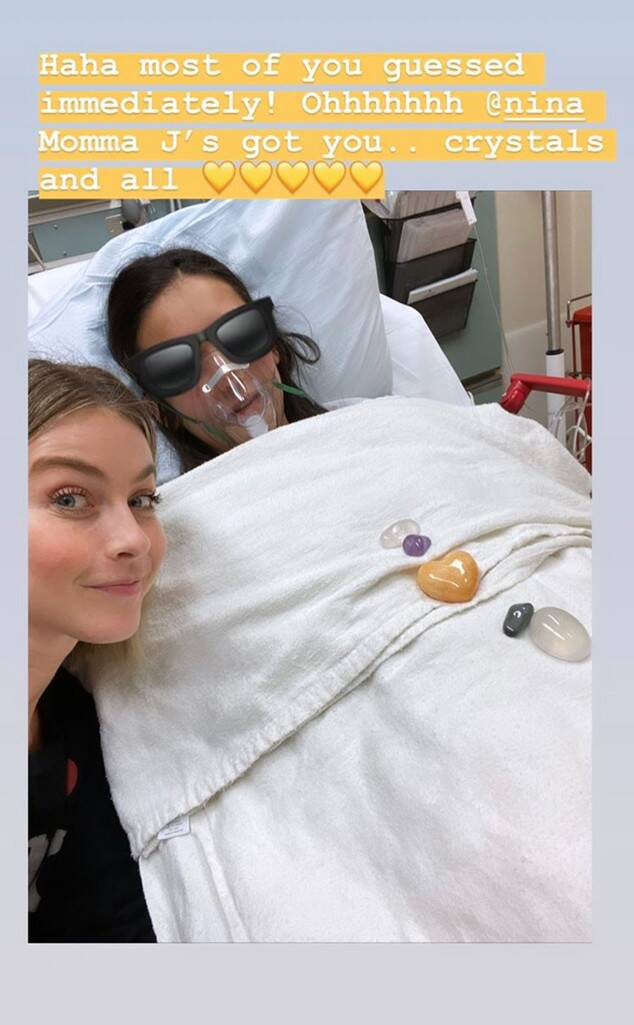 I typically cover celebrity health stories and Nina Dobrev is one of my favorite celebrities, but I’ve never heard that she has severe allergies or that she’s gone into anaphylaxis. That was the case over the weekend when she was hospitalized after a life-threatening allergic reaction. We know because her best friend Julianne Hough came to her side in the emergency room afterwards and posted a photo to her Instagram stories of Nina in her hospital bed. Julianne had brought crystals and spread them on top of Nina’s blanket for healing or something. That photo is above, apparently Julianne put a sunglasses sticker over the photo of Nina’s face but everyone knew who it was because they’re such good friends. (I didn’t see that story on Instagram as it’s now expired.) After that Nina posted a series of updates, some of which are below (I left out the text-only ones), and here’s what she said in those photos:

1. A lot of people have expressed concern after seeing Julianne’s story. I’m okay
2. It’s pretty routine/has happened to me quite a few times because I have a lot of allergies
3. Depending on the severity I sometimes go into anaphylactic shock as a result.
4. But Jules was with me and the doctors at Cedars were AMAZING so back at home now, and I’m OK.
5. Appreciate your thoughts, I’m fine, and I’ll be fine! xo
6. See? Back at home. Swelling is basically gone. We’re all good over here. Love ya Jules. Thanks for being mom… again. Okee well, I’m going back to sleep.

I’m glad Nina is ok now and that’s terrible she had to go through that! Again, I’ve covered her for years and she’s kept her allergies very quiet. I searched for any mention of her allergies before this and this was the only reference I found. She was vague about it. It’s understandable why celebrities would want to keep that quiet, but I’m surprised Nina hasn’t talked about it much.

You probably already heard that I developed the alpha gal allergy to mammal meat after being bit by a lone star tick over the summer. I had just covered Ariana Grande’s story of her allergic reaction to tomatoes, and her description of what it felt like helped me recognize what was happening. I kept coughing, my throat felt like it was closing and I had this impending sense of doom. There was also something exhilarating about it. My body was saying “you better take care of this right away.” I was stubborn so I just took a bunch of Zantac and Benadryl and waited it out. In retrospect this was stupid and I have an Epipen now.

Getting back to Nina and Julianne, E! has a really sweet story Nina told about Julianne leaving her own song launch party to come to Nina’s side another time when she needed her. Nina was again vague about what she was going through, it sounded like a possible breakup or another allergic reaction, but the message was what a great friend Julianne is. You can really tell who has your back when you have a health crisis! 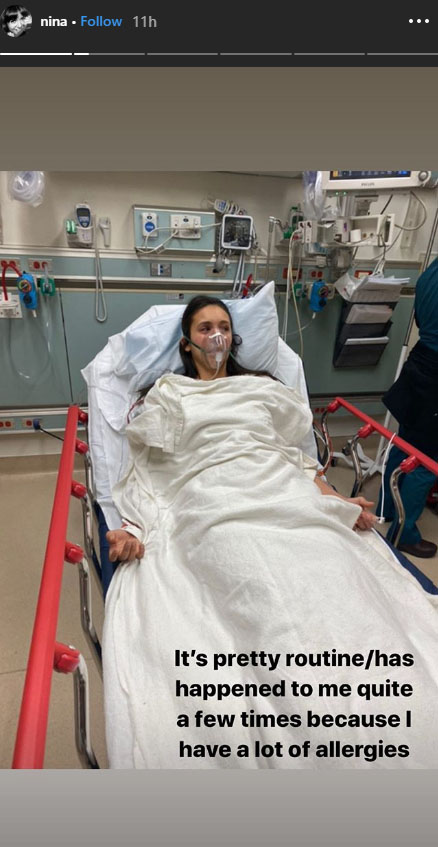 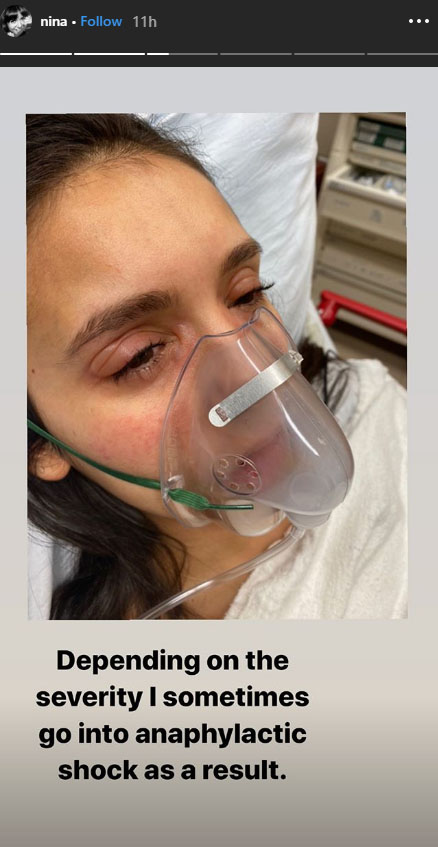 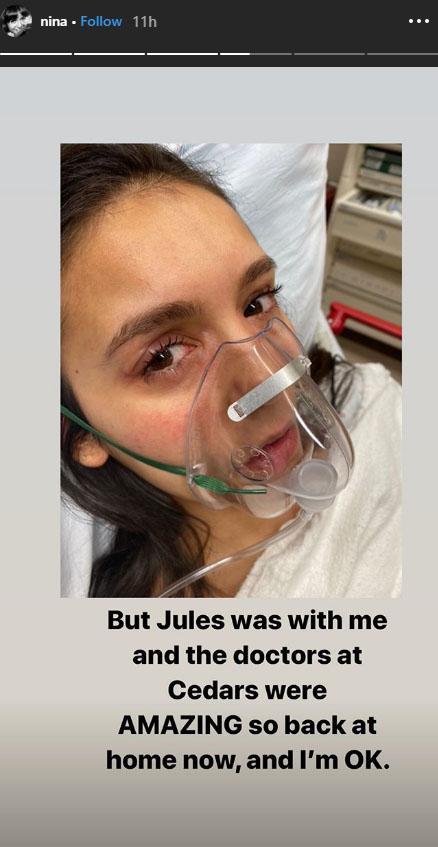 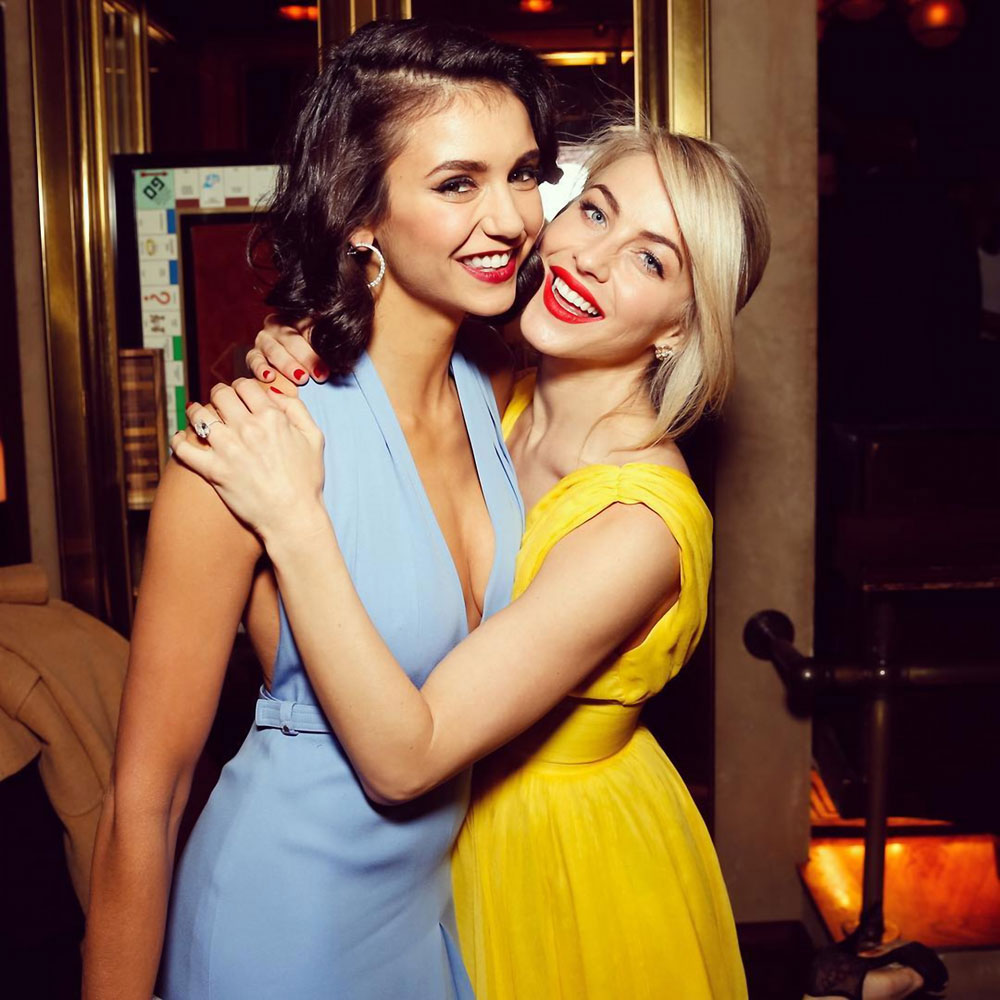