The hardest week of our lives, you are my rock. And now you are Isla’s. 2 years with you 💗

Hello, I’d like to introduce you to Erin Langmaid, a 23-year-old Australian model. Erin gave birth to a baby girl on October 29. The birth was a surprise because Erin… did not know she was pregnant. I read this story this morning and I really didn’t know what to make of it other than “how?” and “that’s a really big baby for a pregnancy she didn’t know anything about.”

An Australian model recently had a life-changing surprise when she gave birth to a baby in her bathroom, despite not knowing that she had been carrying her daughter for nine months. Erin Langmaid welcomed a healthy 7 lbs. and 7 oz. baby girl, Isla May, on Oct. 29, but says she had no idea she was expecting after not showing any typical pregnancy symptoms and consistently using contraceptive injections, 7 News reports.

“I wasn’t showing obviously because I fit into everything,” Langmaid, 23, told the outlet. “It’s just really bizarre.”

Langmaid and her boyfriend Daniel Carty’s world was flipped upside-down two weeks ago when the model started feeling ill and took a trip to the bathroom. Within just ten minutes, Langmaid said her daughter had unexpectedly arrived in a “dramatic” fashion — a moment that Carty, 31, said also caught him off-guard.

“I heard a scream and I ran in there and then I saw the little one and I thought, ‘Hang on, there’s two,’” he recalled to 7 News of his shock, which quickly turned to panic when he realized Isla had stopped breathing after making her grand arrival. Thinking on his feet, Carty called 000 (Australia’s version of 911) and had the operator walk him through the steps to restore his daughter’s breathing and save her life. Thankfully, Carty was successful in his attempts and his girlfriend and daughter were soon rushed to the hospital, where doctors determined that Langmaid had experienced a cryptic pregnancy.

A cryptic pregnancy, also known as a stealth pregnancy, is when conventional testing methods fail to detect a mother is carrying a child, according to Healthline. One in every 475 women experience a cryptic pregnancy which goes undiscovered until the mother is 20 weeks along, News Medical reports. Some others, like Langmaid, don’t learn they’re pregnant until the baby arrives. Weeks after the major surprise, Langmaid and Carty are now settling into their new lives and unexpected roles as parents.

Carty shared the exciting news on Instagram with his followers on Nov. 1, alongside a sweet family photo of him holding his new daughter while Langmaid watched on. “We want to share with you our new little family member. Isla May was brought into the world on Tuesday night, she lived in mummy’s tummy for 9 months without letting us know,” he wrote. “After an extremely tough few days both mother and daughter are perfectly well and ready to go home.”

The whole “consistently using contraceptive injections” thing might explain a bit of this… if this was Fifty Shades of Grey, I guess (in case you don’t know, that was a plot point of that series). My guess is that when Erin missed her period or felt her hormones going haywire, she just thought it was because of injections? I’m trying to explain this, because I have no idea. I have no idea how a model-trim woman of 23 could miss a baby-sized bump and a kicking fetus completely. I just… wonder about this whole story.

Here are some Instagrams dated just weeks before she gave birth. She, uh, seemed to take pains to hide her midsection, huh. 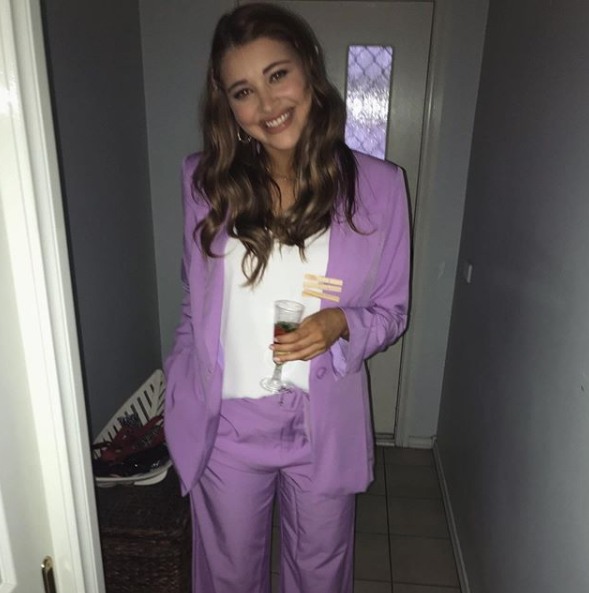 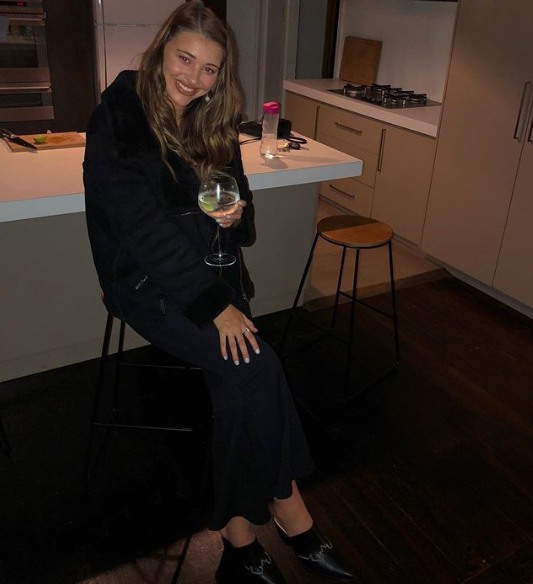 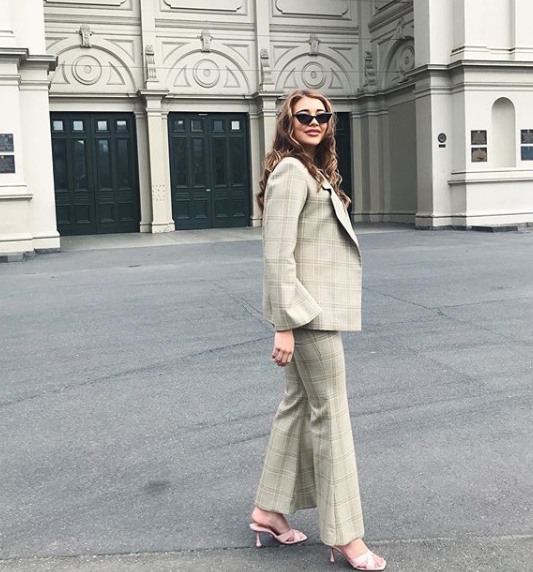